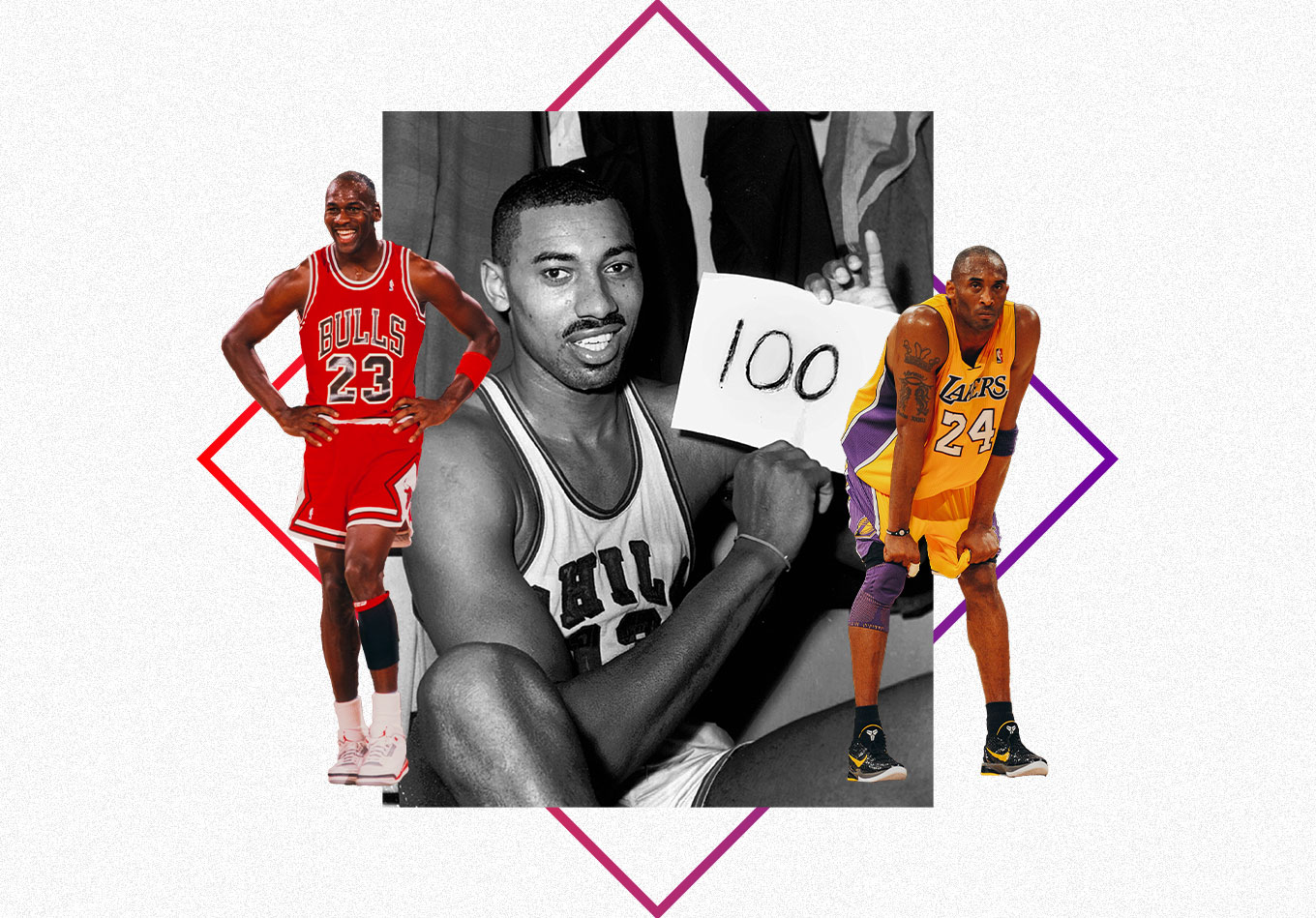 In the Zone: The Most Points Scored in a Game by an NBA Player

There are few joys in the sports landscape like watching a great player score in bunches in the NBA.

Great offense can beat great defense, and when the best players on the court get going, resistance is futile. There is no stopping some of the greatest players ever when they get going.

Everyone knows Wilt Chamberlain’s 100-point performance in the single-game scoring record. Out of all the incredible chapters of Chamberlain’s storied career, the number 100 is more synonymous with him than anything else.

Not everyone knows the other great scoring games, though. So, we’re highlighting the best individual scoring games in both the regular season and playoffs since 1963-64.

That knocks out several early Chamberlain games but, as you’ll see, he still makes his presence felt in the rankings.

Kobe Bryant’s 81-point game is almost as famous as Chamberlain’s 100. It’s the only other time in NBA history a player has scored 80 or more points in a game, and only one other player (Devin Booker of the Phoenix Suns) has hit 70 points since then.

To say the offense was centered around Kobe that day would be an understatement. He took 46 of his team’s 88 field-goal attempts and 20 of the Lakers’ 33 free throws. But he still maintained his efficiency despite the insane workload, as he shot 61% from the field, 54% from 3-point range, and 90% from the line.

Although the final score may indicate the game was a blowout, that wasn’t really the case. The Raptors built an early lead and led by 14 at halftime.

The Lakers turned it around quickly in the second half though, outscoring the Raptors 42-22 in the third quarter with Bryant chipping in a casual 27 points in the third. And then he outdid himself in the fourth, shaking off an early technical and scoring 28 to close out his 81-point performance. Despite the rising efficiencies of offenses in the last decade, Bryant’s 81 hasn’t been challenged since his dazzling effort in 2006.

There’s getting off to a fast start, and then there’s doing what David Thompson did to start the last game of the regular season in 1978.

Thompson was one of the premier scorers in the league and, going into the last game of the season, and was just behind George Gervin of the San Antonio Spurs for the scoring title when he decided to take matters into his own hands.

Thompson hit 13 of the 14 shots he took in the first quarter en route to 32 points, breaking Chamberlain’s record for most points in a quarter. He scored another 21 in the second, setting himself up for a monster finishing tally.

Despite a third quarter in which he only scored six points, Thompson still managed to hit the 70-point mark, something only Chamberlain and Elgin Baylor had done to that point.

The one downside for Thompson that day? The Spurs saw what Thompson did and made sure Gervin still got the scoring title, letting him take as many shots as he wanted in a 153-132 loss to the New Orleans Jazz. Gervin scored 63 to secure the title, and also made sure Thompson’s record for points in a quarter lasted all of a few hours.

Gervin scored 33 of those 63 points in the second quarter. His record for points in a quarter lasted a bit longer, with Carmelo Anthony tying the record with 33 points in a quarter in 2008 while with the Nuggets, and Klay Thompson of the Golden State Warriors finally breaking it in 2015 with 37. But for three decades, the two highest-scoring quarters in NBA history happened on the same day.

And, even if Gervin won that battle, Thompson is still the one that got to 70. And only six players in NBA history can say that.

On the last day of the season, an incredible scoring effort was delivered by a player vying for the scoring title.

Robinson was neck-and-neck with Orlando Magic center Shaquille O’Neal for the scoring title, and his team did all it could to make sure he could win it.

With his teammates encouraging him to take as many shots as possible, Robinson poured in 71 points on 41 shots – nine more than he had taken in any other game in his career. He also went 18 of 25 from the free-throw line.

Unlike George Gervin, O’Neal didn’t have an incredible game in him to snatch the scoring title that year from the Admiral. He scored a mere 32 points, allowing Robinson to secure the only scoring title of his career, which added another layer to his Hall-of-Fame legacy.

Since 1963-64, the five-time NBA MVP has scored 55 or more in a playoff game five times. Every other player in the league combined has also done it five times.

What’s more, Jordan’s 63-point masterpiece may have come in a double-overtime loss, but it also came against what some would consider the best team of all time.

The 1985-86 Boston Celtics went 67-15 in the regular season, and 40-1 at the Boston Garden, where Jordan was trying to lead the Chicago Bulls to an improbable win. He wasn’t able to, but it wasn’t for lack of trying. He connected on 22 of his 41 shots and 19 of his 21 free throws. His 63 points matched the total of the two highest-scoring Celtics in the game (Larry Bird had 36 and Kevin McHale had 27).

Chicago would be swept by Boston in that series despite Jordan averaging 43.7 points. The Bulls were also swept by Boston the following year before finally getting a series win in 1988 against the Cleveland Cavaliers. It was the first of many playoff series Jordan would win.

Like Jordan’s 63, Mitchell’s 57-point outburst came in a heartbreaking loss in a series his team would eventually lose.

The 2020 bubble playoffs gave fans desperate for basketball memories an exciting storyline in a first-round duel between Jamal Murray and Donovan Mitchell.

It started with a bang, with Mitchell going for 57 in the very first game while Murray getting 36 and the win. Mitchell went 19 of 33 from the field, 6 of 15 from the 3-point line and a perfect 13 of 13 on free throws. He also doled out seven assists.

For the series, Mitchell averaged 36.3 points on .529/.516/.948 shooting splits. But Murray came close to matching him, as he went for 31.6 points per game on .550/.533/.920 shooting splits while his team won an exciting seven-game series. It was a breakout series for both young stars, and Mitchell’s game one is still the second-highest scoring playoff game since 1963-64.

We’ll start with Charles Barkley’s big game here since we already touched on Jordan, who spoiled enough things for Chuck in their respective careers.

Barkley destroyed the Warriors to help the Suns secure the sweep in 1994. It took him only 31 shots, of which he made 23, to amass his 56 points. And he went 7 of 9 from the free-throw line. Barkley shot 27% from the 3-point line that season but hit 3 of 4 from 3 in that game because it was just that type of night.

After making the Finals the previous year, Phoenix would lose in a tough seven-game series in the following round to the eventual champion Houston Rockets.

Jordan put up his 56 points in a closing game in the first round as well, as the Bulls swept the Miami Heat. Jordan and All-Star teammate Scottie Pippen combined for 87 points in that game, and the rest of the starters had 11 combined points.

The Bulls would march on to their second consecutive championship that year, a far cry from the first-round exit Jordan suffered when he had his 63-point playoff performance. 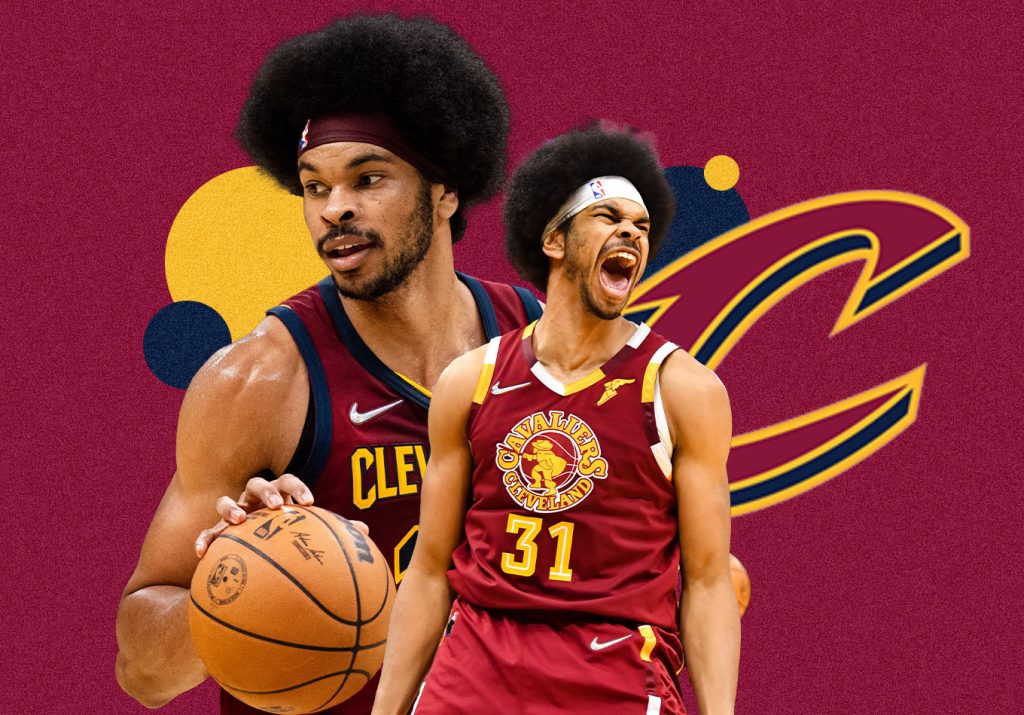