No Mercy: A Look at the Biggest Blowouts in NBA History | The Analyst 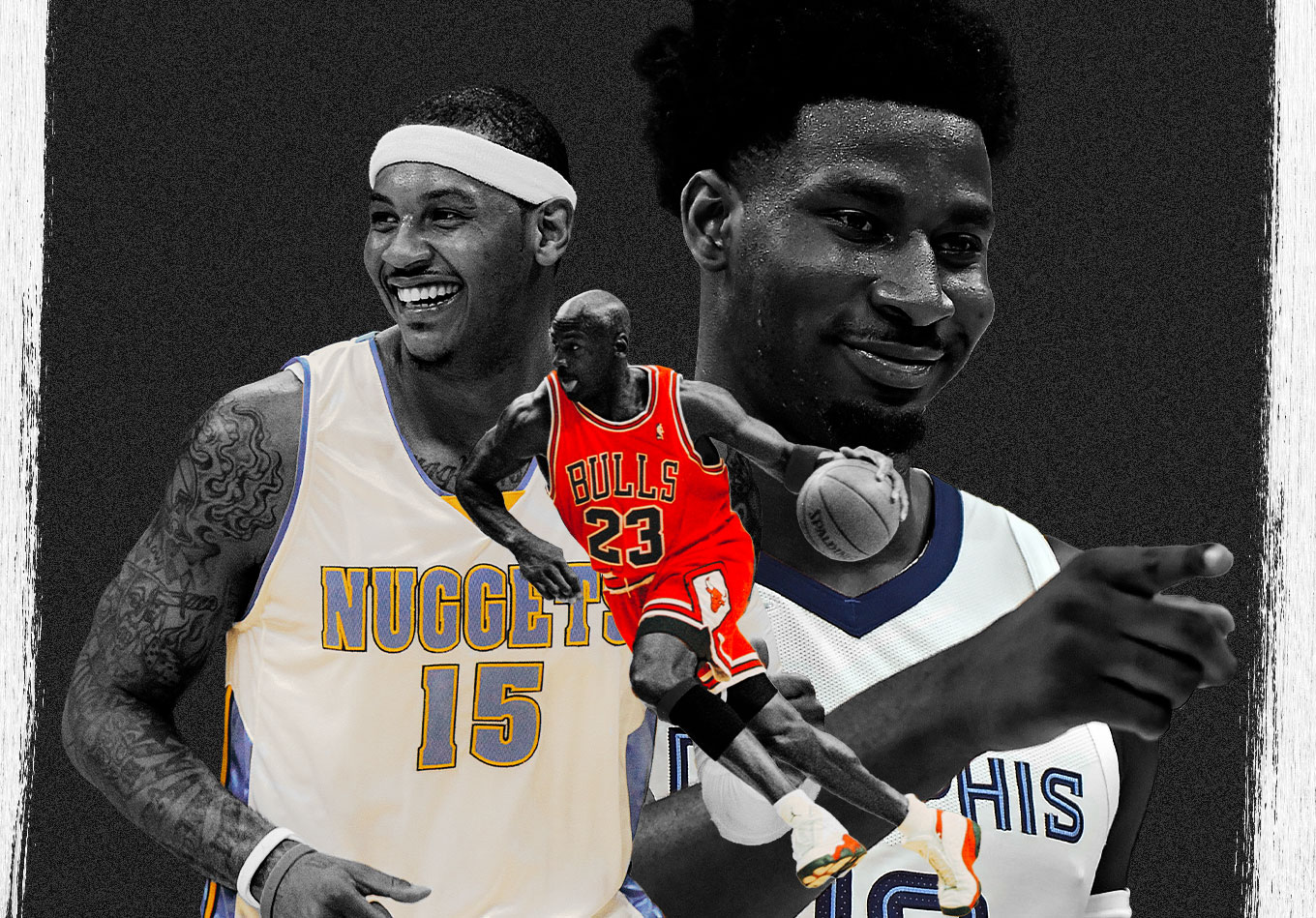 No Mercy: A Look at the Biggest Blowouts in NBA History

It’s not all that common to see massive blowouts in the NBA as you might in college basketball.

Sure, 20-point margins of victory are not atypical, but rarely do you ever see something like the Boston Celtics’ 53-point win over the Sacramento Kings on Jan. 26, 2022.

But, believe it or not, that rout, one of the largest of the 2021-22 season, doesn’t even crack the 10 biggest blowouts in the NBA record books. Nope, there’s a different blowout from that same campaign that takes the crown.

We’ll help you remember that one, along with the rest of the biggest runaways in league history.

In the biggest blowout in NBA history, the surprising Grizzlies set franchise records for most points in a game and highest shooting percentage (62.5%)…and they were missing star point guard Ja Morant. Nine Grizzlies scored in double figures, with Jaren Jackson Jr. leading the way with 27. Memphis scored at least 31 points in each quarter and shot 52.8% from behind the arc.

Memphis had four players with a plus-minus above 40. OKC was missing starters Shai Gilgeous-Alexander and Josh Giddey, and the rest of the Thunder shot just 32.9% from the field.

Yes, the Cavs and Heat have history before the LeBron James saga. No Cavalier scored more than 18 points, a mark reached by Mark Price and John Battle. After leading at halftime 73-53, Cleveland outscored Miami 75-27 in the second half, including a 42-13 onslaught in the fourth quarter. Miami had only two players reach double figures (Steve Smith and Kevin Edwards), and Glen Rice was held to just nine points. Cleveland shot 57.3% as a team.

Most of these blowouts featured an offensive outburst by one team. But this one is different. Portland never scored more than 16 points in a single quarter. The Pacers put up 124, but five-time All-Star and Hall of Famer Reggie Miller only had 11 points (though he tied two other Pacers for the highest plus-minus). Go figure. Mark Jackson led the way with 18 points, as Indiana had eight players score in double figures. Despite the blowout, the Trail Blazers finished the 1997-98 NBA season as the six seed in the Western Conference before losing to the Los Angeles Lakers in four games in the first round of the playoffs.

The Warriors entered this late-season game with a 49-30 record. They still got run out of The Forum. Gail Goodrich scored 30 points on 11 of 17 shooting, Jim McMillian scored 22 and John Trapp scored 19. That 1971-72 Lakers team, which went on to win the NBA Finals, had some guys named Jerry West, Pat Riley and Wilt Chamberlain. Perhaps you’ve heard of them. The Warriors actually outscored the Lakers 32-29 in the second quarter. Unfortunately for Golden State, it was outscored by the Lakers 133-67 during the other three quarters.

In just the second game of the season, the Warriors and Kings set, at the time, the second-largest margin of victory in NBA history with Golden State’s 62-point drubbing of Sacramento (it would quickly become the third-largest margin of victory in NBA history just over a month later). Hall of Famer Chris Mullin led the way with 32 points, six assists and seven rebounds. The Kings finished 29-53 – last in the Pacific Division – while the Warriors went 55-27 and clinched the third seed in the Western Conference before falling to the Seattle SuperSonics in the first round.

It was no merry Christmas for Knicks fans. Though the lowly Knicks, who finished with the worst record in the NBA that season, had two players finish with 21 points, they could not contain the Nationals offense. Ten players recorded minutes for Syracuse, and nine of them scored in double digits. Dave Gambee and Hall of Fame guard Hal Greer led the way with 24 points. The Nationals scored 39 points in each of the first two quarters, and 42 points in each of the last two.

The playoffs are supposed to pit the best against the best. The first round of the NBA playoffs don’t always follow that notion. The Nuggets dominated the Hornets, holding New Orleans to 15, 24, 11 and 13 points in each quarter. And Denver did this on the road.

All 10 Lakers who recorded minutes scored at least 10 points. Hall of Fame point guard Slater Martin led Minneapolis with 19 points, while the Lakers defense held Hall of Famer Bob Pettit to just 26.7% shooting from the field. But perhaps the most interesting note from this game has little do with with the game itself. The Hawks won this series in three games. St. Louis won Game 1 by a final score of 116-115. St. Louis won Game 3…wait for it…116-115. So the Lakers outscored the Hawks by 56 points in the series and lost.

These Bulls-Jazz series are often looked back on as legendary battles. And 1998 was no different – the Bulls won in six, just like they did in 1997. The other five games in this series were decided by at total of 15 points. But in Game 3 at the United Center, it was all Bulls.

In what had been an exciting series through the first five games, the 2008 NBA Finals ended in a dud. With a four-point lead after the first quarter, the Celtics outscored the Lakers 34-15 in the second quarter and never looked back. Kevin Garnett and Ray Allen each scored 26 points, while Rajon Rondo contributed 21 and Paul Pierce, who won the Finals MVP, added 17 of his own. Kobe Bryant led Los Angeles with 22 points. This win would clinch Boston’s 17th and most recent NBA championship. The Lakers would get their revenge two seasons later, defeating the Celtics in a thrilling seven-game series.