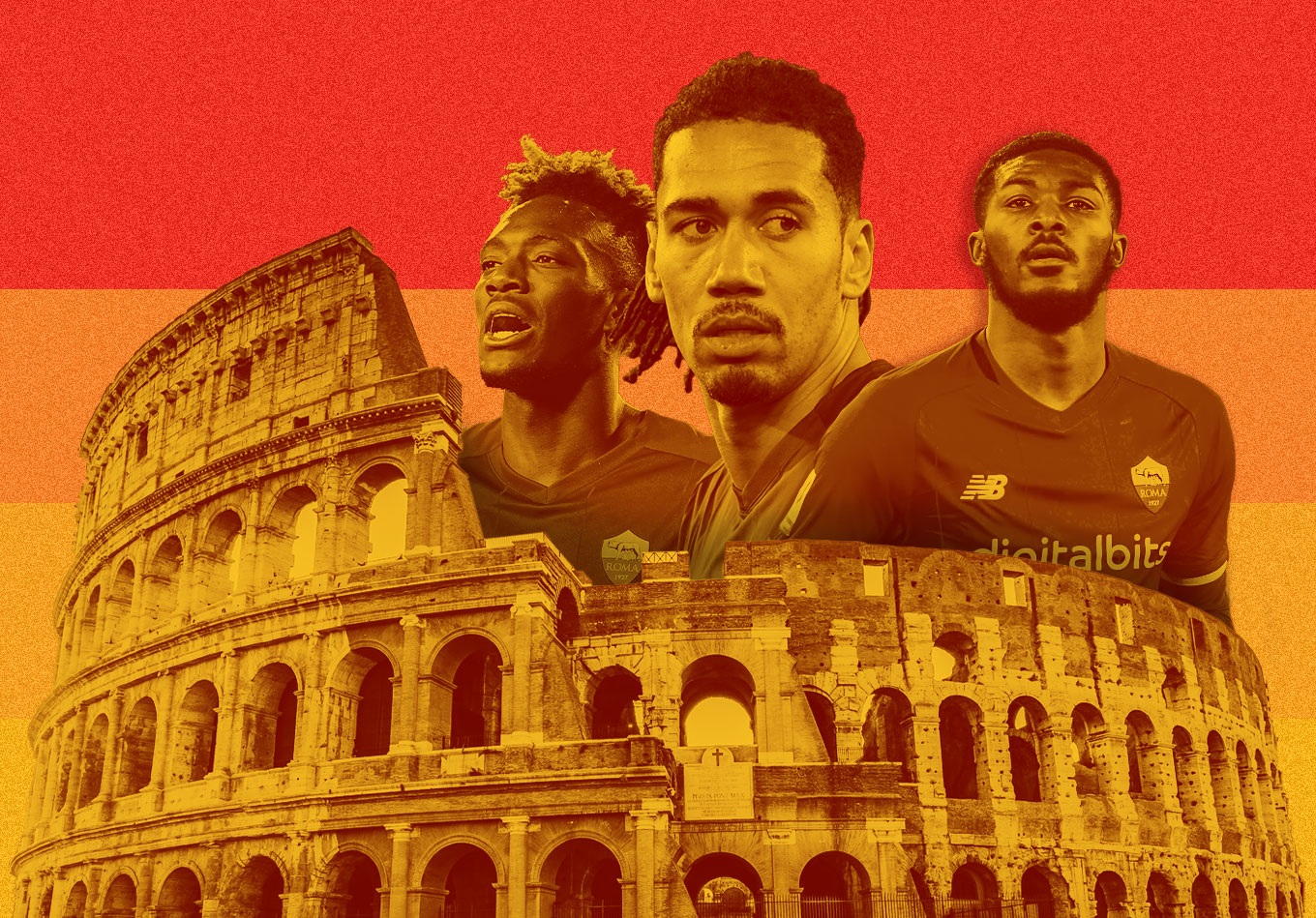 On 9th January, Roma broke a record in their meeting with Juventus at the Stadio Olimpico. No, it didn’t involve them conceding three goals in the space of just seven minutes, but it was the first time in Serie A that a team fielded as many as three English players.

Italy has never been a hugely popular destination for British players until recently – possibly due to the different pace and style of play in Serie A, but also possibly as Welsh striker Ian Rush once stated; “it was like living in a foreign country.” However, a new, more open approach in the traditional land of ‘catenaccio’ may see an adjustment in this trend.

The original format of Serie A began in 1929-30, and despite a strong influence of British managers both pre- and post-war, the influx of players from the British Isles was very limited. By the late 1930s Italy had already won two World Cup trophies, but it was when England won their first in 1966 that Italian domestic football made a dramatic shift.

Following their disastrous 1966 World Cup tournament, epitomized by a 1-0 loss to the unfancied South Korea, Italy placed a ban on foreign players in their top-flight league in order to try and nurture young local talent.

This ban lasted until 1980, after which other countries proved to be far more popular destinations than Italy from across the Channel. Between the time that ban was lifted and until the start of 2019-20, only the following English players made the move to Italy and spent longer than a year in Serie A:

While Serie A was seen as the league to play in across the 1980s through to the end of the century, the Premier League took over as the destination for many in the new millennium. Higher salaries drew players to England, while Italy became a destination more suited to players heading towards the end of their careers, those who wanted to sample a different lifestyle or those in search of much-needed playing time and had something to prove.

Each of Roma’s three English signings almost certainly fall in the last category. Chris Smalling was the first to arrive, in August 2019 – originally on loan, before making the move permanent a year later. The English central defender fell down the pecking order at Manchester United following the arrival of Ole Gunnar Solskjær as coach.

Smalling adapted to life in the Italian capital quickly, with his no nonsense approach and physical presence on the pitch making him a favourite with fans and teammates alike. He suffered injuries in 2020-21 after a successful first season in which he made 30 Serie A appearances for the club, but his appearance on the last matchday against Empoli was his 60th overall in league competition at the club.

Since his league debut in September 2019, Roma have won 55.0% of the 60 games he’s appeared in, compared to 45.7% without the English centre half, while of the 30 Serie A defenders to have been involved in at least 200 aerial duels since his arrival, only Nikola Milenkovic (75%) and Berat Djimsiti (72%) have won a higher proportion than Smalling (71%).

Across his three seasons he’s established himself as the Giallorossi’s most solid defender, being a perfect experienced head alongside younger team-mates playing alongside him such as Gianluca Mancini (25 years old), Marash Kumbulla (21) and Ibañez (23).

He was joined this summer in the Eternal City by Tammy Abraham. The former Chelsea striker suffered the same fate as Smalling, with a lack of playing time giving him no choice but to leave a Premier League giant.

Three successive seasons on loan across the Premier League and Championship in England between 2016-17 and 2018-19 saw Abraham score an impressive 54 goals in 112 appearances – only two players scored more over that three-season spell across the top two tiers in England: Harry Kane (76) and Sergio Agüero (62).

He was then given his chance in a young Chelsea side across 2019-20 with Frank Lampard at the helm (and a transfer ban effecting the club), where he impressed at his parent club, scoring 15 Premier League goals as a 22-year-old, and finishing the season as the club’s top scorer in both the league and all competitions (18).

With a transfer ban over and the club under pressure following a poor league finish in 2019-20, where they ended fourth and 33 points off winners Liverpool, Chelsea decided to invest in attacking players. This restricted Abraham’s playing time to only 1,034 Premier League minutes in 2020-21 – just 30% of possible minutes on the pitch in the competition that season.

There was little doubt that Abraham was a player who knew how to find great goalscoring positions, with the English striker averaging the highest non-penalty expected goals average per 90 minutes (0.63) across the Premier League between 2019-20 and 2020-21. This attracted José Mourinho’s attention, and he raided his former club to make Abraham his new lead focus in Roma’s 2021-22 attack. When a decorated manager like Mourinho makes it clear that he wants you, you generally respond.

Since his arrival, his total commitment to the cause proved to be a winner with the fans and even when the goals were not coming manager and crowd stuck by him. It paid off, with Abraham so far netting 17 goals in all competitions, despite being one of the unluckiest players so far with seven of his shots hitting the woodwork in 2021-22 already.

The English trio at Roma was completed earlier this month, with the loan signing of Ainsley Maitland-Niles from Arsenal.

Having only joined on the Friday, he didn’t have too much time to acclimatise to his new surroundings, as he was selected to start in Roma’s Serie A meeting with Juventus on the Sunday due to a combination of injuries and suspensions at the club.

His debut was certainly a crash-course in what it’s like to play for the current Roma side, with the Giallorossi leading 3-1 with 20 minutes to go and a fully charged home crowd expecting a famous victory. But by the final whistle, Roma had thrown away their two-goal lead to lose 4-3, despite having the opportunity to equalise near the end with a penalty.

Roma have won all three competitive games since then, with Maitland-Niles starting on each occasion. In fact, this is the first time that the versatile Englishman has started as many four competitive club games in the same month since April 2021 and with Roma playing at least five games in February, he’ll be looking to start five competitive games in a single month for the first time since December 2020. He left England in the quest for valuable playing time, and so far Mourinho has shown the faith to give him just that.

With the success of Smalling, Abraham and Maitland-Niles in Rome, it might provide the perfect advert for English talent to realise that there is life away from the Premier League. With the World Cup now only nine months away, it’ll also give them the chance of making one of the most competitive squads in Europe right now.