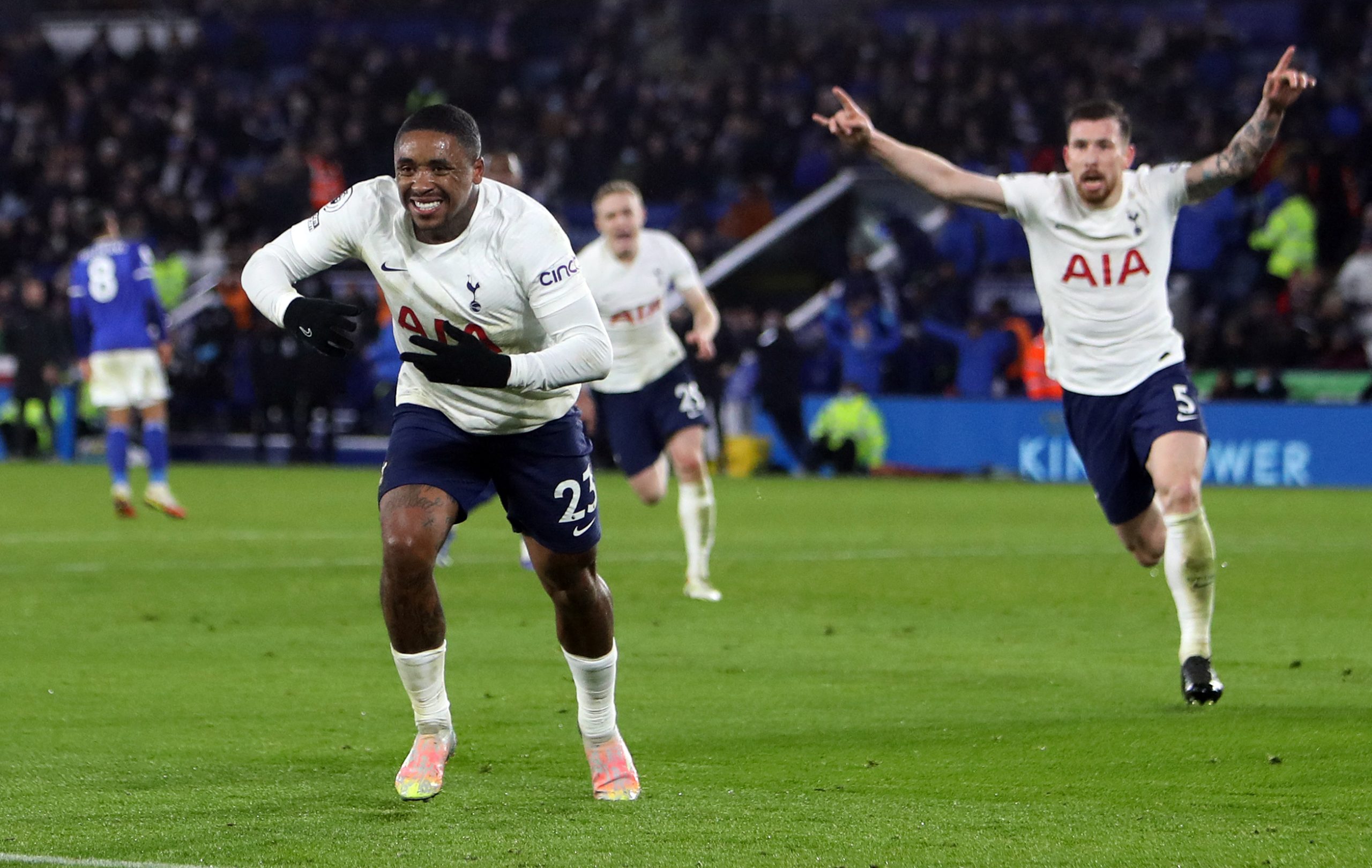 Pity any Tottenham fans who left the King Power Stadium early last night. They might have even got to their car or walked through the train doors thinking their side had lost 2-1 to Leicester City. Never. Leave. Early.

Being such a low-scoring game, football can throw up more surprises than other sports. There’s always that unexpected victory for an underdog, a wonder goal out of nowhere or in the case of last night, a remarkable turnaround, just a moment away.

Spurs were trailing Leicester City 2-1 in injury time of their Premier League meeting last night, and probably undeservedly so. They’d had the bulk of the chances but had conceded twice against the run of play. Even before injury time was entered, Spurs (3.46 xG) had had nearly double the quality chances that the Foxes’ (1.83 xG) had managed, but were thwarted by a combination of poor finishing, solid goalkeeping and a couple of exceptional goal line clearances.

Harry Kane cut the most frustrated figure, with just one goal from 10 shots and an xG total of 1.7 on his own. He attempted more shots in this single game than in the months of August and September 2021 combined (nine in five appearances).

What Are the Chances?

Bergwijn entered the pitch as a substitute in the 80th minute, before becoming the hero of the night for Spurs.

The Dutchman had already been involved in a tangle with Leicester defender Çağlar Söyüncü, earning himself a booking, ahead of making a much bigger impact on the game in injury time.

The last second that Leicester held the lead in this match came on 94:51. At that time, the Stats Perform Live Match Win Probability model gave Spurs just a one in 6666 chance of winning the game. Bergwijn, like some sort of crazed mathematician, picked that one moment.

His two goals in the space of one minute and 19 seconds completely turned the game on its head – securing all three points for Tottenham and leaving Leicester City shellshocked.

Between his first goal on 94:52 and the winning goal on 96:11, Leicester City players managed just two touches of the ball – Harvey Barnes’ kick-off, followed by Youri Tielemans’ misplaced pass – before giving away possession to Pierre-Emile Højbjerg, who fed Harry Kane to provide an inch-perfect pass for Bergwijn to round Kasper Schmeichel and slot the ball home off the post.

Based on the data, it was a deserved win for Spurs, with their 4.58 xG total the highest by any team in a Premier League game this season, while they’d attempted 27 shots with 10 on target.

This victory set a new Premier League record for winning despite losing so late on in a single match:

94:52 – Tottenham have beaten Leicester despite trailing after 94 minutes and 52 seconds, overtaking Manchester City 3-2 QPR in May 2012 (91:14) as the latest a team has been losing but gone on to win in a Premier League match. Incredible. pic.twitter.com/gzxKT6pgsn

Sky Sports’ Martin Tyler famously said “you’ll never see anything like this ever again” when Sergio Agüero scored the injury time winner to give Manchester City the title in May 2012, and he was half-right, in that this goal didn’t win Spurs a title.

So, we know last night’s game broke a record, but what other matches have seen the latest complete turnarounds in Premier League history?

Unlike Man City in 2012, this game isn’t going to decide any titles or live as long in the memory of football fans as that comeback did.

However, with this win taking Spurs to within a point of fourth-placed West Ham United with three games in hand, it could be extremely pivotal in them securing Champions League football for 2022-23 and giving the club a platform to build upon for years to come.

We’ll stay in our seats to find out.