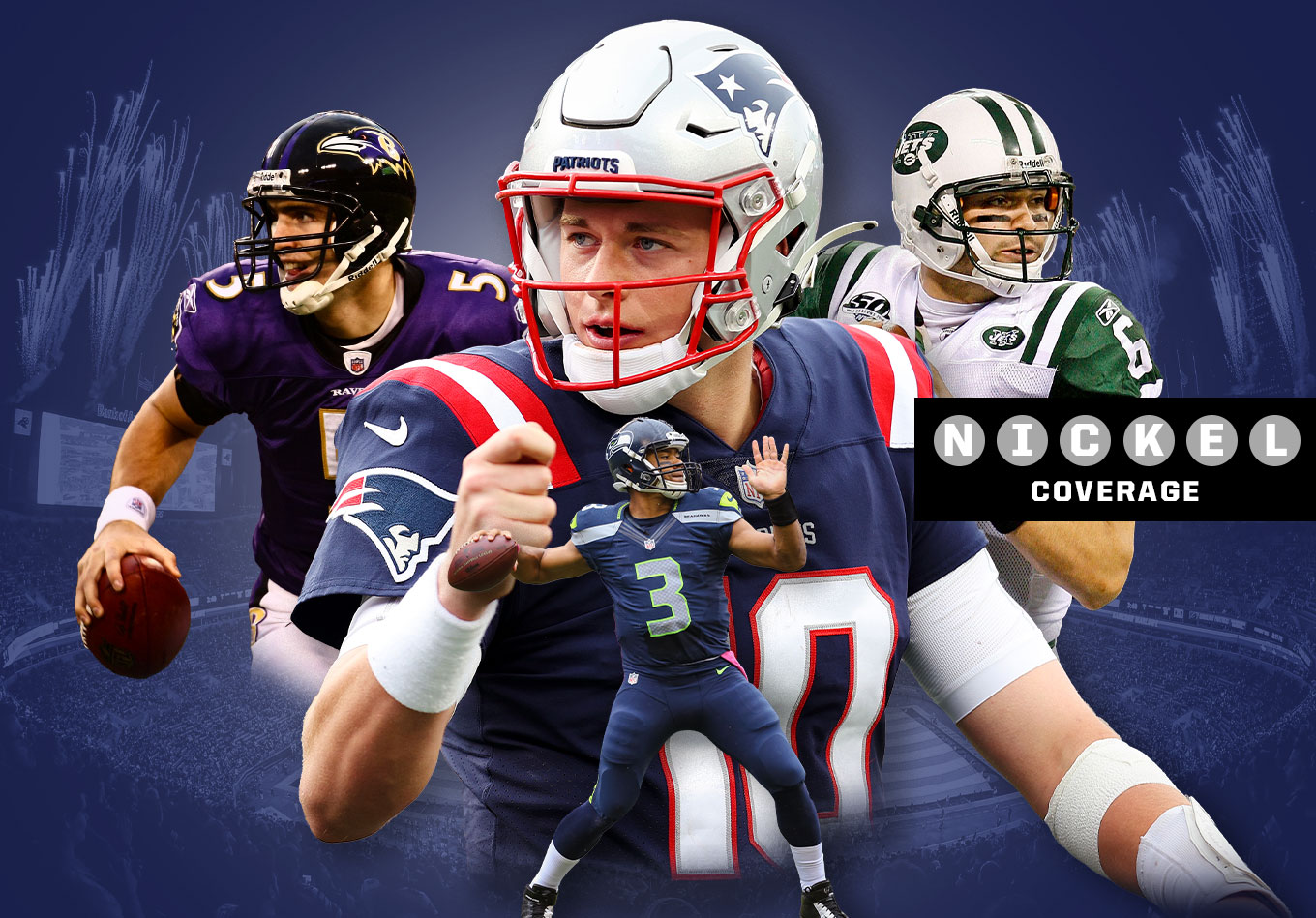 Prepping the Mac Attack: How Have Rookie Quarterbacks Fared in the NFL Playoffs?

Let’s get this out of the way: No team has won the Super Bowl with a rookie starting quarterback.

However, in the playoffs for the 2021 season, there will be at least one team in the dance trying to do just that. The New England Patriots have punched their postseason ticket, making a swift return to the playoffs with the 15th overall pick of this year’s draft, Mac Jones, under center.

Meanwhile, the San Francisco 49ers will join them if they beat the Los Angeles Rams in Week 18, and they too could have a first-year quarterback running the offense.

Trey Lance, taken 12 spots before Jones, started for the Niners in their Week 17 victory over the Houston Texans and could well keep the job with Jimmy Garoppolo’s status up the air due to a thumb injury.

But Jones and Lance being in this position is not unprecedented. Eighteen rookies have started in the playoffs during the Super Bowl era, posting a 9-18 record across 27 games.

While no rookie quarterback has lifted the Lombardi Trophy, the performances of a selection of those to have entered the heat of the postseason battle in their first season offer a glimpse into what Jones and potentially Lance can expect.

In terms of a guide as to how the playoffs may go for Jones, Flacco and Sanchez provide perhaps the best examples.

Both highly drafted quarterbacks who had the benefit of supporting casts built for January success made it all the way to the AFC championship game.

Flacco did not have to do much to get to that point with the 2008 Ravens. In his three postseason games, Flacco completed just 44% of his passes for 437 yards, one touchdown and three interceptions, giving him a passer rating of just 50.8.

Yet the Ravens were able to succeed by leaning on a third-ranked defense and a fourth-ranked run game, taking the pressure off Flacco. Indeed, Baltimore gave up just 19 points over the first two rounds of the playoffs. It was only when the Ravens faced a top-ranked Pittsburgh Steelers defense in the title game that Flacco’s shortcomings as a rookie proved decisive.

A year later, Sanchez fared better with the Jets, hitting on just over 60% of his passes for 539 yards, four touchdowns and a pair of picks, posting a passer rating of 92.7.

Though his numbers were better, the formula was the same, the Jets’ riding Rex Ryan’s dominant defense and a ground attack that led the NFL in yards per game to the conference championship, upsetting the Patriots on the road in the process.

Flacco went on to enjoy one of the great postseason runs in the 2012 season in leading the Ravens to glory, but Jones will certainly hopeful he can surpass Sanchez’s achievements and has made a great start to his career.

Delivering an accurate, well-thrown ball on 80.2% of throws, 11th among quarterbacks with at least 200 attempts, Jones can dice up defenses with his ball placement.

Yet the Patriots have the ability to take the ball out of Jones’ hands and still be successful. Only two teams have scored more rushing touchdowns than New England (22) and its defense is allowing the fifth-fewest yards per play (5.13) in the league.

Jones could well be on a trajectory to enjoy a better career than both Flacco and Sanchez, but his first playoff experience may look quite similar to theirs.

Wilson won the Super Bowl in only his second season with the Seahawks, but the groundwork for that run was laid during a superb rookie year.

The Seahawks star was excellent in his first postseason, completing 62.9% of his passes for 572 yards, three touchdowns and an interception. He posted a passer rating of 102.4, leading the Seahawks to a win over Washington at FedEx Field in the wild-card round before falling short against the Atlanta Falcons in the divisional round.

Unlike Lance, Wilson had the benefit of a full regular season under his belt, but his impressive playoff outings represent a potential best-case scenario if the Niners make it and Garoppolo is not available.

Lance is a more imposing athlete than Wilson, even at his peak, and throws with more velocity. However, they do share similarities in their skill sets as quarterbacks with the ability to extend plays with their legs and deliver with unerring accuracy downfield.

Lance already has eight despite starting just two games for the 49ers. And against the Texans, he averaged the most air yards per attempt (11.91) of any quarterback in Week 17 and still delivered a well-thrown ball on 82.6% of his passes.

Comparisons to Wilson are imperfect and distinctly premature at this stage in Lance’s career, but if the Niners are looking for the blueprint of a rookie dual-threat quarterback succeeding in the playoffs, they need look no further than the man who has been a thorn in their side so many times.

As the overall record indicates, starting a rookie quarterback in the playoffs typically ends badly.

Matt Ryan threw two interceptions in his postseason debut with the Atlanta Falcons in 2008 and Andy Dalton was picked off three times as he and the Cincinnati Bengals suffered wild-card round heartache in 2011. Andrew Luck led the Indianapolis Colts to the playoffs in 2012, but his postseason bow saw him post a passer rating of just 59.8.

Robert Griffin III’s sole playoff appearance in 2012 ended in a knee injury as he was beaten by Wilson and the Seahawks in a battle of the rookies, while in 2018, Lamar Jackson was confounded by a Los Angeles Chargers defense that frequently deployed seven defensive backs to hold the dual-threat QB in check and restrict him to a completion percentage of 48.3.

If Lance starts in the playoffs, it’s unlikely his opponents will use such an unusual game plan. Yet even if he defies history and delivers a stellar first start, it may not be enough to propel the Niners to victory.

Indeed, Dak Prescott threw for over 300 yards and three touchdowns for the Dallas Cowboys in his playoff debut in the 2016 divisional round and still came up short as he was out-dueled by Aaron Rodgers in a 34-31 loss to the Green Bay Packers.

That game serves as a perfect illustration as to why the playoffs are a different animal. The stakes go up, and the standard can also rise to the point that a player’s best is often not good enough.

It will soon become apparent whether Jones and potentially Lance are up to the substantial challenge of postseason play. 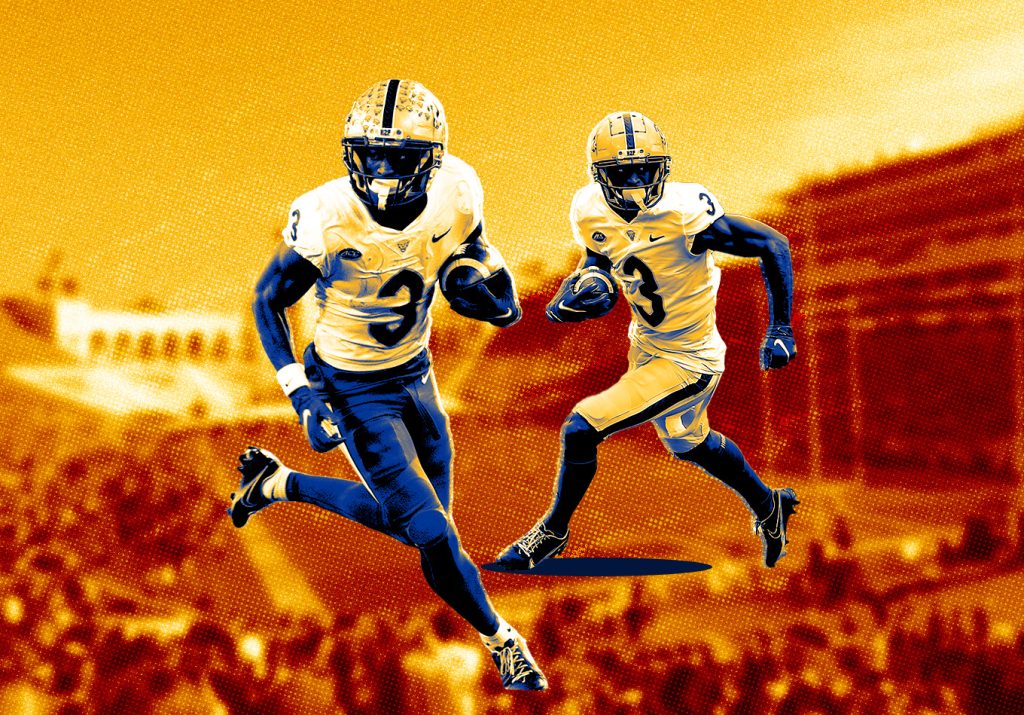