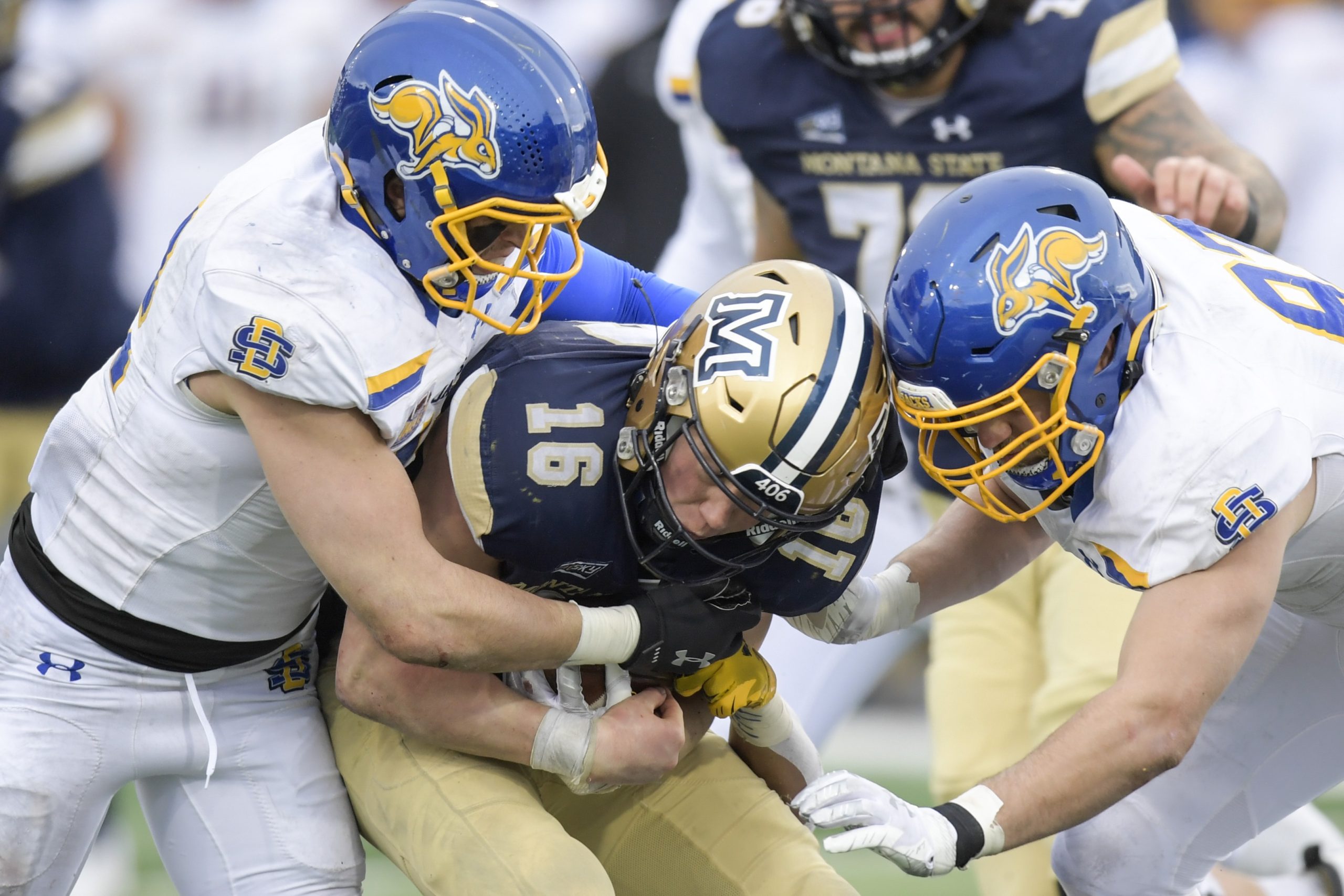 The crystal ball doesn’t provide as strong an outlook for 2022.

The top national title contenders basically reside in the Big Sky and the MVFC, and it’s particularly top-heavy in Montana and the Dakotas.

The good news is new players will emerge given bigger opportunities and teams will surprise those who didn’t see their success coming. It happens every season. (See 2021 FCS All-America Team)

In the first of a two-part lookahead to the 2022 FCS season, here’s an early outlook in half of the conferences:

Early Outlook: Jacksonville State is eligible for the conference title, but not a playoff bid as it moves above the FCS scholarship limit for a 2023 move to the FBS (Conference USA). Kennesaw State is the team to beat, coming off a Big South title behind quarterback Xavier Shepherd as well as a playoff win for the fourth time in the last five seasons. The mix already is competitive with Central Arkansas, Eastern Kentucky and North Alabama, and now Austin Peay arrives from the Ohio Valley Conference.

Fast Fact: Although EKU, JSU and UCA competed in the AQ7 last season, the ASUN named a 23-member all-conference team, and only one selection doesn’t have remaining collegiate eligibility.

Early Outlook: Montana State, the 2021 national runner-up, has a sensational 1-2 punch in the offensive backfield with quarterback Tommy Mellott and running back Isaiah Ifanse, but the Bobcats have to fill holes on defense, especially team leader Troy Andersen. Montana, which defeated Montana State in the regular season, and the other top Big Sky programs (Sacramento State won the 2021 title; Eastern Washington and UC Davis also made the playoffs) will make for a crowded race, which will be at 12 teams following Southern Utah’s summer departure for the Western Athletic Conference. Three-year backup Gunner Talkington, or perhaps a transfer, will get the first shot at replacing Walter Payton Award-winning quarterback Eric Barriere.

Fast Fact: The Big Sky opened the 2021 season as the first conference since 2009 to post three FBS wins in the same week (UC Davis, Eastern Washington and Montana), and later gained a fourth (Northern Arizona) for the first time since 2012.

Early Outlook: The Big South celebrated its 20th season with an all-time high nine teams, but only champ Kennesaw State and Monmouth had winning conference and overall records. With KSU departing for the ASUN, the Hawks are a heavy title favorite, returning quarterback Tony Muskett and running back Juwon Farri as well as linebacker DaQuan Grimes from injury, and having not lost to any of the other remaining Big South programs since 2016. North Carolina A&T seeks improvement in its second Big South season following a disappointing 3-4 debut (5-6 overall). Campbell also seeks a bounce-back campaign.

Fast Fact: In a bunched group behind the leaders, every Big South team had at least two conference wins for the first time.

Early Outlook: Many of the conference’s top players were seniors and James Madison departs for an independent season during its transition to the FBS (Sun Belt), so the CAA should have a wide-open title race, with perhaps only a couple teams not capable of being in contention. Villanova must reload after earning a share of the title, but surely merits the favorite’s role. Rhode Island, William & Mary and Delaware were in playoff contention until late in the 2021 season. (Delaware and other FCS programs that have a new coach)

Fast Fact: Since 2015, 11 of 12 CAA programs (now 11 without JMU) have participated in the playoffs. Rhode Island, the exception, could complete the list this year.

Early Outlook: Two-time defending champion Dartmouth keeps getting it done under coach Buddy Teevens, but Harvard is likely the team to beat with the running backs duo of Aaron Shampklin and Aidan Borguet, and a solid defense. Yale, which has the most all-time wins (921) among FCS programs, will remain strong, while co-champ Princeton must overcome substantial senior losses.

Early Outlook: South Carolina State quarterback Corey Fields Jr. and wide receiver Shaq Davis connected on three touchdown passes in the MEAC champ’s Celebration Bowl win, and both have two more years of eligibility. North Carolina Central, whose only conference loss was to the Bulldogs, is the chief challenger again behind an emerging nucleus.

Early Outlook: FCS dynasty North Dakota State, which has won nine of the last 11 FCS national championships, is expected to be even stronger in 2022, with the Bison able to return all of their key backs, including championship game outstanding player Hunter Luepke, and many key players on defense. Rival South Dakota State, which has won its last two matchups with the Bison, will have standout quarterback Mark Gronkowski back from a knee injury plus running back Isaiah Davis. Missouri State, which features quarterback Jason Shelley, is coming off a second-place finish and feels it has unfinished business. Southern Illinois, South Dakota and UNI also joined in as the Valley tied the all-time FCS record with six playoff qualifiers.

Fast Fact: The Valley’s 11 straight appearances in the national championship game (and surely growing) are more than double the next-longest run (CAA Football with five from 2006-10).

Early Outlook: Having never won the NEC title, it may finally be Bryant’s time, especially with the continued rise of sophomore quarterback Zevi Eckhaus. However, perennial power Duquesne has a pair of signal callers with Joe Mischler coming back from ACL injury to rejoin Darius Perrantes, who led the FBS win over Ohio. Merrimack, which won’t be title-eligible until 2023, has a big addition behind center in UConn transfer Jack Zergiotis. Where’s Sacred Heart? Well, yes, it’s hard to forget the defending champ, but the Pioneers have to replace many of their top players.

Fast Fact: NEC kickers combined to be the most accurate in the FCS on field goal attempts, making nearly 76 percent. All-NEC first-teamer Alex Schmoke of Saint Francis was 15 of 17 (88.2 percent).