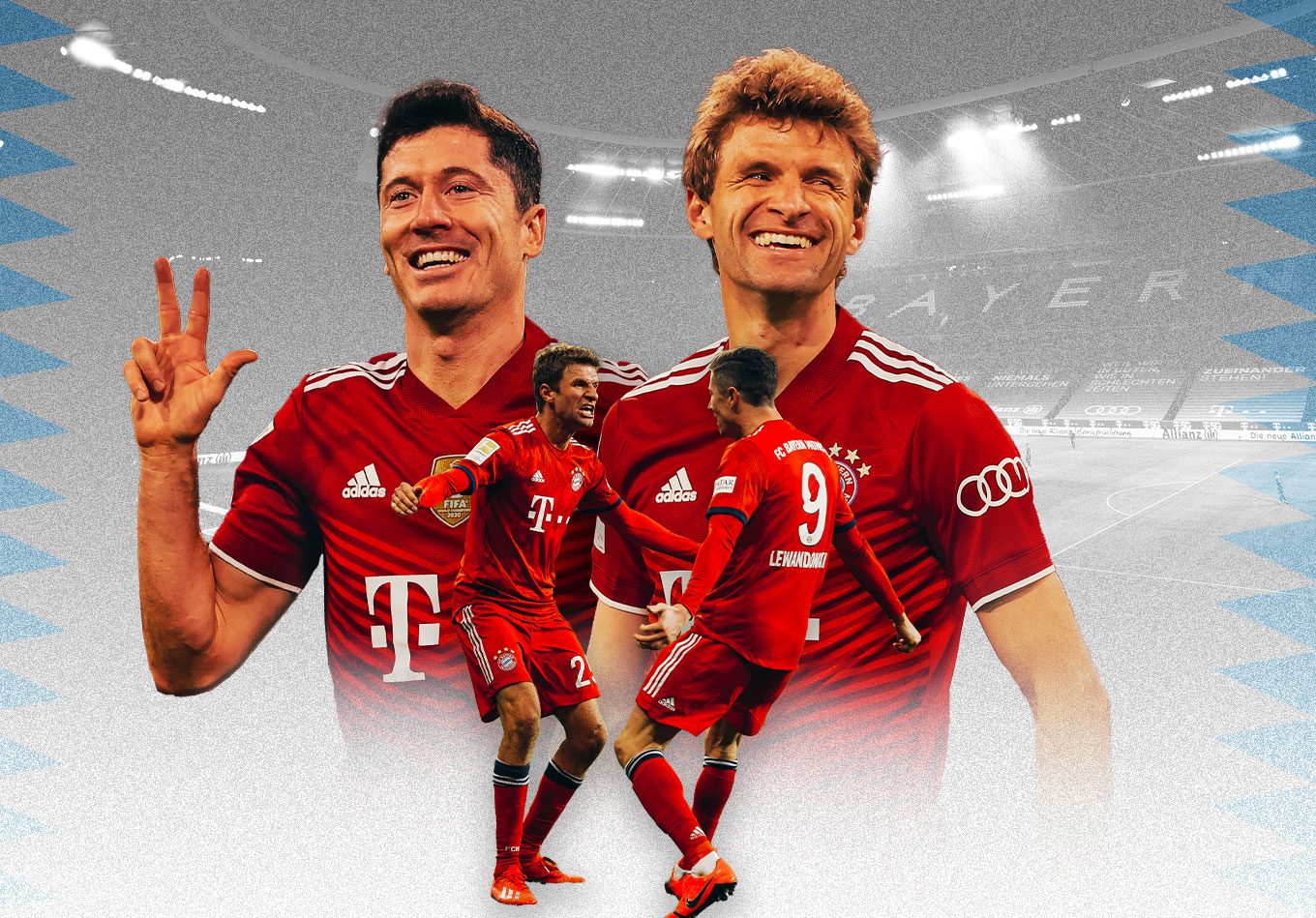 “I feel very honoured, very proud and happy. I want to thank my team-mates. We all work hard to win trophies. This is a title for everyone around me.” Those were the words of Robert Lewandowski upon winning the Best FIFA Men’s Player award for 2021 – a second successive title for the 33-year-old. In this case, special thanks were probably directed at team-mate Thomas Müller, who has been relentlessly assisting the Polish star for years. Like Lewandowski, 32-year-old Müller has aged like a fine wine, becoming more spectacular with age – just like the pair’s connection on the pitch.

Lewandowski’s award-winning 2021 came largely thanks to his incredible goalscoring feats – two of which broke longstanding records in Germany. He broke the thought-to-be unsurpassable record set by another Müller, Bayern and German legend Gerd Müller, who sadly passed away in August of last year.

In 2020-21, Lewandowski’s 41 Bundesliga goals overtook Müller’s near half-century record of 40 goals from the 1971-72 campaign. He wasn’t finished here, either. The Pole netted an incredible 43 Bundesliga goals across the entire 2021 calendar year – one more than Müller’s record from 1972 (42 goals).

Now, with the help of Müller’s namesake Thomas, Lewandowski is chasing another record set by the all-time German great – his tally of 365 goals across his 427-game Bundesliga career.

Lewandowski is currently 65 goals off that tally, having hit the 300-goal landmark in the Bundesliga with a customary hat-trick – his 18th in the competition – in Bayern’s 4-0 victory over 1. FC Köln in January. The Pole turns 34 years old in August and his current contract at the club runs until 2023, but should he keep up his goals-per-game ratio of 1.31 since the start of last season, then he’d only need another 49 appearances to match Müller’s record. With 14 games remaining in the 2021-22 campaign, in addition to the 34 across the entire 2022-23 season, it’s going to be a tight call.

Key to any possible success that Lewandowski has in reaching that tally could hinge on the partnership he has with Thomas Müller.

Since detailed assist data records began in 2004-05 across the Bundesliga, Müller has assisted more than double the number of goals for Lewandowski (40) than any other player has for a single team-mate in the German top-flight. For a striker who is so dangerous in the opposition box to perform to the top of his game, he needs a willing creator to provide the passes in those areas in order for him to succeed – Müller has certainly done just that.

Müller’s 40 assists for Lewandowski have come over 222 league games in the eight seasons since the striker joined from Borussia Dortmund.

This tally is 23 more than another great Bayern pairing across 10 seasons between 2009-10 and 2018-10, with French winger Franck Ribéry providing 17 assists for Dutchman Arjen Robben’s goals. They will surely be overtaken by another partnership involving Lewandowski, however – with Joshua Kimmich’s 16 assists in the Bundesliga for the goal machine just one away (16).

Matchday 19 in the 2021-22 Bundesliga one was to remember for this partnership. Not only did Lewandowski net three goals in the 4-0 away win at 1. FC Köln to reach 300 in the competition, his team-mate Müller hit 150 assists in the German top-flight with his second assist of the game.

Since 2004-05, that’s the most assists by any player in the German Bundesliga, while only Lionel Messi (181) has more across the big five European leagues since Müller’s top-flight league debut at Bayern in August 2008.

Müller still scores goals, and not too few of them, but his outstanding attributes are an astounding ability to read the game and scan for team-mates before playing the final pass. The 32-year-old really did himself justice when he coined his own nickname “Raumdeuter” – German for players adept at finding space and knowing how to position themselves on the pitch. The fact that his instincts seem to be increasingly sharpened can be clearly demonstrated with numbers.

So far in 2021-22, no player has created more open play chances (65) or tallied more secondary chances created in open play (31) than the German international within the big five European leagues. Combined, his total of 96 is 25 more than the next most, Dimitri Payet’s 71. In addition, of players to have played at least 900 minutes across the big five European leagues this season, no player has a higher expected assists/90 average than Müller’s 0.40.

The quality of his passes have meant that after 20 matchdays of the current season, Müller is already on 16 assists, putting him just five assists away from the Bundesliga record he set himself in the 2019-20 season (21 assists) and there are still 14 matchdays left to play in 2021-22.

It’s not unlikely that Müller will improve even further, and it seems as if he has taken things up a notch under coach Julian Nagelsmann, having already benefited from each of his many previous coaches.

Müller performs to a consistently high-level, which also has to do with the fact that he has never had to deal with major injuries. Excluding his debut season in 2008-09, in which he was substituted only four times, his minimum number of Bundesliga games played in a season is 28. Since 2009-10 he has played 399 of Munich’s possible 428 Bundesliga games (93%) – no other player in the German top-flight appeared so often in this period.

The partnership between Lewandowski and Müller isn’t completely one-way. Although the Pole’s seven Bundesliga assists for Müller’s 77 goals since Lewandowski joined the club contribute only 9% of the final pass to his goals, he has assisted Müller more often than he has any other teammate.

Bayern have played 179 league matches with both stars in their starting XI since the start of the 2014-15 season, and unsurprisingly, they have averaged more points per game, more goals per game and have a higher win ratio when the pair are both in the starting lineup than when they aren’t.

This season also reflects the great understanding that both players share between one another. Lewandowski has received the most passes by a player from Müller (78), and Lewandowski also passed to Müller more often than to any other colleague (53). Unsurprisingly, no other Bundesliga player has created as many chances for a team-mate as Müller did for Lewandowski in 2021-22 (20).

Both of these club legends currently see their contracts expire at Bayern Munich at the end of 2022-23. With Lewandowski and Müller showing no signs of slowing down despite their advancing age, the club would be wise to seal their services for a longer period and shutdown any possible suitors for the pair. 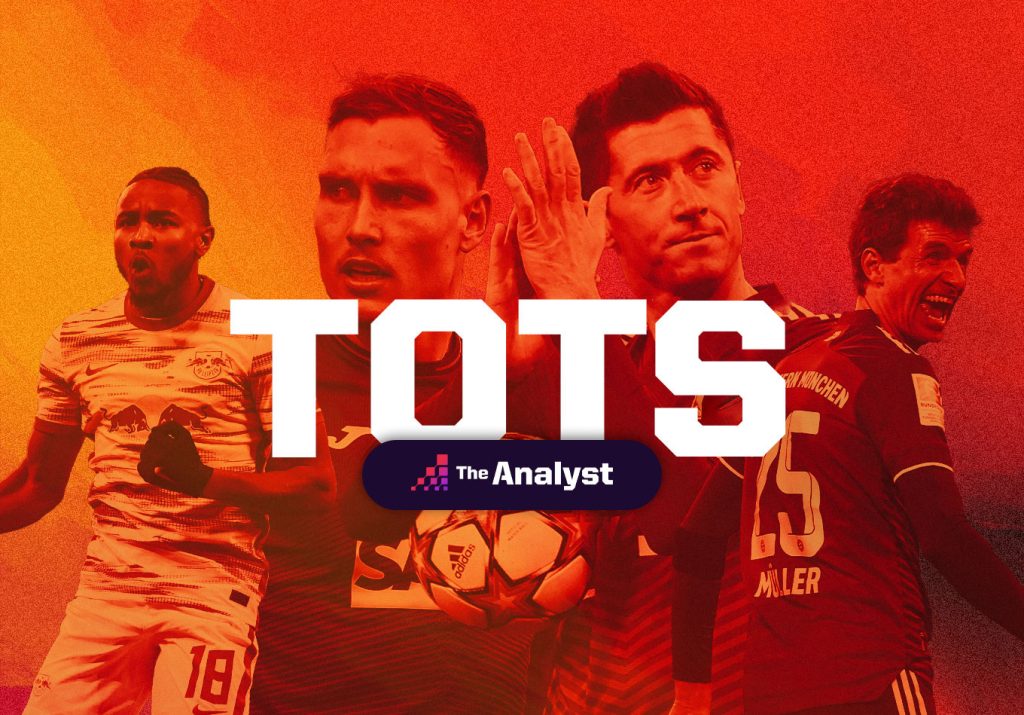 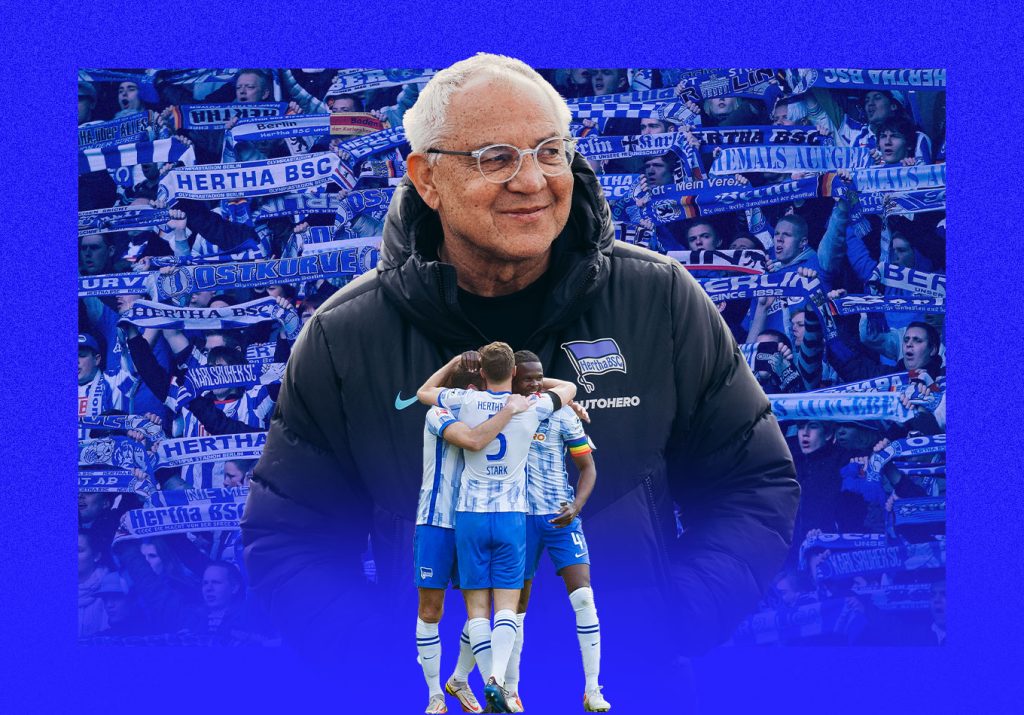 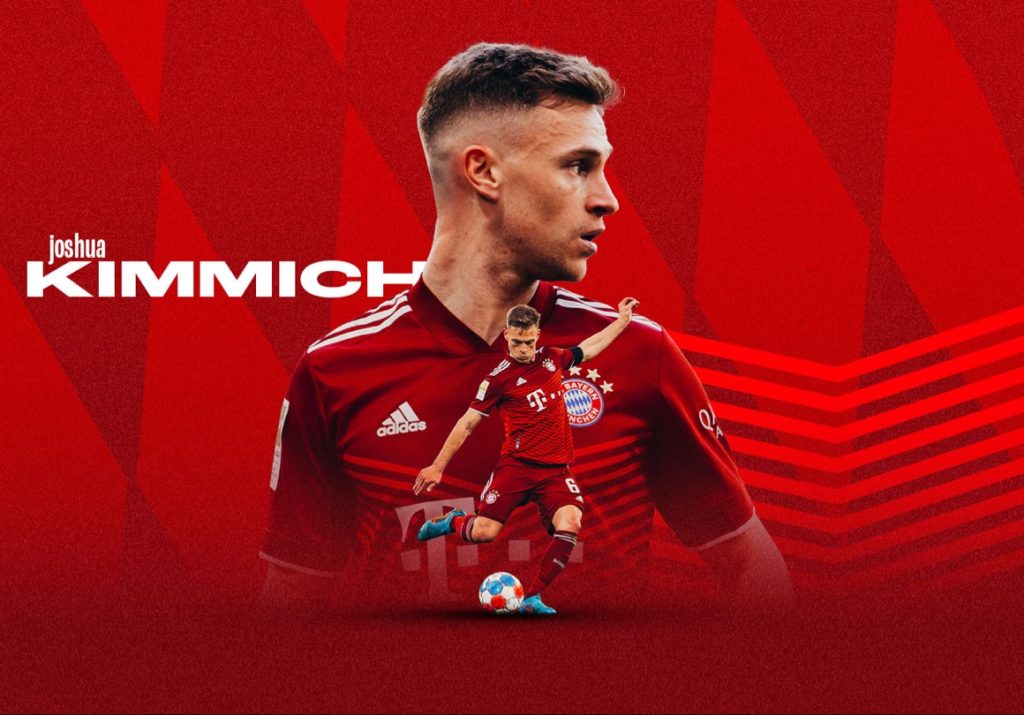 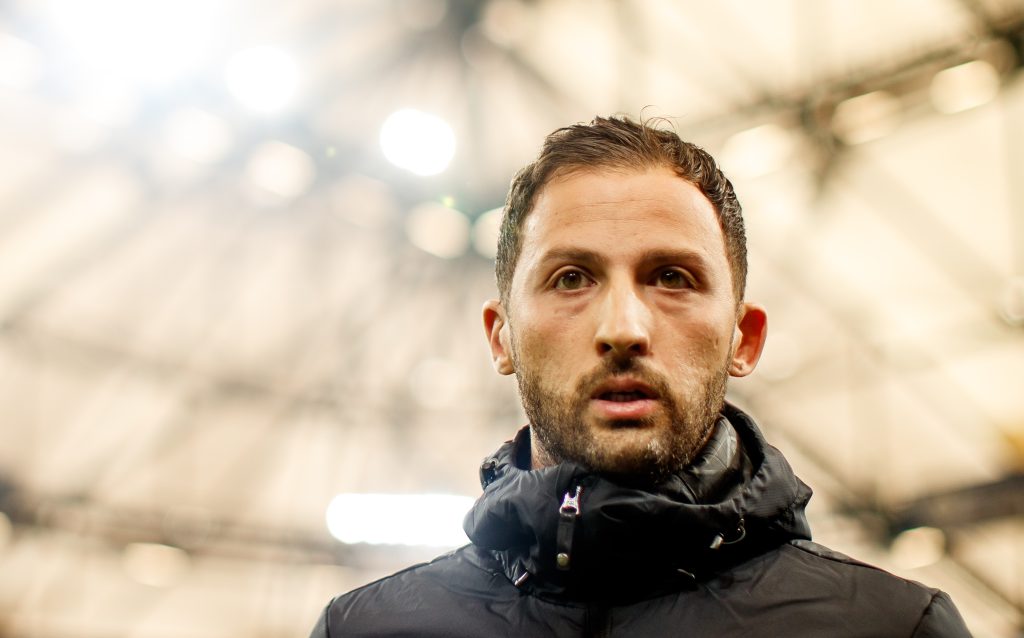