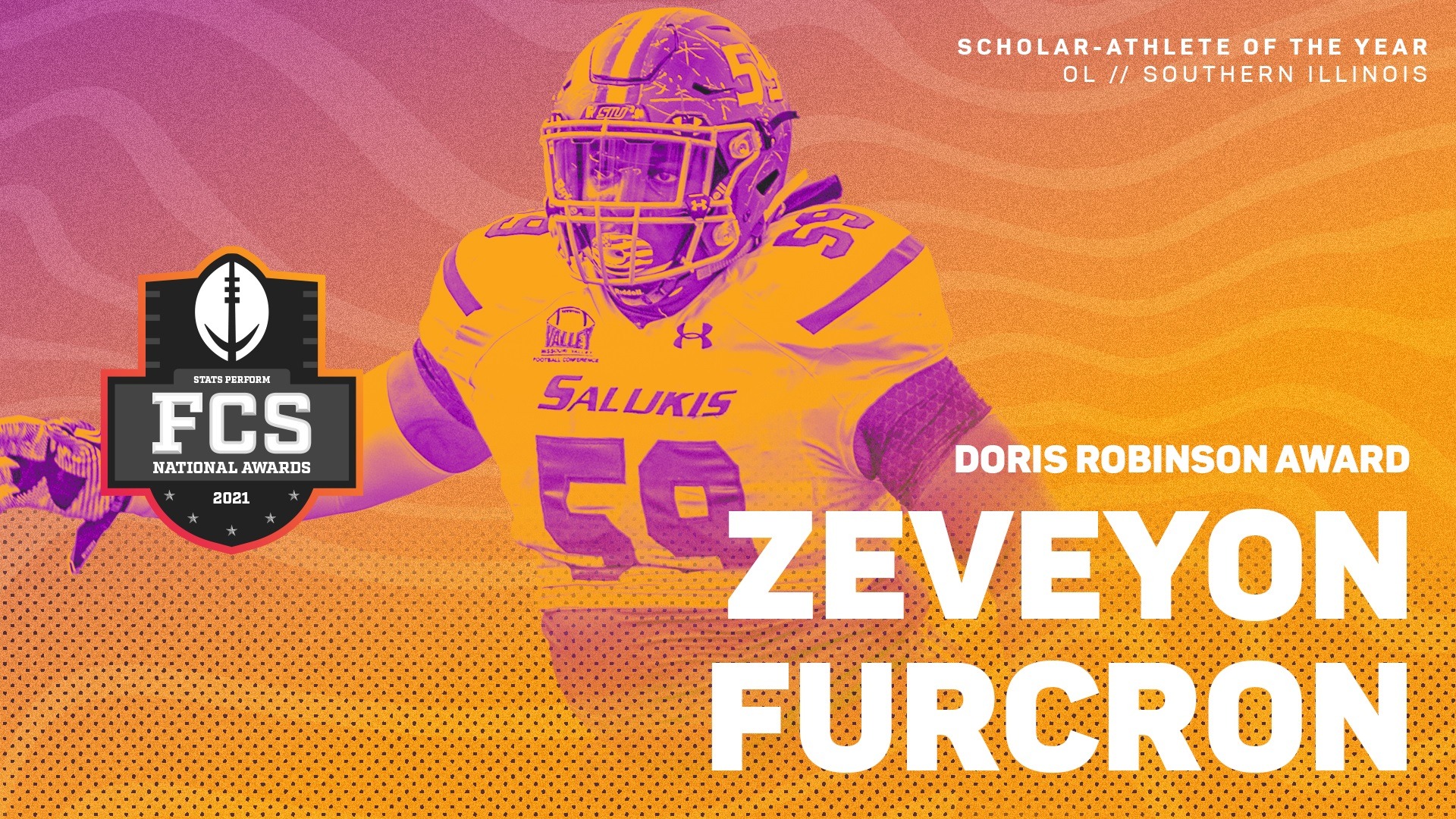 A hulking offensive lineman at Southern Illinois University who grew up with weight training, ZeVeyon Furcron has basically been the strongest player on the team since he arrived on campus in 2016.

It’s fitting. The strength he’s shown in all facets of his life help to underscore why Furcron was announced on Wednesday as the 2021 recipient of the Stats Perform FCS Doris Robinson Award.

Furcron was one of 15 finalists – one from each FCS conference – to be nominated for the seventh annual award. Named after the late school teacher and wife of legendary Grambling State coach Eddie Robinson, it is presented to a student-athlete who excels both in the classroom and the community.

On the field, ZeVeyon (pronounced ZAY-vee-ONN) Furcron has led SIU’s return to prominence. The Salukis ended an 11-season absence from the FCS playoffs this past spring, and they returned there again this fall, winning a postseason game each time. The team’s only captain the last two seasons, the 6-foot-2, 327-pound offensive guard was a starter in 54 of his 57 career games. He earned two straight selections to the Missouri Valley Football Conference first team after being a second-team choice in 2019.

Off the field, the 23-year-old native of Crest Hill, Illinois, has excelled in the classroom and been a role model in the community even while enduring personal loss. His mother, Melody Murriel, and sister, Zyane Williams, both passed away in the last two and a half years.

Furcron has posted a 3.88 grade point average in SIU’s Master of Science in Education program. He’s been a long-time contributor to service and charitable efforts, including Carbondale-area schools, ministries, military, Boys & Girls Club and clean-up drives.

“To even be considered for such a prestigious award is a blessing in itself,” Furcron said. “Adversity is something that all student-athletes deal with, but I feel as though it hit a little closer to home with me. Losing my mom in June of 2019 and losing my sister in September of 2020 were two major tragedies in my life that will forever be the fuel to my fire. I know they are very proud of my success both on the field and in the classroom.”