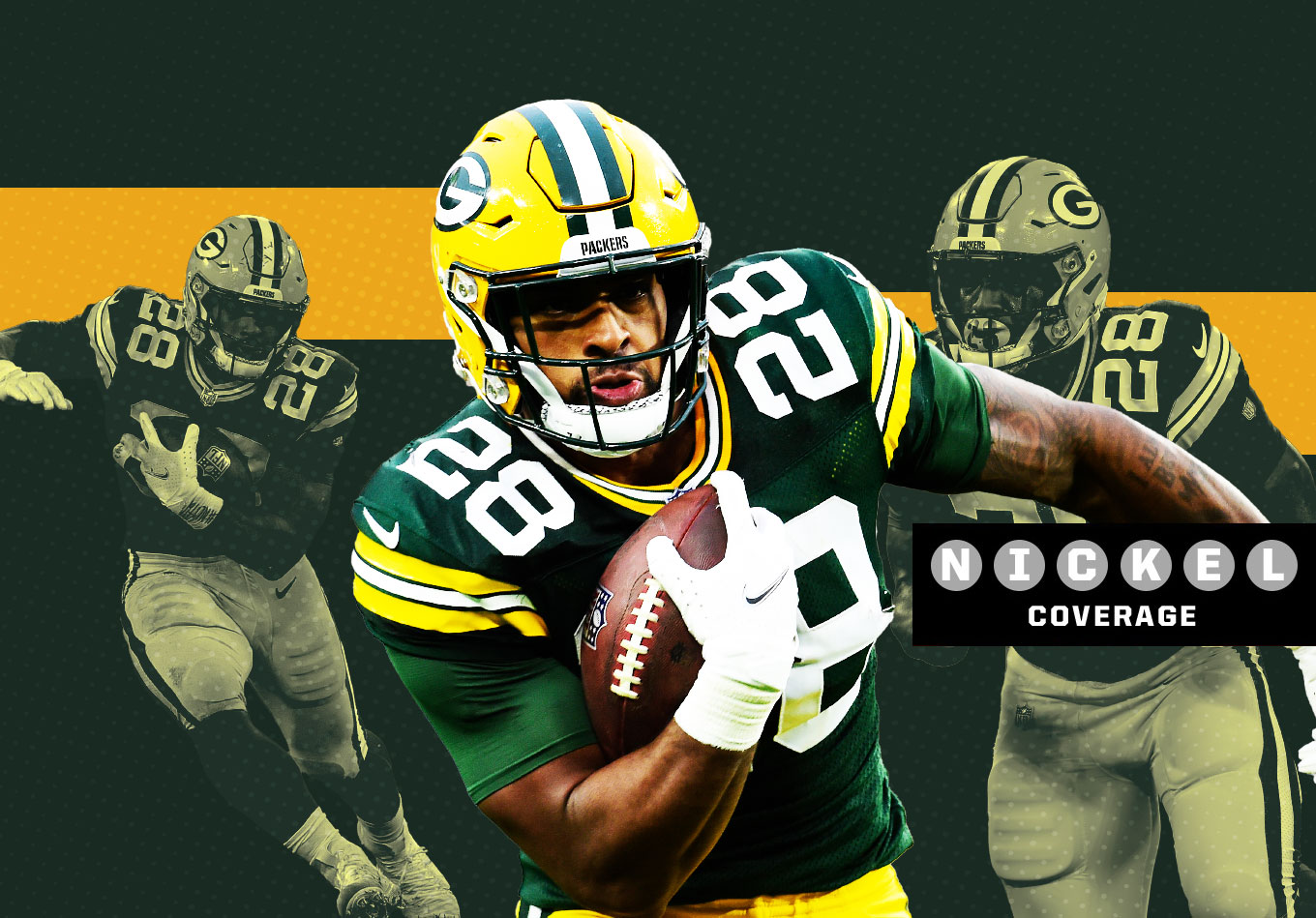 After raising eyebrows across the NFL universe by trading up for Jordan Love in the first round, the Green Bay Packers sprung another surprise in the second round of the 2020 draft with the selection of a power running back by the name of AJ Dillon.

It was a pick that prompted a variety of reactions, ranging from anger and bemusement to outright hilarity from those astonished the Packers, with Aaron Jones already established as their top running back and an obvious need at wide receiver, would take the Boston College star so high.

Yet as Green Bay prepares for potentially two weeks without Jones due to a knee sprain, the primary feeling in the Packers’ front office may be vindication.

The Packers moved to 8-2 on Sunday with a hard-fought shutout win over the Seattle Seahawks in the snow at Lambeau Field. With Aaron Rodgers looking rusty at best following his coronavirus-enforced absence, Dillon thrived in the kind of game for which he was made.

He ploughed in for the game’s only two touchdowns to secure a 17-0 triumph for Green Bay, finishing with 66 yards on 21 carries. That average of 3.1 yards per attempt is not an impressive one, but Dillon’s performances in his second year in the league have been increasingly eye-catching.

Having averaged 5.3 yards per rush as a rookie on 46 carries, he is racking up 4.3 yards per carry on the significantly larger sample size of 97 attempts.

A slightly more granular look at his production reveals that Dillon is doing precisely what Green Bay drafted him for as a complementary piece to Jones. He’s averaging 2.38 yards after contact per attempt, above the league-wide average of 1.91 yards for running backs.

In essence, he is allowing the Packers to mix downhill thump into a scheme that has traditionally focused on wide zone runs.

Yet Dillon has also enjoyed success when asked to run outside zone, averaging 4.75 yards per attempt. He’s also averaged 2.50 yards after contact and 3.80 yards on such carries in which there was a run disruption by a defender prior to this Sunday.

Those numbers suggest Dillon, who also made an impact in the passing game against the Seahawks with two catches for 62 yards, is transcending the ‘power back’ label assigned to him coming out of college and making himself at home in Matt LaFleur’s offense.

That apparent ability to excel on both power and zone runs will be a necessity if the Packers are to stay on course to be the NFC’s No. 1 seed over the coming weeks without Jones, as they face division rivals the Minnesota Vikings on the road before welcoming the Los Angeles Rams to Lambeau in a rematch of last season’s NFC divisional round clash.

Those are two different beasts in terms of run defense. The Vikings rank 30th in rush yards per carry allowed (4.74), while the Rams are eighth (4.05) following Monday night’s 31-10 loss to the San Francisco 49ers.

The formulas for winning those battles with two extremely talented offensive teams may therefore be different. Yet if Jones is out for both games, then Green Bay may need Dillon to make the most of a skill set that is more versatile than most thought to ensure the Packers do not become overly reliant on reigning MVP Rodgers.

Green Bay’s process in picking Dillon so early remains questionable, but should he succeed in that aim in Jones’ absence, you will not find many questioning the results.