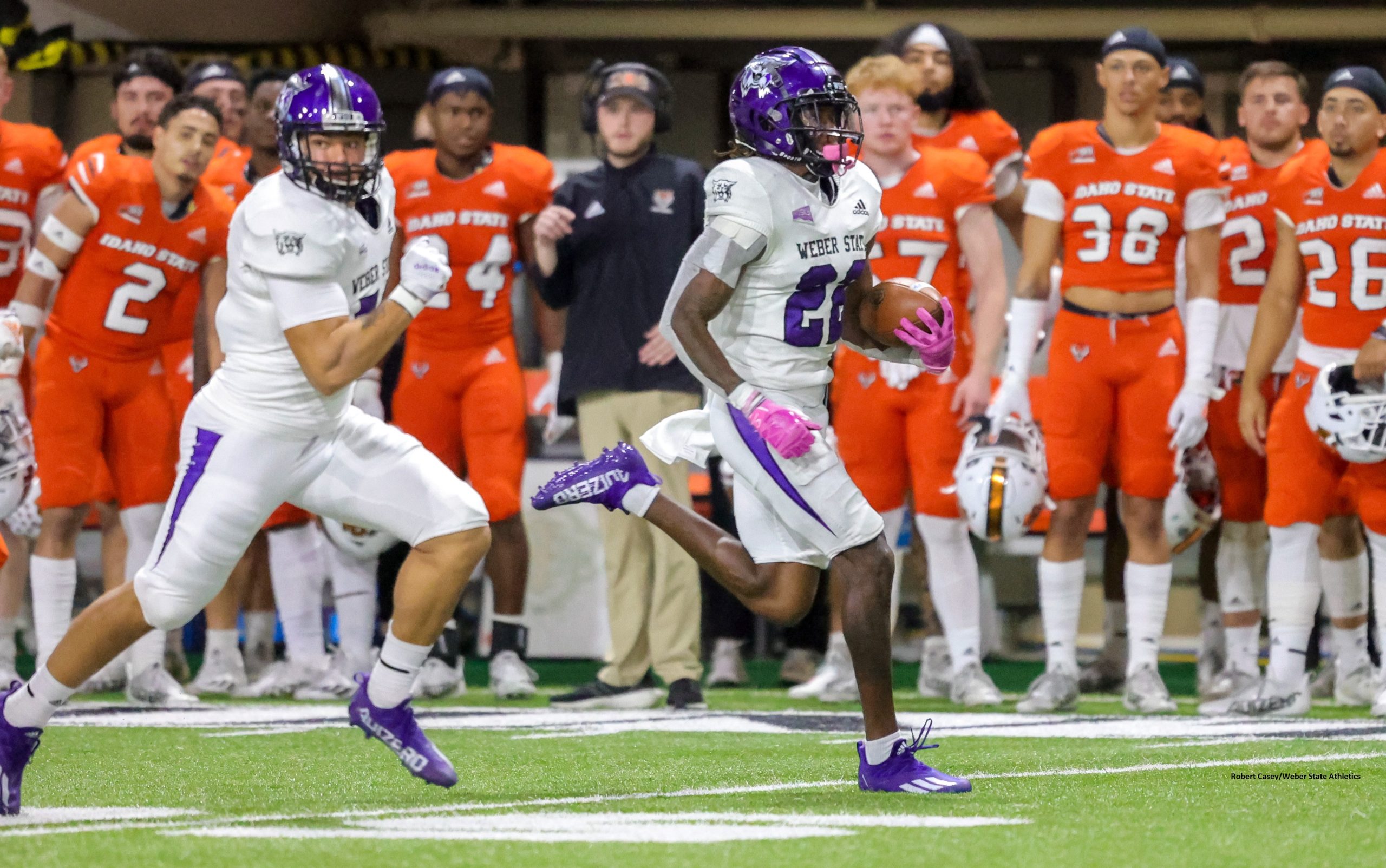 Self completed 32 of 39 passes (82.1 percent) for 346 yards and five touchdowns as Stephen F. Austin beat Abilene Christian 41-27 in the schools’ growing rivalry. His TDs went for 15, 30, 7, 8 and 73 yards, giving him 11 with only one interception in three career games against Abilene. Add in 42 rushing yards and Self finished with a career-high 388 yards of total offense.

Anoma’s clutch play helped UT Martin edge Austin Peay 17-16 to maintain first place in the Ohio Valley Conference. The Alabama transfer had eight tackles (five solos), including 4.5 for 23 yards in losses and 1.5 sacks. His biggest play was a block of the Governors’ potential go-ahead field goal attempt in the final seconds. Anoma’s TFLs were the most by a UTM player since 2013 and in the OVC since 2018.

Shaheed set the FCS career record with his seventh kickoff return for a touchdown, scoring on a 98-yarder in the Wildcats’ 40-17, Big Sky victory at Idaho State. His second kickoff return score this season broke his tie with Hampton’s Jerome Mathis, who had six TD returns from 2001-04. Shaheed had 202 combined return yards and caught a 36-yard TD pass as part of his career-high 290 all-purpose yards.

Body accounted for 392 yards of total offense and five touchdowns while directing Texas Southern past Arkansas-Pine Bluff 59-17 – the Tigers’ largest SWAC victory since 2010. He completed 16 of 25 passes for 271 yards and four touchdowns, and carried the ball 16 times for 121 yards and one score. The Tigers have three wins for the first time since 2016.

UNI (5-3) beat a top 10 team for the second consecutive week and, incredibly, the 42nd time since 1985. The Panthers, who won at South Dakota State a week earlier, overcame a 13-3 deficit, going ahead for the first time 20-16 on Theo Day’s 10-yard touchdown pass to Kyle Fourtenbary late in the third quarter. Matthew Cook kicked three field goals, while defensive end Caden Houghtelling had a fumble recovery and an interception.