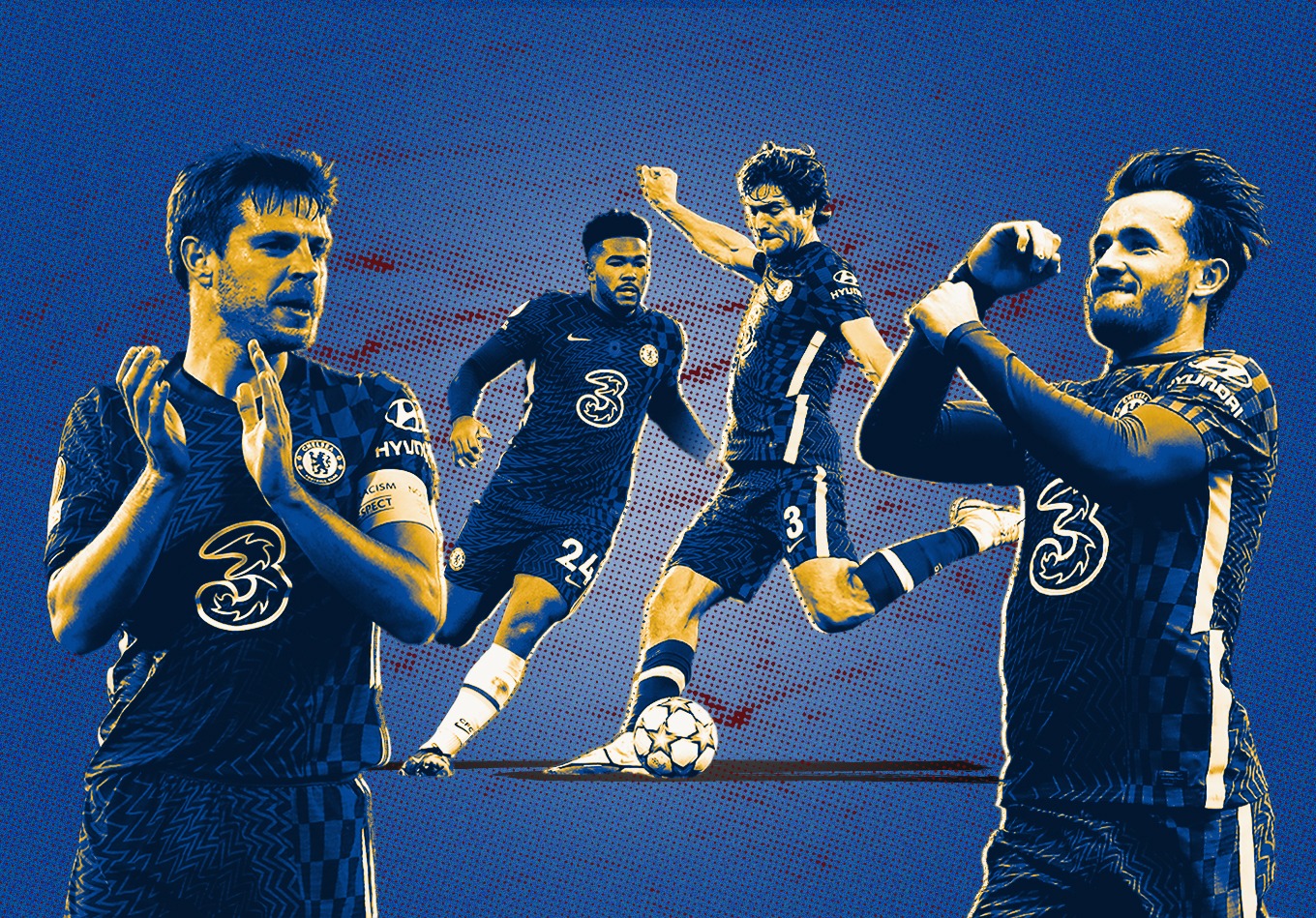 In the final weeks of his ultimately ill-fated Manchester United tenure, Ole Gunnar Solskjaer took to tweaking his system, switching to a back three against better teams in a bid to bolster a shaky defence.

Michael Carrick would be best advised not to follow suit when he takes United to Chelsea on Sunday, in what might turn out to be his only Premier League game in charge.

Five Premier League opponents have lined up against Chelsea this season with three centre-backs – a system popularised in England by former coach Antonio Conte which the European champions have again made their own under Thomas Tuchel.

In those five meetings, in which inferior sides have sought to match up with Tuchel’s men, Chelsea have won on each occasion, scoring 17 and conceding none.

Their rare slip-ups – 1-1 draws with Liverpool and Burnley, along with a 1-0 defeat to Manchester City – have come when Chelsea have been challenged by something different.

None of the Blues’ rivals can name the same combination of quality, composure, experience and athleticism in a defensive trio. Meanwhile, N’Golo Kanté, ably supported by Jorginho and – before injury – Mateo Kovačić, mans the midfield with enough energy to make up for any deficit in numbers.

But the real stars of this Chelsea side, especially with forwards Romelu Lukaku and Timo Werner kept on the sidelines, have been the wing backs.

It feels a little like the year of the full back in the Premier League. Mohamed Salah is attempting to combat that, making their lives a misery, but Trent Alexander-Arnold is excelling again behind him at Liverpool while João Cancelo has seemingly assumed many of Kevin De Bruyne’s creative responsibilities for Manchester City.

Among nominal defenders in the top flight, those two rank first and second for direct shot involvements: 54 for Alexander-Arnold (20 shots, 34 chances created) and 39 for Cancelo (27 shots, 12 chances created). However, when it comes to direct goal involvements, neither can match Reece James’ eight (four goals, four assists).

James is third behind that pair for shot involvements (29 – 12 shots, 17 chances created), among four Chelsea defenders in the top nine; Antonio Rüdiger, one of the others, is the only centre back in that group.

Chelsea also account for four of the six Premier League defenders to have scored multiple goals this term, including the only two to net three or more: James and Ben Chilwell, attacking from either flank.

England teammates James and Chilwell are considered Chelsea’s regular starting options out wide but have only actually started four league games together this season – the past four games. That number is not set to increase any time soon either after the left-back suffered a serious injury against Juventus in midweek.

“It worries me because [Chilwell] was in such a fantastic moment – like Reece on the other side,” Tuchel said. “They were in the best shape they could possibly be, so strong and so confident and with such a lot of quality.”

Yet the loss of Chilwell may not necessarily be felt quite as keenly as his coach might fear. Marcos Alonso, who has matched his teammate’s 23 shot involvements in 2021-22, has twice been the Premier League’s top-scoring defender (six in 2016-17, seven in 2017-18). Against United, he is a like-for-like replacement in this system.

Alonso was among the chief beneficiaries when Conte moved away from a back four in 2016, just as Tuchel’s preference for a three last season saw the Spain international feature in 734 minutes from his appointment onwards, having been restricted to 225 minutes under Frank Lampard.

But the key difference between this team and Conte’s is in what is expected of those wing backs, who this season at least have been Chelsea’s chief attacking threats, rather than merely complementing players like Eden Hazard, Diego Costa or Cesc Fàbregas.

For this reason, James and Chilwell have been stationed high up the pitch, making the most of the platform afforded to them by players like Kanté, Jorginho or defensive organiser Thiago Silva.

Among defenders to play 500 minutes or more this season, only Jamaal Lascelles (6%) – a set-piece threat in a Newcastle United team who see little of the ball – has taken a greater share of his touches in the opposition box than Chilwell (5.9%) and James (5.6%).

Chilwell ranks second again with 41.3% of his passes ending in the final third, while James (39.5%) is sixth in that regard. Burnley’s Matthew Lowton, the man who pips Chilwell, also leads the way for the rate of passes that are played long, showing a little less precision than the attack-minded Chelsea pair.

And when you look at Chelsea in isolation, again assessing each players’ contribution to shot-ending sequences in open play, James and Chilwell occupy first and third spot. Alonso is in fifth. It is clear that Tuchel’s full backs are providing so much attacking threat.

Best in the World?

Comparisons between James and Alexander-Arnold are bound to provoke debate, as Tuchel said this week: “I see no reason now why we should get carried away and think about things like: is [James] the best in the world, the best in England or the best in Europe? These things do not help us.”

James is “far from finished in his development”, the Chelsea coach added.

But his achievements this season, keeping company with Salah and Alexander-Arnold, are particularly impressive given the absence of a forward teammate of the quality of Liverpool’s number 11. Lukaku is supposed to be Chelsea’s headline act, but he has not been the only big name to sit out with injury.

Of Chelsea’s 30 goals, 13 have been scored by defenders and just six – or 20% – by strikers. Only the two clubs at the centre of the season’s most dissatisfactory striker transfer saga – Tottenham (9.1%) and City (16%) – have had smaller portions of their goals provided by the men paid to score them.

Chelsea have instead shared the burden around, with a league-high 15 different scorers and 18 different players contributing either a goal or an assist, but James, while still patrolling one side of the pitch in a team who have conceded just four times, has shouldered more responsibility than most.

In the four games while Lukaku was missing, no Chelsea player scored more goals (three), laid on more assists (two) or created more chances (12) than James. Over the same period, no player in the Premier League was involved in more shot-ending open play sequences (31), with Chilwell joint-second (28).

Chilwell’s momentum has been halted in cruel fashion, but could James end the season, as he is now, as Chelsea’s leading scorer?

“Honestly, the way he is playing right now and the way he strikes the ball, I wouldn’t be surprised,” teammate Christian Pulisic said after a spectacular Champions League goal against Juve.

Lukaku’s return perhaps makes that unlikely, although there is not a huge wealth of evidence for how James might be impacted by his imminent reversion, presumably, to more of a supporting role. His three starts alongside the club’s record signing to this point were at best a mixed bag; James scored one and created the other for Lukaku at Arsenal, was sent off at Liverpool and then lost to City, a game in which Chelsea failed to land a shot on target.

The 21-year-old has gone from strength to strength since then, making it very difficult indeed to imagine a world in which he does not continue to thrive regardless – as its best right back or otherwise. 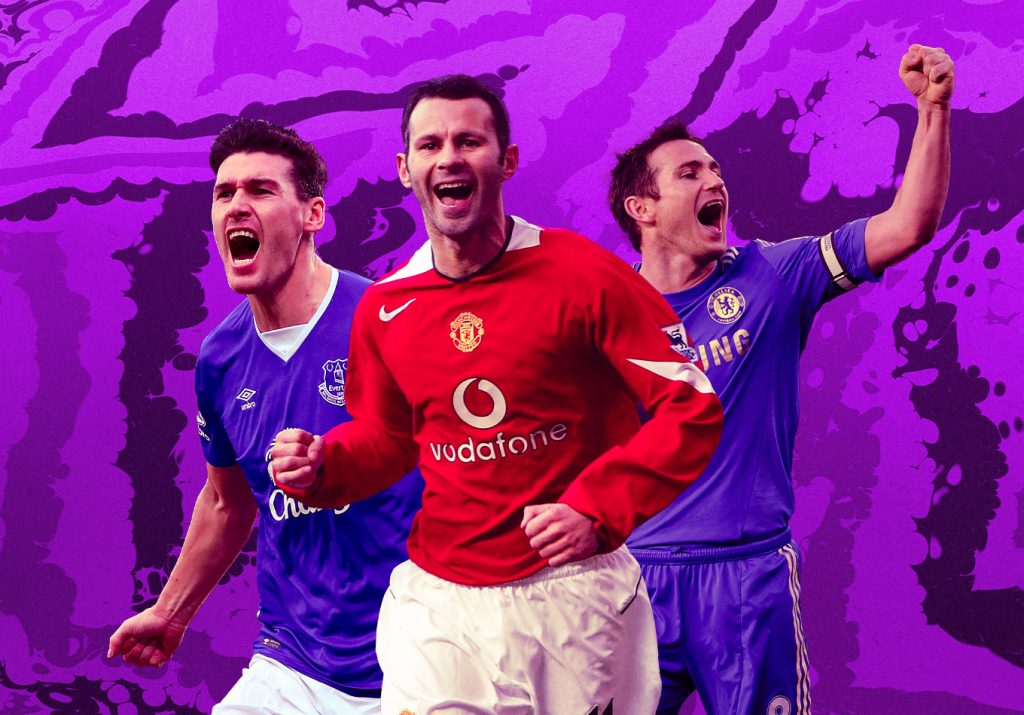