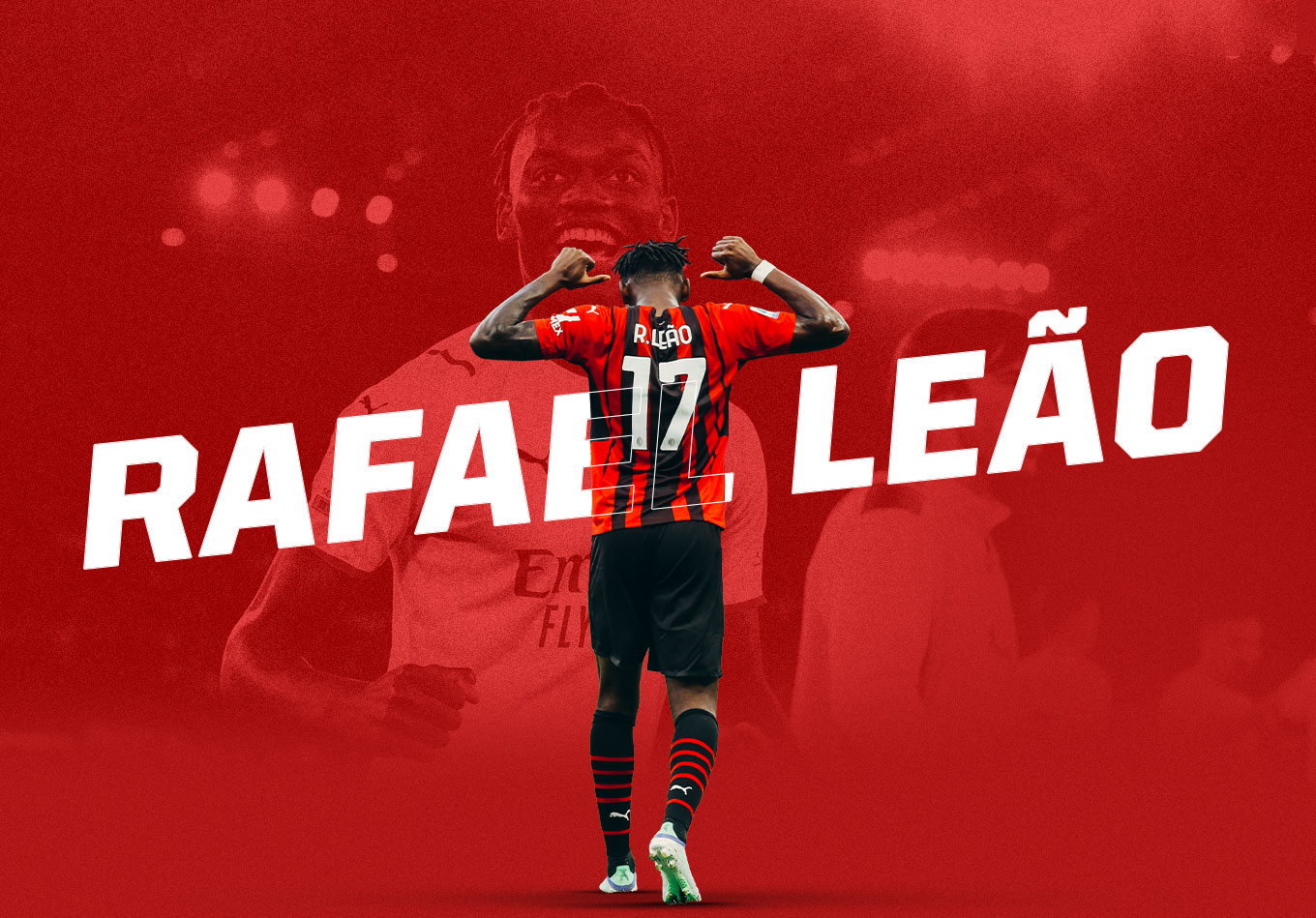 Rafael Leão has been a key part of the Milan project since signing in August 2019. Still only 22 years old and with obvious potential, can he live up to the hype and become one of the best players in Serie A?

“There is a great talent here. He has a great future but it all depends on him,” Zlatan Ibrahimović said of Rafael Leão after Milan beat neighbours Internazionale in the derby last October.

Ibrahimovic knows what it takes to reach the top better than most.

There has been no doubt about Leão’s quality, the 22-year-old has pace to burn and an arsenal of attacking weapons up his sleeve. But he has split opinion since being prised from Lille in 2019 – a result of mixed performances amid hype and expectations after Milan made a significant long-term investment.

However, after an inconsistent start in the north of Italy, Leão is now flourishing under the guidance of Zlatan and Stefano Pioli as part of the Rossoneri dream of conquering Serie A for the first time in over a decade.

Deployed as a left-sided wide forward or lone striker, Leão has showcased his ability with the ball at his feet, leading the league this season in average carry progresses (9.1 metres), shot-ending carries (14), goal-ending carries (two) and total chance created carries (17) – Napoli captain Lorenzo Insigne and Juventus star Federico Chiesa are just some of the names left behind on those lists.

A key member of Milan’s Scudetto charge, Leão has a chance to further enhance his growing reputation on the big stage when city rivals Milan and champions Inter meet in a blockbuster Derby della Madonnina on Sunday.

Another off the long list of Sporting CP’s famed production line, Leão dazzled in Lisbon, where he drew comparisons to Cristiano Ronaldo before his time at Estadio Jose Alvalade ended abruptly in 2018. After players and coaches were sensationally attacked by fans at the club’s training facility, Leão terminated his contract prior to moving to Lille on a free transfer.

“The first time I saw Rafael was when I took the job as the technical director of the Sporting academy. Every time I saw Rafael in his first few sessions for the Under-17s, he was different and he was special. You know, at Sporting, we’ve created so many good players – like Ronaldo and [Luis] Figo. Because of that, we are qualified to see when we have special talents in front of our eyes. Then it was easy to see, Rafael was different from the others,” Luis Martins – Leão’s first coach at Sporting CP – told FTF.

After eight goals and two assists in one season with Lille, Milan came calling and splashed out around €30million to usher in a new era for the Italian powerhouse, desperately craving a return to their glorious past after years in the wilderness.

Following a tough start to life under Marco Giampaolo, Leão showed glimpses when Pioli stepped into the Rossoneri hotseat, but he was far from convincing, proving a frustrating figure due to the consensus that he lacked consistency.

Leão only managed one goal in his first 19 appearances for Milan across all competitions. While he ended his debut campaign with six Serie A goals at an average of 232 minutes per goal and a sole assist, there were already questions whether the Portuguese was a future star or a gamble that hadn’t paid off.

The key takeaway was Leão’s involvement in Milan play. In 2019-20, he was the orchestrator of just 58 sequences in open play. In those 31 appearances, not one of those sequences started and ended in a goal. For context, he tallied nine goals and six assists the following season.

A raw talent finding his feet, Leão shot conversion rate was 17.7%, well down on the 27.6% mark he reached the season prior with Lille.

“It’s true, I expected more from him tonight. When coming on, he was meant to give changes of pace, fresh energy, work with the team,” Pioli said after a loss to Lazio in November 2019 as Leão was eventually linked with a move away heading into 2020-21. “He has a lot of potential, but he absolutely has to do more. His contribution tonight was not up to his standards.”

Leão has seemingly heeded the advice of those around him, delivering on a more regular basis just as his teammates are under Pioli’s watchful eye.

Capable of delivering an incredible pass, Leão has mastered the art of attacking space with his blistering pace and it has well and truly come to the fore since 2020, with his 21 dribbles this season only exceeded by Sassuolo’s Jeremie Boga (24) among forwards. Leão has also scored the most goals from fast breaks in Serie A (three).

Despite not yet having a fixed position at Milan, Leão’s movement – predominantly on the left flank – has him first for carries with a shot (14), carries with a goal (two) and fourth for total carries by distance (1995.79) in the league this season.

“The Leão project goes on regardless of the role. He continues his growth and maturation, as is normal for such a young player,” Pioli said in April.

“Then it is difficult to establish what Rafael’s final role will be. The growth of a player allows you to find a job and a position. The important thing is the growth of its value, then we will evaluate the position along the way.”

Leão’s rise and development has been evident since the turn of the year, having become the second-youngest foreign player to score 10-plus Serie A goals for Milan back in January, older only than Alexandre Pato.

No one has scored more goals for Milan this term – level with France World Cup-winning striker Olivier Giroud on four goals through 11 matchdays – than Leão, who has outperformed his xG (2.6) while scoring every 205 minutes in Italy’s top flight (more frequent than the likes of Chiesa, Tammy Abraham and Alvaro Morata among forwards) with a shots to goal conversion rate of 18.2%.

It’s not just the goals when it comes to the new and improved version of Leão. The two-time Portugal international has become more of a team player, leading the way at San Siro in attacking sequence involvements (40) across shots (25), chances created (seven) and build-up to shot (eight), ahead of Alexis Saelemaekers (38), Davide Calabria (33), Brahim Diaz (30), Ante Rebic (24) and Theo Hernandez (24) in 2021-22.

Leão has gone from prospect to genuine star, and as he takes centre stage in one of football’s most historic fixtures, the sky is the limit.

Looking for more content ahead of the Milan derby? Check out our preview looking back over the history of the fixture, here.