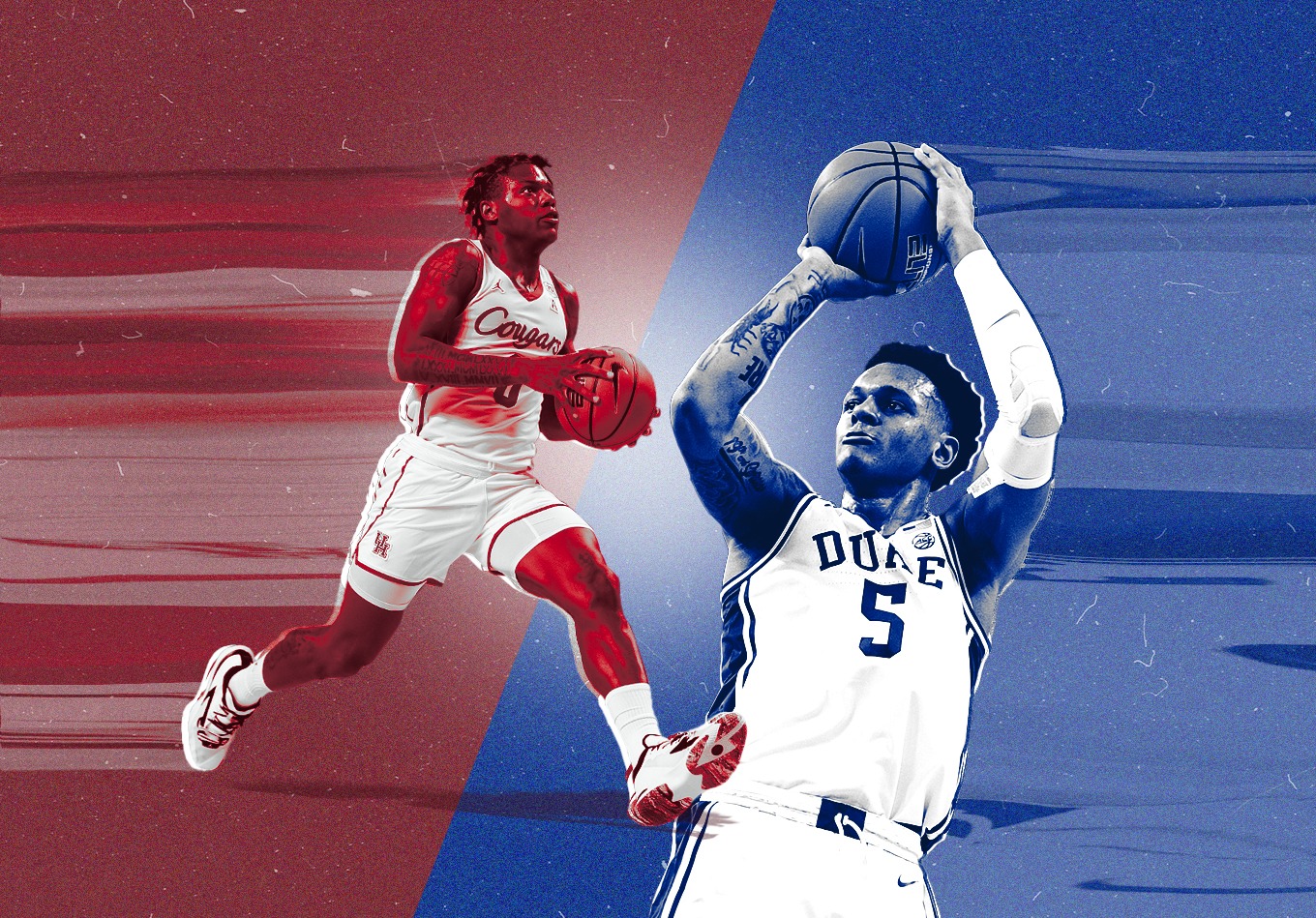 A New No. 1 Headlines This Week’s TRACR Rankings

The in-season tournaments that fell over Thanksgiving, whether it was Maui, the Battle 4 Atlantis, or the ESPN Events Invitational, were all hits.

Rick Pitino’s Gaels beat Alabama. Dayton beat Kansas on an incredible buzzer beater. And Duke took down Gonzaga, a team that was No. 1 in TRACR and had won 32 straight games in the regular season. And this season is only going to get better.

With these tournaments, there were many changes in TRACR.

What is TRACR, anyways? TRACR (Team Rating Adjusted for Conference and Roster) is a net efficiency metric that calculates how well a team performs based on who they play and who is on the court.

TRACR will reward teams that beat good teams and punish them if they lose to bad teams. With that said, let’s look at some key movements from last week:

Yes, the best team in the nation according to TRACR is no longer Gonzaga, but Houston (5-1).

This may come as some surprise as the Cougars are ranked just 15th in the AP Poll. In addition, they didn’t win their in-season tournament, losing to Wisconsin by just two points in Maui (and boy, was that a game of two completely different halves).

But TRACR is an efficiency metric, and Houston plays a great brand of efficient basketball. The Cougars are the best team defensively (minus-17.7 D-TRACR), and have allowed 51.8 points per game over their last five contests – and against good teams, too.

We’re early in the season, so some of the data is still based on last season’s performance (Houston reached the Final Four last year), but also how this year’s roster is expected to play. When each team plays about 10 games, the model will adjust solely to this year’s talent.

Still, Kelvin Sampson has a loaded team, with multiple players that could be considered AAC All-Defensive selections. Marcus Sasser may even be the conference’s player of the year.

Houston has an easy schedule this week, but mark your calendars for Dec. 11. The Cougars will play Alabama in Tuscaloosa.

Competing in the Atlantic 10

With St. Bonaventure losing last week, no teams from the Atlantic 10 are ranked in the AP Top 25. However, do not underestimate the depth of this mid-major conference.

There are six teams from the Atlantic 10 that rank in the top 75 in TRACR and nine in the top 105. St. Bonaventure leads the conference at 40th, but Richmond is right behind them at 41st. The Spiders are 3-4 this season, but their losses have been close and to good opponents.

Dayton (96th) beat Kansas (10th) on an amazing buzzer beater last week. George Mason (104th) has slipped since beating Maryland on the road, but three of its four losses were decided by fewer than five points. VCU (56th) is a lot like Richmond in that the team is 3-4 but has close losses to good teams. In fact, the Rams have come the closest to beating Baylor (third) so far, losing by eight.

The one team that may be the most surprising out of the Atlantic 10 is Saint Louis. The Billikens (53rd) are playing without their best player in Javonte Perkins, who will miss the entire season with an injury. Still, they are 6-1 with their one loss coming against Memphis on the road.

Gibson Jimerson has stepped up, leading the team with 16.4 points per game. But what may be the most surprising to fans is the free-throw shooting. The Billikens are averaging 19.0 made free throws this season, tied for fifth in Division I. In 2019-20, Saint Louis ranked dead last in Division I in free-throw percentage (58.0).

December will be a test for the Atlantic 10. Conference play will not begin until later in the month, but many teams will face tough nonconference foes. Saint Louis versus Auburn (39th), St. Bonaventure versus UConn (20th) and Dayton versus Virginia Tech (33rd) should all be interesting matchups (St. Bonaventure will also play the Hokies in December).

Last week illustrated that the Big Ten is just as deep as last season.

Wisconsin (26th) beat Houston and won on Maui. Michigan State (29th) impressed the national viewers. We knew that Indiana (27th) had a star in Trayce Jackson-Davis, but his 43-point performance against Marshall indicated that he is a top-10 player in Division I.

The Big Ten has eight teams in the top 30 in TRACR.

But the depth of the ACC might be stronger than many think. The conference is led by Duke (13th), who took over as the AP No. 1 team after a win over Gonzaga (second). Paolo Banchero may be the future NBA star on this Duke squad, but Wendell Moore Jr. and Mark Williams were quite impressive against the Bulldogs.

And the ACC is more than just the Blue Devils. Florida State (28th) has yet another team that shares the ball and can make a Sweet 16 appearance. Virginia Tech has lost its last two, but both were against ranked teams at a neutral site. The Hokies’ five wins this season have all been by 20 points or more. Those wins may have been against weaker teams, but beating weak teams by a lot is still important to TRACR.

The Big Ten has an early lead in the challenge – on Monday, Iowa nearly blew a 14-point halftime lead against Virginia but won by one. Illinois, which might have found another option offensively in transfer Alfonso Plummer, beat Notre Dame by 10.

The Big Ten looks to win the challenge for the third year in a row, but the ACC has the all-time advantage at 12-7-3.

Here are some key games to watch this week, according to TRACR: 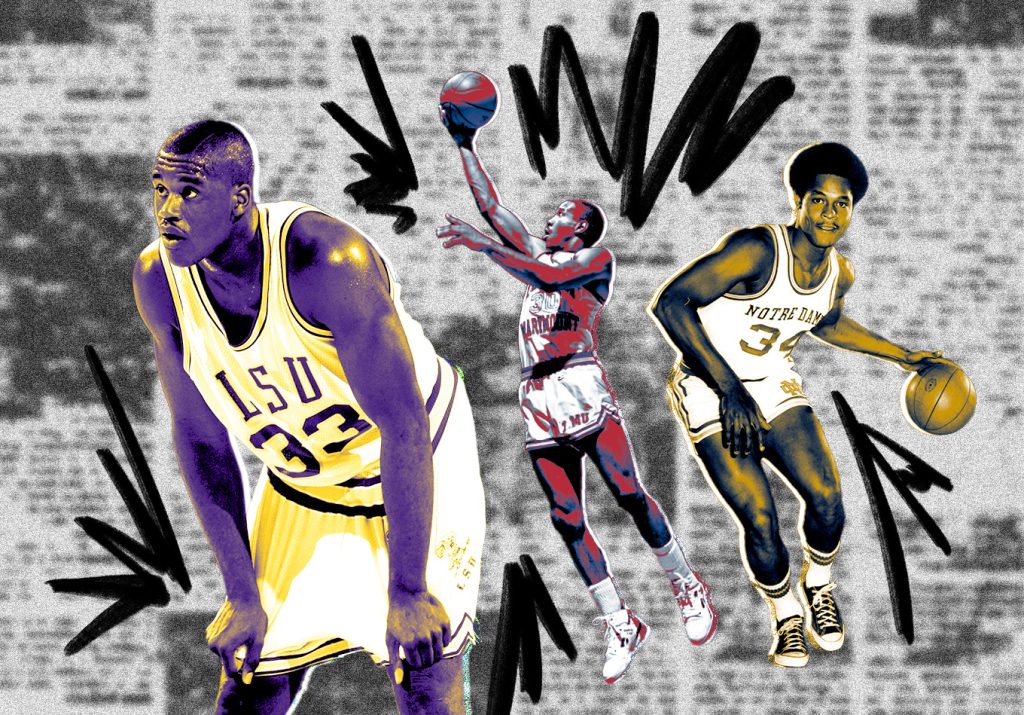