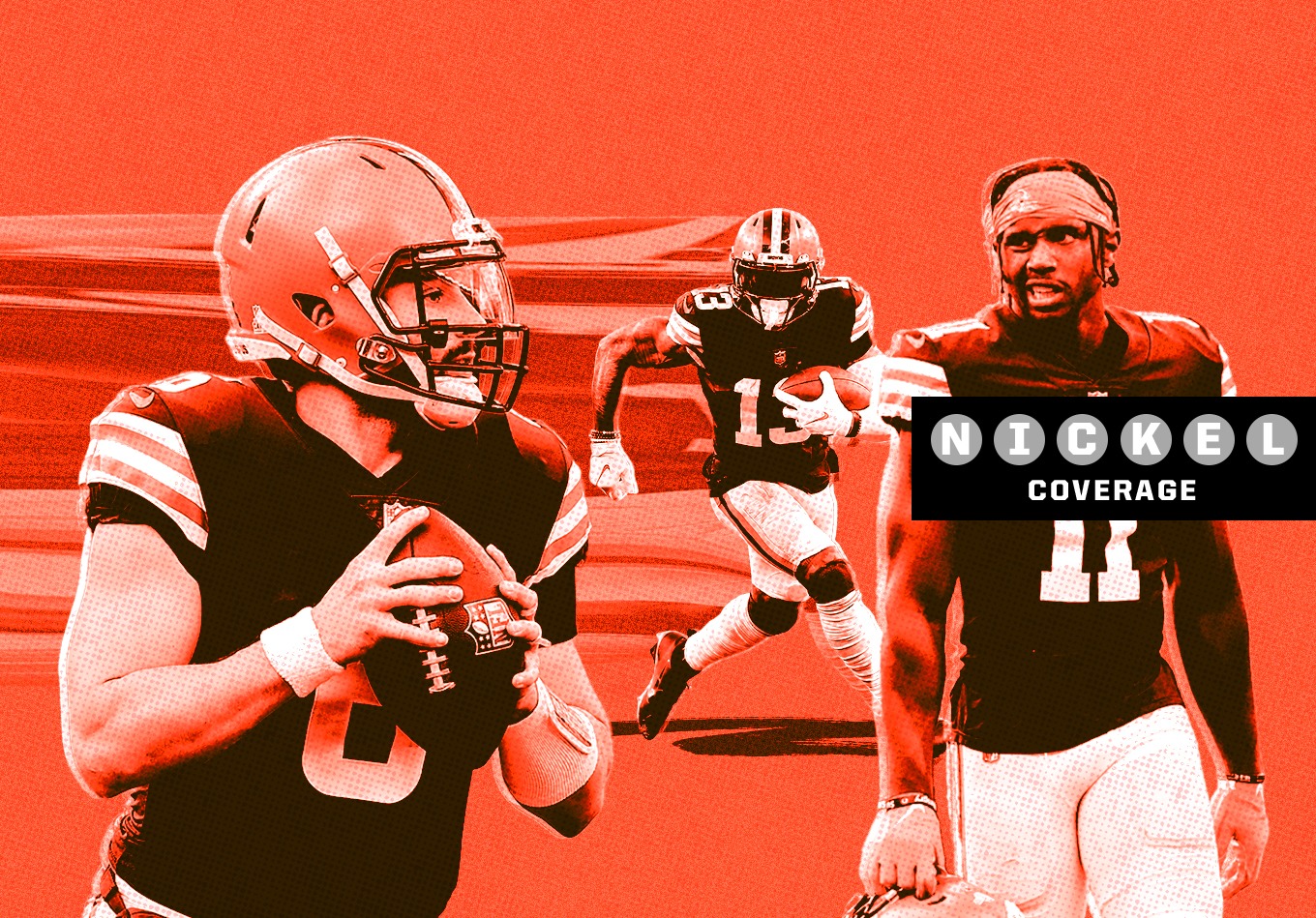 Is DPJ the One to Watch in Cleveland’s Post-OBJ Attack?

The Browns have a formula for success as long as the ground game functions as it did in Week 9. And Donovan Peoples-Jones could help the passing game soar.

In a tumultuous week, there was a lot of noise.

From relatives of football players and one of the greatest basketball players ever, they hinted that Baker Mayfield was the problem for the Cleveland Browns.

Turns out, it might actually have been Odell Beckham Jr.

Sure, it remains to be seen whether Mayfield can be the long-term answer at quarterback. But with Beckham getting his wish and being allowed to move on to undetermined new pastures, Cleveland’s signal-caller and the Browns flourished in Week 9.

Cleveland stomped Cincinnati 41-16 on the road sans Beckham in what was a clear case of addition by subtraction.

One of the biggest stars of that stunning blowout win was a receiver likely to receive an increased role in Cleveland’s passing attack in the wake of Beckham’s departure, with Donovan Peoples-Jones stepping up and delivering a huge play in a season that has provided more evidence he was a steal for the Browns in the sixth round of last year’s draft.

The Rise of Peoples-Jones

Peoples-Jones broke the game open in the second quarter with a 60-yard touchdown catch from Mayfield, giving the Browns a two-touchdown advantage that the Bengals never threatened to eat into.

It served as a demonstration of Peoples-Jones’ strengths as a route-runner. The former Michigan star gained separation from Eli Apple with a corner-post route as the Browns struck gold on a play-action shot against quarters coverage.

Mayfield’s deep ball was not deadly accurate, but Peoples-Jones did an excellent job of adjusting his route to flight of the throw to haul it in and stroll into the end zone. Targeted just three times in the game, Peoples-Jones took advantage of his limited opportunities by finishing as the Browns’ leading receiver with 86 yards.

His second and final catch of the day saw Peoples-Jones display those same traits that shone through on his touchdown. He helped the Browns convert on third-and-11 in the fourth quarter with the game in hand.

This time, he defeated man coverage with a jab step to the right and swim move akin to that of a pass rusher, gaining outside leverage and separation before looking the ball into his grasp and hanging on despite a thumping hit from Bengals safety Jessie Bates II.

That ability to create separation has been a constant for Peoples-Jones this season. He has produced a burn, which is when a receiver wins his matchup with a defender on a play where he is targeted, 77.8% of the time – the league average among receivers with at least 10 targets is 60.5.

Peoples-Jones’ burn yards per target average of 17.91 is third among receivers who meet that 10-target threshold, while his big-play rate of 48.3% is fifth.

Targeted only 18 times this season, those gaudy numbers are partially a product of a small sample size, but his 2020 performance in those same metrics suggests he would continue to perform efficiently with a more substantial role in the offense.

While his burn percentage of 65.0 was not as impressive, Peoples-Jones ended last season third in burn yards per target (17.11) and ninth in big-play rate (42.6%).

Peoples-Jones is proving himself as a consistent downfield threat who wins with route-running, size and concentration at the catch point. His is a skill set conducive to long-term success, and that is something he should be able to enjoy while playing on an offense in which the strength of the run game gives the Browns plenty of strong passing game looks.

Bengals Mauled by Browns on the Ground

Like so many before them, the Bengals had no answer for Nick Chubb and the Cleveland running game. Chubb racked up his third 100-yard game of the season, averaging a remarkable 9.79 yards per carry and scoring two touchdowns.

He ripped off runs of 23, 22, 13 and 10 yards along with a 70-yard score that illustrated just how devastating the Browns’ ground game can be when at its best.

Running from a three-tight end set, the Browns pulled right guard Wyatt Teller to the second level, where he executed a devastating block on Bates. Left tackle Jedrick Wills and left guard Joel Bitonio were similarly ruthless against Logan Wilson and Josh Tupou, while tight end Austin Hooper and center J.C. Tretter sealed off their defenders.

That opened a gaping running lane for Chubb, who burst through into the secondary with the aid of impressive downfield blocking from Harrison Bryant, and surged clear while leaving helpless defenders in his wake.

Chubb is now tied for the league lead with 22 rushes of 10 yards or more and, as that touchdown showed, he and the Browns can produce those backbreaking plays even when lined up in an obvious run formation against a defense playing a safety in the box. Entering Week 9, Cleveland led the NFL with 1.169 yards over expected on the ground, per our EVE model, far ahead of the Dallas Cowboys’ 0.864 yards.

With Cleveland consistently carrying that threat on the ground, receivers can benefit. The danger posed by Chubb and Co. facilitate a play-action game that can deliver the kind of results Peoples-Jones produced on his touchdown.

It has been an uneven season for the 5-4 Browns, but they’re still in the mix in a muddled AFC and still have a formula for success as long as that rushing attack is functioning as it did in Week 9.

That formula does not require Beckham. It is one that can work with young wideouts like Peoples-Jones, who has the traits to excel for a long time at the highest level and has proven he deserves increased opportunities.

When the Browns traded for Beckham back in 2019, he looked like a potential missing piece for a team primed to consistently contend. However, Peoples-Jones’ performance in the first game since his contentious departure should leave Cleveland confident the void he leaves will not be at all difficult to fill. 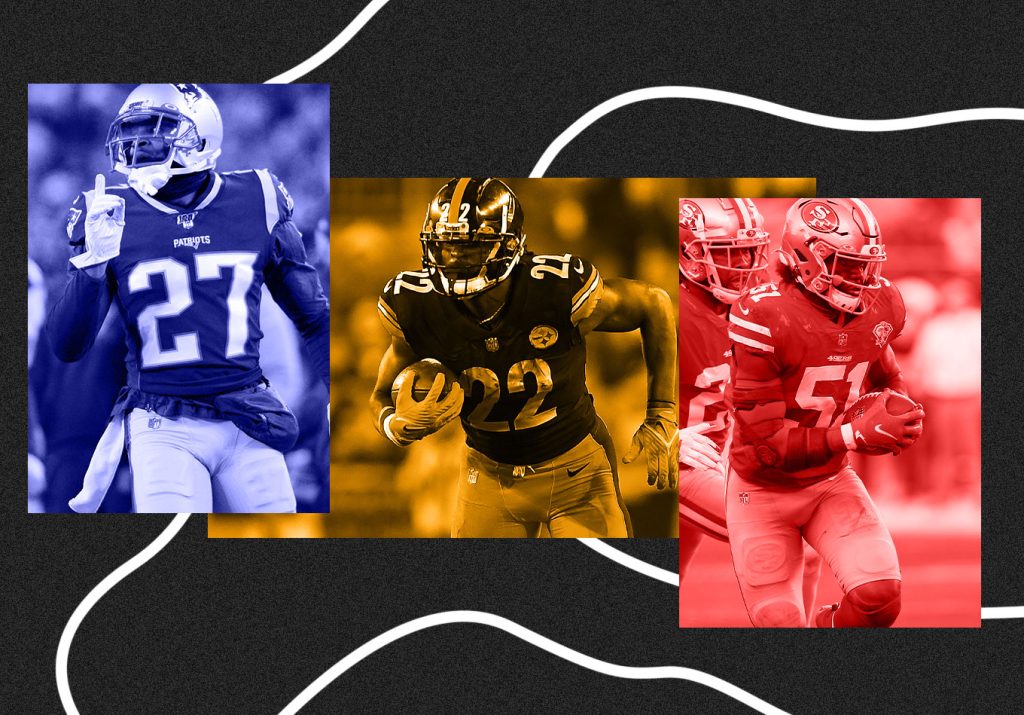 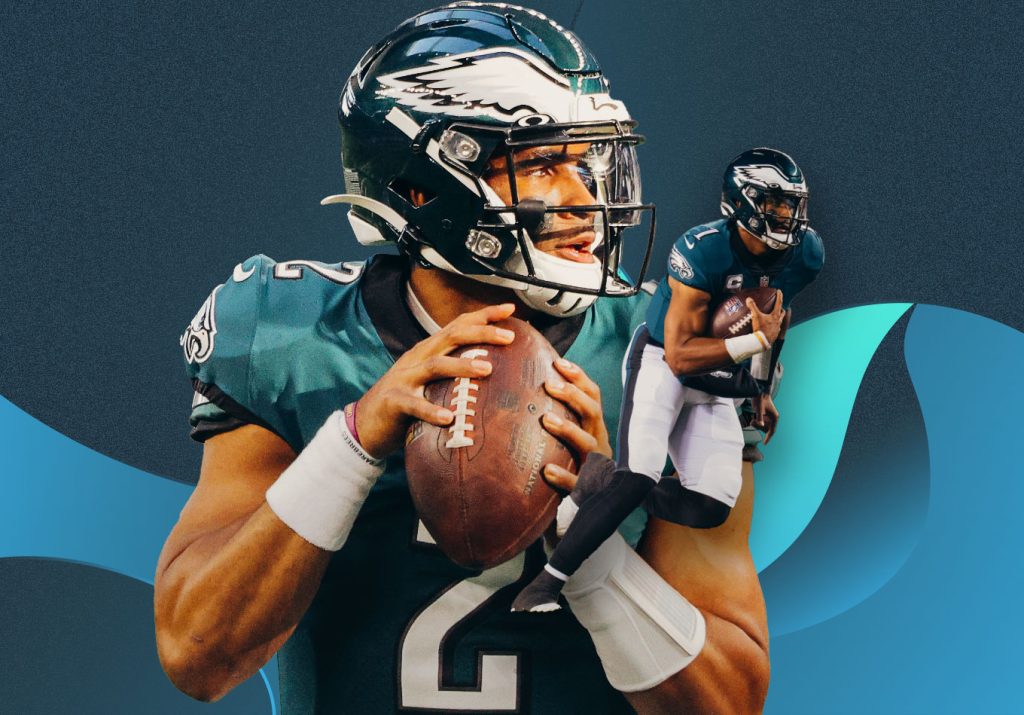