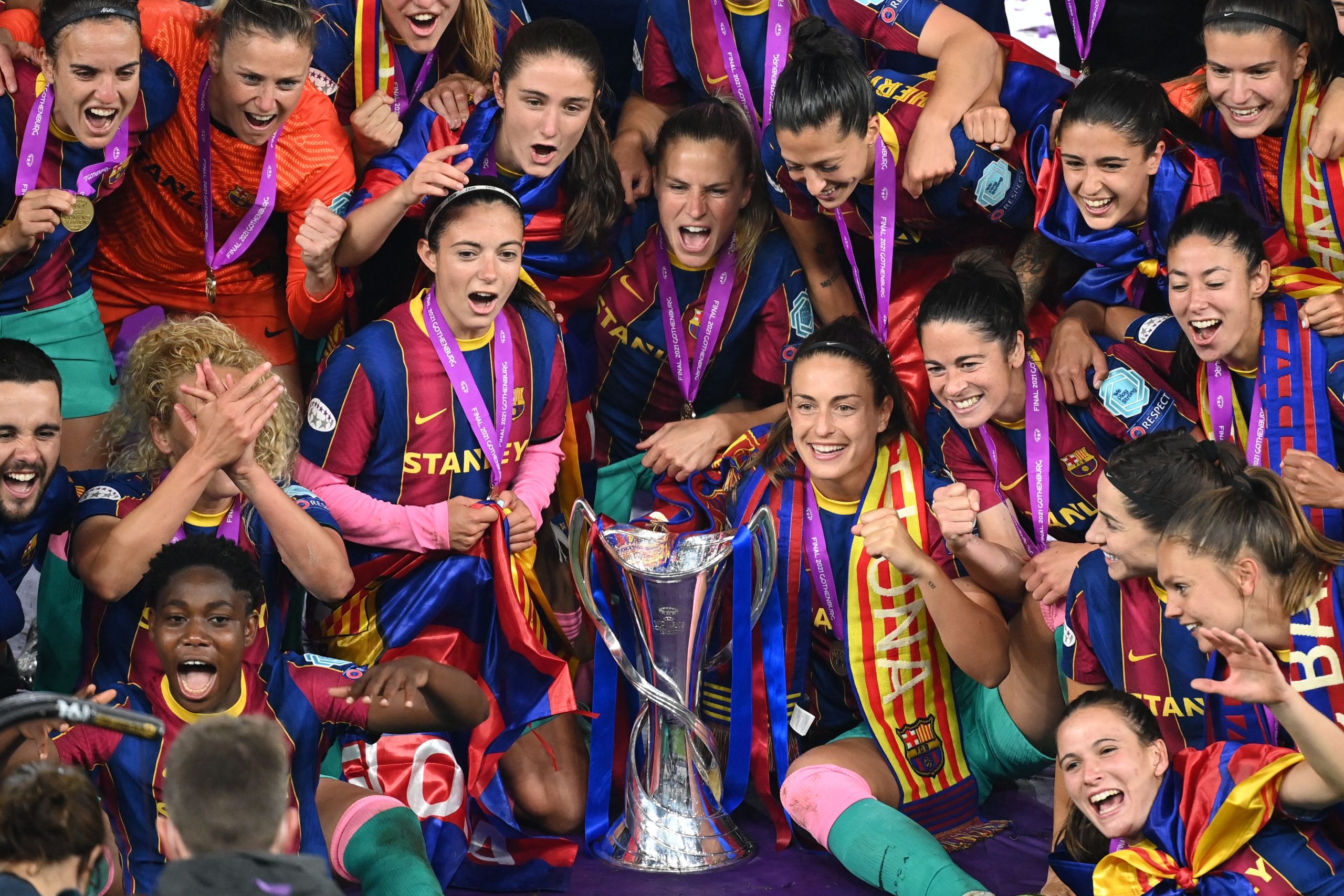 The new UEFA’s Women’s Champions League campaign kicks off this week, with this being the first edition to feature a 16-team group stage since the inaugural tournament in 2001-02. We look back over some of the records from the competition ahead of this year’s edition.

The UEFA Women’s Champions League – previously called the UEFA Women’s Cup between 2001-2009 – will be the 21st edition of Europe’s premier women’s football competition. Back in 2001-02, eight teams participated with German side Frankfurt taking the title following a 2-0 final win against Sweden’s Umeå IK. Fast forward to 2021 and the tournament will have 16 teams competing in four groups of four, followed by knockout stages and concluding with a final in Juventus Stadium in Torino.

Among the 16 teams competing in the group stages are four former winners of the event, Lyon, Wolfsburg, Arsenal and the defending champions FC Barcelona. On the flip side, there are also three first timers to the event with HB Koge, Hoffenheim and Real Madrid each playing in their first UWCL campaign.

Here, we look back over some of the key records and achievements witnessed in the competition across it’s 20-year existence.

Most Titles by a Club
Olympique Lyonnais (7)

2021 saw Barcelona win their first ever UWCL title with an emphatic 4-0 victory over Chelsea. This meant that the competition had a new winner for the first time since 2013, when Wolfsburg won their maiden title with a 1-0 win against Lyon.

Only one English club has won the title, with Arsenal’s victory in 2007 coming thanks to an Alex Scott goal in the first leg (1-0 on aggregate) against Umeå IK. Both Arsenal and Chelsea participate in the group stages in 2021-22, looking to end that 15-year wait for the title by English clubs.

Most Matches by a Club
Olympique Lyonnais (113)

Unsurprisingly as the most successful side in the history of the UEFA Women’s Champions League, Lyon, have played a competition-high 113 matches.

None of the three clubs behind them in rankings have reached the semi-finals in any of the last five editions, with Frankfurt doing this most recently in 2015-16.

Lyon’s biggest threat over the past decade has come from German powerhouses Wolfsburg, with them playing in five finals since the rebrand of the competition in 2009-10, but all three losses coming at the hands of the seven-time winners (2016, 2018, 2020).

Arsenal will be adding at least six more matches to their current total of 88, as they appear in the group stage in 2021-22. If they were to go all the way to the final, they’d still be under the 100-game mark (99).

Most Appearances by a Player
Wendie Renard (95)

Lyon’s Wendie Renard has made 95 appearances in the UEFA Women’s Champions League, making her the most experienced player in the history of the competition.

Renard was part of all of Lyon’s seven title-winning squads, making her one of the three most decorated players in the history of the UWCL, together with teammates Sarah Bouhaddi and Eugénie Le Sommer.

There’s every chance that Renard will break the century of appearances in the competition in 2021-22, with Lyon in Group D alongside Bayern Munich, BK Häcken and Benfica.

Wolfsburg’s Alexandra Popp and Renard’s teammate Le Sommer should also move to outright second place and third place respectively, this season. Popp is currently tied on 81 appearances with Camille Abily, but with Abily now retired she won’t be adding to her tally.

Most Goals by a Player
Ada Hegerberg (53)

Ada Hegerberg’s 53 goals in the UWCL have helped her finish as the competition top scorer on two previous occasions, winning the award in 2017-18 (15 goals) and in 2015-16 (13 goals). That effort in 2017-18 remains the highest scoring individual season by a player in the competition.

She’s played for three clubs across her career in the competition – Stabæk, Turbine Potsdam and Lyon – and will be looking to add to her tally in 2021-22 after a terrible period with injury. The 2018 Ballon d’Or winner ruptured her anterior cruciate ligament in January 2020 and has spent considerable time on the sidelines.

The absence of one of the best players in women’s football was a major reason behind Lyon’s failure to win a UWCL title for the first time since 2015-16, but she’ll be expected to help them challenge this time around.

Estonian side Pärnu probably feared the worst when they were drawn against UWCL holders and eventual champions Wolfsburg in the 2013-14 round of 32.

The first leg of the tie in Estonia saw Wolfsburg walk away with a 14-0 win, breaking the record for the biggest win in the history of the competition. Lina Magull opened the scoring in the eighth minute and the German side never looked back – leading 6-0 at half-time and adding eight more strikes in the second half. Magull scored four goals in total in that game, with her teammates Martina Müller and Conny Pohlers each adding hat-tricks.

Wolfsburg came very close to equalling this victory in the second-leg at home, winning 13-0, giving them the biggest win on aggregate (27-0) in the history of the UWCL as well.

This 14-0 win is also tied for the highest scoring match in the history of the UEFA Women’s Champions League, level with another Wolfsburg victory – in October 2017, they defeated Atlético Madrid 12-2.

Including qualifiers, the biggest win in UWCL competition would be Apollon’s 21-0 win over Ada Velipojë in the 2012-13 qualification campaign. 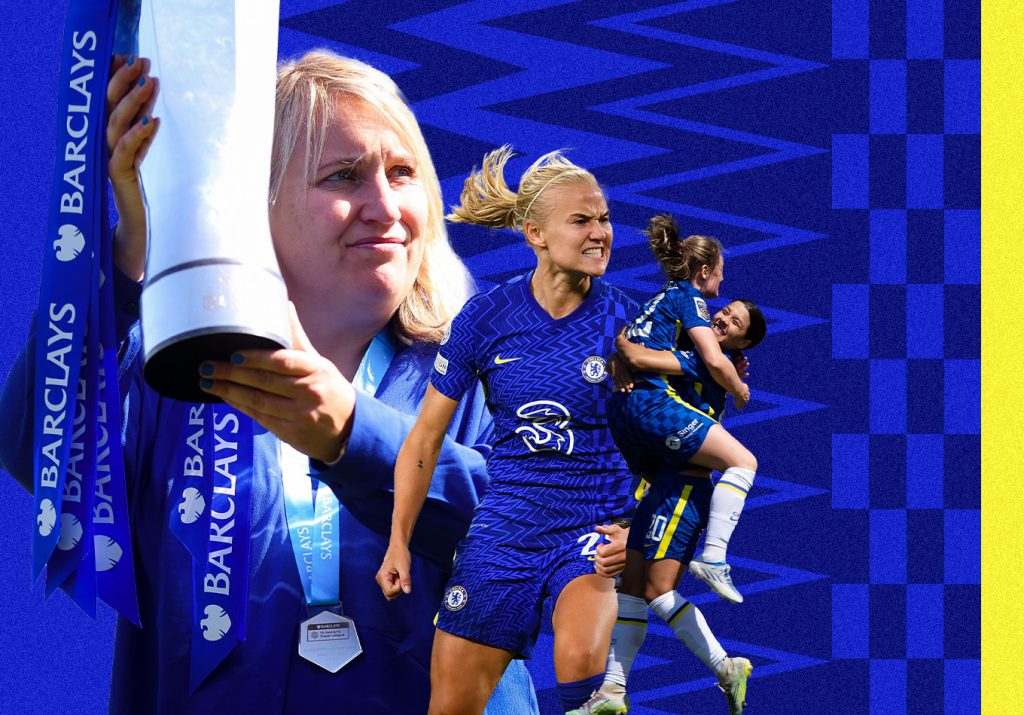 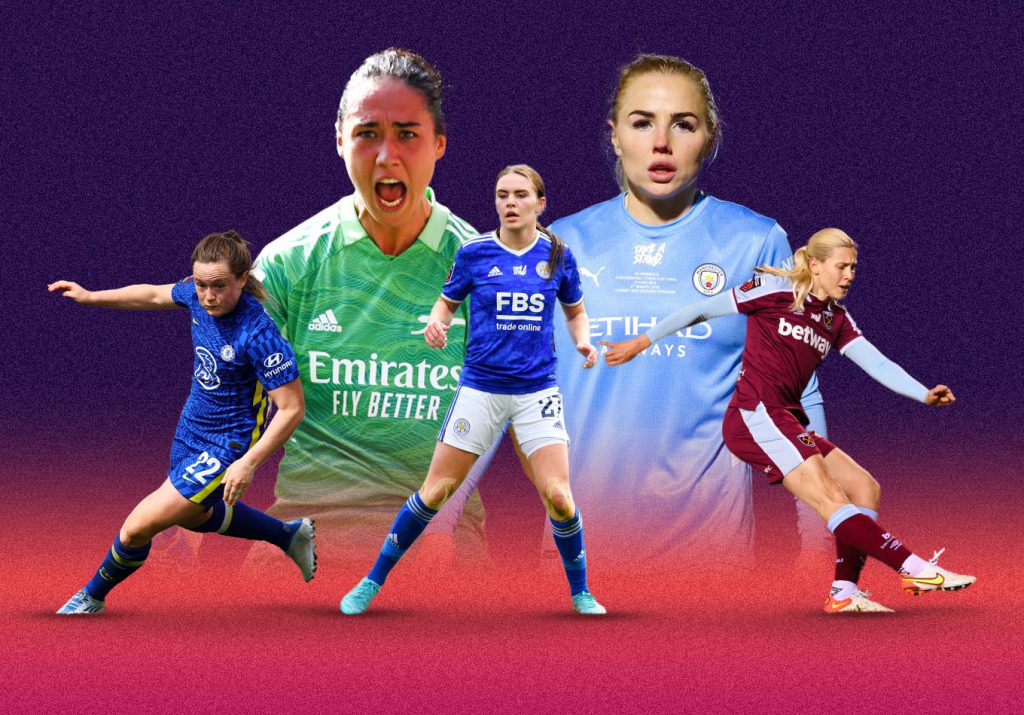 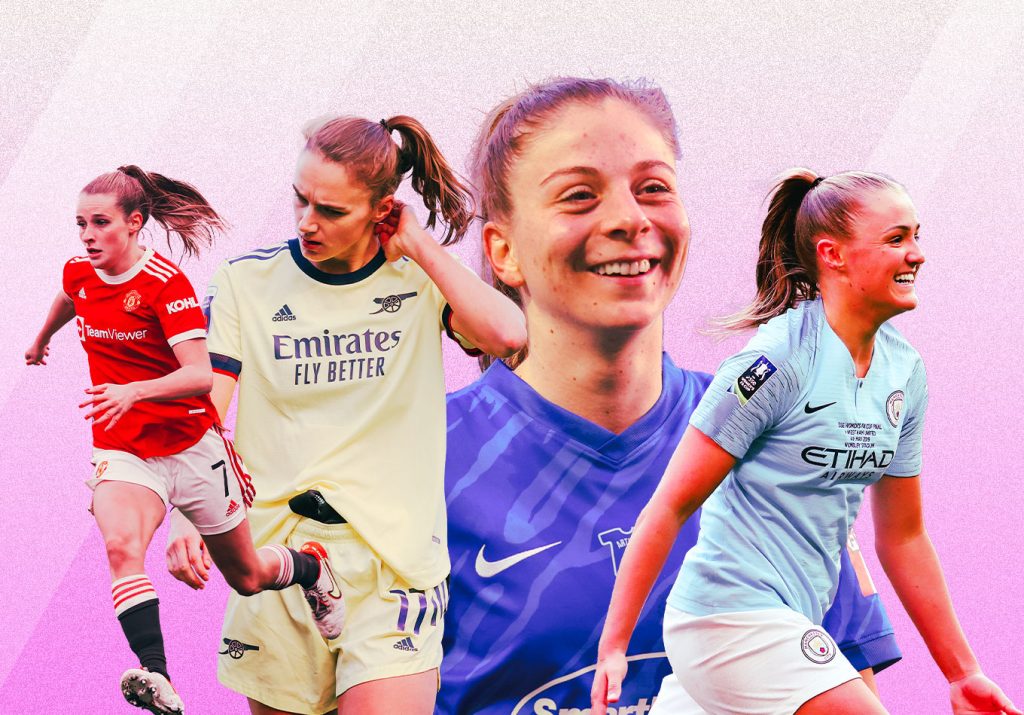 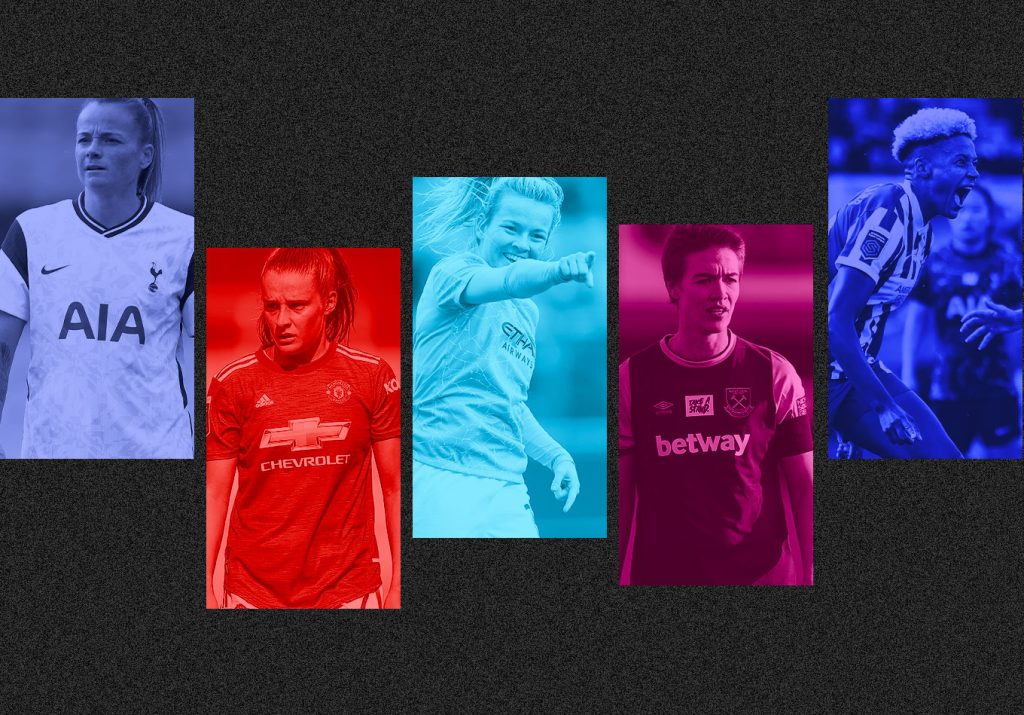