On Oct. 12, we lost “AC.” Stats Perform’s most awarded employee was a legend in sports broadcasting and a beloved colleague. His leadership on the research team made much of The Analyst’s U.S. content possible.

He seemed to take the time to know everyone, from Joe Buck and Vin Scully to the vendor at the train station to Stats Perform part-time employees and executives alike.

If there was one thing Aaron Charlton was good at, it was building relationships, treating people with kindness and respect, and improving the mood of a room with his big smile and humor. But those who worked with him knew well there wasn’t just one thing he was good at.

Charlton, who was known simply as “AC” by his peers, died of cancer at the age of 50 on Oct. 12. He most recently held the position of manager of U.S. data insights at Stats Perform, and his leadership on the research team made much of The Analyst’s U.S. content possible.

If you are a U.S. sports fan, Charlton almost certainly did something for you as well. He made sports more interesting and enjoyable to you as a viewer. He was considered by those he helped in the TV booth to be perhaps the leading researcher in the sports broadcast field, but his work was expressed to you by more familiar voices.

Those he helped in that respect spoke up on the air last week after his death – during the MLB postseason and Thursday Night Football – to remember him along with the sports audience they collectively addressed.

Not only did Stats Perform, where he had grown to prominence as a talented researcher, lose a piece of its heart and soul, but the broadcast industry lost a trusted resource and friend, and the world lost a family man who brought out the best in people.

Charlton, who had earned a master’s degree from the University of San Francisco, joined what was then known as STATS Inc. in January 2005. He went on to win four Emmy Awards, work on 50 World Series games and two Super Bowls and managed the company’s annual efforts on the NCAA Men’s Division I Basketball Tournament.

Don Zminda, who was the original director of research when it began in 2000 and worked at STATS for 24 years from 1992-2016, hired Charlton as a researcher in the company’s Los Angeles office.

He believes Charlton’s ability to relate to people and work well in a team environment stemmed from his playing days. Charlton pitched at the University of Arkansas and Cal State-Dominguez Hills before spending two years in the San Francisco Giants minor league system with the Clinton LumberKings and Burlington Bees of the Class A Midwest League.

Among the future big leaguers on those teams were Armando Rios, Bobby Howry, Wilson Delgado and Shawn Estes, who is now an analyst for NBC Sports Bay Area and one of many media members who tweeted support for Charlton in recent weeks.

It reflected the respect that everyone had for not only his work but also him as a person.

“It was helpful that he had a sports team background because he knew how to be a good teammate and build relationships,” Zminda said. “That was important in what we did in L.A. because it takes a lot of people working together to produce support for a broadcast and important in what he did with the broadcast crews because he was able to fit in and build a good rapport with them. That was one of his strengths throughout his STATS career.”

Charlton, who initially wrote baseball, basketball and hockey game notes and did some programming at STATS, became so good at the research part of the job that he ended up concentrating on that role. He parlayed that natural fit into some freelance work for broadcast clients when they needed someone in the booth or in the press box to either track stats or do some quick research on potentially historic events that might occur during the game.

Eventually, Fox became aware of his skills and had him working with Buck and whoever his partner was at the time. He immediately impressed with his feel for both what worked on a broadcast and what was going to come across as too geeky.

Tapping into his playing days – he also played basketball at Brea-Olinda High School in the L.A. area – he could anticipate a situation and respond quickly.

“I relied on Aaron Charlton,” Buck said. “When games were at their most tense, Aaron was at his best. If he handed me a note, I read it. His anticipation for big moments and key historical references was unmatched. That came from his preparation and his understanding of the games we covered.

“He took his on-field experience and applied it to his job providing statistics and perspective. He helped teach the audience history and explained, through his hard work, why the moments we were witnessing were important.”

Milwaukee Brewers play-by-play announcer Brian Anderson knew Charlton for 15 years dating back to when AC tracked statistics for all the road teams visiting Dodger Stadium. Charlton left an impression in that role as well, so much so that Anderson pulled him along for TBS playoff games before he went to assist Fox.

They had been reunited in recent years for Brewers games and on TBS after Charlton began serving as the broadcast’s lead MLB researcher for the 2018 postseason.

“He was the backbone of our MLB research on TBS and Brewers baseball the last few years,” Anderson said. “I called him the 1-1. The first overall pick if you started a production team. He was the No. 1 guy in the business. The guy announcers and other statisticians and researchers called on when we needed that special nugget to perfectly finish a story.

“He was by my side for countless baseball games. Not only did he make every broadcast more interesting, but he also helped organizations game plan, evaluate and perform better with his (and his team’s) research. He was fast. He was accurate. He was cool and kind and hilarious. He was freakin’ awesome in every way. He was an even better husband and dad. He was an absolute gift to this world.”

Meghan Sheehan worked at STATS (of the Inc. and LLC eras) for more than 19 years, moving from the Morton Grove, Illinois, office to L.A. when the new operation started in 2000. Sheehan, who eventually became manager of the TV research department, described Charlton as one of her best friends over the past 15 years.

“AC was honest, sometimes too honest,” she said with a laugh. “He wasn’t afraid to be honest, to say what he really thought. He was chock full of integrity. He was inclusive. He treated folks from all walks of life with a smile, eye contact and small chatter which usually would turn into a good conversation. He could probably tell you the background stories of several lobby security guards from our old office building, as well as Dodger Stadium employees that he got to know from working so many games there.”

Mike Mio, now a Tier 3 software engineer at Stats Perform, joined the research department in L.A. in June of 2006 when Charlton had already been there about a year. He said Charlton wanted new colleagues to understand not just the day-to-day tasks of the department, but also how important the work was to the TV crew and how much the broadcasters depend on it.

“He wanted you to get credit for what you did,” added Mio, who said Charlton would insist he stay at his house when he was in town. “He was trusted by some of the biggest broadcasters in the business and when you helped him with something and he passed it along, he wanted them to know who did it.

“Baseball was his specialty, but he was good at all sports. He knew everything about every sport.”

It wasn’t by accident. He was known to be a bit of a trivia nut, hosting Family Feud-style sports games during the less-busy times and challenging people to recite the past World Series winners by year – something he also said he did with his kids when he tucked them in at night.

Even though he worked hard and knew when it was time to buckle down, Charlton also knew how important it was to take a break and have fun. He was the guy who could lighten things up when the research team was working long hours in a high-stress environment around the NCAA Tournament. Sometimes, he would sign his emails: Aaron, Director of Fun.

When someone new joined the team, it was tradition for Charlton to throw a ball (not a league ball but scary enough) as hard as he could at the wide-eyed researcher, who couldn’t leave until the ball was caught. And remember, Charlton was an accomplished pitcher who threw a no-hitter against Cal State-San Bernardino on March 19, 1994, one of only four in Cal State-Dominguez Hills’ history.

During one email to the department in which he was preparing to host a guess-your-co-workers-undergraduate-college trivia contest, Charlton wrote: “Many of us are very busy on this Wednesday, so maybe you just need to take a break and think of something else for a minute.”

Signed, the Director of Fun.

In 2018, Charlton relocated to the company’s Chicago office and was promoted to research manager shortly thereafter. Mio said he was glad that happened, because so many other people in the company had gotten to meet and be around Charlton.

Brian Orefice was one of the people who went to L.A. to try to convince Charlton to come to the Midwest and work out of company headquarters.

“I thought there was such a great opportunity for him in Chicago given his expertise and personality, and I remember our conversation very distinctly,” Orefice reminisced. “He said: ‘You know me, BO, I’m all about the work.’

“But he shortchanged himself with that comment, because for all his passion for that work, it was equaled by his care for people. That’s the exact profile in leadership every company needs, and that is the legacy on Stats Perform culture he leaves.”

Even though he was the company’s most awarded employee, he was known to never leave the research email inbox full – opting to stay and help even if he was off the clock.

“He was a friend. A trusted ally and someone who made the games more fun for us in the booth,” Buck added. “He made me laugh countless times with a quick line delivered with that mischievous smile of his. To work with him was to love him. There was only one Aaron. He will be forever missed.”

Just last month, Orefice and Sheehan visited Charlton at an apartment his parents were staying in. It was a Sunday afternoon, and the five of them were just hanging out watching football. Out of the blue, Charlton suddenly yelled across the room “Whaddya think, Mom?”

True to form, a love of football and family had collided and a real-time spotting contest had just broken out. The scorebug came up seconds later with the down-and-distance: third-and-3.

Of course it was.

Charlton’s survivors include his wife Aryl, his son Aden, and his daughter Ava. Donations in support of the family can be made here.

Taylor Bechtold is The Analyst’s U.S. Senior Editor. He and Charlton rode the train together and lived in the same town just outside of Chicago. 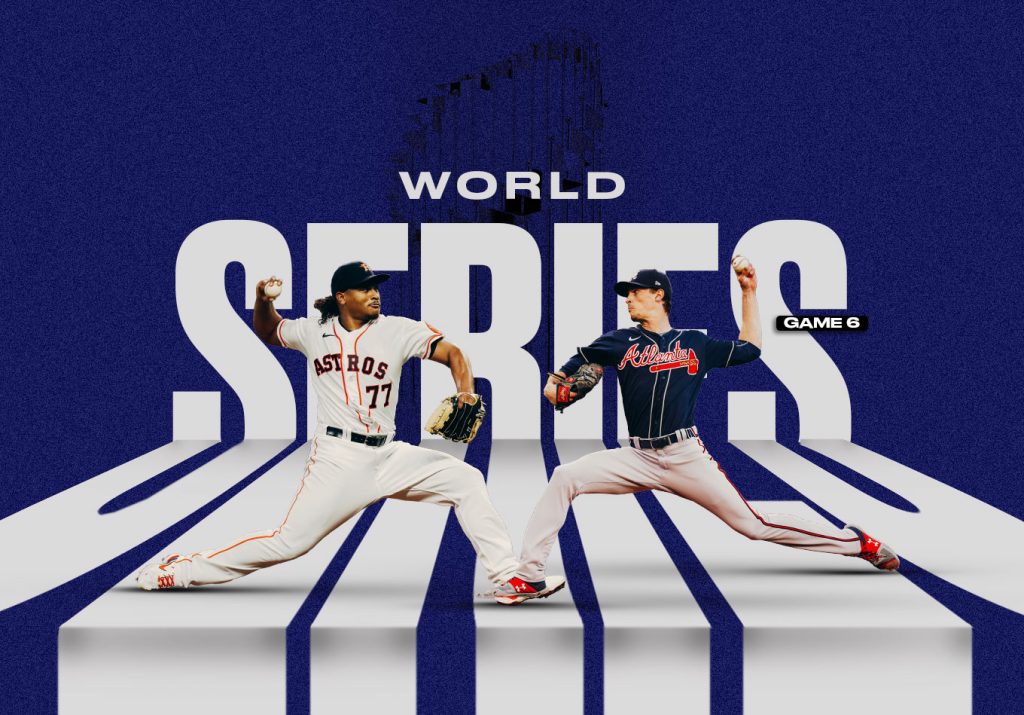 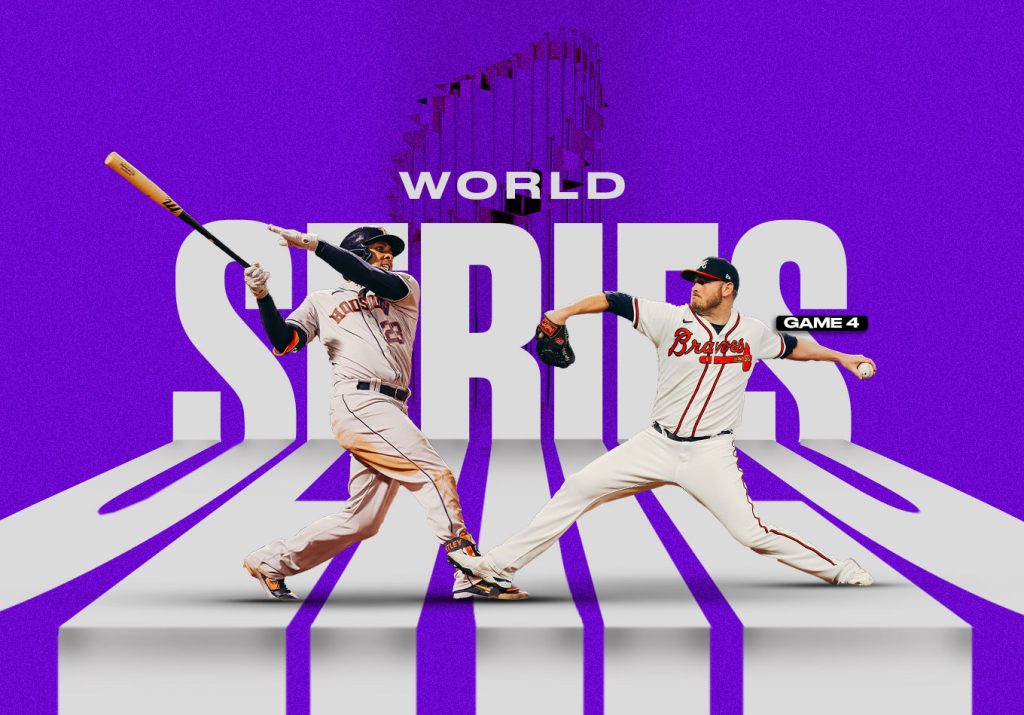 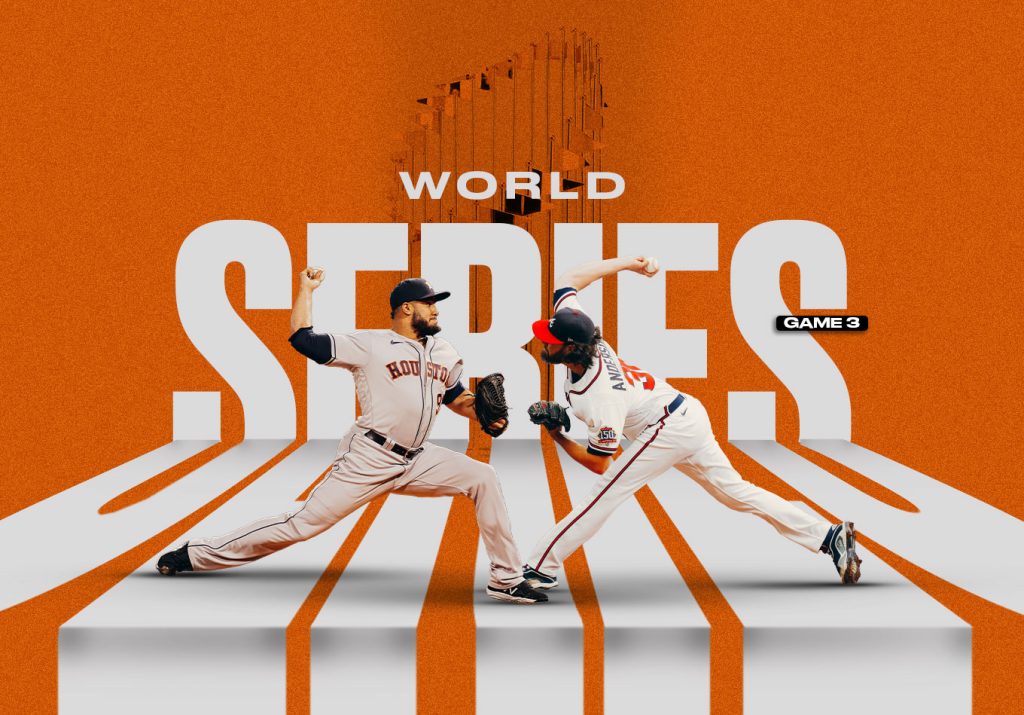