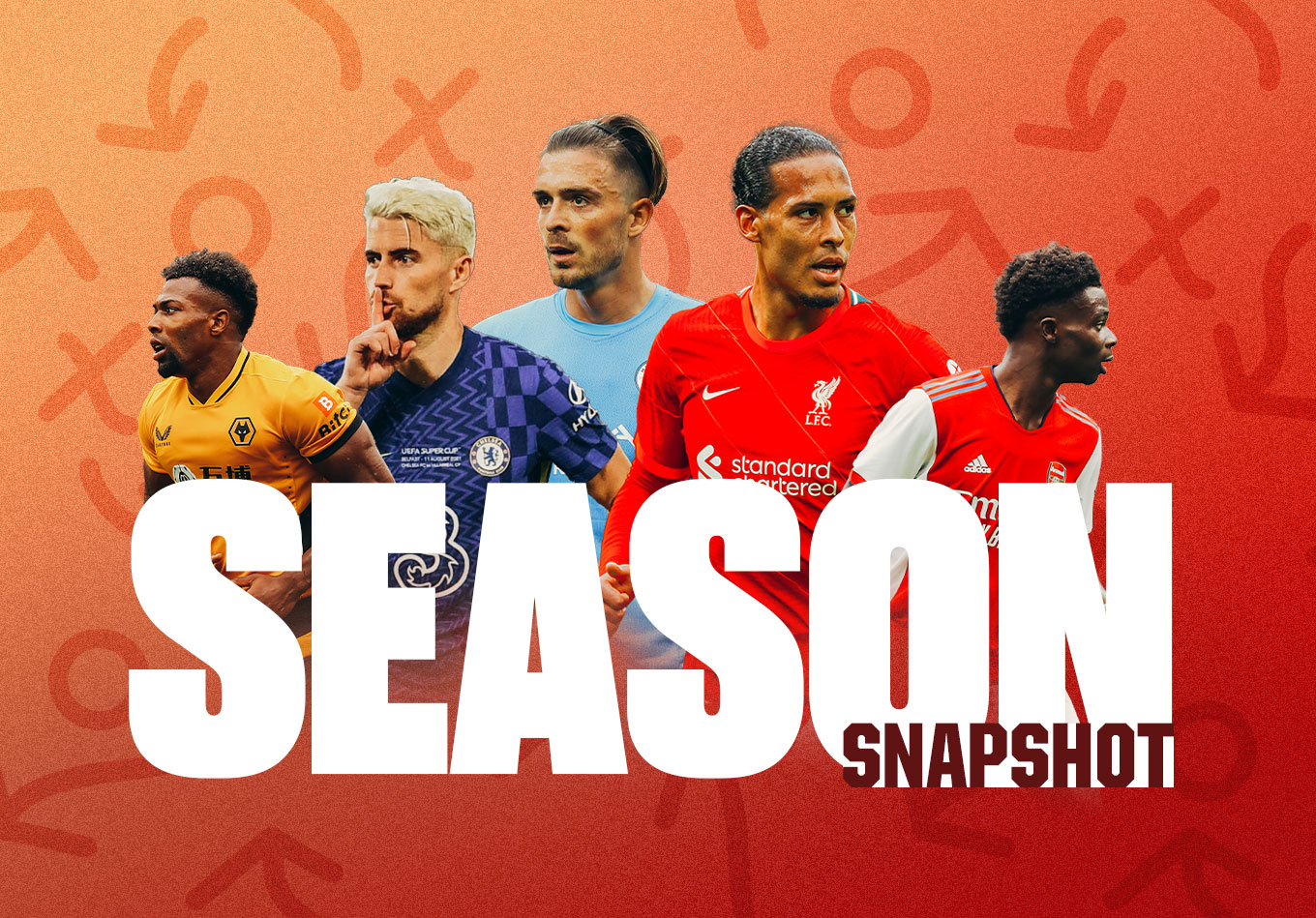 Season Snapshot: The Key Analytical Storylines From The Premier League So Far

With 70 games played, we’re already 18% of the way through the 2021-22 Premier League season. As we ramp up for the return of Premier League football, we take a closer look at how the teams are shaping up this year.

The London Marathon in the Premier League

With the most recent game of Premier League football being played on the same day as the 2021 London Marathon, it seems topical to look at some of the physical statistics from the season so far.

Ethiopia’s Sisay Lemma won this year’s men’s race, running 42.2km in 124 minutes. How does this compare to the athletes in the Premier League? Well, the average outfield player that played the full 90 minutes in a game this season ran 10.0km. If Lemma ran at his marathon winning pace for 90 minutes, he would run 30.6km.

Over the season so far, Leeds United’s Jack Harrison is 108 metres short of running the marathon distance in 363 minutes. Liverpool’s Roberto Firmino has run for one minute longer than the Ethiopian but has only covered 17.8km (or 24.4km less). Neither are comparable, but both are interesting, nonetheless.

The marathon man of the season, West Ham United’s Tomas Soucek, has covered 80.7km on the pitch so far, more than any other Premier League player and just shy of the distance of two marathons (1.91 marathons if you were interested).

The marathon team of the season is none other than Marcelo Bielsa’s Leeds United. In seven games this season, they have run over 18 marathons as a team (764km).

Not only do they cover the most distance, but they do so with incredible intensity. Leeds players have made 1,210 sprints, 21% more than the second-ranked team Southampton (997).

As with a lot of statistics, physical stats are very stylistic. Running faster and further isn’t always better. One player who has become more efficient with his runs is 36-year-old Cristiano Ronaldo.

We can look at his off-ball runs since he re-joined Manchester United, where an off-ball run is defined as a sustained off-ball movement, made with intensity, in order to receive a pass or create space while their team is in possession.

46% of Ronaldo’s off-ball runs in the Premier League this season have been into the box – the highest percentage of any striker in the division. Adapting to his new role leading the line for Manchester United, Ronaldo has two of the four highest game totals for off-ball runs into the box (17 vs. Aston Villa and 16 vs. Newcastle United).

Of the 315 outfield players to have played at least 90 minutes this season, 261 of them have run further per minute played than Ronaldo. Run smart, not far.

Pressing is part of the footballing vocabulary for even the most casual football fans these days. It’s frequency and effectiveness can be measured by a number of different advanced metrics which we will look at here.

One way we can measure pressing is by looking at the number of individual pressures applied by players within a game. A pressure is defined here as a defensive action in which a player, whose team is out of possession, moves to close down an opposing player. Pressure may be applied to players in possession or potential receivers.

By simply aggregating these pressures on a team basis, the results may initially be surprising. Brentford have applied the most pressures in the Premier League this season (3,968), while Manchester City have applied the fewest (2,694). However, we know that opportunities to pressure their opponents will vary between teams depending on how long they have the ball for.

Another way to frame these numbers is to look at where these pressures are applied. By splitting the pitch into three thirds, we now see a much more predictable pattern emerge with the teams. Manchester City apply a higher proportion of their pressures in the final third than any other team in the Premier League (29%). This is 11.8% above the league average (in absolute terms). This shows that when they do pressure the opposition, Pep Guardiola’s team often do so in advanced areas of the pitch.

The team that applies the lowest proportion of their pressure in the final third is Newcastle United. Across the Middle Eastern border of ownership, Steve Bruce cares not for the Gegenpress or Pep Guardiola’s famous five-second recovery rule. Only 9% of Newcastle’s pressures are applied in the final third, with the Magpies showing a greater tendency to sit deep and absorb attacks until the opportunity arises to release the magical feet of Allan Saint-Maximin.

These pressure numbers give us a good idea of the quantity of pressures, but we also want to know how effective they were.

Jürgen Klopp’s Liverpool rank best in a metric called PPDA. PPDA measures the number of passes the pressing team allows relative to the number of defensive actions they make in advanced areas. A lower figure indicates a greater disruption to the opposition’s ability to pass in the build-up to the final third.

Not every press is the same though. Sean Dyche’s Burnley top the rankings for high turnovers (73), a metric that measures how often a team wins possession in open play within 40 metres of the opponent’s goal line. This is likely to be testament to their ability to win second balls in advanced areas of the pitch.

Although these numbers are not adjusted for possession, Burnley press in good company, closely followed in the rankings by Liverpool (70) and Brighton and Hove Albion (62), two teams lauded for their effective pressing strategies this season.

Let’s finish with the basics. Passing is one of the fundamental building blocks in a game of football. Some choose to do less of it, and some choose to do more, but they all have to do it.

They progress the ball upfield slowly, at a rate of 1.3 metres per second, and average 4.8 passes per sequence. Graham Potter’s Brighton look similar in this high-level comparison and, together with Liverpool and City, make up only three teams to record over 100 sequences containing 10+ passes.

But passing without end product is futile.

Despite Brighton recording such a high number of sequences of this length, only 14% of them have ended with a touch in the opposition box or a shot. Only Leeds United (9%) and Brentford (3%) have converted a smaller percentage into such advanced opportunities.

Manchester City and Chelsea’s ruthlessness is illustrated with their ability to convert theirs, sharing a league-high 31% conversion rate of turning these long possessions into a touch in the opposition box or a shot.

Liverpool, the third of the original passing trio, have gone one step further and managed to convert four of these build-up phases to goals, two more than second-ranked Chelsea.

Passing with end product is not futile. 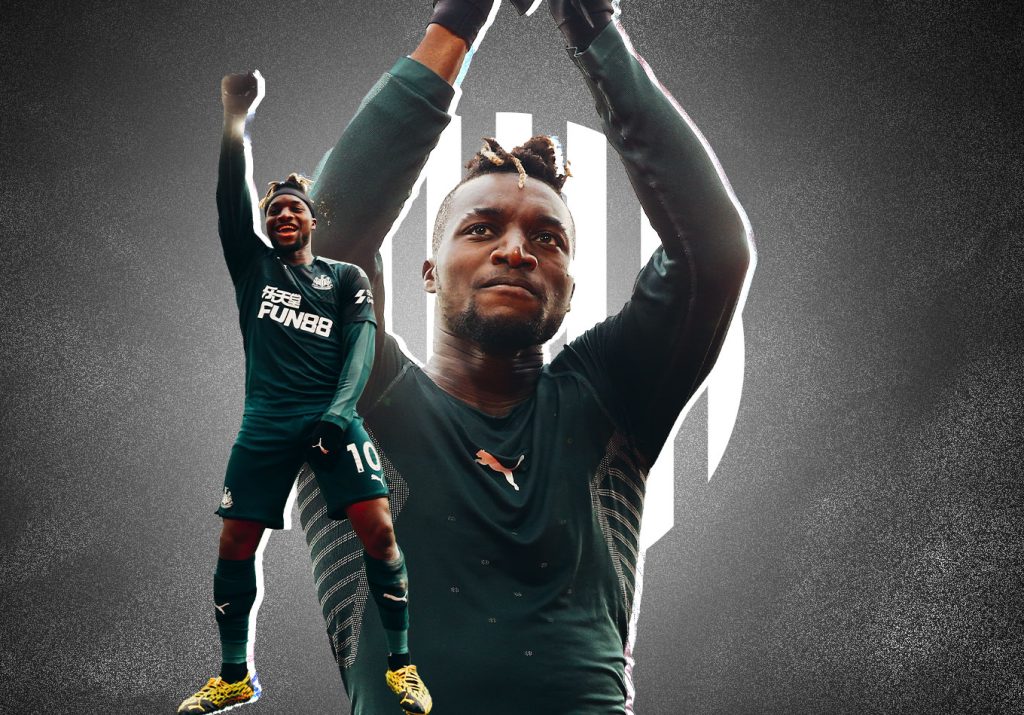 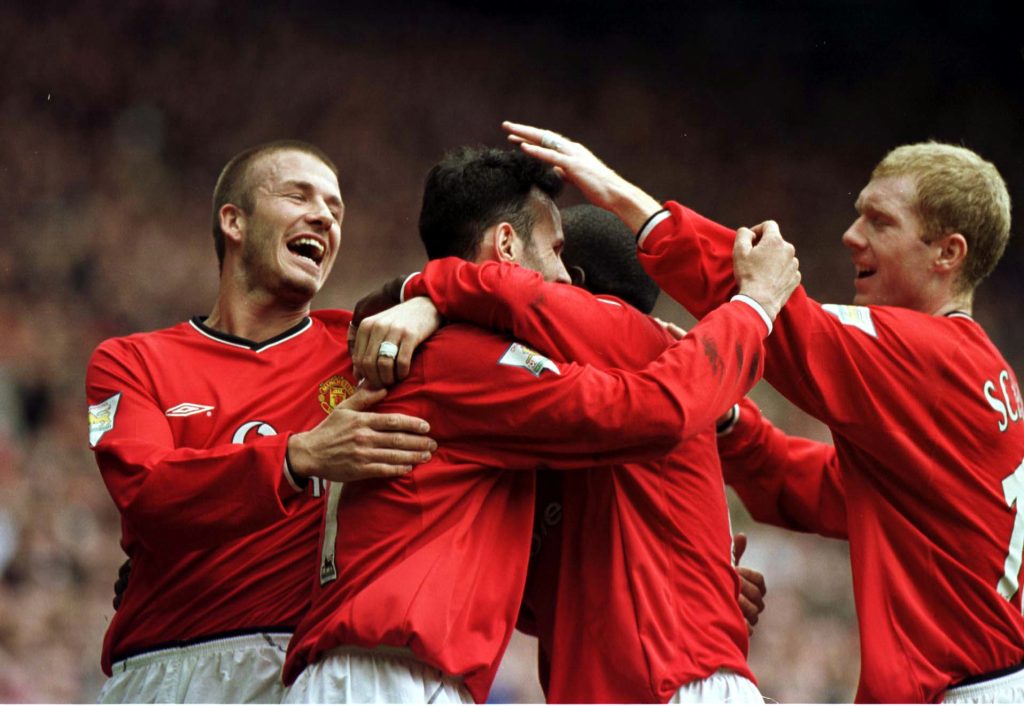