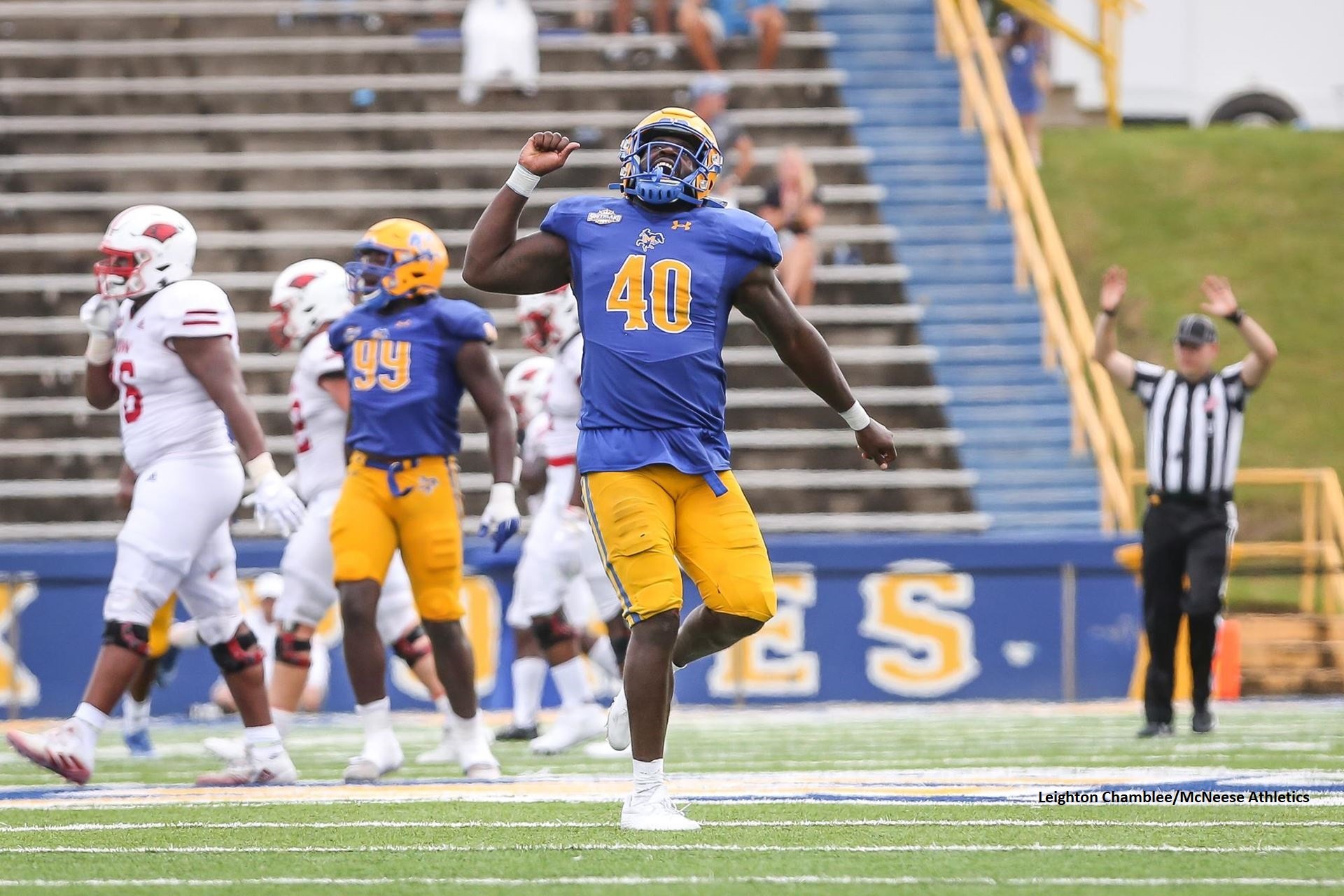 In addition, McNeese earned FCS National Team of the Week.

Cheek completed 27 of 31 passes (87.1 percent) for 328 yards and accounted for three touchdowns as Elon beat New Hampshire 24-10 for its third straight CAA Football win. He had a stretch of 17 straight completions and touchdown passes of 58 and 18 yards plus a three-yard TD run. Returning from an injury suffered before the spring season, Cheek has four games of at least 300 passing yards and two TD passes this season.

French was a dominating force as Gardner-Webb beat Robert Morris 28-17 to end a nine-game Big South losing streak. He posted nine tackles, including four tackles for 27 yards in losses (three were sacks), with four quarterback pressures and two fumble recoveries, which both led to touchdowns. He had a strip sack and fumble recovery in RMU’s end zone to put the Runnin’ Bulldogs ahead 14-0 and a fumble recovery on the next possession, which set up another touchdown.

Sheread returned five punts for an FCS season-high 154 yards and scored one of his four touchdowns on a 59-yard return in Florida A&M’s 31-28 SWAC win at Mississippi Valley State. The other three TDs occurred on receptions, including a 19-yarder that reversed the Rattlers’ 28-24 deficit with 6:32 to play. The Texas State transfer caught eight passes for 88 yards.

The true freshman posted the second-best single-game rushing performance in school history, finishing with 253 yards on 22 carries (11.5 average) and four touchdowns, as Central Arkansas defeated Lamar 49-38 in an AQ7 matchup. He scored on runs of 6, 2, 69 and 67 yards to push his season total to 13 rushing TDs, which is tied for the FCS high.

The Cowboys reversed a 31-0 loss to UIW four weeks earlier while earning their 200th all-time Southland win, which is the conference record. Isaiah Chambers had four of the defense’s 10 sacks, and the unit forced 2020-21 Jerry Rice Award recipient Cameron Ward into four turnovers. Deonta McMahon rushed for two touchdowns, and quarterback Cody Oregon had both a TD pass and run in the win.