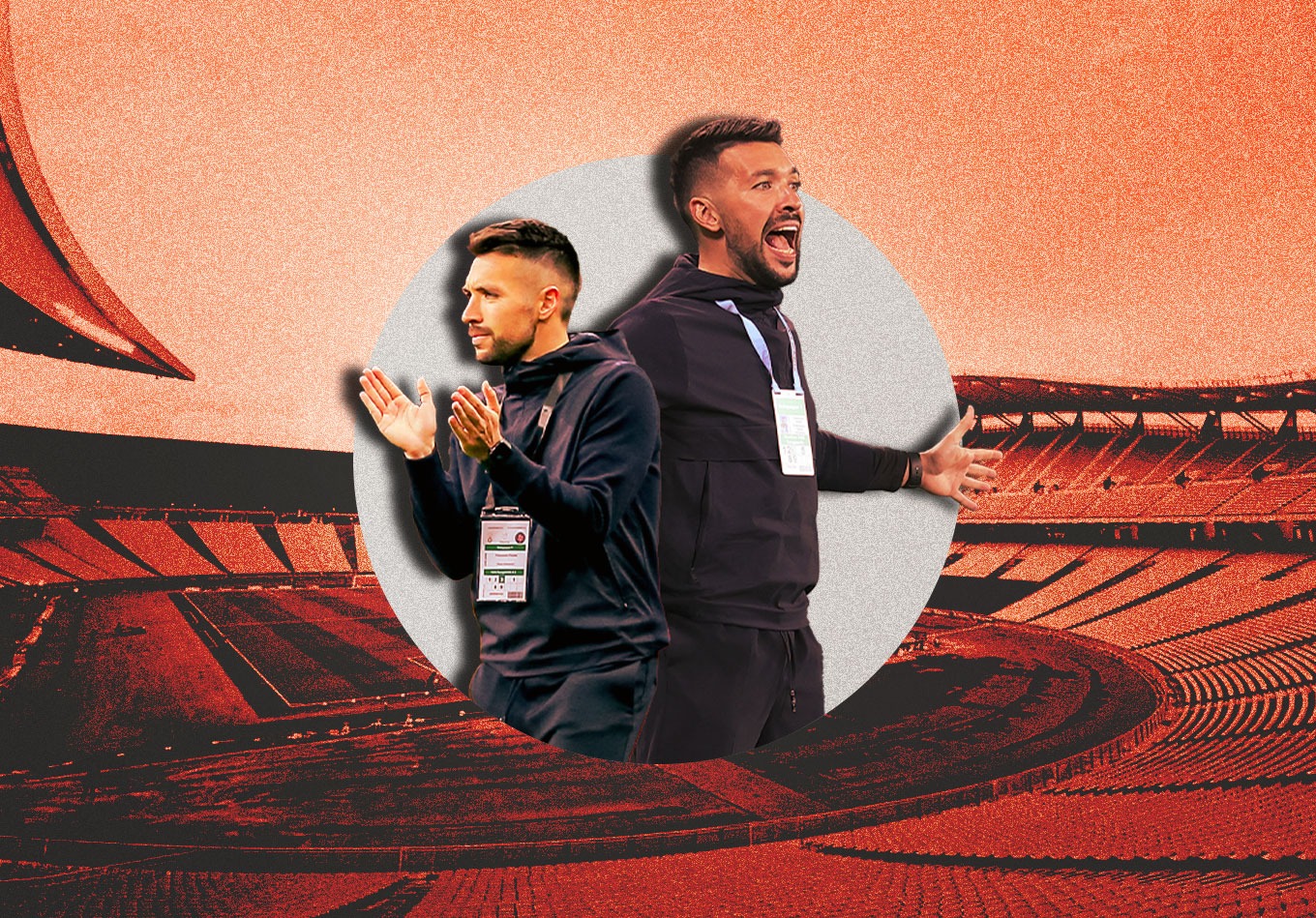 New manager Francesco Farioli is overseeing a revolution at Süper Lig side Fatih Karagümrük. The Italian coach has masterminded a huge transformation in his side’s style of play in a very short space of time. Here’s how he’s done it.

When people talk of Italian football managers, the names mentioned are normally the “usual suspects”: Carlo Ancelotti, Antonio Conte, Maurizio Sarri, Roberto Mancini, Massimiliano Allegri and Claudio Ranieri, with Conte being the youngest of the group at 52 and “Sir Claudio” the oldest (70). Of this group, only Allegri so far has not tested himself outside his domestic borders.

But looking beyond these names there is a long list of Italian managers operating abroad: some are experienced and, more or less, established figures. Others are young and determined to make a difference in football, no matter where their career takes them.

The youngest of the lot, at just 32 years old, is Francesco Farioli, currently in charge of Fatih Karagümrük in the Turkish Süper Lig.

His progress so far has been as quick as it has been unusual. Farioli is not your usual ex-footballer who starts managing because an injury cut short his career. He studied philosophy at university, and his early coaching days focused heavily on goalkeeping, arguably the most overlooked role in a team sport such as football. His papers and his passion got noticed when he started coaching ‘keepers at amateur level and then at Lucchese in Lega Pro, the Italian Third Tier. He then went to Qatar and returned when called by Roberto De Zerbi, then manager at Benevento. He followed De Zerbi to Sassuolo, where he became more than just a goalkeeper coach, and after two seasons there he jumped at the opportunity to become assistant manager at Alanyaspor in the Turkish top flight.

Towards the end of a very successful 2020-21 campaign where Alanyaspor qualified for Europe courtesy of a fifth-place finish and runners up medal in the domestic cup, he was called to his first managerial role at newly-promoted Fatih Karagümrük SK. He was the youngest football manager in a pro league in Europe at the time of his contract signing.

After just a few months, some Italian clubs are already showing an interest in bringing Farioli back to his native country. And it’s not because of his age but for the way he’s transformed his new team in his first few months in charge.

Since his appointment, Karagümrük are second only to Besiktas in terms of goals scored and average 2.8 Big Chances per game, just behind Galatasaray. The only issue at the moment seems to be that the team alternates between totally misfiring (four games where they’ve blanked in front of goal) and being on fire (three or more goals scored in the remaining four).

What Farioli is trying to establish is a creative side, whose game is based on possession and quality passing.

Since taking charge, the Red and Blacks have attempted the fewest long passes (just 41 per game) and third-lowest number of crosses (14 per game), instead opting for a less direct but more effective playing style. Comparing the two team style charts above and below, shows the fundamental difference in the side’s playing style since the Italian manager took over.

Fatih Karagümrük boast the highest possession in the Süper Lig since Farioli’s appointment (61.3%). Fenerbahçe come next with 60.4%, İstanbul Başakşehir in third with 59.0%. In fact, Fatih Karagümrük have had only two games with lower than 50% of the ball: against Besiktas last season (2-1 away win) and versus İstanbul Başakşehir, a 3-1 home win in the last round of games.

In terms of total passes and passing accuracy, they have been second only to İstanbul Başakşehir. But despite that similarity, they’ve tried to be more progressive when in possession, attempting the highest number of forward passes per game.

Karagümrük also boast the second-highest number of 10+ open-play pass sequences and the highest number of build-up attacks, showing their willingness to maintain possession for long periods of time. Again, comparing those numbers to those before Farioli’s arrival shows the impact his philosophy has had on the club.

All of the so-called Big Four in Turkey rely on a more direct playing style as shown by the above graphic.

It remains to be seen how a more stylish way of playing will reflect on the final table come the end of the season. The main problem for Farioli seems to be converting all this passing and possession into goals. Since he took charge, his team has had 60%+ possession in 13 games, but has managed to win only five of those (D4 L4). Their top goal scorers last campaign were Alassane Ndao (11 goals in 38 games), Artur Sobiech (nine goals in 34 games), and Fabio Borini (nine goals in 20 games).

To correct those issues, Farioli has signed Aleksandar Pesic, who has already scored five goals in eight games. He’s been ably assisted by Andrea Bertolacci, chipping in from midfield with five strikes in four. It’s still early days, but the form of those two could be a sign that Karagümrük are starting to convert their dominance in games into goals.