The Data Day: Our Rolling MLB Postseason Blog | The Analyst 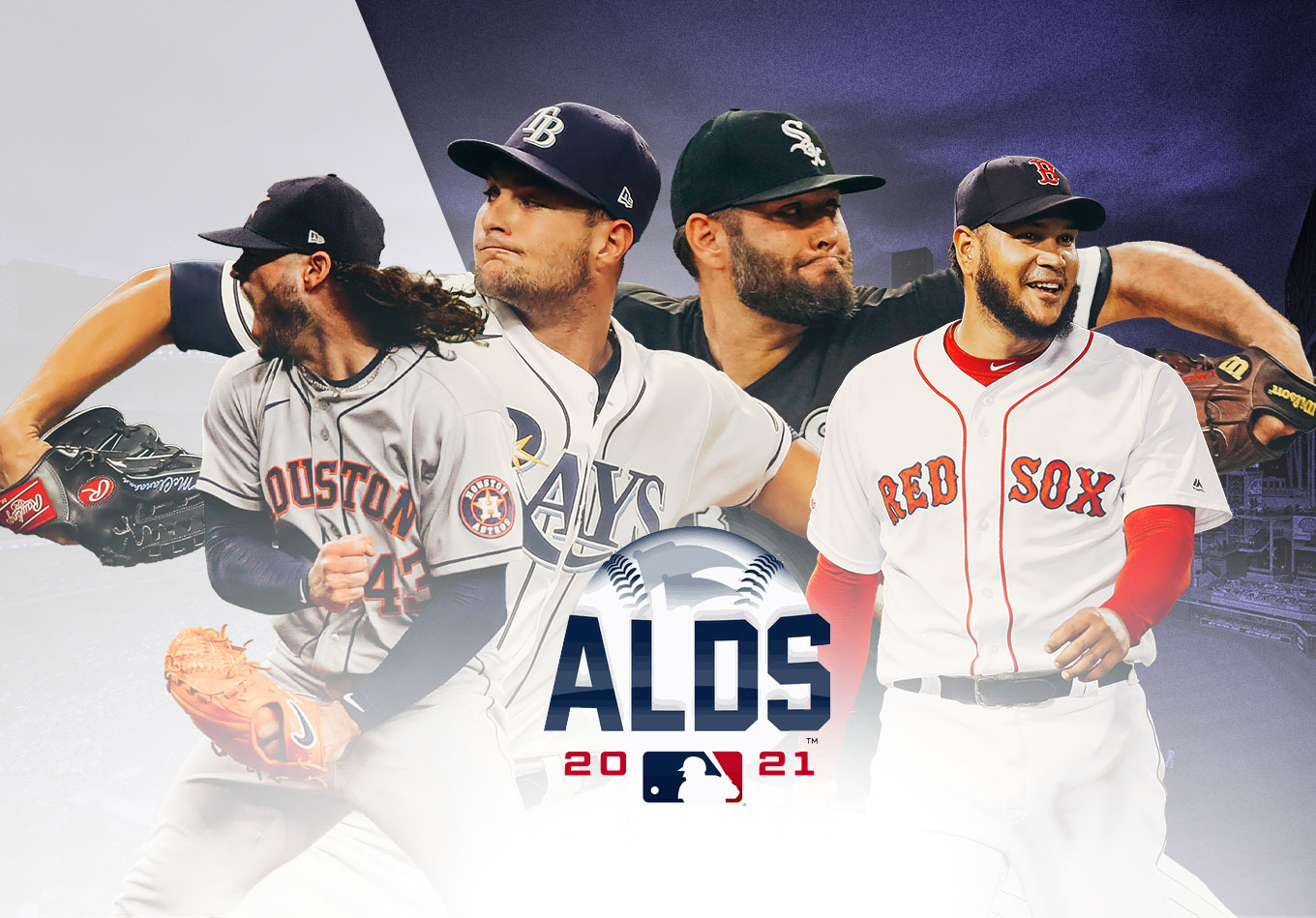 The American and National League Division Series begin today, and we’re examining the key Game 1 matchups with the help of our TVL pitching data.

Awaiting are the Boston Red Sox, who are no doubt boosted following their wild card triumph over the New York Yankees on a night when the bats went hot and the arms lit up.

Building off a strong May, it’s perhaps unsurprising that Kevin Cash’s club is once again eyeing a postseason run.

But the pathway hasn’t exactly been smooth. Since then, Tyler Glasnow found himself sidelined with Tommy John surgery, Rich Hill found himself traded to the Mets and the Rays used 41 different arms to get through the regular season. (Albeit one of those being Brett Phillips trying to prove himself the best two-way player in MLB.

And that revolution shows in the starting rotation for the first three games of the ALDS, with Shane McClanahan and Shane Baz set to take the mound at Tropicana Field and Drew Rasmussen likely to follow in Game 3 depending on bullpen usage. We’ll get onto the latter two as their starts roll by, but first to McClanahan.

The 31st selection overall in the 2018 draft already owns a small piece of MLB history after becoming the first pitcher to make his major league debut in the ALDS last year against the Yankees. And it was hardly an auspicious start as he worked 4.1 innings over four games, allowing eight hits and four earned runs.

But an off-season of work alongside Rays pitching guru Kyle Snyder led to a new pitch in his arsenal and by late April, a full-time major league call-up followed. After taking some time to settle in early in the season, the left-hander never looked back over the end-of-season stretch, going 7-3 with a 2.81 ERA over his last 13 starts.

Three of those games came against the Red Sox. So utilizing our TVL data, which tracks pitch type, velocity, location, and the intent (think target) of every pitch, we can look at what McClanahan might try to replicate here.

Having previously relied pretty much solely on his fastball-curveball combination with an occasional changeup, the addition of the slider in the offseason has given McClanahan an additional weapon he’s willing to use at any stage of the count. In fact, his curveball all but disappeared when behind in the count against the Red Sox in those final three starts (once but not at all when the count moved full).

McClanahan’s intent is to continually pound the strike zone down and away, stretching the zone as south as possible with his offspeed pitches with only the fastball heading in the upper half.

Granted, with an average fastball speed of 95.8 mph in these three starts, it isn’t exactly easy for the Red Sox hitters to catchup to his power pitching, but there may be a giveaway in his release point as to when the four-seamer will be heading their way.

It comes from an almost vertical position compared to his other pitches. It’s a small variance, but one that might just be enough to bring rewards for the Red Sox if they’re savvy enough to notice.

For the Red Sox, with Chris Sale being pushed back to Game 2, Alex Cora is entrusting Eduardo Rodriguez with the ball. And the stats alone don’t make for the prettiest reading.

The left-hander’s 4.71 ERA in 21 innings against the Rays this season is very similar to his season-long numbers (4.74 ERA in 32 outings, 31 starts). And his last outing against the Rays on Sept. 7 didn’t end well as he was chased after 3.2 innings work, giving up eight hits and six earned runs in the process.

The strange thing is, just five days previously, Rodriguez had been lights-out – putting in six innings work while allowing four hits and, crucially, no runs in a 4-0 victory. So what was the difference?

Just by looking at the pitch types from both outings, it’s clear that the cutter was utilized more often when behind or even in the count in the second outing, perhaps suggesting a slight crisis in confidence in his fastball and changeup.

The numbers he posted in the first outing here are more in line with his season average (changeup 22.8%, cutter 17.3%), so it should be interesting to see if he reverts back to this formula in this meeting.

And just by way of comparison with McClanahan’s release points – it’ll be slightly harder for the Rays hitters to decipher what might be coming off the mound towards them.

And this is just the pitching duel – there’s plenty more stories lines to look forward to over what should be an intriguing ALDS matchup.

Can Randy Arozarena return to the form that captured the eyes of everyone last postseason? What about Wander Franco and his first run in the playoffs? Will J.D. Martinez be healthy enough to return to the active roster?

It’s certainly going to be a series you can’t keep your eyes off each night.

Lance Lynn has introduced a new slider over the past month, but it might not help him overcome his struggles against the Houston Astros.

Lynn will take the ball for the Chicago White Sox in Game 1 of the American League Division Series at Minute Maid Park. Despite not qualifying by just 6.0 innings, the 10-year veteran right-hander’s 2.69 ERA would be best in the AL (minimum 150 innings). He started his career under Tony LaRussa and received a two-year extension earlier this year from Chicago.

Lynn, however, has had a difficult time when facing the Astros in his career and he allowed six runs in four innings in his lone start against them this season. Perhaps a new weapon might help change his luck? Known for manipulating his fastballs, Lynn spent his early September trip to the injured list toying with a new slider.

Lynn and pitching coach Ethan Katz felt that a pitch with more horizontal movement and slower velocity could help him miss bats more. But in the small sample size so far, the slider has a whiff+ of 68, compared to the cutter with a whiff+ of 114.

He’s thrown it 26 times at an average velocity of 83.8 mph, and it should be interesting to see how often he goes to it against the Astros.

Overall, Lynn is very aggressive in the zone with his fastballs and cutter. Once ahead in the count to right-handed batters, he’ll go out of the zone more with the slider and cutter. He also tends to elevate the four-seam fastball more in these counts.

There have been plenty of Astros who have had success against Lynn. Yordan Alvarez has gone 5 for 11 with a home run lifetime in the matchup, while Alex Bregman is 6 for 15 with two homers, Michael Brantley has gone 10 for 26 (.385) and Jose Altuve is 13 for 34 (.382) with two homers and three doubles.

Carlos Correa, however, is just 1 for 12 with nine strikeouts against Lynn. Correa is expected to be playing behind Lance McCullers Jr., who has emerged as the ace of the Houston staff.

The 28-year-old right-hander, who finished with the second-best ERA in the American League at 3.16, heads the Astros’ playoff rotation in their fifth straight postseason appearance.

Using our TVL data, which tracks pitch type, velocity, location, and the intent (think target) of every pitch, we’re able to get a sense of how McCullers likes to attack opposing hitters. He leads the way with his two-seam fastball at 33.8%. It’s a pitch that has helped him get weak contact and lead the AL with a 56.4 ground ball percentage.

Couple that with the fact that the White Sox were third in MLB with a 46.1 ground ball percentage, and the Astros infielders better be ready for a lot of action. Chicago also boasts the fourth-highest base-on-balls percentage (9.6) in the majors, which could make for an interesting battle against McCullers and his baseball-worst walk percentage (11.1).

After his fastball, McCullers throws his breaking balls 50.5% of the time. But things get interesting when it comes to how he uses his slider and curveball. He throws the slider 44.2% of the time to right-handed batters and the curveball 49.7% to left-handed hitters, intending to hit virtually the same spot in both situations (see below).

The White Sox stack their lineup with as many lefties as they can to get the platoon advantage. However, this could backfire as the McCullers’ curveball has a whiff+ of 123.

McCullers is 4-1 with a 2.17 ERA in six career starts against Chicago. Jose Abreu, whose status is uncertain as he deals with an illness, is the only White Sox with at least nine lifetime at-bats against McCullers. The 2020 AL MVP has gone just 4 for 18 in the matchup.