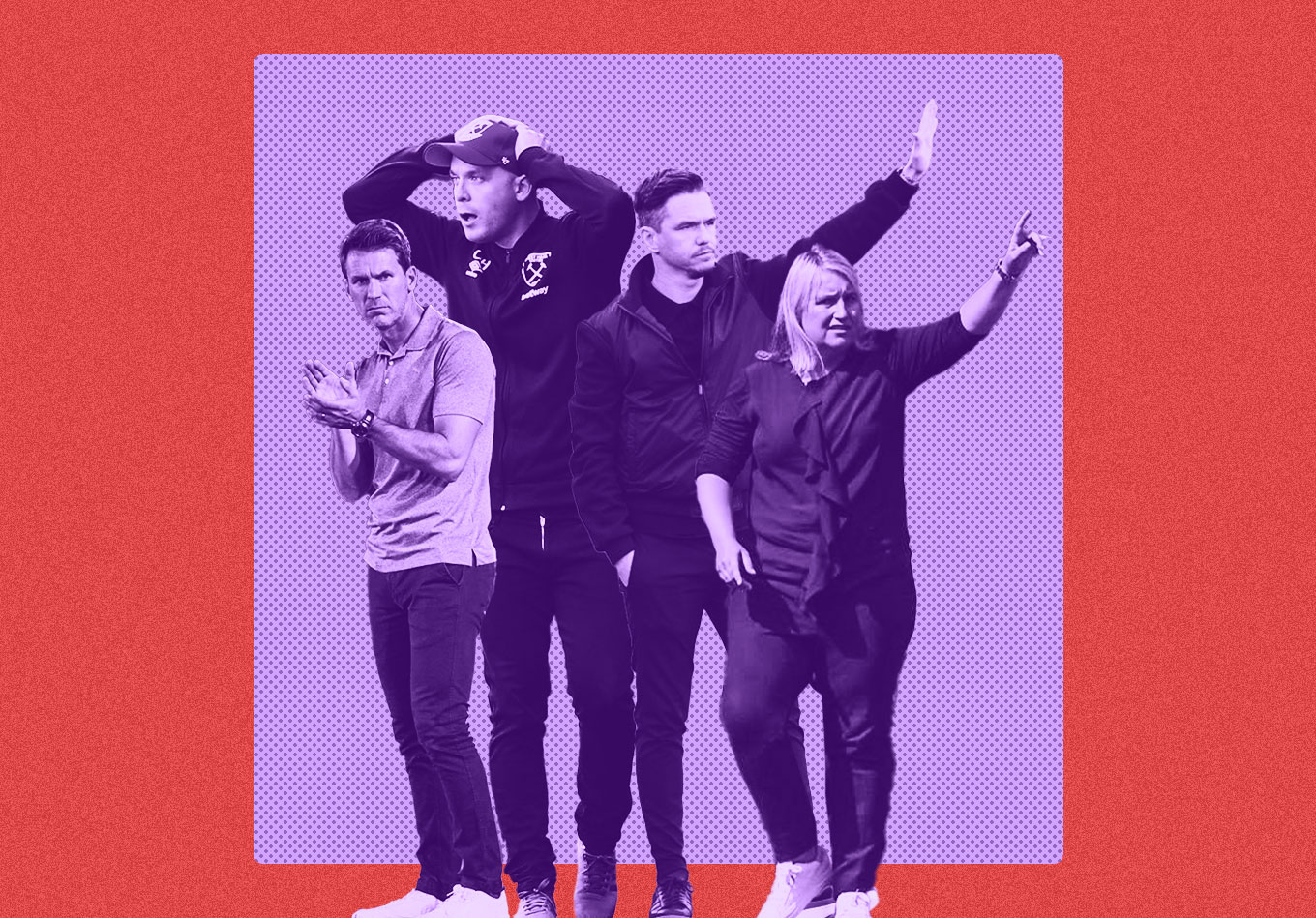 In the blink of an eye, the Women’s Super League has completed two gameweeks and hurriedly rushed everyone off to an international break. So now is the perfect time to lift the lid on some of the trends that have stood out in the first two games.

Traditionally in the Women’s Super League, pressing has been the preserve of the elite. The ‘top three’ of Chelsea, Manchester City and Arsenal have used it to turn the screw against the smaller sides, whilst everyone else has looked to sit back and defend for their lives. This year, however, has hinted at a change of approach from certain teams.

Newcomers Leicester City might be near the bottom of the league but they are top of the PPDA (Passes per Defensive Action) table averaging 7.1 over the first two matchdays. It’s a tactic that should at least have merited them points on the opening day against Aston Villa where they outperformed them 1.85 to 0.76 on expected goals, but they conceded twice in the space of two minutes from their only two shots on target faced to lose the game.

Villa themselves have also employed a more intense pressing strategy this season. There were some question marks about how Carla Ward would adjust the ultra-conservative style employed by Birmingham to Aston Villa this year – so far it has paid dividends with Villa coming from behind twice to pick up four points against Leicester and West Ham.

High-flyers Brighton, who are currently the surprise leaders of the WSL with six points, seven goals, and none conceded, have also added an additional intensity to their game this season. Although their PPDA figure might be slightly skewed by the fact they played 60 minutes against 10 players of West Ham on the opening weekend of the season, Hope Powell’s side have certainly started with intent racking up their biggest ever WSL win against Birmingham City on the last Sunday of action.

As the season wears on, these figures may well decrease but for now it suggests that a number of sides feel much more capable of taking the game to their opponents than perhaps they have done in the past.

Who knows what football managers get up to on their summer holidays, but if the start of the WSL is anything to go by it appears they’ve have been studying recent tactical deployments by Thomas Tuchel/Antonio Conte/Gareth Southgate (delete as appropriate based on your favourite purveyor of a back three).

The three centre-back approach has been taking the league by storm with varying degrees of success so far.

The most eye-catching has been Emma Hayes’ decision to move away from the midfield diamond that led Chelsea to a league title and Champions League Final last season, in favour of a new 3-4-3. The Blues struggled with the formation against Arsenal, losing 3-2 and their centre-backs were ruthlessly exposed at points, but a positional switch between Jess Carter and Millie Bright saw them saunter to a 4-0 win against Everton.

Hayes’ side and West Ham are the only clubs to use a back three for both their games this season, with the east London side one of the few teams to do this last year following Olli Harder’s appointment as coach. Results have not gone their way so far but the loan signing of Lisa Evans to play wing-back combined with Adriana Leon’s placement in a front two alongside Claudia Walker looks like it could be very effective as the season goes on.

Everton, meanwhile, are a side who look like they have intended to play a back three but have actually ended up with a back five against both Manchester City and Chelsea. The Toffees have endured a horrendous start to the season, not aided by the fact that Leonie Maier – the right-back they signed to replace Ingrid Moe Wold – missed the opening two matches through lack of fitness. This has led to centre-back Rikke Sevecke and right-winger Nicoline Sorensen filling in with little success. Willie Kirk will likely want to give the formation another crack against weaker opposition, given his side are front-loaded with attacking talent, but it has not been a great advert for it so far.

Whether sides are just looking for a cautious start to the season or if this is representative of a real shift is unclear. Chelsea’s reason for switching has supposedly been because of an inability to recruit full backs in the summer, although as we will see further on, it has also had some intended beneficial consequences. If the shift is real though, based on what has happened in the Premier League previously, we could end up seeing more and more sides converting to a back three over the season.

It would be unfair to call Pernille Harder’s first season in the WSL a disappointment, but it is undeniable that she did not have the impact many would have expected. Harder has created high standards for herself, having won UEFA Player of the Year twice, but the forward recorded her lowest domestic goalscoring season since 2016-17 by scoring only nine goals from the tip of Emma Hayes’ midfield diamond in 2020-21.

Chelsea’s switch to a 3-4-3 this season seems to have freed up the Danish international. Now playing as the left inside-forward, she is already getting into more promising shooting positions and linking up better with Sam Kerr and Fran Kirby.

The focus has been on Chelsea using a back three to distract from their lack of full backs, but perhaps instead it has been Hayes’ approach to getting the best out of her record signing. Given that Kerr and Kirby scored 37 goals between them last year, the idea that Chelsea are setting free a player who previously scored 26 in one season in the Frauen Bundesliga is terrifying.

New Manchester United manager Marc Skinner has put his own stamp on Casey Stoney’s former side by playing Ella Toone as a false 9. Toone was United’s best attacking player last season and Skinner clearly sees the value of building a team around her. He himself described her as a “nine and a half”, saying she has “this ability so she can get into gaps that are a nine’s gaps or a ten’s gaps”.

So far, in an attacking sense, it seems to be suiting United well. Despite concerns that they might struggle with their exodus of players over the summer, they come out on top for both xG (4.15) and overall shots attempted in the league (47), while Toone’s positioning also seems to be getting the best out of the players around her. Three Manchester United players feature in the top 10 players with the highest xG so far this season, more than any other side, and none of them are Toone, despite her central role.

With Alessia Russo returning to full fitness and Martha Thomas embedding herself within the team, Skinner does have the option of a more traditional centre-forward, but for now it seems that Toone has got the position all sewn up.

Everton were touted by many as having the potential to challenge for the top three this season after a summer packed with exciting signings. Yet things have not quite gone to plan as they recorded back-to-back 4-0 losses against Chelsea and Manchester City in their opening two games.

Part of Everton’s problem has been their inability to keep possession in their defensive third. Everton have suffered 32 high turnovers in their opening two fixtures – eight more than any other side, with nine of those ending in shots. Against Manchester City, two of those high turnovers led to goals, whilst Chelsea’s seven shot-ending high turnovers is one of the most by a side in a Women’s Super League match since 2017-18, with only three efforts by a team against an opponent being higher.

Whilst Everton’s losses to Chelsea and Manchester City have not really been any worse on paper than last season, the way they have so easily ceded possession – which in Megan Finnigan’s case was literally passing the ball to Sam Kerr to score into an empty net – has left Willie Kirk with plenty cause for concern.

When Manchester City imagined what the end of their long unbeaten home record would look like, it certainly was not this.

A freak own goal that resulted from a Rosella Ayane slam-dunk style handball saw City lose 2-1 to Tottenham at the City Academy Stadium, and with it fell numerous records. It ended their 62-game unbeaten streak to a side outside of the top three, as well as bringing to a close their record 33-game unbeaten home run, which had stretched back to April 2018.

It has also imperilled City’s attempts at ending their run of four consecutive second-placed finishes. Chelsea are the only side to have lost to a team outside of the top three and gone on to win the title since the revamped winter WSL in 2017-18, but luckily for them, that loss to Brighton did not stop them from retaining the league, mostly due to it being the only game they lost all season. If Manchester City wish to repeat that feat, they will likely have to go close to unbeaten for the rest of the season – a tough task. 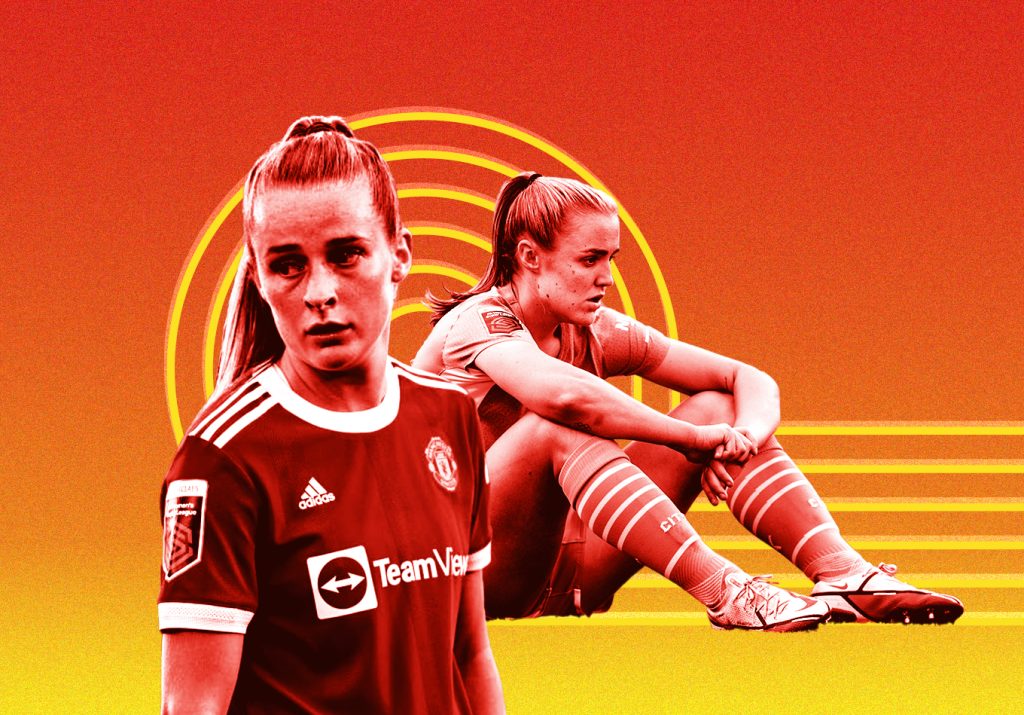 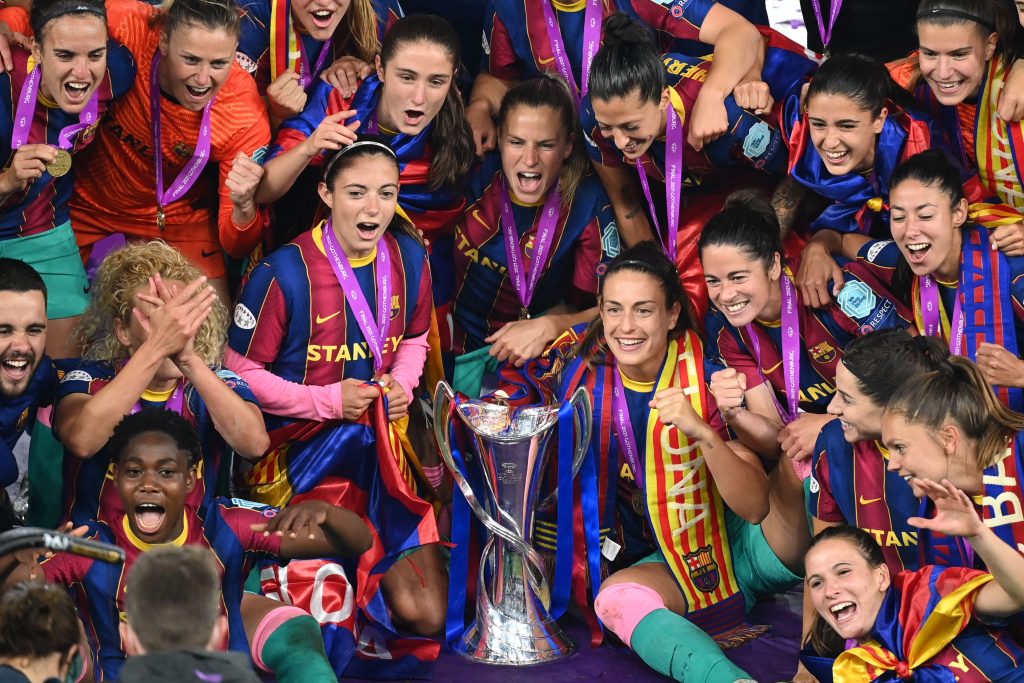 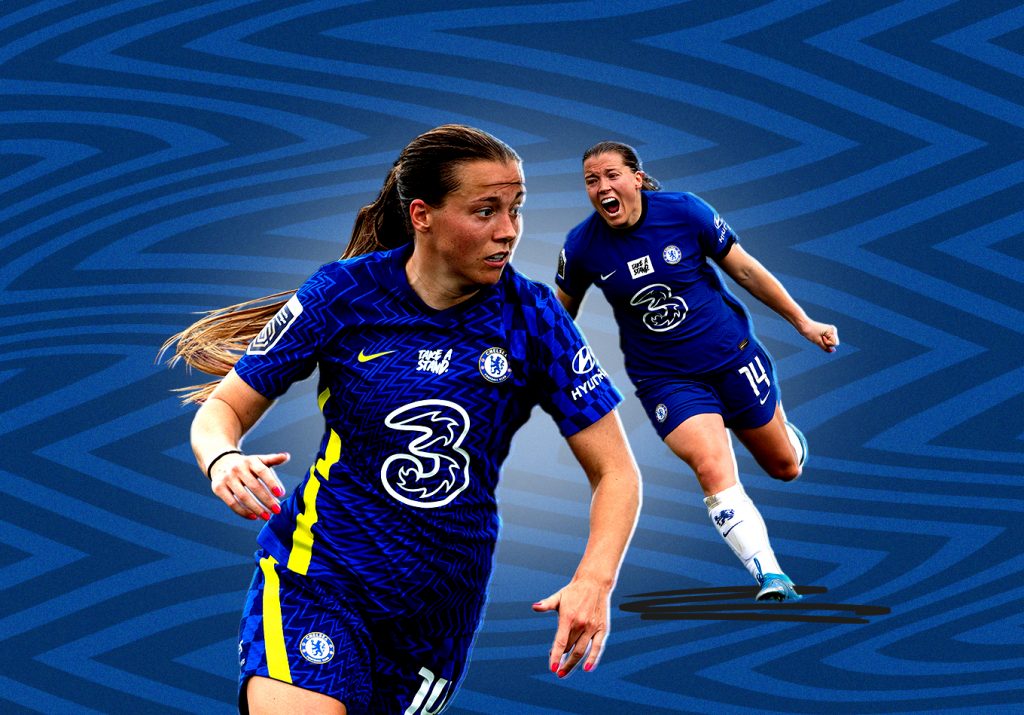 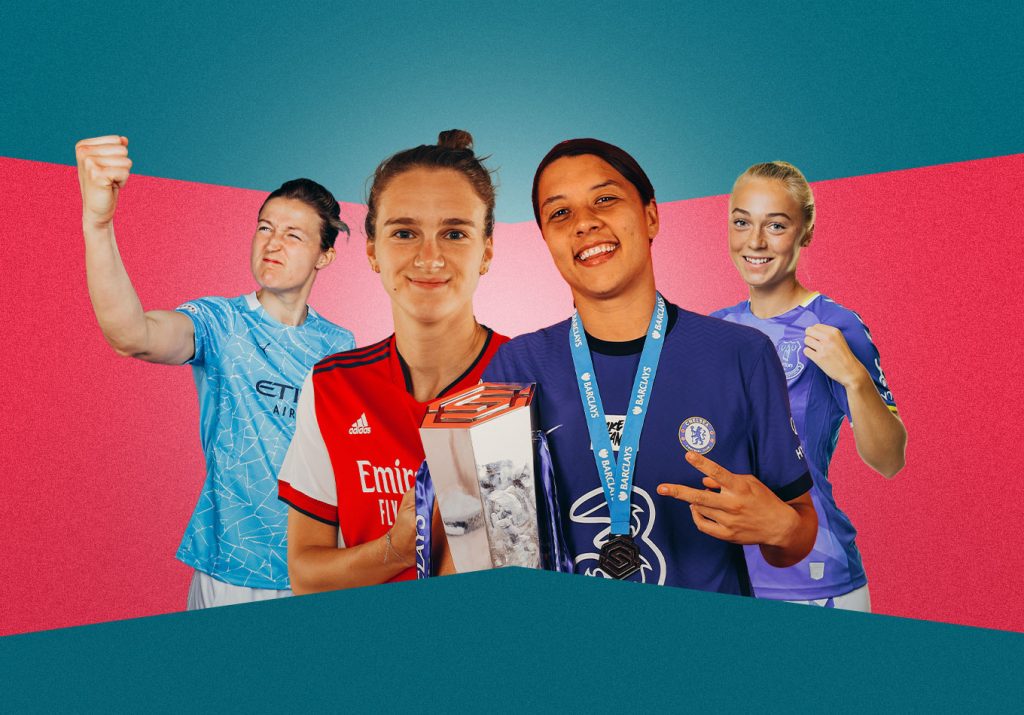