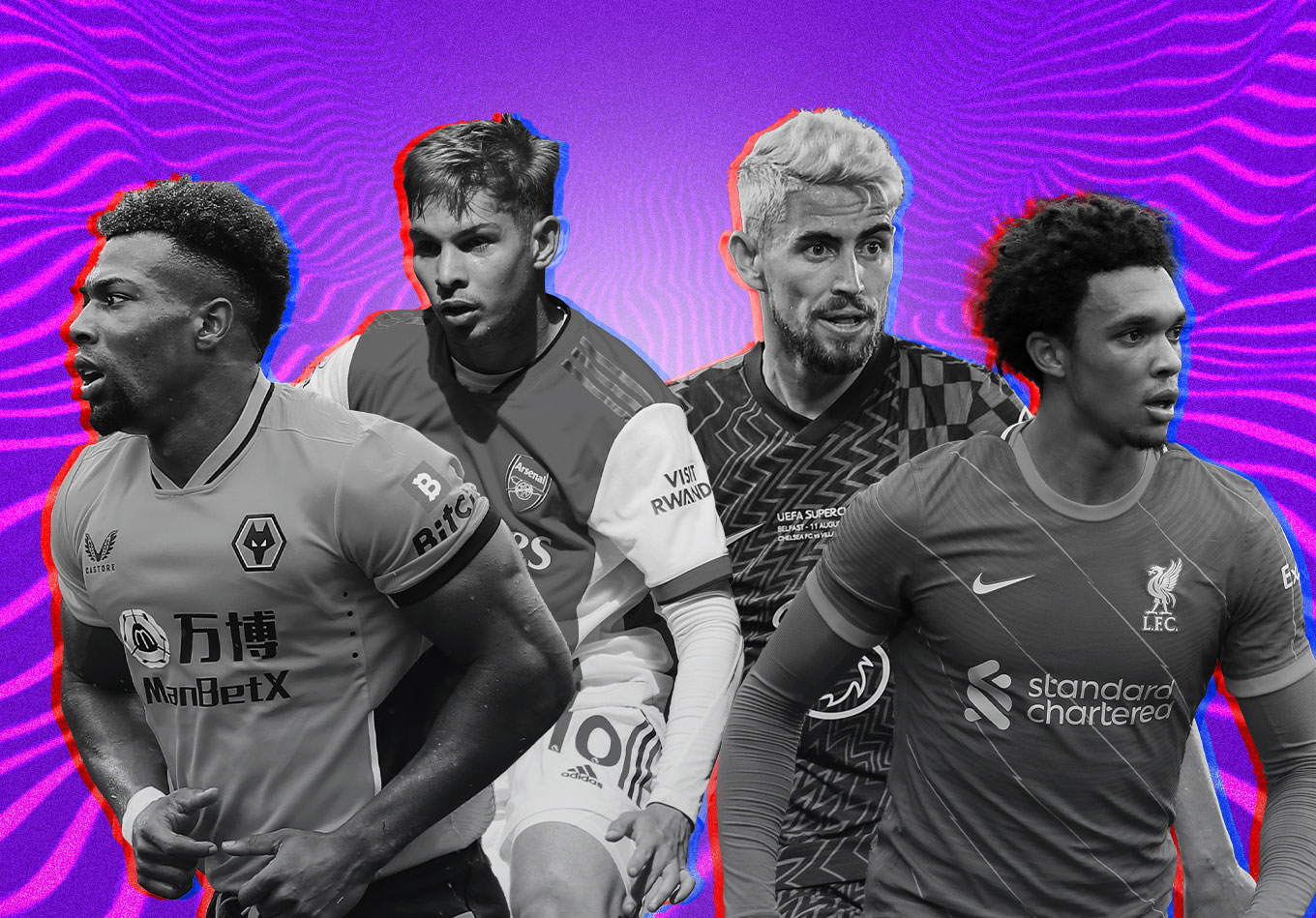 Four and a Half Hours In

Sergio Leone wanted Once Upon a Time in America to last 269 minutes but was convinced that four hours and 29 minutes was too long to tell a story that spans decades. The 2021-22 Premier League season has been going for about the same amount of time, yet we have barely uncovered even the earliest hints of this season’s storylines. This time in 2020-21 Manchester City and Pep Guardiola were apparently finished as a competitive force and we were set to have more than 300 penalties in a single season. It’s far too easy and tempting to step in too early and draw outlandish conclusions after just a handful of games.

THAT SAID: we at The Analyst are lucky to be able to inspect resources like the Premier League Insight feed and use it to make some wiser observations about the first three weeks of the new season. And here they are:

How Will Manchester United Integrate Ronaldo?

Manchester United’s social media did not lament the departure of Cristiano Ronaldo in 2009 as there wasn’t any; the club had to wait until Alex Ferguson left four years later before signing up to all your favourite networks. Times change, and so do footballers; Ronaldo is now, like late-era Alan Shearer, mainly a luxury target man, meaning he does his best work in the box, something evidenced by his total of seven headed goals in Serie A last season, more than Arsenal scored as a team in the Premier League. All good: get the ball to Beckham or Giggs to whip some crosses into CR7 and he’ll easily get the 16 goals he needs to join the Premier League 100 club. Oh, I see.

That’s right: Manchester United in 2021-22 are possibly the least cross-focused team in the Premier League. They are the only side to average fewer than two of their own players in the penalty area on open-play crosses this season, and only twice have United had four players in the box on an open-play cross. This is a team build for swift counter-attacks, or it has been thus far. When it works, as it did in the opening game against Leeds, it’s spectacular. But sometimes it doesn’t work, and it doesn’t feel like adding Cristiano Ronaldo will make it work more smoothly.

Of course, no team is required to choose a tactical approach at the start of the season and then stick with it for 38 games, but to get the best out of their returning veteran superstar, Ole Gunnar Solskjaer and his coaching staff will need to have done some thinking, because if Ronaldo doesn’t get the service he’s used to, he’ll certainly let them know.

As we pointed out in our look back at last season, no club in the English top-flight is more committed to the inswinging corner than Sean Dyche’s Burnley, and once again the Clarets are persisting exclusively with the aesthetically aggressive corner delivery method. All 16 of Burnley’s corners in 2021-22 have been inswingers, with four of them creating goalscoring chances, which is a more than reasonable ratio.

There is, though, a new face on the aesthetically aggressive corner delivery scene™, and that face belongs to Steve Bruce. His Newcastle side have been awarded 15 corners this season, and not only have all 15 of them been swung inwards but his side have created six chances from doing so; not only a very profitable avenue but also testament to their manager’s playing days, a central defender who nevertheless scored 19 goals in 1990-91.

Merseyside is the spiritual home of the outswinger this season, with Liverpool (81%) and Everton (69%) the teams most committed to that method. The Reds, bolstered by the return of Virgil van Dijk have created seven goalscoring chances from corners in their opening three games, six of those from outswingers invariably aimed towards their Dutchman.

Everton, statistically the most effective heading team (in terms of goals) in Premier League history, have seen less success so far, conjuring up just two chances. Meanwhile, Manchester City have taken 30% of the entire total of short corners in the Premier League this season. Pep Guardiola’s team have taken 13 so far, at least 10 more than any other side, so there isn’t even much point in Scott Carson coming up late on in a game if they are trailing.

While his appearance as a midfielder for England against Andorra wasn’t an unqualified success, it’s still entirely fair to say that Trent Alexander-Arnold has had a very good start to the season. He leads the Premier League for expected assists, his passing ability being wielded not just on his usual position on the right flank but further infield too, a development which goes some way to explaining why Gareth Southgate deployed him in that unusual position.

The Premier League Insight data highlights one of the Liverpool player’s key strengths: snappy passing under pressure. No Premier League outfield player this season has played more passes that have bypassed five or more opponents than Alexander-Arnold (40). He’s ahead of a large group of central defenders, including teammate Virgil van Dijk in ninth. Threaded balls and big switches to the left flank are his stock trade but the other main difference between Alexander-Arnold and the centre-halves beneath him is shown in the average distance of his opponents when he plays the ball, just 3.6 metres for Trent, but 6.8m for Romain Saiss and a massive 8.2m for van Dijk.

Not only is the Liverpool full-back a progressive passer but also incredibly incisive with it. 34 Premier League assists at the age of 22 is just the most tangible result.

The higher the standard of football, the more inventive the runs made by attacking players are. To watch top-level footballers not only make move after move but be targeted and found by their teammates is to witness a thing of beauty. It takes practice and it takes fitness, so it’s perhaps no surprise to learn that the two players who lead the Premier League in targeted runs this season (that is, runs where they are spotted and searched for by a colleague) are both from Leeds United.

Patrick Bamford and Raphinha are different players in a lot of respects, but they are both implicitly trusted by Marcelo Bielsa because they do what he wants them to, and they give everything they have physically to make it so. Liverpool also have two players in the top five, with Sadio Mané and Mohamed Salah once again offering relentless options for their teammates. Trincão of Wolves is also in there, just another example of his team’s almost perfect start to the season in terms of performance, albeit with no points and no goals. Runs are important but sometimes the run of the ball is more so.

It’s perhaps premature to label this weekend’s Arsenal vs. Norwich game a relegation six-pointer, but both sides failed to take a single point from their league games in August and a 4+ goal win by one of them on Saturday will mean the other has the worst ever Premier League record after four games. Managers will be blamed, processes will be condemned but some players will be able to hold their hands up and say “guys I did what I could.”

Examples could include Pierre Lees-Melou, Emile Smith Rowe and Todd Cantwell who are second, fourth and fifth respectively for pressures in the Premier League this season. If you just take central attacking midfielders then Smith Rowe leads the division with 136, which is a level of effort and commitment that not all Arsenal number 10s have shown previously.

Then again, struggling teams tend to have less of the ball so the onus to press the opposition is duly increased. The players who, conversely, have come under the most physical attention from their opponents are from teams like Chelsea, Leicester, Manchester City and Manchester United; all sides who won two of their three games in the opening month. Oh, and the obligatory Wolves player [hashtag Wolves will come good].