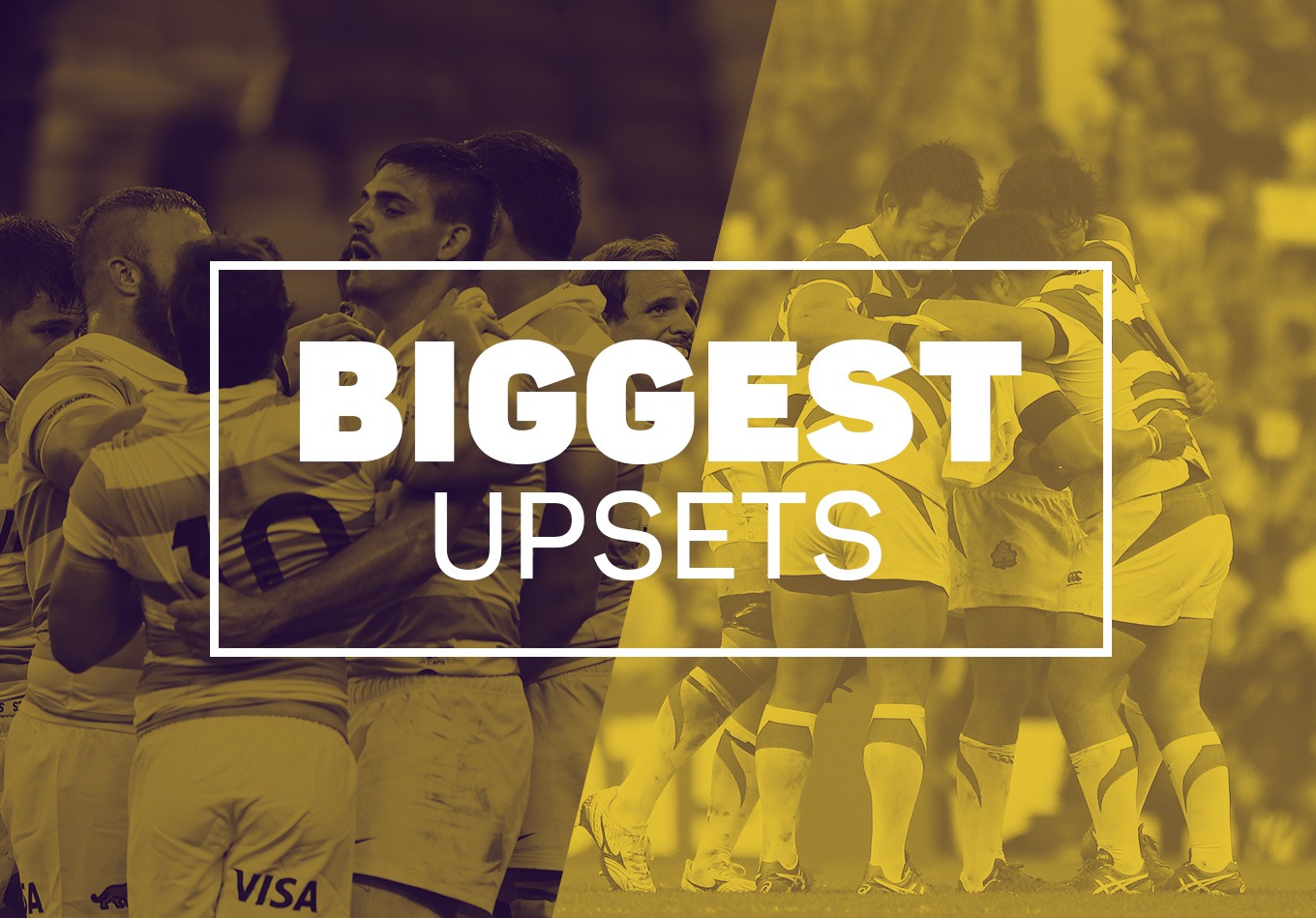 This weekend marks six years since Japan thrust themselves into rugby folklore and announced themselves on the world stage by shocking South Africa in an outcome that only the bravest of Brave Blossom fans would have dared dream of before kick-off.

For context, this was only Japan’s second ever win at the Rugby World Cup, with their sole win prior to this coming against Zimbabwe in 1991. This is despite qualifying for every single tournament, including 1995, when New Zealand steamrolled to a record tally of 145 points against them.

Given their abysmal record, the bookies can perhaps be forgiven for rating Japan as 80/1 outsiders to beat the mighty Springboks in their opening Pool B encounter.

Whilst rugby has witnessed more than its fair share of upsets over the years, it would be fair to say that none have shaken the sport to its core quite as much as the fabled ‘Brighton Miracle’.

To mark the occasion which has since spawned a movie and changed Japanese rugby forevermore, we take a dive into the stats behind this game, along with a selection of other notable upsets, to make sense of the sensational.

There’s only one place to start on this list, and that is with the inspiration for it all.

Coached by Eddie Jones – who is no stranger to success at the World Cup having led his native Australia to the final in 2003, and more recently guiding their conquerors of that year, England, to a runner-up spot in 2019 – Japan were expected to receive nothing other than a heavy defeat to kickstart their World Cup campaign.

Japan have become known for their exciting, fast-paced play through the backs, and that was fully on display in this encounter. Beating 16 defenders against a hard-hitting side such as the Springboks is no mean feat.

However, it’s worth noting that in this game, Japan managed to retain 92% of their own lineouts and 100% of their scrums against a South African side famed for their excellence at set-pieces.

In addition to this, they also mustered an impressive 98% win rate at their own rucks, 3% more than South Africa, as they prevented their opponents from dominating the breakdown as many would have predicted.

This was a battle typified by the titanic performance of Japan’s captain and standout performer, Michael Leitch. Completing an immense total of 17 tackles, Leitch was a constant thorn in South Africa’s side in addition to his first-half try from a rolling maul.

All these facets culminated in a result that, even as the Amex Stadium erupted after Karne Hesketh’s superb last gasp try, still seemed utterly unbelievable. It is one of the greatest upsets of all time.

It was one of three wins for Japan in the Pool, along with wins against Samoa and the United States. Sadly for the neutrals, that wasn’t enough to see them qualify as Scotland pipped them to second place.

Despite the defeat, South Africa still qualified top of Pool B. They defeated the Welsh in the quarter-final before losing to eventual winners, New Zealand, in the semi-final.

Coming into this game, Connacht had failed to win a single major trophy in their 121-year existence. Leinster on the other hand, had won six in the last seven years.  Therefore, many expected the all-conquering Leinster to romp to another piece of silverware at the expense of their underdog neighbours to the west, in this all-Irish clash.

Connacht had different ideas though. A gargantuan total of 31 defenders beaten lay down the foundations for a dazzling display of expansive, attacking rugby, with an impressive 10 line breaks thrown in for good measure.

Crucially, they also managed to prevent Leinster from gaining yards, completing 95% of their tackles compared to Leinster’s lowly 84%. This led to Connacht gaining over a metre more per carry, on average, than their counterparts.

This dominance with the ball in hand meant that Connacht held a 17-point advantage heading into the last quarter of the game, a lead which proved insurmountable for the heavy favourites and saw the long-serving John Muldoon lift the PRO14 trophy, at last ending the drought on Ireland’s west coast.

In a match contested by one side making their debut in European competition, and another playing their first European game since lifting the Challenge Cup five months prior, Siberian minnows Krasny Yar stunned the Parisians Stade Francais in a shocking upset.

Whilst Stade Francais excelled in possession, beating 37 defenders and making 15 clean breaks when they had the ball, Krasny successfully limited their opportunities by forcing nine turnovers and subsequently spending more time in possession themselves. This, coupled with 21 defenders beaten of their own, was enough to see them match Stade Francais’ try total, with the game being decided by the teams’ respective kickers. Shane Geraghty only managed to convert two of the French side’s tries, opening the door for Georgian fly-half Lasha Malaghuradze to seal the game with three conversions, alongside his late penalty.

Less than a year before this World Cup encounter, Fiji crushed Uruguay by a scoreline of 68-7 in a match that went by relatively unnoticed. However, nobody could fail to notice Uruguay tearing up the script against a Fiji side who themselves had shocked Wales at the 2007 World Cup.

Despite boasting superstars such as Leone Nakawara and Semi Radradra, Fiji were cataclysmically error-prone, conceding turnovers on 26 occasions, limiting their characteristic flair-filled approach.

Completing a monumental 181 tackles, Uruguay’s commitment to the cause was on full display. This was further demonstrated by their dominance at set-pieces and the breakdown, with Uruguay retaining possession from every single one of their scrums and lineouts, along with all but a single ruck.

Fiji’s misery was further compounded by sub-par kicking from the tee, nailing a miserable 17% of their kicks at goal in comparison to Uruguay’s 86%. This was despite a mere 4% difference in their xGK values.

Tonga boasts a population of 100,000 people, roughly 0.15% that of France. Despite a proud rugby tradition, few expected them to pull up any trees against a French side who had advanced to at least the semi-finals of the last four world cups leading up to 2011.

This was a match Tonga won by narrowly edging a handful of key areas. A herculean 132 carries resulted in 575 meters gained. This, coupled with two lost lineouts and four lost rucks for France, allowed the Sea Eagles to remain on the front foot throughout. Even Vincent Clerc’s late try in the corner was only enough to secure France a losing bonus point.

Unfortunately, this iconic victory still wouldn’t be enough for the Pacific Islanders to progress from Pool A to the knock-out rounds for the first time in their history, whereas Les Bleus went on to lose the final by a single point to hosts New Zealand.

Whilst Benetton had performed admirably in reaching the final of the Rainbow Cup, Bulls were heavily fancied to take home the inaugural, and probably penultimate Rainbow Cup Trophy.

Despite amassing three more line breaks and 29 more defenders beaten than Benetton, Bulls were only able to cross the line once in comparison to the Italian side’s five tries.

This can perhaps be attributed to Benetton’s tenacity, which resulted in them winning nine turnovers and preventing the Bulls from capitalizing on their superior possession and carry stats.

Bulls’ inability to retain 18% of their lineouts and 7% of their own rucks further compounded their inability to establish a proper attacking platform, failing to score a single point in the second-half.

Benetton were incredibly efficient when they did have the ball, averaging a try every 15 carries, allowing them to become the first Italian side to ever lift a non-domestic trophy.

Since joining the Rugby Championship in 2012, Argentina had claimed seven of the eight dreaded wooden spoons on offer before the 2020 edition, while also failing to get the better of New Zealand in 14 attempts.

Playing in Sydney due to Covid restrictions, Argentina superbly stifled New Zealand’s famous ability to carve defences open. A colossal 152 tackles completed by Los Pumas meant that New Zealand were only able to break the line twice during the match and conceded turnovers on 14 occasions. The last time they made fewer clean breaks in a Test was in 2017 against the British and Irish Lions.

The All Blacks were unable to frustrate Argentina to such a high degree, winning just two turnovers and failing to steal a single scrum or lineout.

This opened the door for Argentine fly-half Nicolas Sanchez to put them to the sword, scoring all 25 points in a superb individual performance, guiding his side to a first win against their renowned opponents.

Having finished bottom of the pile on nine out of twelve occasions since joining the Six Nations at the turn of the millennium, Italy were firmly the underdogs as they hosted a French side that had earned a runners-up spot at the 2011 RWC.

However, a dogged display from the Azzurri resulted in a 91% tackle success rate, consistently preventing France from gaining territory. This is further demonstrated by the fact that France only broke the line four times in comparison to Italy’s eight.

France also flattered to deceive at set-pieces, losing 31% of their own lineouts in a dismal showing of ball retention.

Italy’s charge to victory was led by captain Sergio Parisse, with an early try setting the tone for a performance in which he made 12 carries, resulting in a whopping 104 meters made and three line breaks for the No. 8.

Italy, in addition, also dominated the goal-kicking statistics, with a 100% success rate, along with two drop goals proving enough to seal the win in front of a jubilant home crowd at the Stadio Olimpico.

Forwards to Gain 100+ Metres in a Six Nations Match:

The Sunwolves didn’t enjoy much success during their stint in Super Rugby, conceding an average of 43.6 points per game in their first 47 matches before travelling to New Zealand to face the Chiefs. Also worth noting is that they had failed to win a single game away from home in all that time.

As the only Japanese team to play in the competition, the fingerprints of the national team were evident in the Sunwolves performance here. A monumental 605 meters made from 144 carries was 47.9% more than the Chiefs could manage, demonstrating a relentlessly attacking approach.

This persistent running game was epitomized by winger Gerhard van den Heever, who by himself gained 122 meters, along with beating defenders on three occasions and breaching the Chiefs’ line four times.

A glorious kicking display from fly-half Hayden Parker, who nailed all six attempts at goal, was enough to ensure they were able to stay beyond the reach of their opponents and clinch a result that would mark the highlight of their five-year existence before being disbanded in 2020. 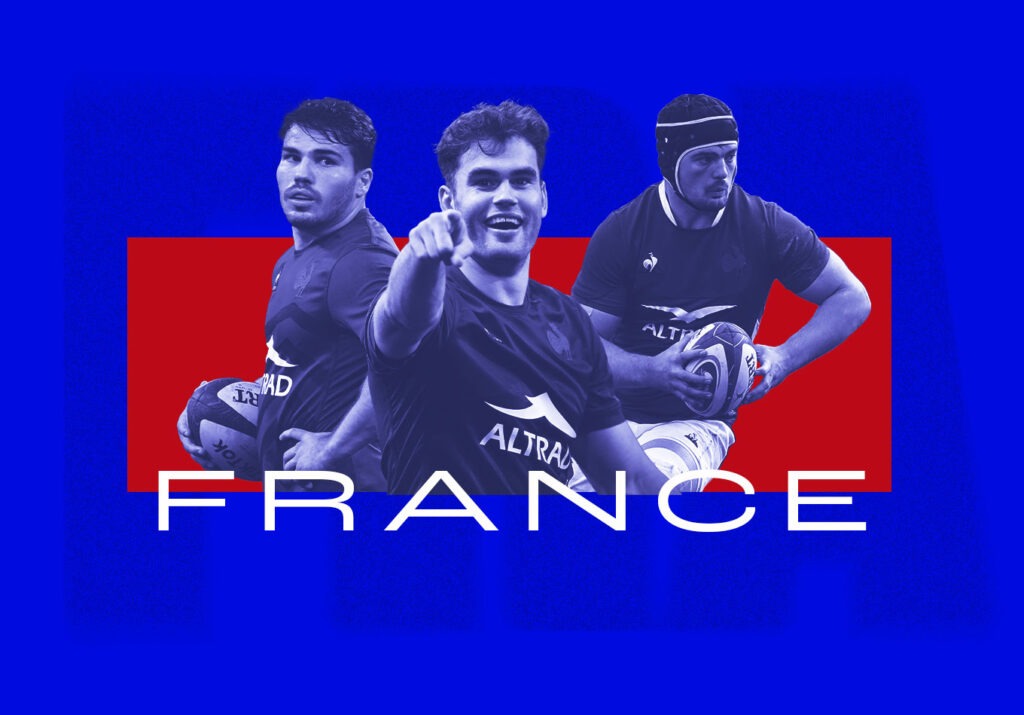 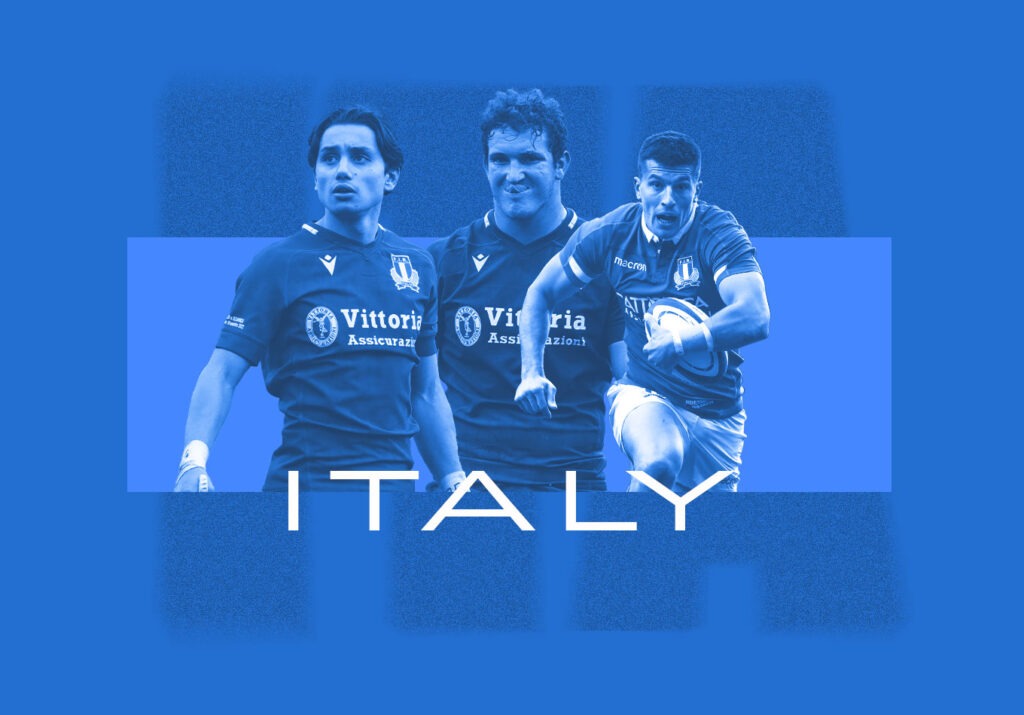 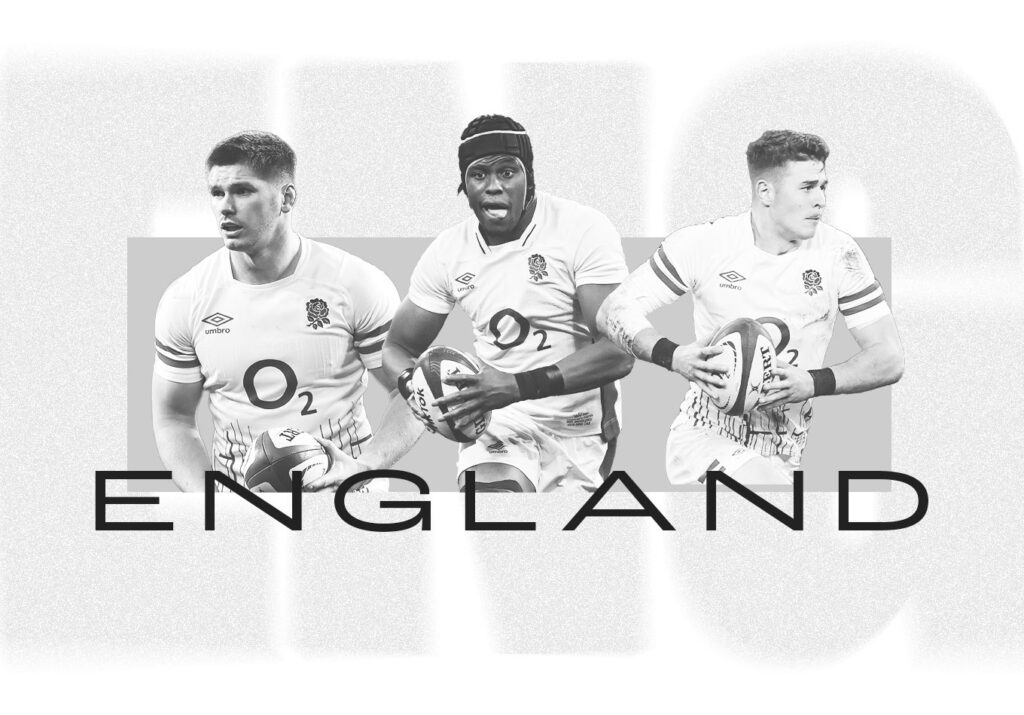 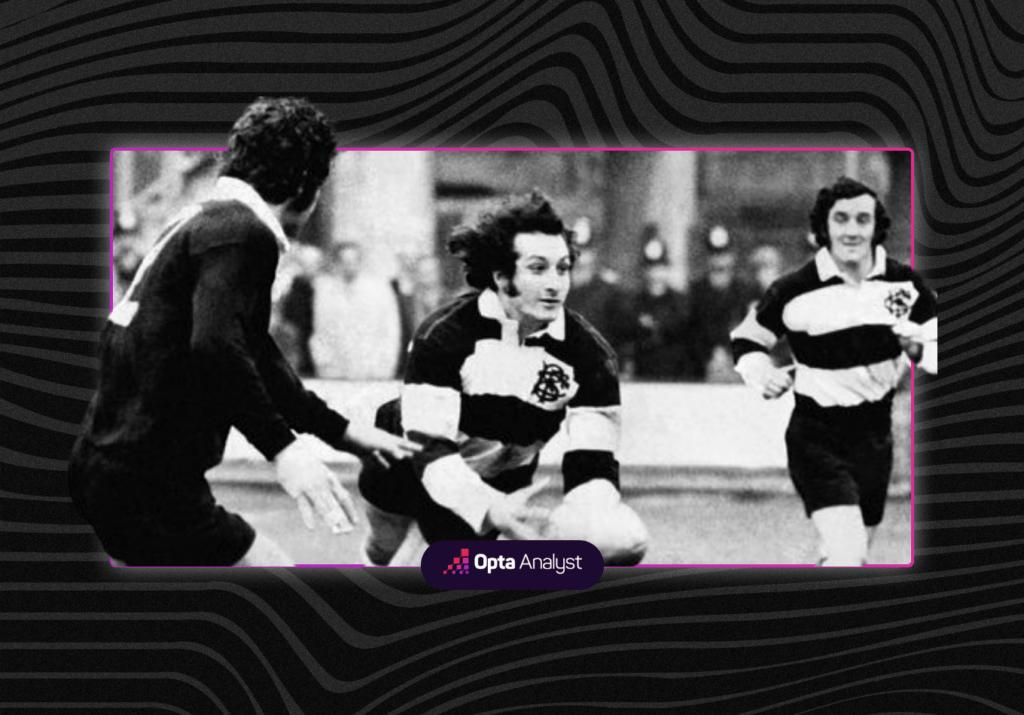