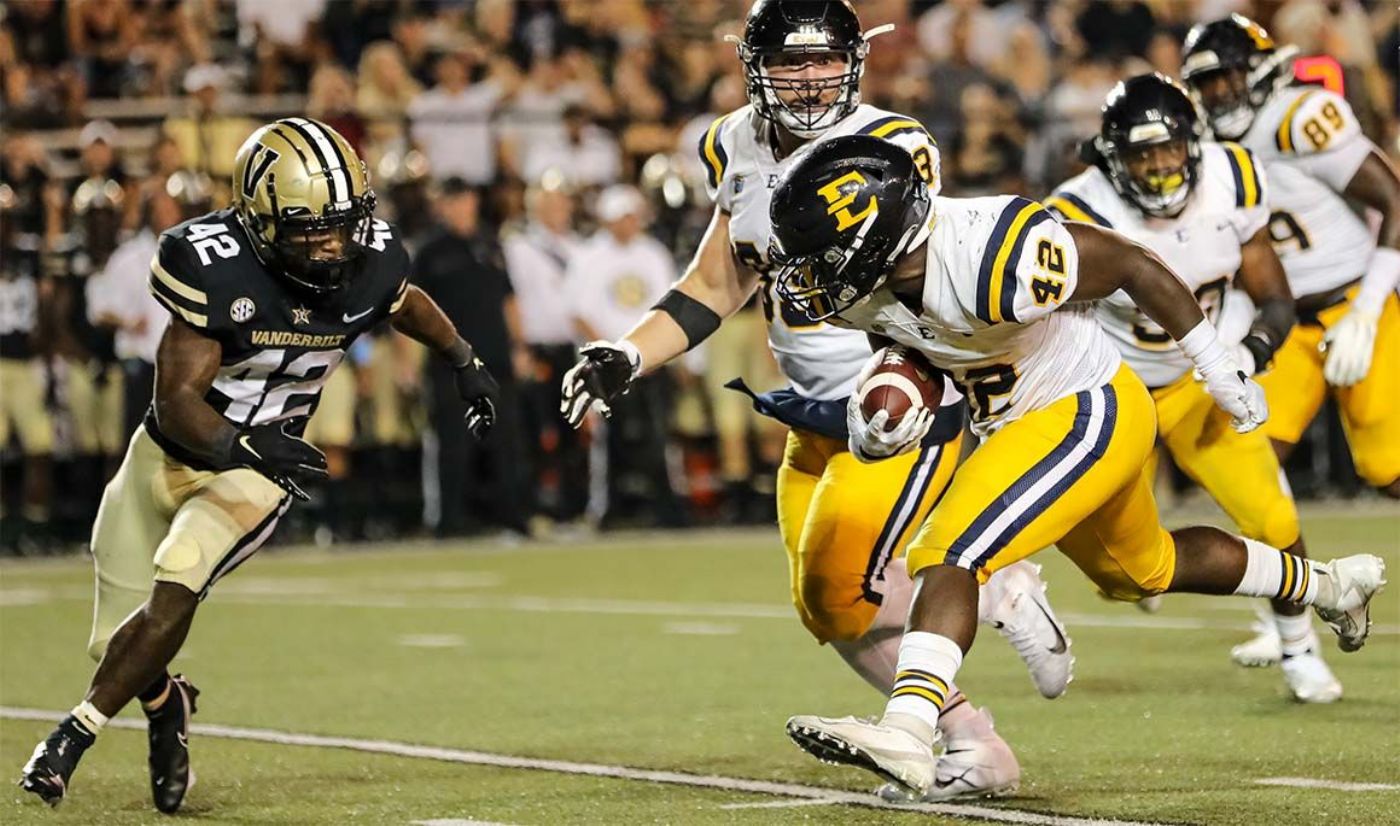 The scenario surrounding the spring season in FCS college football made it easy to wonder if teams that surpassed preseason expectations in a big way would keep the momentum going this fall while the sport tries to return to normalcy.

The 2020 season was disjointed due to the pandemic, with most FCS programs delaying their games until this past spring and over 20 percent opting out of playing any games. In a full season, the surprises are facing more competition and won’t sneak up on the opposition, but they have returned veteran lineups that succeeded in big spring games, so perhaps it was wise to believe in them.

Still, other than Murray State, the OVC favorite, the teams were picked anywhere from third to sixth in their conference’s preseason poll.

Here’s a quick look at the six surprises-turned-contenders:

Spring Season: UAPB lost in the SWAC championship game, but only after first-year coach Doc Gamble led the Golden Lions to the West Division title in a 4-0 regular season – their first finish above .500 in conference since 2012. At the end of the regular season, they were nationally ranked in the Stats Perform FCS Top 25 for the first time in program history.

Season-Opening Statement: The Golden Lions built a 24-3 lead on Division II Lane, let it slip to 24-16 late in the first half and then posted a second-half shutout en route to a 34-16 victory. They controlled over 35 minutes of game clock with 275 rushing yards, led by quarterback Skyler Perry (79) and running backs Kayvon Britten (58, touchdown) and Kierre Crossley (52, TD), the Central Arkansas grad transfer who will face his former school when UAPB next plays on Sept. 18.

Spring Season: The Buccaneers had one more win than in a 3-9 2019 season, going 4-2 and handing SoCon champ VMI its only regular-season defeat, before finishing with a No. 21 national ranking. The FCS playoff selection committee said coach Randy Sanders’ squad was one of the last four teams left out of the smaller 16-team field.

Season-Opening Statement: The Bucs handled Vanderbilt 23-3, becoming the second FCS team to hold an SEC squad without a touchdown since the Division I split in 1978. Sophomore linebacker Stephen Smith filled in for a sidelined Jared Folks with a career-high 10 tackles and a 27-yard fumble return for a score, and Quay Holmes carried the ball 23 times for 149 yards. The Bucs have since gained a No. 15 national ranking – their highest since 1997 (the program had an 11-year break before returning in 2015).

Spring Season: After going only 32-80 during the 2010s, the Bears got quick results in coach Bobby Petrino’s first season. They went 5-5 overall, but 5-1 in Missouri Valley games, earning both a share of the conference title and a playoff bid for the first time since 1990. They were No. 13 in the final rankings.

Season-Opening Statement: The Bears trailed Oklahoma State 20-3 at halftime, but outscored and outgained the Cowboys in the second half, losing 23-16 and only after having the ball in the home team’s red zone in the closing minutes. Utah State transfer QB Jason Shelley debuted with 266 yards of total offense and a touchdown pass, and the defense and special teams were strong. The Bears were so impressive, they rose in the national media poll despite suffering a loss.

Spring Season: First-year coach Dean Hood knew the Ohio Valley Conference well from his days at Eastern Kentucky, and he led the Racers to a 5-0 start for the first time in program history. They finished with two losses and in a tie for the No. 18 national ranking, also as one of the last four teams left out of the playoffs.

Season-Opening Statement: Quarterback Preston Rice tied the program record with four rushing touchdowns as the Racers beat Mississippi Valley State 35-0 for their first shutout since 2011. Cortezz Jones scored the other touchdown and had a game-high 107 rushing yards, while the balanced defense held MVSU to 162 offensive yards – the fewest allowed by the Racers to a Division I opponent since 2004.

Spring Season: After the Rams went winless in CAA Football in 2019, coach Jim Fleming revamped the lineup and they went 2-1, winning their first two games in overtime on the road against ranked conference opponents. They then lost a Top 25 matchup to Delaware before COVID-19 issues eventually ended the season, although the Rams finished in a tie for No. 18 in the national rankings.

Season-Opening Statement: URI racked up 508 yards of offense while beating Bryant 45-21. Quarterback Kasim Hill accounted for three touchdowns and Justice Antrum rushed for a pair, the latter replacing Kevin Brown Jr., who has a a season-ending knee injury. C.J. Carrick scored nine points to increase his career total to 212 – the most for a kicker in program history.

Spring Season: Behind Eddie Robinson Award-winning coach Scott Wachenheim, the Keydets captured an outright SoCon title – their first conference championship since 1977 – and earned both an FCS national ranking and a bid to the playoffs for the first time. They finished 6-2 for their first winning record since 1981 and at No. 12 in the final poll.

Season-Opening Statement: VMI jumped to a 21-0 lead while posting a 45-24 win over Davidson, the other first-time qualifier in the spring playoffs. Quarterback Seth Morgan and wide receiver Jakob Herres connected for two TD passes, and the defense tackled well and had three takeaways, including cornerback Aljareek Malry with two interceptions.