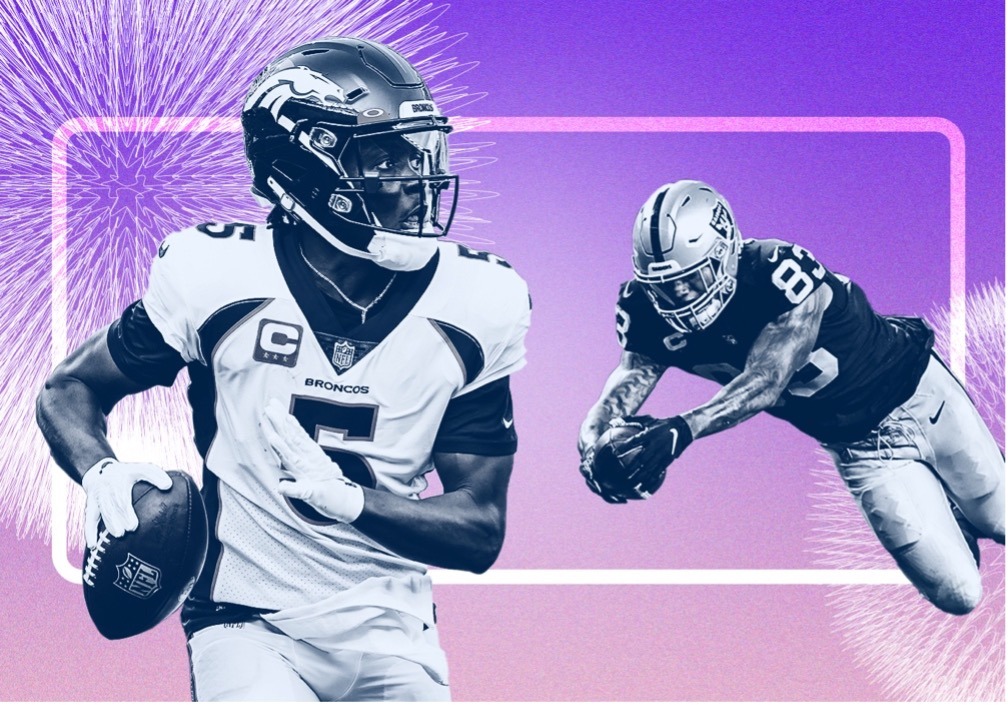 He has combined productivity with durability, only missing two games since his rookie season. And in each of the last five years, he has had at least 80 receptions and 1,000 receiving yards. Here’s the list of NFL players with such a streak: Travis Kelce. That’s it.

Because of this, his ADP soared entering this season and, in most cases, fantasy drafters had to spend a first-round pick if they wanted him in their lineup.

But because of his track record, he’s still the most valuable tight end in fantasy football. And after he caught two touchdowns in Week 1, Kelce doesn’t look like he’s going to be slowing down.

But… did you see Darren Waller on Monday night? After a barely believable 19 targets, Waller’s final stat line read: 10 receptions for 105 yards and a touchdown. And since the beginning of last season, his numbers look quite like that of Kelce’s.

Yep, it’s time to start talking about Waller like we do Kelce. He is a legitimate WR1, masquerading as a tight end. We bring this up, because Waller, and not Kelce, is our top projected tight end this week despite having to face the Pittsburgh defense.

His volume of targets is simply undeniable. His production the last two years, with over 90 catches and 1,100 yards in each season, is unimpeachable. Don’t be surprised if, at the end of the year, Waller ends with more fantasy points than Kelce. He, too, is quite good at football.

But enough about the latest great showman in Vegas. Let’s jump around and evaluate some Week 2 projections gathered from some of the top data-driven projections available using several of our AI-powered models. Then we’ll get into some yays and nays before highlighting a few DFS value plays.

Denver Broncos vs. JAX: The Broncos were one of only four teams in Week 1 to allow less than 14 points. Now, they’ll get a chance to back up their solid performance by facing the Jacksonville Jaguars and rookie quarterback Trevor Lawrence, who is coming off a three-interception debut.

Von Miller (two sacks in Week 1) and Denver’s strong front seven will likely be able to create heaps of pressure on Lawrence. That should create opportunities for their strong quartet of defensive backs to capitalize on potential mistakes.

With the third-highest odds of forcing an interception and the projections suggesting they’ll allow less than 21 points, look for the Broncos defense to turn in a second strong effort to begin the season.

Teddy Bridgewater, QB (DEN) vs. JAX (ECR: 18, Our Rank: 10): Bridgewater was one of the standout performers in Week 1, leading his Broncos to a commanding win over a solid New York Giants defense. Bridgewater finished second on the week in completion percentage (77.8), just behind Russell Wilson, despite throwing the ball 36 times – 13 more than Wilson.

Now he gets to face a Jacksonville team that just got blasted by Tyrod Taylor. His ECR indicates that he’s a low-end QB2 for the week. But combine Bridgewater’s sneaky scrambling ability – Taylor just rushed for 40 yards against Jacksonville – with the top projected number of completions by any quarterback this week, Bridgewater should challenge low-end QB1 status.

Henderson and the Rams now head to Indianapolis to face a Colts squad that just allowed Chris Carson to average 5.7 yards per carry and total 117 scrimmage yards. On the road, the Rams have a history of trying to run the ball to control the game. In LA’s four east coast Sunday games last season, the Rams rushed for over 120 yards in every game. Henderson’s tallies during those four games: 55 carries for 280 yards (5.1 per carry) and three rushing touchdowns.

Facing a desperate Colts team looking to avoid losing back-to-back home games to start the season, expect the Rams to continue relying on the run game. His ECR as a low-end RB2 is low. Not only do we like his chances of outperforming his ECR, but we also project him to catapult all the way into solid RB1 contention.

D’Andre Swift, RB (DET) vs. GB (ECR: 12, Our Rank: 4): Swift took advantage of his touches in a big Week 1 showing against a strong San Francisco 49ers defense. Despite his below-average rushing performance (35 yards on 11 carries), Swift finished the week as RB4 due to his superior performance through the air (eight receptions for 65 yards and a touchdown).

This week, in a Monday night divisional game against a Green Bay Packers team coming off an embarrassing Week 1 loss, chances are high that the Detroit Lions are going to need to throw the ball to keep up. As a result, Swift’s projection of 5.9 receptions is the second-highest total among all running backs this week. With a career average of 7.8 yards per reception, Swift has a strong likelihood of tallying double-digit fantasy points through the air.

Given that baseline, if Swift can find the end zone, like he did in Week 1, he’s got a good chance to replicate his top-five finish at the running back position.

Deebo Samuel, WR (SF) vs PHI (ECR: 21, Our Rank: 10): The third-highest scoring wide receiver during Week 1, Samuel once again showcased his defining skill: YAC. Of Samuel’s 189 receiving yards, 109 of them came after the catch. Not only did that pace all players during the opening week – Christian McCaffrey finished second with 88 YAC – it was 45 more than the next closest wide receiver.

Don’t believe that he’s the defining player with the ball in his hands? Samuel has finished each of his first two seasons ranked in the top two at the wide receiver position in average YAC. And last year, Samuel finished first in the entire NFL with an average of 12.1 YAC; Dalvin Cook finished second (10.3 average YAC).

What’s more preposterous than that? Of the top 20 players in the NFL last year, only two were wide receivers. Cam Sims’ 7.8 average YAC finished second among WR’s, 4.3 behind Samuel.

Bottom line: Deebo is a playmaker who doesn’t need the ball a lot to be successful. His projection of 6.2 receptions is outside the top 10 at the position, but his propensity for gaining tough yards after the catch vaults him into fantasy relevance.

Though he’s considered a low-end WR2 this week, Samuel’s chances of outperforming his ECR is high. He’s a must-start player.

Tom Brady, QB (TB) vs ATL (ECR: 6, Our Rank: 11): Brady was phenomenal to open the season in the Bucs’ comeback win over the Dallas Cowboys. He finished the week with the third-most passing yards (379) and the second-most passing touchdowns (4). However, despite the excellent counting stats, he only finished seventh in fantasy points among quarterbacks in Week 1.

Meanwhile, one of the quarterbacks that finished ahead of Brady, Jalen Hurts, just picked apart Atlanta with 264 yards and three touchdowns through the air. But the reason he finished as QB6 on the week was his rushing ability; Hurts racked up 62 rushing yards – second among quarterbacks in Week 1.

We could sit here all day and celebrate Brady, but the reality for Brady in fantasy football isn’t as rosy as it is in real life. Think of it this way, 300 yards and three touchdowns equate to 24 fantasy points, and 24 fantasy points would have tied for 10th last week. It just isn’t likely that Brady’s passing numbers will be so massive that they overcome his inability to run. Our projections slot Brady as a high-end QB2 this week, a place he will likely reside most weeks.

Melvin Gordon III, RB (DEN) vs JAX (ECR: 24, Our Rank: 33): Gordon capped off a strong Week 1 with a 70-yard touchdown run with less than five minutes remaining. That run – the longest of the week by 29 yards – made Gordon’s statistics look much more impressive than they were.

The 70-yard jaunt was Gordon’s first that went longer than 10. And Denver’s next opponent, Jacksonville, limited the Houston Texans to 3.2 yards per carry and didn’t allow a single run over 11 yards to a running back. So even though it was a rough defensive performance overall, the Jaguars held the Texans rushing attack in check for the most part.

Based on the split of touches in Denver’s backfield in Week 1 (Javonte Williams accumulated three more carries than Gordon), we only project Gordon to have 11 touches. Before his big run, Gordon averaged a paltry 0.6 fantasy points per touch. Relying on a big rushing touchdown each week is dangerous. Gordon is a risky RB2 play.

Keenan Allen, WR (LAC) vs DAL (ECR: 5, Our Rank: 14): Only once has Allen not received 10 targets in a game he’s started and finished with Justin Herbert at quarterback. The worry is never about getting Allen the ball. In fact, he may have the highest floor of any fantasy wide receiver. With Herbert, Allen’s lowest point total of a game he didn’t leave due to injury is 9.8.

But with an ECR of five, we’re looking at players’ ceilings. Of every receiver who tallied 16 fantasy points in Week 1, Allen was one of only two who didn’t score a touchdown. And that is the main worry with Allen, who has only scored more than six TDs in a season once in his career.

Going up against a Dallas defense that just allowed three different Buccaneers to tally at least 90 receiving yards and a touchdown, Allen’s chances of posting similar numbers to his Week 1 output of nine catches and 100 yards are high. But that output only put him at WR20 in Week 1.

Though he only has the 14th-best odds amongst wideouts of scoring a touchdown this week, Allen projects to have a high floor and should be considered a strong WR2 play. However, without a touchdown, it’s nearly impossible to vault into WR1 range.

Elijah Mitchell, RB (SF) vs PHI (DK Price: 4,000): The breakout, unforeseen star from Week 1, Mitchell capitalized on some injuries in the 49ers’ backfield to lead the rushing attack to the tune of 104 rushing yards and a touchdown. Still moderately priced in the ever-friendly Kyle Shanahan rushing attack, Mitchell has a massive upside as an RB1 priced as an RB3.

Deonte Harris, WR (NO) vs CAR (DK Price: 3,200): We know Jameis Winston likes to throw the deep ball, which makes Harris a high-risk, high-reward play for Week 2. But if they can combine for another big play for a touchdown like they did in the Week 1 romp over Green Bay, Harris will be worth his extremely cheap price.

Noah Fant, TE (DEN) vs JAX (DK Price: 4,300): It makes sense that we project Fant to have a strong game against Jacksonville seeing as we’ve already mentioned the possibility of Bridgewater performing well. Fant opened the season with a respectable six receptions for 62 yards. This week, he gets a porous Jags pass defense and in what should be a good matchup for Denver’s offense, there’s reason to like Fant’s floor and upside this week. 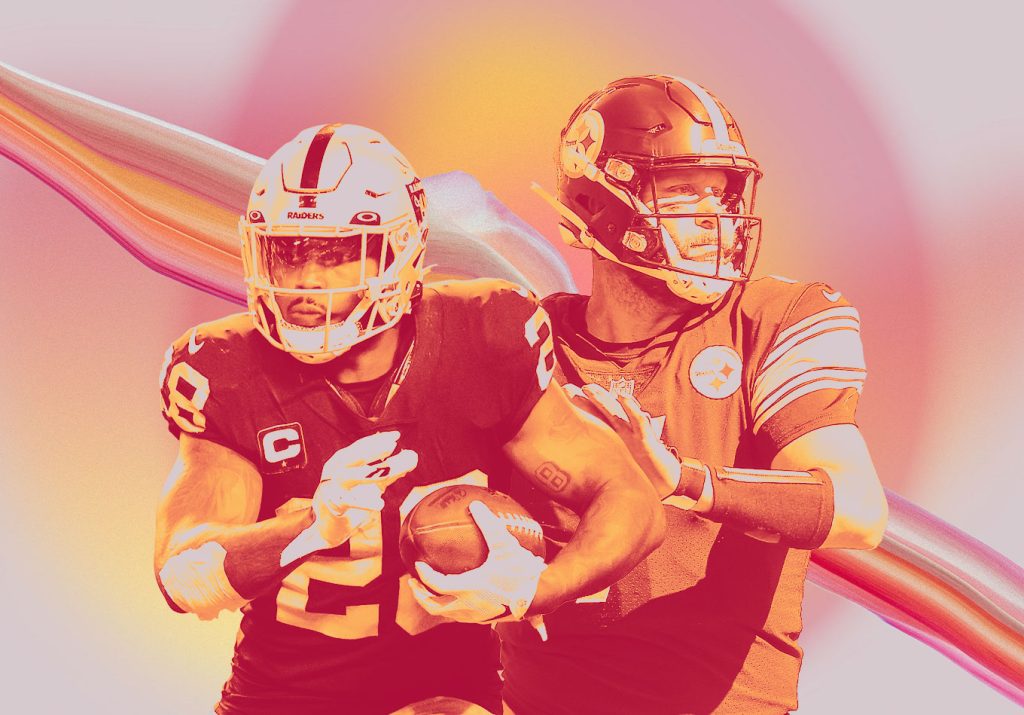 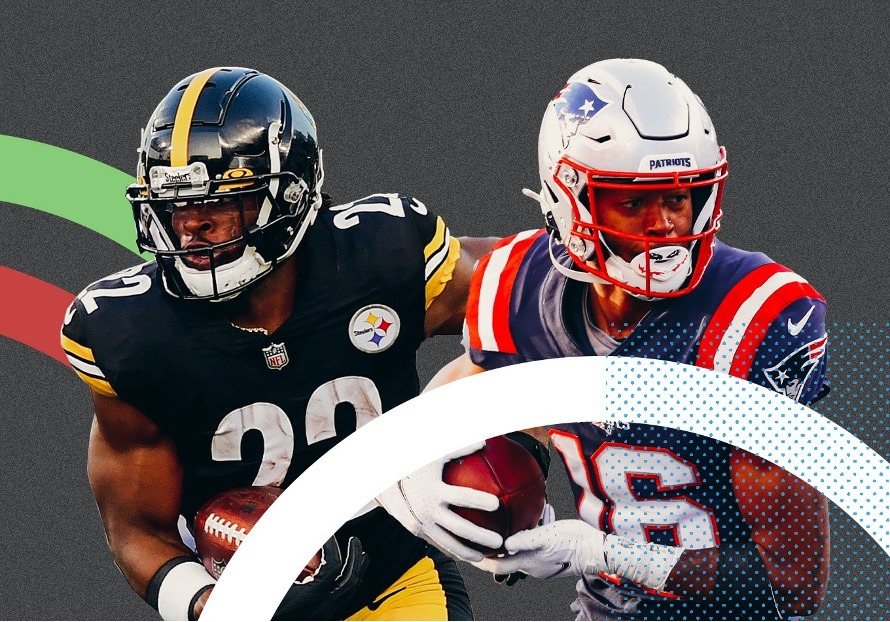 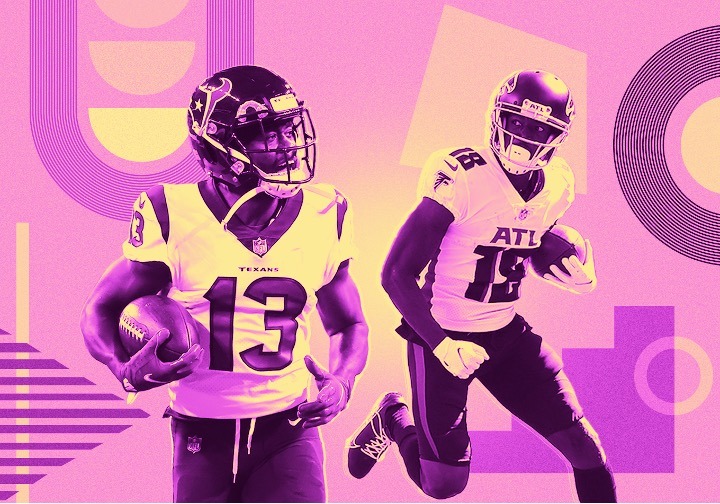 The Yays and Nays: Our Week 4 Fantasy Football Projections 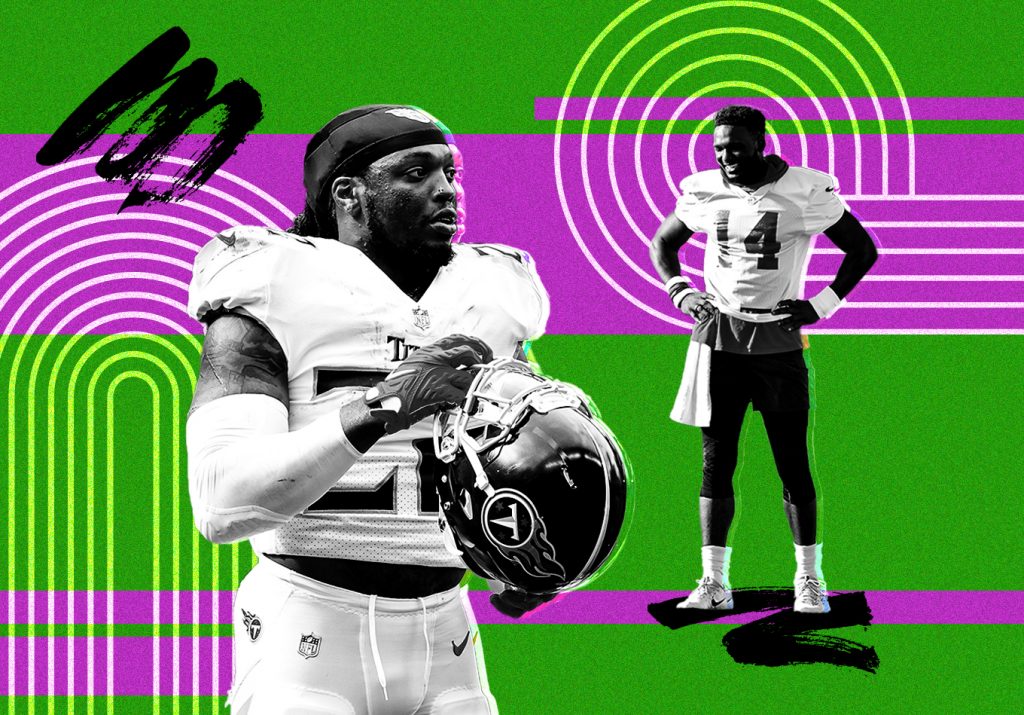