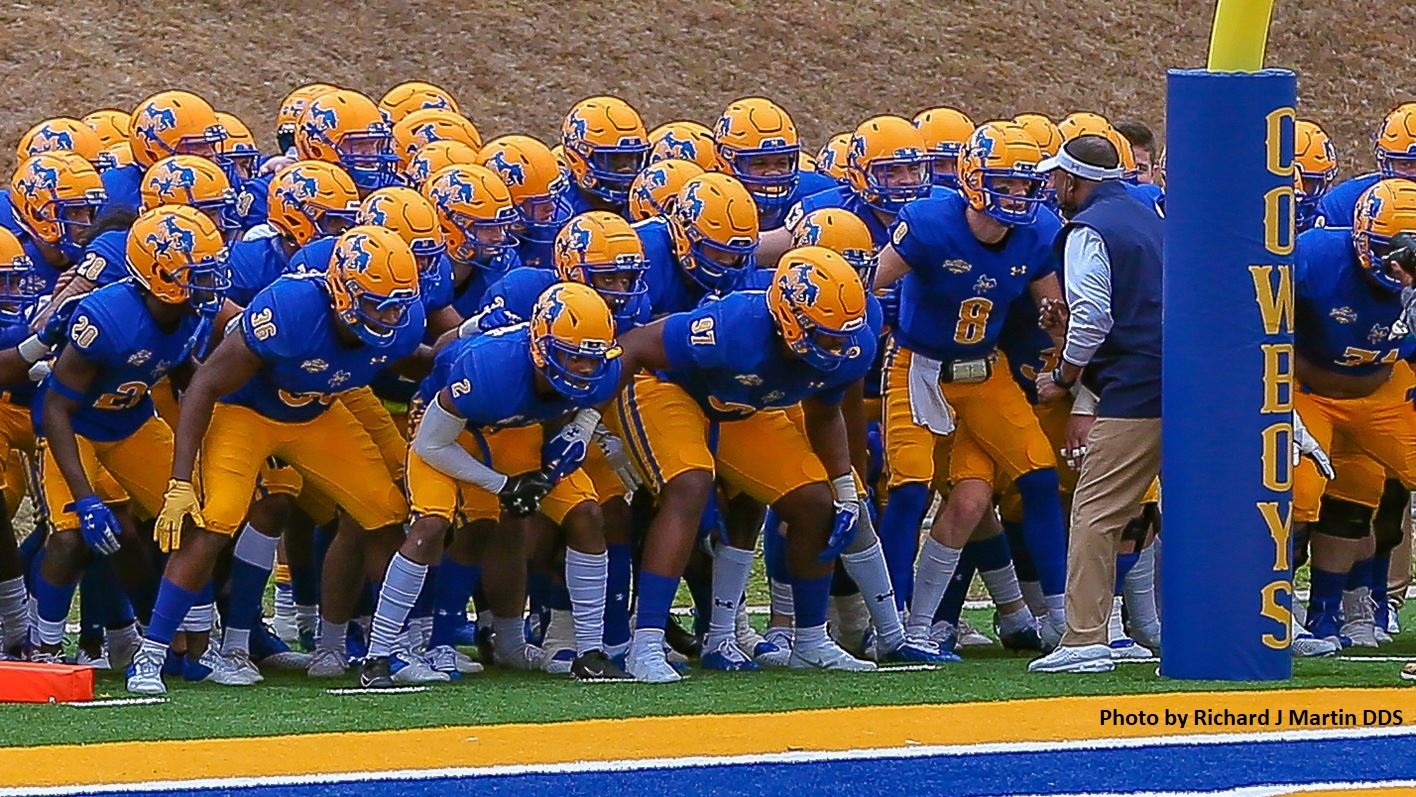 FCS college football teams grabbed a national spotlight last week by posting six wins over FBS programs, but this week, they may have to settle for a participation award against the big brother of Division I.

While the 37 matchups are only one fewer than a week ago, FBS programs surely are on guard more after the FCS’ highest single-week win total over them since 2013.

Plus, this week’s schedule doesn’t include your ordinary group of FBS programs because FCS teams are taking on the last three national championship-winning programs in Alabama (Mercer), LSU (McNeese) and Clemson (South Carolina State) and five of the last six since 2009, also Florida State (Jacksonville State) and Auburn (Alabama State). Top-10 teams Oklahoma (Western Carolina) and Cincinnati (Murray State) are on the schedule as well.

Even if there are fewer FCS wins, there are great storylines. Here are 10 to know plus the rest of the FCS vs. FBS schedule (all times ET):

This is a first-time meeting, but North Dakota won at Wyoming in 2015 in its last trip into the Mountain West Conference. Running back Otis Weah has rushed for a touchdown in all nine career games that he has a carry (since 2018), and he’s coming off a career-high three scores against Idaho State. Yup, upset alert.

While VMI has been busy reversing a subpar FCS history the last couple seasons under coach Scott Wachenheim, the Keydets have one fewer FCS win over an FBS opponent – only 14-0 over Richmond in 1982 – than they do to FCS opponents when they were still an FBS program – Lehigh in 1978 and Boston University in 1980. Kent State needed overtime to beat Kennesaw State in 2019 and fell in four OTs to North Carolina A&T in 2016.

Mercer is going from facing an NAIA opponent (Point) last Thursday night to, oh, the nation’s pre-eminent college football program. This game will mark the 11th season in the last 13 years that an FCS program is facing the defending FBS national champion and it’s the 15th all time in a winless history against No. 1-ranked FBS teams (Associated Press poll). Those two lists include ‘Bama shutting out Mercer 56-0 in 2017.

Make no mistake, Clemson will be improving its 35-0 all-time record against FCS opponents, especially with South Carolina State coming in winless in its history against the FBS. But credit the host Tigers for supporting matchups against intrastate FCS programs, as they’re facing one from within South Carolina borders for the 15th straight season. It includes wins over coach Buddy Pough’s Bulldogs in 2008, ‘13, ’14 and ’15 by a combined 238-20.

It would be pretty sweet for an FCS coach to set his school’s all-time wins record against an FBS program – the kind of wins the Redbirds’ Brock Spack enjoyed against Eastern Michigan in 2012, Northwestern in ’16 and Colorado State in ’18. Spack (86-53 in 13 seasons) moved into a tie with Edwin Struck (86-78-14 in 20 seasons from 1945-64) when quarterback Bryce Jefferson’s four total TDs paced a rout of Butler.

Gardner-Webb’s Tre Lamb, who turns 32 on Sept. 16, is the second-youngest head coach in the FCS behind Austin Peay’s Scotty Walden (30). With a combined age of 67, Lamb (31) and Charlotte’s Will Healy (36) are believed to be involved in the youngest coaching duel in Division I this season. New Runnin’ Bulldogs quarterback Bailey Fisher passed for 315 yards and three touchdowns in a near-miss at Georgia Southern last Saturday.

If a Big Sky program is in town, an FBS program better have it circled on the calendar. The largest FCS conference just posted the first three-win week against the FBS since 2009, and that included Montana knocking off then-No. 20 Washington. The 2015 Portland State squad, under coach Bruce Barnum, is the last in the FCS to post two wins over the FBS in the same season, the Vikings getting started with a 24-17 upset of Washington State (they later routed North Texas).

Chris Klieman was a part of Missouri Valley Football Conference championship-winning teams in each of his eight seasons at North Dakota State (2011-18, the last five as head coach), and he’s facing a Valley opponent for the first time in three seasons at K-State. Salukis sophomore Nic Baker set a school record with 460 passing yards in a 47-21 win at Southeast Missouri, and Week 2 comes with them as the highest of seven ranked FCS teams facing FBS opponents.

Southeastern is 0-25 against FBS opponents since returning to football in 2003 – one of them a 41-26 loss in Ruston in 2008 – but the Lions previously didn’t start a Walter Payton Award-winning quarterback, like they will with Cole Kelley. Still, a more balanced offense could be key to an upset: the Lions’ 232 rushing yards against North Alabama (Taron Jones led a balanced group with 85 yards) marked the highest total of coach Frank Scelfo’s four seasons.

Call this matchup the Orgeron Bowl. McNeese quarterback Cody Orgeron, who is coming off a career-high 367 passing yards, is set to take on his father, LSU coach Ed Orgeron, as well as his twin brother Parker and stepbrother Tyler, who are both contributing to the Tigers’ coaching staff. Cody has thrown 138 consecutive passes without an interception, just four shy of the school record.

Rest of the Schedule