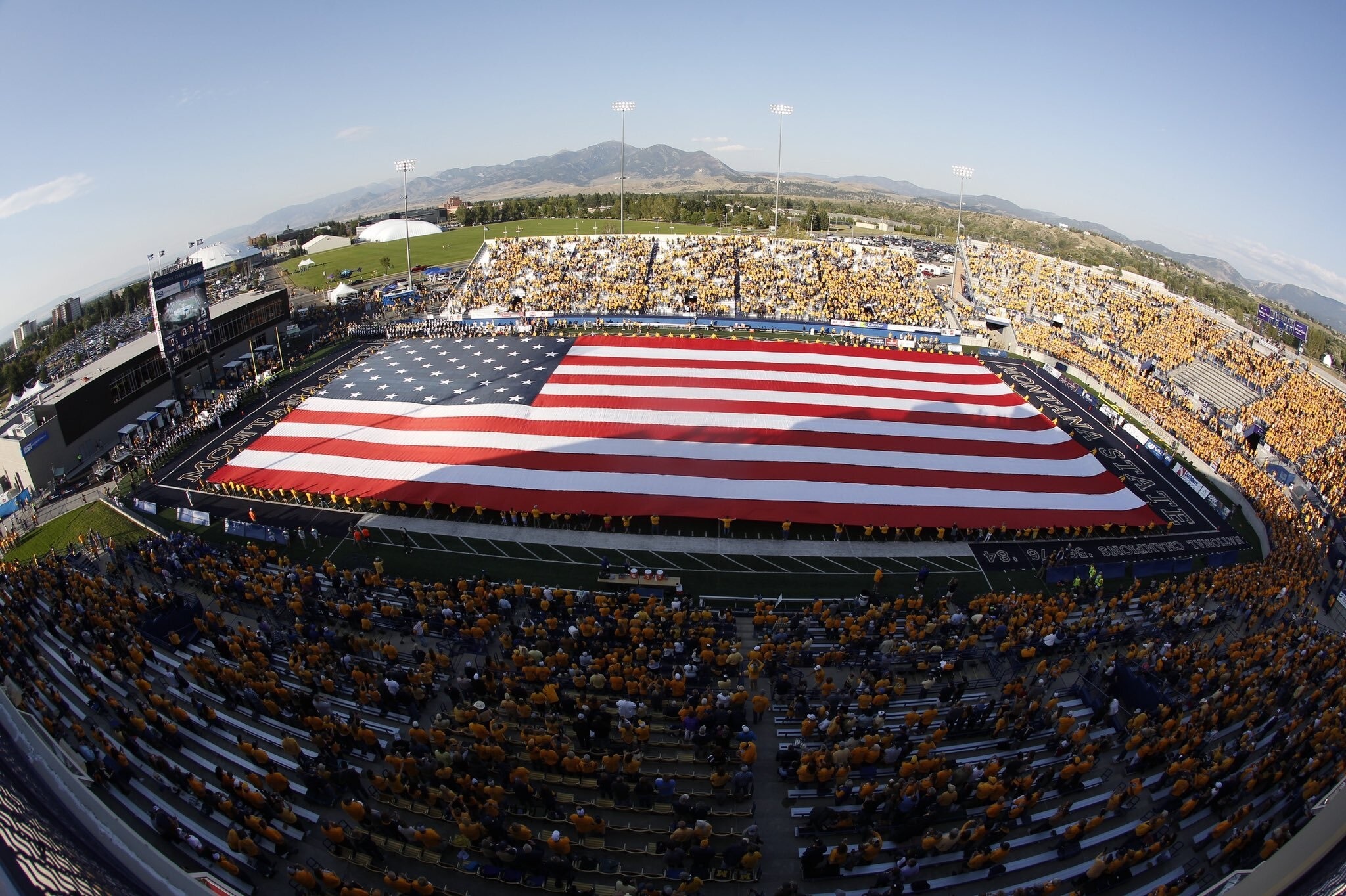 It hardly mattered if FCS college football teams played each other, up against FBS opponents or down below the Division I level, the second weekend of the season was one for lopsided scores.

Still, with some fantastic finishes and Duquesne and Jacksonville State pushing the FCS season win total over FBS opposition to eight – the highest since 2017 with 41 remaining matchups – there was a lot to focus on nationally.

Here are 10 takeaways from the Week 2 action:

Reflecting the emotions of a nation, the FCS level had different remembrances and tributes on Saturday’s 20th anniversary of the 9/11 terrorist attacks, from large U.S. flags to moments of silence to helmet decals to honoring and thanking active and retired first responders and military. There were two games in New York, where the most lives were lost on that tragic day: Wagner was edged by Central Connecticut State 21-19 and Fordham fell to Monmouth 26-23.

Gamecocks win with a walk-off (a fast walk-off)

Jacksonville State produced one of the more scintillating endings to an FCS upset of the FBS in almost any year, beating Florida State 20-17 on Zerrick Cooper’s 59-yard touchdown pass to Damond Philyaw-Johnson on the game’s final play. Philyaw-Johnson caught the pass at the Seminoles’ 20, reversed his momentum with a cutback around two defensive backs and gained a key block by fellow wide receiver Ahmad Edwards right before he crossed the goal line. Edwards’ 23-yard TD reception from Cooper (the school’s new all-time passing leader) with 4:45 left had closed the Gamecocks within 17-14, and they got the ball back with 1:32 left, going 83 yards on 10 plays for their seventh win over the FBS since moving to D-I in 1995.

Quite the NEC weekend

Duquesne notched not only its first win over an FBS program, but the first for the Northeast Conference, 28-26 at Ohio. The NEC had been 0-23, including four losses by the Dukes. But their offensive line was dominant while they possessed the ball for over 41 minutes, and transfer quarterback Darius Perrantes, who has replaced an injured Joe Mischler, had a touchdown rush and a scoring pass in the second half of the upset. Add in Merrimack’s 35-21 win at No. 24 Holy Cross for its first over a nationally ranked opponent and Bryant’s 17-6 upset of preseason favorite Sacred Heart (which played without All-America running back Julius Chestnut), and the NEC had an eye-turning Saturday.

Worthy of the Top 25 spotlight

Meeting for the third time in under a year, No. 23 Missouri State and No. 19 Central Arkansas embraced being the week’s only matchup between two teams ranked in the Stats Perform FCS Top 25. There were five touchdowns and four lead changes in the final 3:17 of Missouri State’s 43-34 win. Coach Bobby Petrino’s squad went ahead 37-34 on Jason Shelley’s 26-yard TD pass to Xavier Lane with 29 seconds left, and linebacker Tylar Wiltz padded the advantage with a 45-yard interception return for a score on the game’s final play. Missouri Valley teams are 11-1 out-of-conference against non-FBS opponents.

If you feel you know the correct order of the national Top 5, you’re probably mistaken because it can probably be composed with different combinations. Winning by a combined 265-35 in Week 2, top-ranked Sam Houston (52-14 over Southeast Missouri), No. 2 South Dakota State (52-7 over Lindenwood), No. 3 James Madison (55-7 over Maine), No. 4 Montana (42-7 over Western Illinois) and No. 5 North Dakota State (64-0 over Valparaiso) all impressed while improving to 2-0. Montana coach Bobby Hauck gained his 100th win with the Griz.

Greenhagen on a record pace

Fordham’s Ryan Greenhagen doesn’t appear content with his FCS single-game record 31 tackles against Nebraska on Sept. 4. In the Patriot League’s 26-23 loss to Monmouth, the senior linebacker had 28 more stops (11 solos, 17 assists), giving him 59 through two games, and, well, putting him on pace for nearly 325 in an 11-game regular season. The FCS record since the NCAA began keeping tackles as an official statistic in 2000 is Norfolk State’s Kevin Talley with 195 in 2003.

Shedeur Jackson, the freshman son of Jackson State coach Deion Sanders, continued to settle in nicely as the Tigers’ starting quarterback, completing 30 of 40 passes (75 percent for the second straight game) for 362 yards and three touchdowns in a 38-16 win over Tennessee State and coach Eddie George. Florida transfer linebacker James Houston was the defensive standout with 4½ sacks. Additionally, the Southern Heritage Classic drew an enthusiastic crowd of 46,171 to the historic Liberty Bowl.

St. Thomas won its first game as an FCS program, rallying to a 12-9 victory at Division II Michigan Tech. Tight end Aiden Carlson fell on a fumble in the Michigan Tech end zone to tie the game at 9-9 with 5:43 left and Louis Hyde kicked a game-winning, 32-yard field goal with 59 seconds to go. The Tommies, who moved up from the D-III level to give the FCS a 128th program, will play subdivision opponents the rest of the season. Coach Glenn Caruso improved to 13-0 in season openers and has a 127-21 (.858) career record. The St. Paul, Minnesota, school’s athletic website surely had the best headline of the weekend: “FCS spells Fun-Comeback-Saturday for Tommie Football.”

UT Martin was the only Ohio Valley Conference teams out of seven to post a Week 7 win, 33-27 over Samford, and it didn’t seem likely when the Skyhawks committed their fifth turnover on the first play of the second quarter and trailed 17-0. They hadn’t come back from that big of a deficit to win a game since 2005, but did so by holding a Samford team that had scored at least 37 points in seven straight games scoreless for a 28½-minute stretch. The Skyhawks scored 26 straight points to build a 33-20 lead, and running back Peyton Logan finished with a career-high 169 yards from scrimmage on the strength of 60- and 51-yard TD passes from Keon Howard.

What has happened to Lehigh’s offense? The program with the most all-time Patriot League titles (12) has scored only 22 points during an 0-5 year (three spring losses, two fall losses), scoring two touchdowns against Lafayette in April, but none in the other games, including Saturday’s 31-3 loss at Richmond. It’s the fewest points by an FCS team in a five-game stretch since Missouri State was held to 17 over the final five games of its 2015 season. Coach Tom Gilmore’s Mountain Hawks haven’t reached 300 offensive yards in the five games, averaging a mere 197.8 per outing. 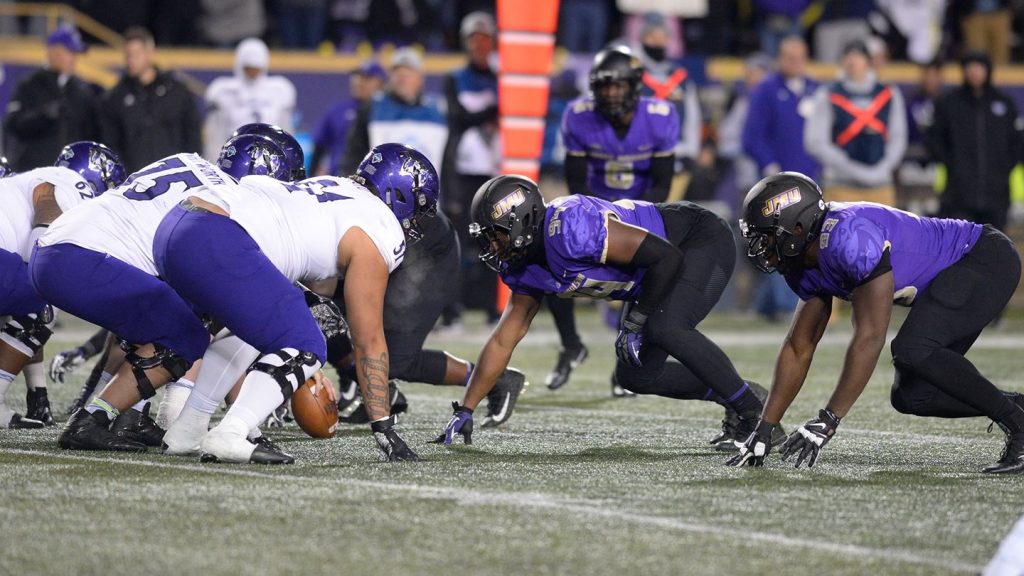 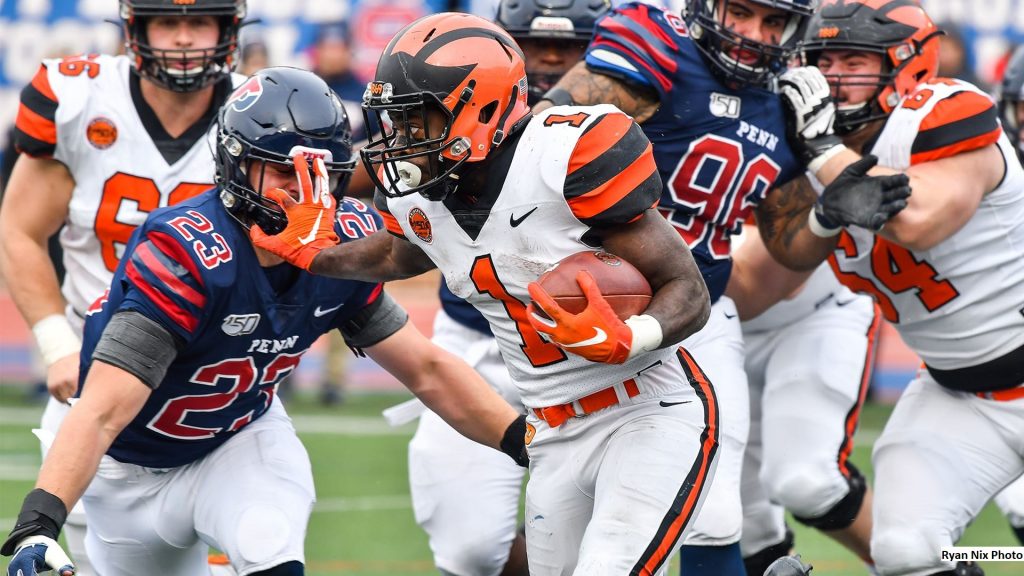 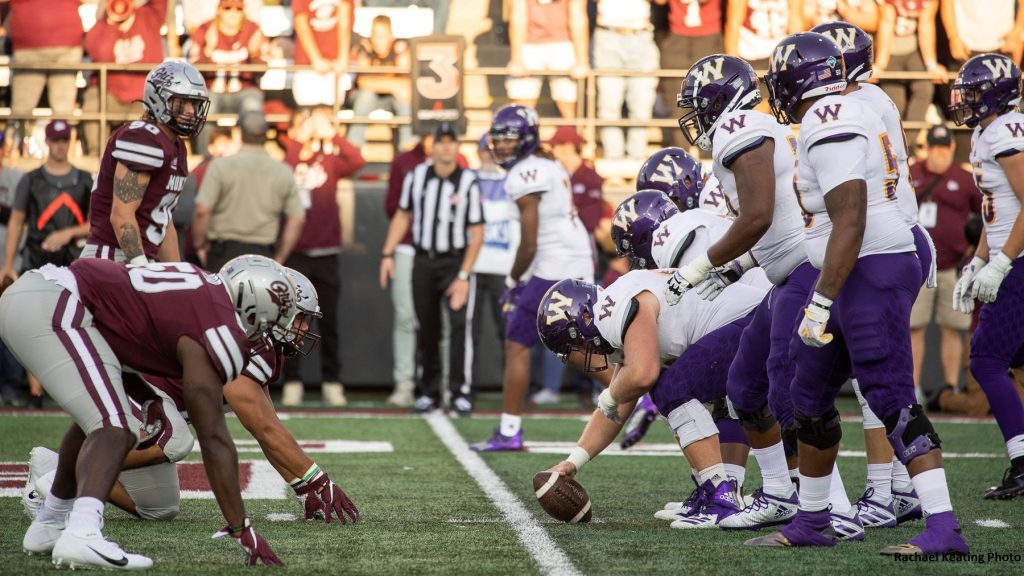 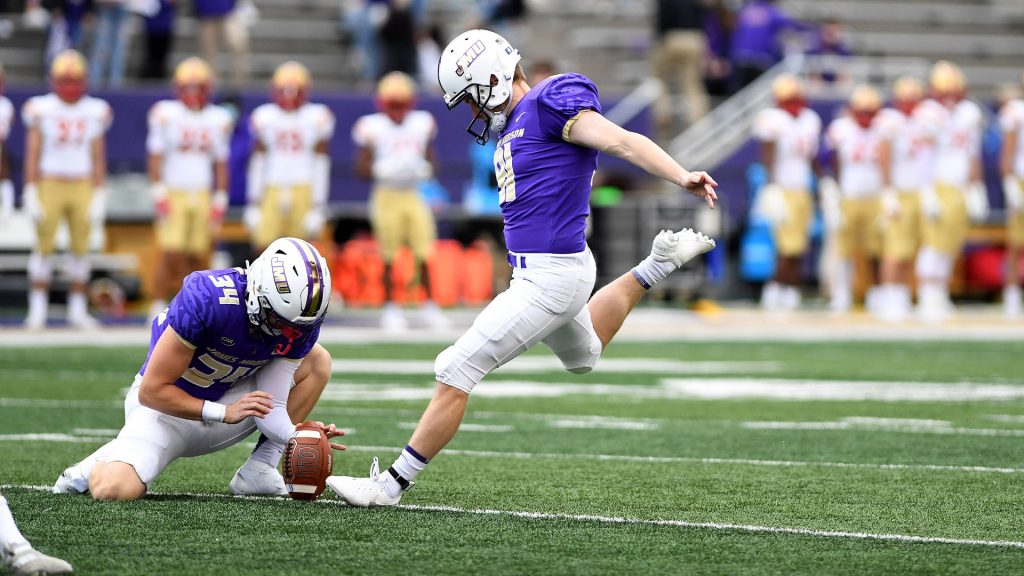