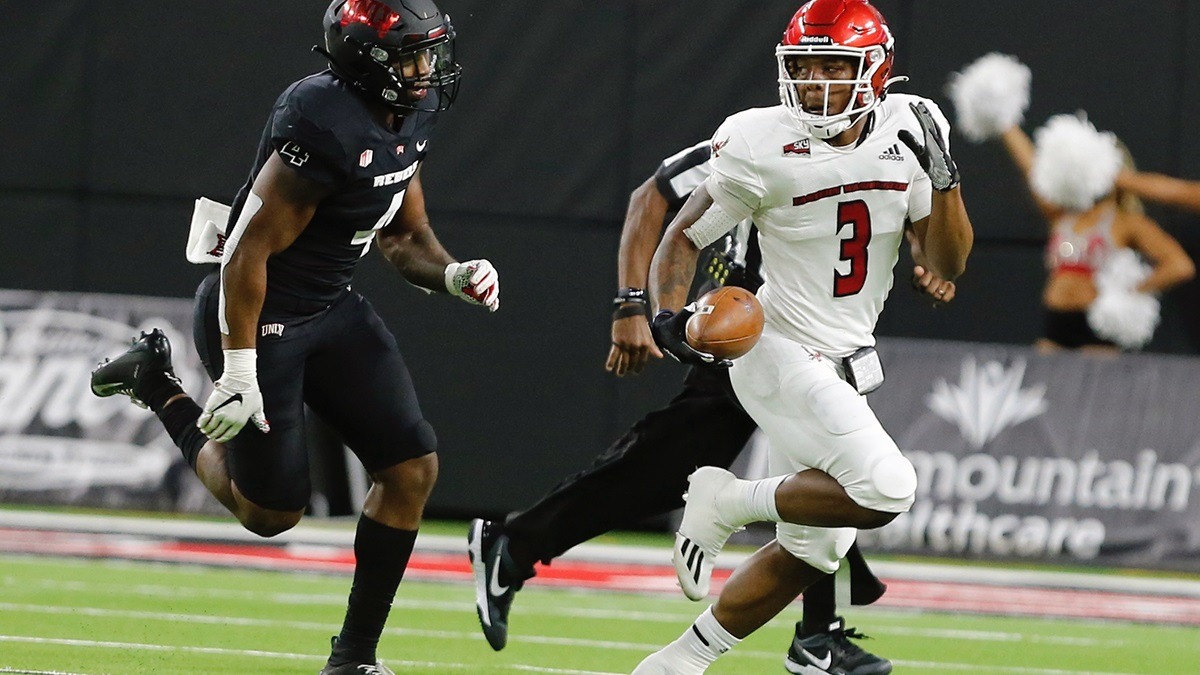 All of the FCS boys are back in town, and it feels like FC-yes!

The majority of schools kicked off their 2021 season in a much-anticipated Week 1, when 82 games (following three cancelations) were spread over five days. The festive atmosphere across the country was so different from last season, when the pandemic played havoc with schedules and the action was delayed mostly to this past spring with over 20 percent of FCS programs not even suiting up.

Six FCS wins over FBS opposition helped highlight Week 1, but the fun came from all directions.

Here are 10 takeaways from the action:

The Big Sky became first FCS conference to post three wins over FBS opponents in the same week since CAA Football in 2009. Thursday night, UC Davis topped Tulsa 19-17 as a 23-point underdog before Eastern Washington matched its status as a two-point favorite at UNLV with a 35-33, double-overtime triumph. Saturday night, Montana used a huge defensive performance to stymie Washington 13-7 and present coach Bobby Hauck with his 99th win with the Griz.

This is Not a Misprint

About the only thing wilder than non-scholarship Presbyterian having a transfer quarterback from the University of Michigan is that he threw for an FCS-record 10 touchdowns in his first game. Redshirt sophomore Ren Hefley fueled the double-take result of the week, completing 38 of 50 passes for 538 yards and the double-digit TDs in an 84-43 win over St. Andrews, an NAIA program from North Carolina. Tyler Huff, the Blue Hose’s starting signal caller in the spring, also threw for a pair of TDs, giving them 12 overall.

Bearkats’ Winning Streak by the Dozen

The three players who were invited to the Stats Perform 2020-21 FCS Walter Payton Award announcement in May picked up where they left off. Southeastern Louisiana quarterback Cole Kelley, the award recipient, accounted for 306 yards of total offense and four touchdowns in a 49-28 victory at North Alabama. Runner-up Eric Barriere of Eastern Washington directed the program’s 11th all-time FBS win by passing for 374 yards and three touchdowns against UNLV, while Sacred Heart’s Julius Chestnut, who finished third, rushed for 170 yards (his 10th straight game over the century mark) and a TD in a 21-0 shutout of Bucknell. He didn’t play in the fourth quarter due a lower leg injury.

Transfer QBs in the Spotlight

Talk about pressure, how about the transfers being given the keys to the offense at national powers South Dakota State and North Dakota State. Chris Oladokun, from Samford and replacing injured MVFC offensive player of the year Mark Gronowski, delivered three touchdowns (two passing, one rushing) in No. 3 SDSU’s 42-23 pounding of Colorado State. Quincy Patterson, from Virginia Tech, seeks to steady the subpar play behind center at eight-time FCS champ NDSU this past spring, and he was solid with a TD pass against Albany, although the run game fueled the No. 4 Bison’s 28-6 win.

The Southern Conference continues to celebrate its 100th anniversary, so ETSU’s 23-3 FBS upset of Vanderbilt and wins over opponents from four different FCS leagues were the perfect gifts. Quay Holmes rushed for 149 yards and Stephen Scott scored on a 27-yard fumble return as ETSU spread around the gutty efforts. Furman’s 29-18 win over No. 25 North Carolina A&T in a first-time meeting was particularly noteworthy, and Samford beat Tennessee Tech (Ohio Valley), defending champ VMI topped Davidson (Pioneer) and Wofford edged Elon (CAA). That Chattanooga, the SoCon’s preseason favorite, lost to Austin Peay in the season’s first game between two nationally ranked teams, added to the notion that the conference race will be wide open.

The Patriot League has struggled mightily out of league in recent years, but it enjoyed some nice season-opening highlights, the biggest being Holy Cross’ 38-28 win at UConn for the fourth FBS victory in school history and the first by a league team since 2015. Quarterback Matthew Sluka accounted for 235 yards of offense and three touchdowns, and defensive tackle Jason Modak had a pick-six. Additionally, Fordham linebacker Ryan Greenhagen set the FCS single-game record with 31 tackles (14 solos and 17 assists) in a loss at Nebraska.

It feels like there are more legitimate contenders than not in the bigger, stronger, 12-school SWAC, but Alabama A&M can believe it’s the one to beat as the defending champion (not to mention, reigning HBCU national champion). The Aggies edged MEAC favorite South Carolina State 42-41 as SWAC offensive player of the year Aqeel Glass passed for 426 yards and four touchdowns with one rushing score. In his three career games over 400 passing yards, he’s thrown for 14 TDs without an interception.

The 10-game CAA Football schedule was fascinating because it had a little bit of everything, including conference matchups that are uncommon to start a season (New Hampshire winning at Stony Brook and No. 5 Delaware at Maine in entertaining games), intersectional (Albany losing at No. 4 North Dakota State), FBS (William & Mary falling at Virginia) and the kind of intrastate matchups that help define the FCS due to regional pride and easy travel (Villanova winning at Lehigh and Rhode Island over Bryant and Towson bussing less than five miles to Morgan State to win “The Battle for Greater Baltimore”). 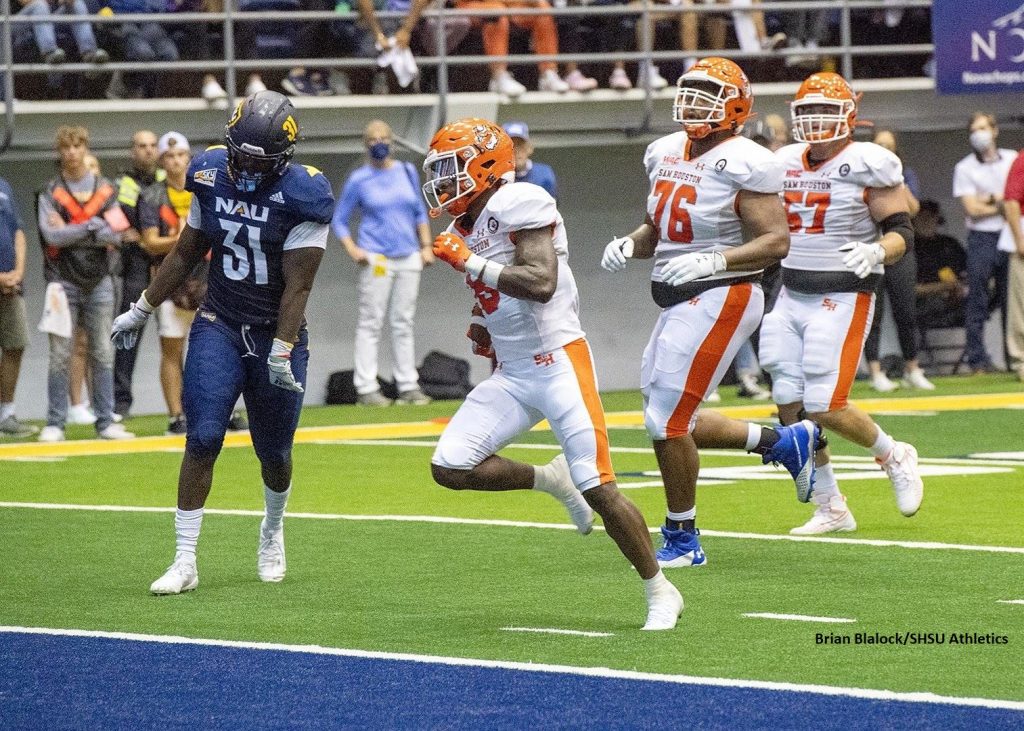 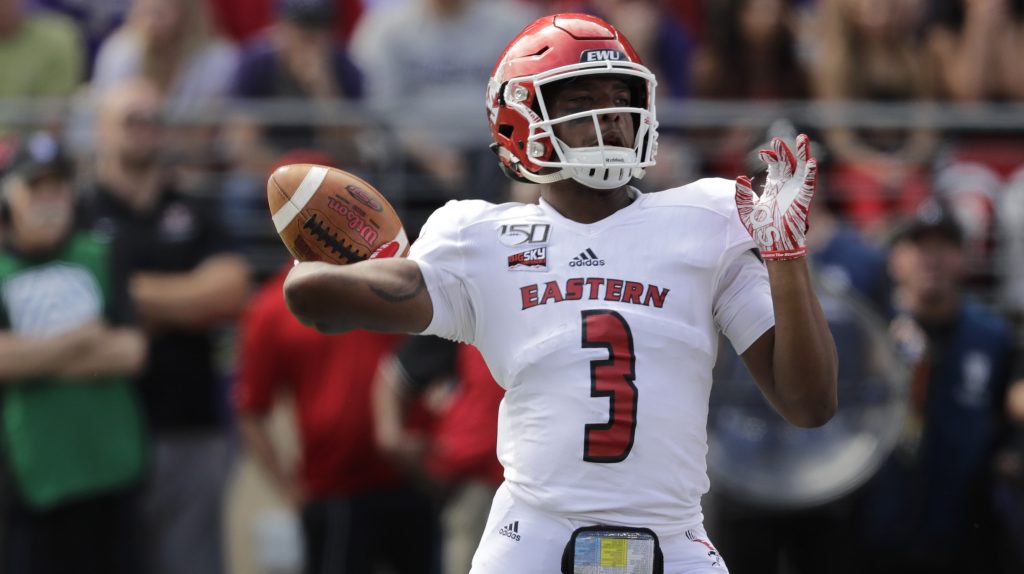 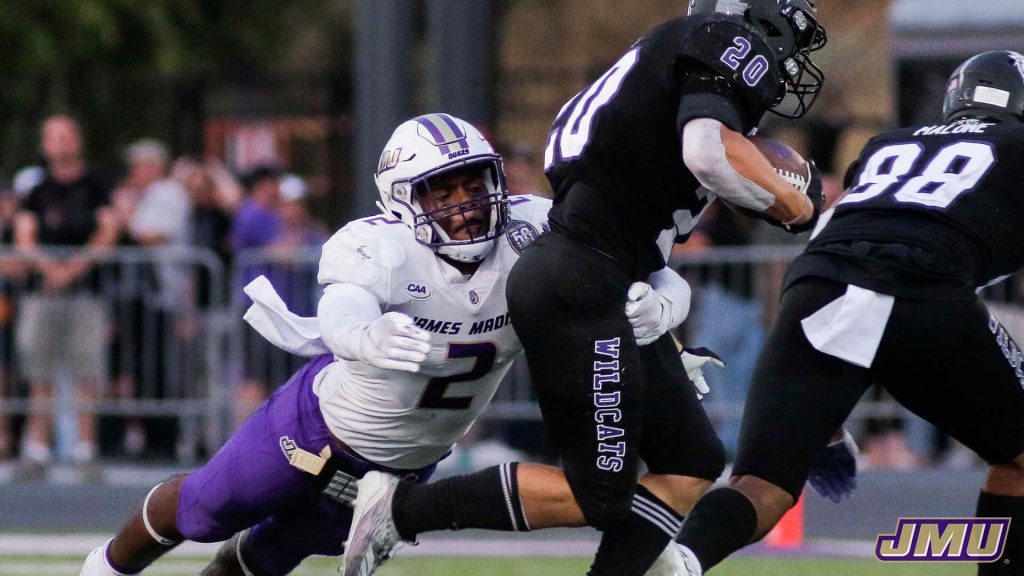 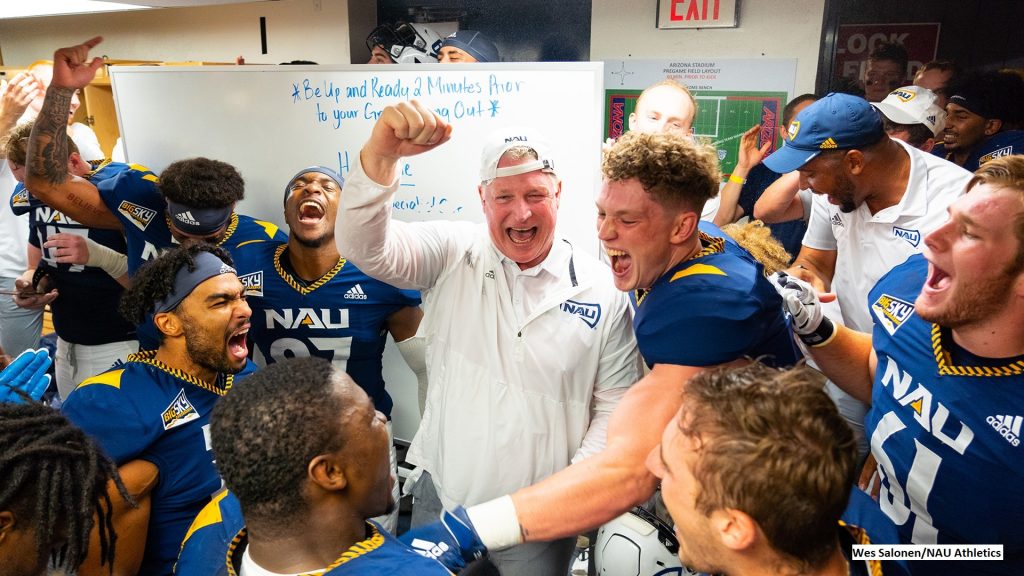