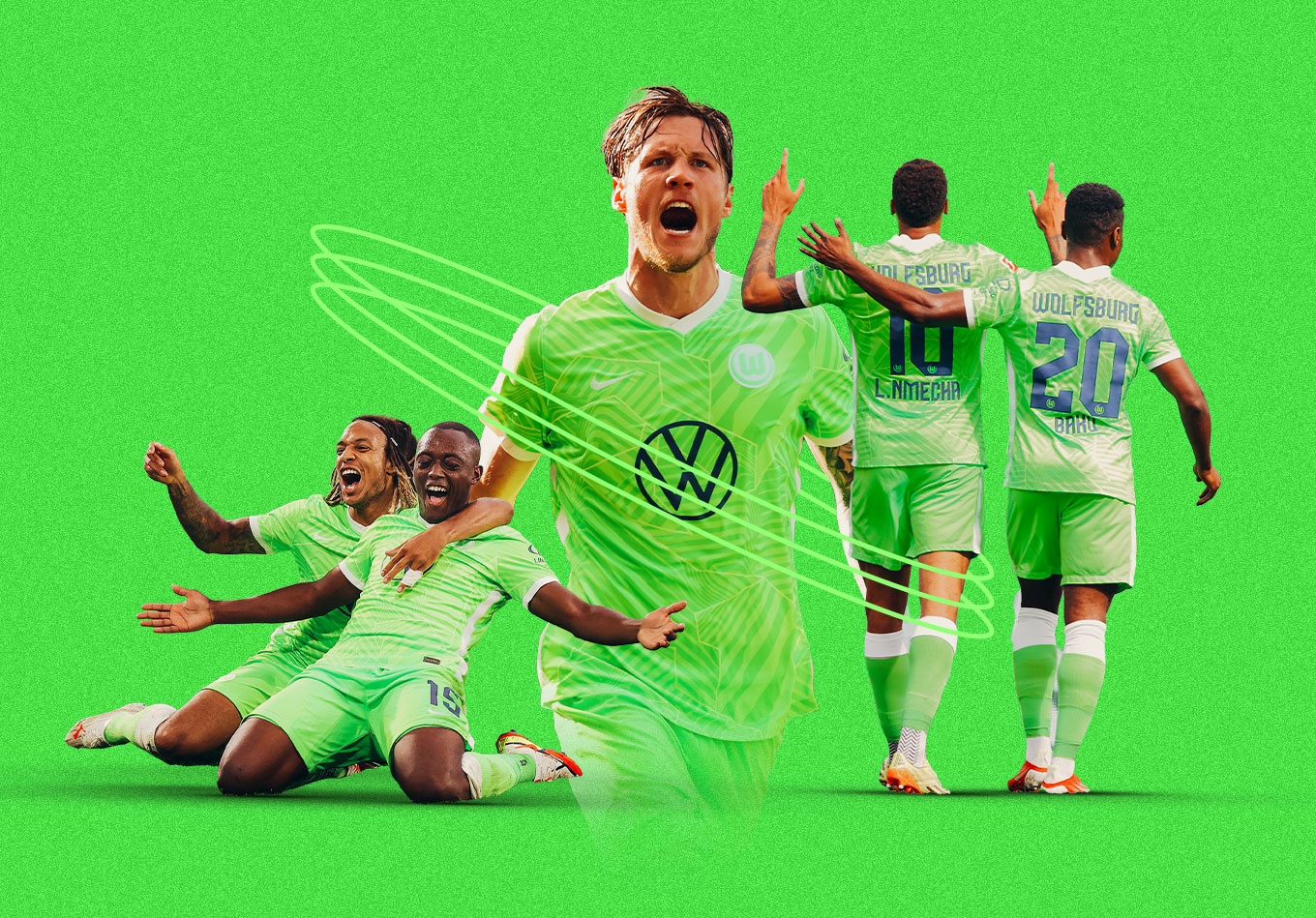 VfL Wolfsburg have enjoyed a perfect start to the 2021-22 Bundesliga season, sitting top of the league with four wins from four. It’s their best start to a top-flight German league campaign, but can they go all the way?

The Bundesliga has been a one-horse race for nearly a decade now, with the crown staying in Bavaria for nine long years as Bayern Munich continue to dominate German football at the elite level. But with the winds of change blowing through the Allianz Arena as incoming manager Julian Nagelsmann implements a new and differing regime, the door, perhaps, remains slightly ajar for the chasing pack to potentially pounce this season.

As Dortmund have dwelled in past seasons and as Leipzig stutter out of the gates this time around, there’s one side a little more under-the-radar that are lurking in the background ready to surprise this season.

Top of the Bundesliga standings after winning on all four matchdays in 2021-22, VfL Wolfsburg have so far looked mightily impressive under new boss Mark van Bommel. The former Bayern Munich defensive midfielder who twice tasted Bundesliga and DFB-Pokal double success in 2007-08 and 2009-10 with the club, has brought an assured presence to the Wolfsburg dugout. All this despite getting off to a terrible start and seeing his side kicked out of the DFB-Pokal against fourth-tier opponents Münster after using too many substitutions in his first game in charge.

A surprise choice to take over from departing manager Oliver Glasner over the summer, van Bommel has built Wolfsburg’s early success on a solid defensive unit who have now conceded just once in their opening four top-flight fixtures. That’s the fewest number of goals conceded at this stage of a Bundesliga season since 2017-18 when both Dortmund (0) and Hannover (1) achieved that feat or better – the same season Wolfsburg escaped relegation thanks to a 4-1 aggregate play-off victory versus Holstein Kiel. The four wins out of four so far further represent Wolfsburg’s best ever start to a Bundesliga campaign and the only time they’ve conceded so few goals in as many matches to kickstart a new top-flight season.

The loss of Croatian centre-back Marin Pongračić on loan to Dortmund over the summer was a blow, but it’s been offset by the tidy acquisitions of FC Köln’s Sebastiaan Bornauw and Micky van de Ven from FC Volendam, who comes highly rated from the Netherlands. Bornauw himself debuted in Wolfsburg’s last Bundesliga fixture, a 2-0 away win against Greuther Fürth, putting in a solid and assured performance for the visitors.

The experience of 28-year-old John Brooks has been vital in central defence at the start of this campaign, one where Wolfsburg have the lowest non-penalty xG faced average in the Bundesliga this season (0.67 per game). His partnership with rising star Maxence Lacroix was born last year under the tutelage of former boss Glasner, with the duo helping to fire the Wolves into the Champions League for the first time since the 2015-16 season.

So far this season, the pair have played together three times in the German top-flight where they’ve restricted their opponents to the lowest quality non-penalty shots in the Bundesliga. That figure, 0.07 xG per shot, highlights that not only are the Wolfsburg defence stopping opponents from getting good quality chances overall, but when the opposition do have shots, those taken are shots of little quality.

To highlight that further, the Wolves have faced a similar average number of shots per match (9.8) in the Bundesliga this campaign as Bayern Munich (9.5), however their opponents are getting chances with an expected conversion rate of 6.8% compared to the Bavarians 10.8%.

Speaking of 21-year-old Lacroix, this season there’ll again be a big reliance on the young French star and it’s not difficult to see why.

In his first full campaign of top-flight German football last season, Lacroix excelled, making 30 appearances for the club and helping them to qualify for the Champions League for the first time since 2015-16. In those 30 matches, Wolfsburg kept 13 clean sheets aided by the young Frenchman’s recovery speed, intelligence and decision-making at the back which saw him average the joint-most interceptions of all defenders to play 2,000+ minutes in 2020-21 (2.3).

His impressive form has continued into the 2021-22 Bundesliga season despite intense speculation of an impending transfer to Chelsea over the summer. The only central defender to have won possession back from the opposition, and then launch an attack that lead to shot more often than Lacroix (10) since the start of the 2020-21 Bundesliga is Eintracht Frankfurt’s Martin Hinteregger (14). He was a big part in Wolfsburg building out of defence last season, with a net progressive distance per pass of 5.9 metres – one of the top five performing central defenders to play at least 2,000 minutes in this metric.

Strength In Depth Across the Middle

Lacroix’s presence then is going to be crucial if Wolfsburg are to make a tilt at the German title this campaign and will help the Wolves to generate attacks from deep, something preferred midfield duo – Max Arnold and Xaver Schlager – have potentially lacked occasionally due to the more defensive mentality that van Bommel has shown so far this season.

With similar profiles, both Arnold and Schlager have formed a fantastic base for Wolfsburg in midfield, however an ACL injury to the latter is now likely to keep the Austrian international side-lined for several months. Focussing on Arnold, he’s now played over 315 times for the Wolves and acts as the perfect anchorman for van Bommel’s system, a midfielder capable of playing the box-to-box role to the highest level.

Alongside his strong defensive output, the 27-year-old is fantastic on the ball with his intelligent play, wide range of passing – boasting his side’s highest pass accuracy percentage this season at 92% – and surprisingly skilful feet. Physical in his playing style, Arnold can on occasion skirt the line with discipline as seen from his previous 55 yellow and three red cards in 255 Bundesliga appearances for Wolfsburg.

The once-capped German international’s key skill is his ability to win back the ball for his side and build attacks. In four Bundesliga matches this campaign, Arnold has recovered possession 26 times for Wolfsburg – the joint-most at the club – whilst over the past two seasons, the midfielder has generated the second most involvements in open play shot-ending sequences at the Saxony based outfit (as seen below). 83 of those were ‘build ups to the shot’ highlighting just how key he is in initiating sequences that lead to his side creating chances despite his own lack of prolific finishing on the pitch.

Another huge strength for Wolfsburg comes down the flanks where on both the left and the right, the full backs and wingers work in tandem to overload the opposition defence in the final third of the pitch with a mixture of hard work and real quality.

So far three of the four Bundesliga matches have seen Jérôme Roussillon and Renato Steffen team up on the left side whilst Kevin Mbabu has backed up Ridle Baku on the right. Out of that quartet, 23-year-old Baku in particular has shone since joining from Mainz last October and offers flexibility for van Bommel as he’s equally adept at right back, on the right wing or in central midfield. His fine form over the past year has seen him debut for the German national side whilst many pundits and fans alike thought he should have made the nation’s final Euro 2020 squad.

The capture of Baku further shows that the club’s recruitment in recent seasons in their midfield is proving fruitful. To continue that trend, highly rated 18-year-old Aster Vranckx has been acquired by Wolfsburg this off-season from Belgian outfit KV Mechelen which will undoubtfully prove great business in years to come regardless of what happens for the youngster individually during the 2021-22 season.

The final piece of the puzzle for the Wolves comes upfront in the form of Wout Weghorst – one of Europe’s most underrated strikers. With 55 goals and 19 assists in 104 league matches for Wolfsburg, the Dutch striker consistently finds the back of the net – scoring every 163 minutes on average across his German top-flight career.

Last season, Weghorst netted 20 times for Wolfsburg in the Bundesliga, outperforming his xG figure of 17.2 en route to being the league’s fourth-highest scorer. Five of those were headed finishes, perhaps unsurprising given the Dutch international’s 6 ft 5 frame, but despite that Weghorst is extremely skilled with the ball at his feet, often dropping deep to help link up the attacking play with quick lay-offs or aerial flick-ons. Since the start of last season, he’s created 42 chances from open play for Wolfsburg teammates – more than any other player. Across the entire league, only Fabian Klos has been involved in more aerial duels than the Dutchman (189) and only André Silva attempted more headed shots at goal than he did (26) across all forwards since 2020-21.

Compared to recent Bundesliga campaigns, the Wolves now have significant backup for Weghorst in case injuries or suspensions arise. This summer three first-team attackers have been added to the squad to also offset the loss of winger Josip Brekalo who has joined Italian club Torino on loan with an option to buy.

Striker Max Philipp has made his prior loan move from Dynamo Moscow permanent whilst Luca Waldschmidt has been purchased from Benfica on a cut-price deal. Waldschmidt hasn’t been a prolific scorer in his career so far, with just 18 goals in 104 Bundesliga appearances across four clubs, while he netted only nine times in 29 Portuguese top-flight games for Benfica – however, this season has seen him grab two goals in three league appearances (both for Benfica), so it could prove a masterstroke of a signing considering he’s still only 25 years old.

The third acquisition is potentially the most interesting however: former Manchester City forward Lukas Nmecha. Signing a four-year contract with Wolfsburg over the summer, the 22-year-old has already scored twice in three Bundesliga appearances in his most recent spell at the club but it’s his versality that could prove huge for the German outfit. In three Bundesliga appearances the youngster has already played both upfront as the lone striker and on the right wing, whilst in his career to date, he’s also played on the left wing and as a central attacking midfielder when needed. That versatility could be crucial as Wolfsburg battle in both the Bundesliga and the Champions League group stages.

With all things considered then, it’s conceivable that Wolfsburg could push for the Bundesliga title this campaign. However, even if they make it five wins from five this weekend against Eintracht Frankfurt, history is stacked against them. There have been 15 occasions of a team winning their first five games in a Bundesliga season – seven of those have gone on to win the title, but the problem is that every single one has been by Bayern Munich. On the five occasions that a side other than Bayern have started with 15 points from five games, they have wilted and never gone on to win the title – the last being Borussia Dortmund in 2015-16 under Thomas Tuchel.

Several seasons of solid investment have seen the club’s squad depth grow to robust level where barring any catastrophic bad luck, they should be able to challenge right at the top domestically. Granted, Champions League football may prove a distraction at points in the upcoming campaign, but the level of quality Wolfsburg now have in all key areas on the pitch could very well see the club fight hard on all fronts this season. 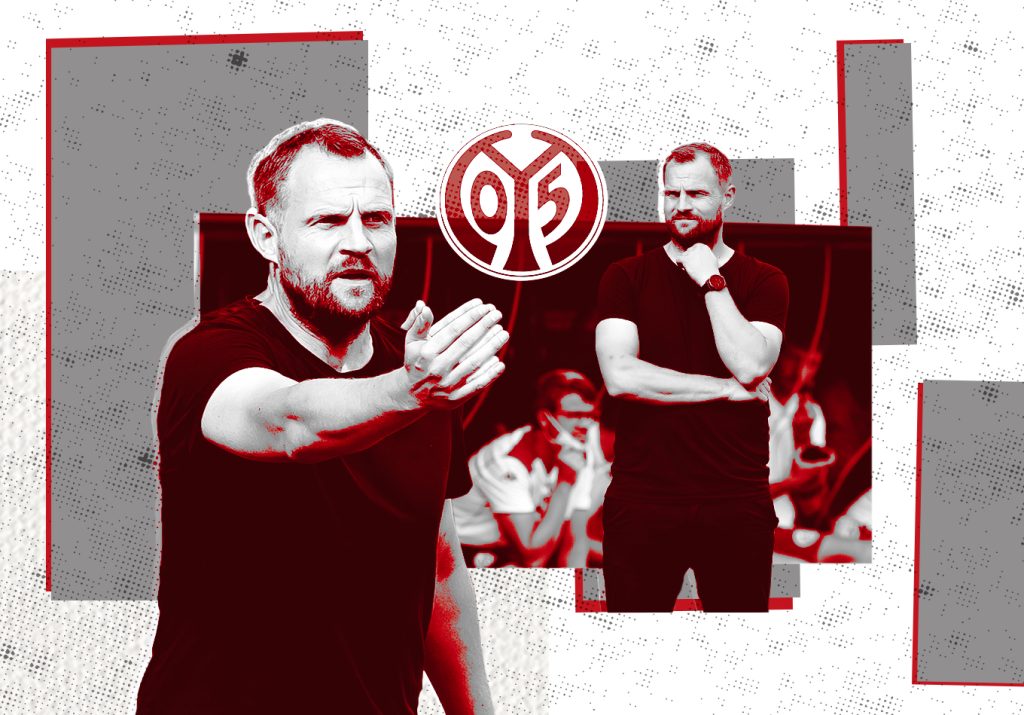 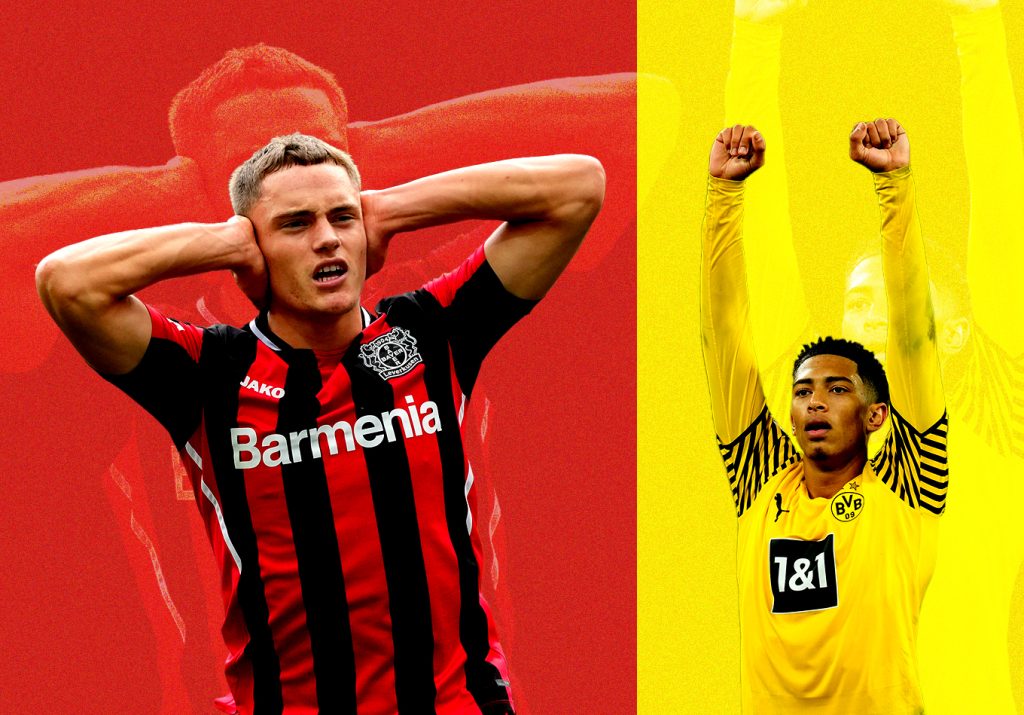 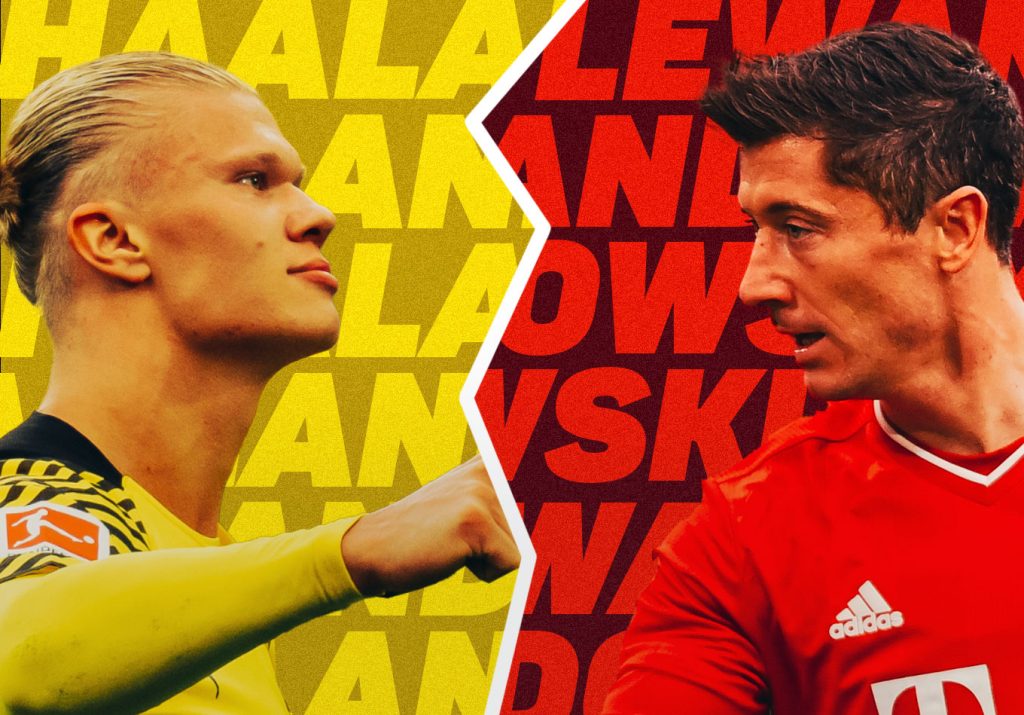 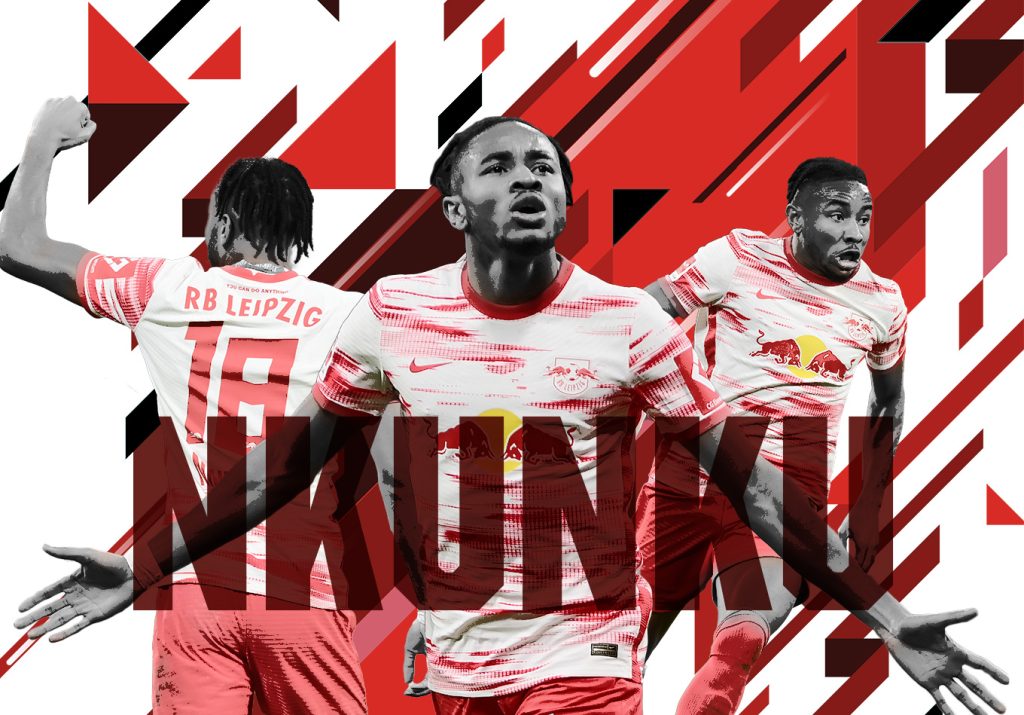