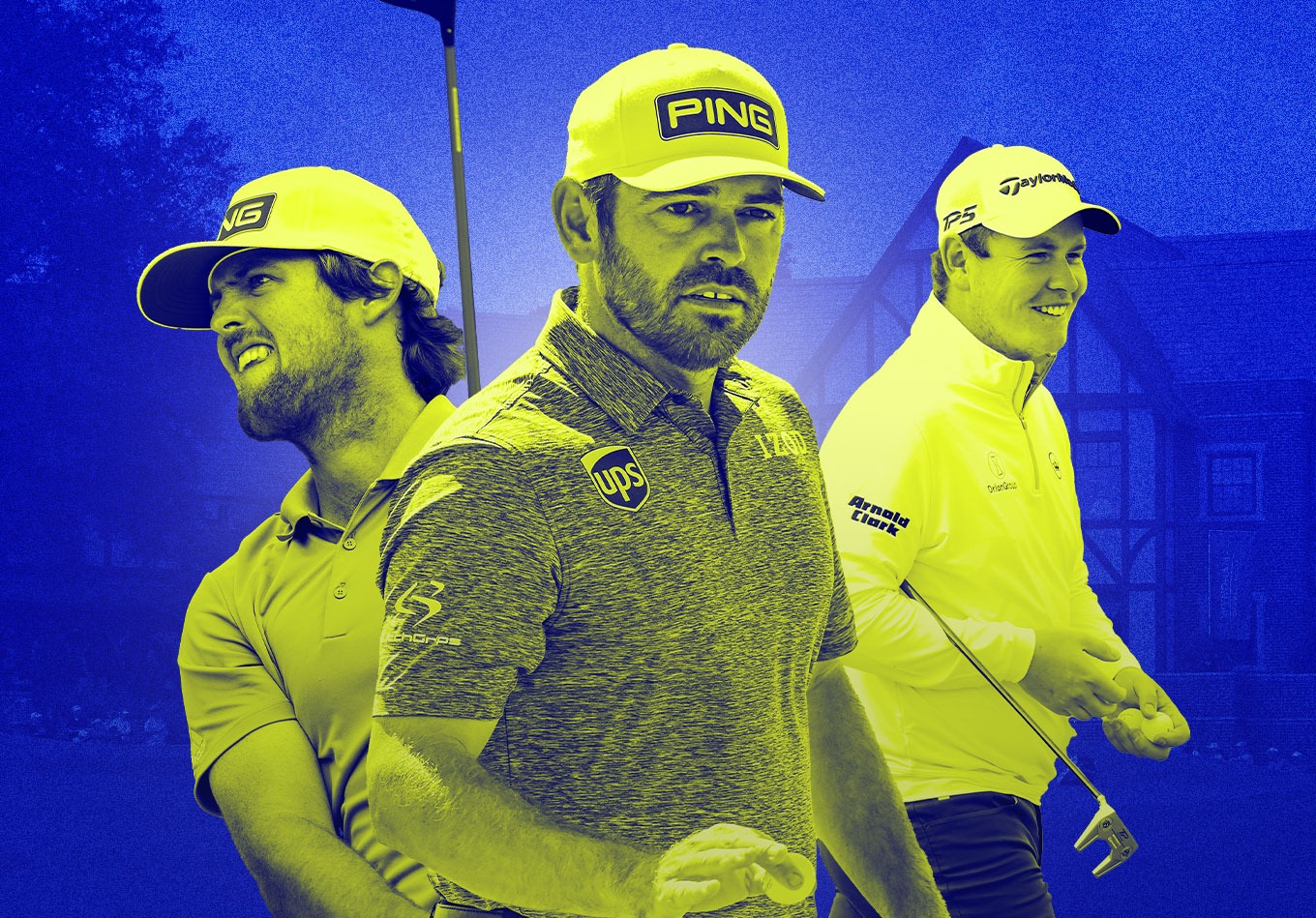 We’re using the advanced FRACAS model to project the winner, top value plays and best fantasy picks for the Wyndham Championship – a critical event for some.

This week marks the last of golf’s “regular season.”

It’s the final chance to accrue FedEx Cup points and qualify for the playoffs, which begin next week with the Northern Trust at Liberty National Golf Course.

The top 125 in the FedEx Cup points list will make it, and there are several well-known players on the cusp of missing out. Adam Scott, Matt Kuchar, Rickie Fowler, Tommy Fleetwood, Justin Rose and Francesco Molinari all need strong showings to make it to next week and beyond.

While most of these players are still ranked high enough in other areas to garner tournament invites, it’s much less of a headache to simply qualify for the playoffs and ensure a tour card for the next season.

Likelihood of Qualifying for the Playoffs

Scott has a good chance to make it, but it will be a tall task for the other five to crack the top 125. Let’s look at the course this week to see what will be required to have a good finish.

The Wyndham Championship is held at Sedgefield Country Club in Greensboro, North Carolina. It’s a par 70 playing just over 7,100 yards and the winner is consistently around 21-under par. It’s a tree-lined course with a lot of tee shots where a driver is not in play. Very few of the approach shots into the greens are long, so hitting fairways is key for being able to control where you’re hitting your wedges.

The main defense for the course is the undulations on the greens, and the average number of three-putts per round is around 20% higher at Sedgefield than at an average PGA Tour course. The two par 5s play extremely easy and are reachable in two for the entire field. Making birdie or eagle on them is almost a requirement. Last year’s winner Jim Herman played the par 5s at minus-9 while winning at 21-under par.

While the par 5s are where a lot of the scoring comes from, the tournament is won on the par 4s. Two-thirds of the holes are of the par 4 variety and the same percentage of the total variance on the course comes from those holes. Five of the 12 are long/easy par 4s, but there’s a good mix of par 4 types overall. For a par 70, it’s a very balanced layout and rewards players with consistency.

With 156 players, the field is deep but also surprisingly strong. Our model shows the median FRACAS for the field at 0.33 strokes better than PGA Tour average, which is about on par with the Travelers Championship. While our model usually leans towards the top talent in big fields, most of the very top talent is missing and the strength of the field is more because of the depth than the golfers at the top. Our model gives 33 golfers greater than a 1.0% chance to win.

Louis Oosthuizen was the highest value in the outright market and our pick to win before withdrawing due to injury. With four top-five finishes in his last seven starts, Oosthuizen has some of the best form in the world right now, sitting sixth in our worldwide FRACAS rankings.

Hideki Matsuyama moved to the top in our projections with a 7.84% chance to win. Last week, playing against one of the best fields we’ve recorded in our database, Matsuyama gained more than 13.0 strokes tee-to-green – including 8.9 strokes on approach. His putter is always at risk of abandoning him entirely, but in a tournament where wedge play is vital, Matsuyama is our guy.

Webb Simpson has been inconsistent lately with a pair of top-20 finishes and a pair of missed cuts in his last four starts, but he absolutely loves this course. In the last four years, Simpson has finished third, second, third and second at the Wyndham. He loves this tournament so much that he has a child named Wyndham. He’s our third favorite to win, so it’s not like FRACAS is fading him entirely, but it will be an interesting storyline to see how much course history comes into play for someone who isn’t at his best right now.

Other than Oosthuizen there just isn’t much to like in the outright market, but there are several players we love as top five/10/20 options.

Young Scotsman Robert MacIntyre is another player fighting for tour membership. He’s currently ranked 49th in the OWGR and teetering on a whole host of auto-qualifications. While there are a lot of ways he can secure a tour card, a strong performance at the Wyndham will at least get him special temporary membership for the start of the 2022 season.

Fortunately, he appears to be trending in the right direction heading into the tournament. It’s not a particularly good course fit for MacIntyre, but it’s not terribly bad either. He performs well on all types of par 4s, and leaving the driver in the bag may help him hit more fairways than usual.

There is some minor value in Bobby Mac’s outright market, but based on the data, we think we could come in the top five this week. Our model has him at a little better than 11-2 to finish in the top five, while the consensus odds have him around 8-1. It’s good value for a player who’s been in fine form and needs a good week.

While MacIntyre is doing everything in his power to secure his tour card, Mito Pereira already has his. Pereira has done almost nothing to disappoint since his promotion to the big leagues, with the exception being his mediocre performance at last week’s Barracuda Championship.

However, Sedgefield is a good course fit for Pereira. He’s excellent when the course plays easy, and his best holes are the long/easy par 4s – and this course has five. In this field, he’s projected to score second best on those holes, behind only Adam Scott. Our simulations give Mito a 15-2 chance for a top-five finish and a little worse than 4-1 odds at a top-10 result. The market is giving us odds of 10-1 and 11-2, respectively, and we love the value in both.

Hank Lebioda was last seen withdrawing from the 3M Open after a family emergency. We wish nothing but the best for the Lebioda family and are thrilled to see him back on the course. The lefty was on fire before taking a few weeks off, and FRACAS likes his chances of starting up where he left off. In the top 50 golfers in the world by FRACAS, only Seamus Power is currently playing at a higher level relative to his baseline than Lebioda, who is currently playing about 2.2% above his baseline. While that does mean some regression is probably coming, the way FRACAS uses exponential decay means that much of that long-term baseline is still being used in his projections.

The placement odds we’re getting from the market are simply too good to ignore, and Lebioda is our highest-valued play of the week. His odds from our simulations are almost identical to Pereira, but the market is giving us even better odds for Lebioda. We’re seeing 12-1 and 6-1 for a top-five and top-10 finish, respectively, for a fantastic value.

Long term, Dahmen loses strokes on average on both types of par 5s, but gains strokes everywhere else. This makes him highly appealing when a course features just two par 5s. He gets the highest FRACAS bump from the course for any player in the field. He jumps up from the 32nd-ranked player in the field to the 18th once course adjustments are made.

While he has a spot secured for the first leg of the playoffs, he currently sits at 76th in the FedEx Cup points. That puts him right on the edge of making the second leg of the playoffs, where only the top 70 golfers get in. A good week at the Wyndham puts him in an excellent position to fight for a spot at East Lake in the Tour Championship.

This week, he’s a solid value play in the top-five and top-10 markets. We give him better than a 10-1 chance to finish top five and slightly worse than 5-1 odds to finish in the top 10. The numbers we see in the consensus are 16-1 and 7-1, respectively.

We evaluate players at the percentage of time they appear in the top 10% of DraftKings in our simulations, while also setting a floor on which players qualify. Additionally, we’re comparing simulated appearances in the top 10 versus expected, relative to salary, to pick which players we are interested in.

Unsurprisingly, Matsuyama is at the top in our win percentage model following Oosthuizen. We think Simpson has good value here as well, but he’s projected to carry huge ownership and that projection is just enough to kick him off our fantasy team.

Scott is probably our favorite play of the week. He doesn’t have the highest projection to salary value, but there’s a chance he’s only around 5% owned. We think he’s playing way better than public sentiment currently sees him, and after a disastrous first round at the WGC last week, he played well for the remaining three rounds.

Lots to choose from the rest of the way. Macintyre and Charl Schwartzel are our favorites from this range.

Another range with a lot of options. In order of preference, it’s Talor Gooch, Lebioda, Dahmen, and then Pereira. Lebioda and Pereira should carry quite a bit of ownership, but we’re high enough on them that they’re still showing value.

Not too many options below $7k, but you could do worse than Roger Sloan. He’s made eight of his last nine cuts and is coming off back-to-back top-20 finishes.

An exciting finish to the WGC FedEx-St. Jude resulted in a leaderboard with a lot of Sunday fluctuations and some highly disappointing results for the final grouping.

FRACAS doesn’t take playoff holes into account, so by the model, there were essentially three winners last week. Sam Burns made the biggest jump, moving up 48 spots to 23rd in the world. Matsuyama moved up 14 spots to eight in the world and Abraham Ancer, the eventual champion, moved up 19 spots to 10th in the world. Huge leaps for all four, but as we mentioned, the strength of field was the strongest we’ve ever seen for a four-round tournament.

Erik van Rooyen came out on top in the Barracuda Championship, jumping 133 spots to 69th in the world. He utilized a bit of luck on the 18th hole where he snap-hooked his drive towards an out of bounds area. The ball ricocheted off a tree directly back into the middle of the fairway. He wound up birdieing the hole, a potential five-point swing for a golfer who ended up winning by five. In their post-tournament interviews, both Ancer and van Rooyen talked about how much luck is involved in winning most golf tournaments.

On the European Tour, Grant Forrest came out on top and moved up to 133rd in the world. Santiago Tarrio had yet another top-five finish and now sits at 21st in our FRACAS standings. Probably not sustainable for a golfer who spends most of his time on the Challenge Tour, but his last nine tournaments read: first, third, first, tied for fourth, tied for fifth, tied for 16th, tied for fourth, tied for 15th, and third. Even playing against weak competition, it is ridiculously hard to have such sustained success and FRACAS takes that into account.

Joshua Creel won on the Korn Ferry Tour to move up to 210th in the world, Marcus Helligkilde won on the Challenge Tour to reach 362nd in the world and George Coetzee won on the Sunshine Tour to jump to 85th. While winning the weakest of the fields, Coetzee is an established player who was already in the top 200.