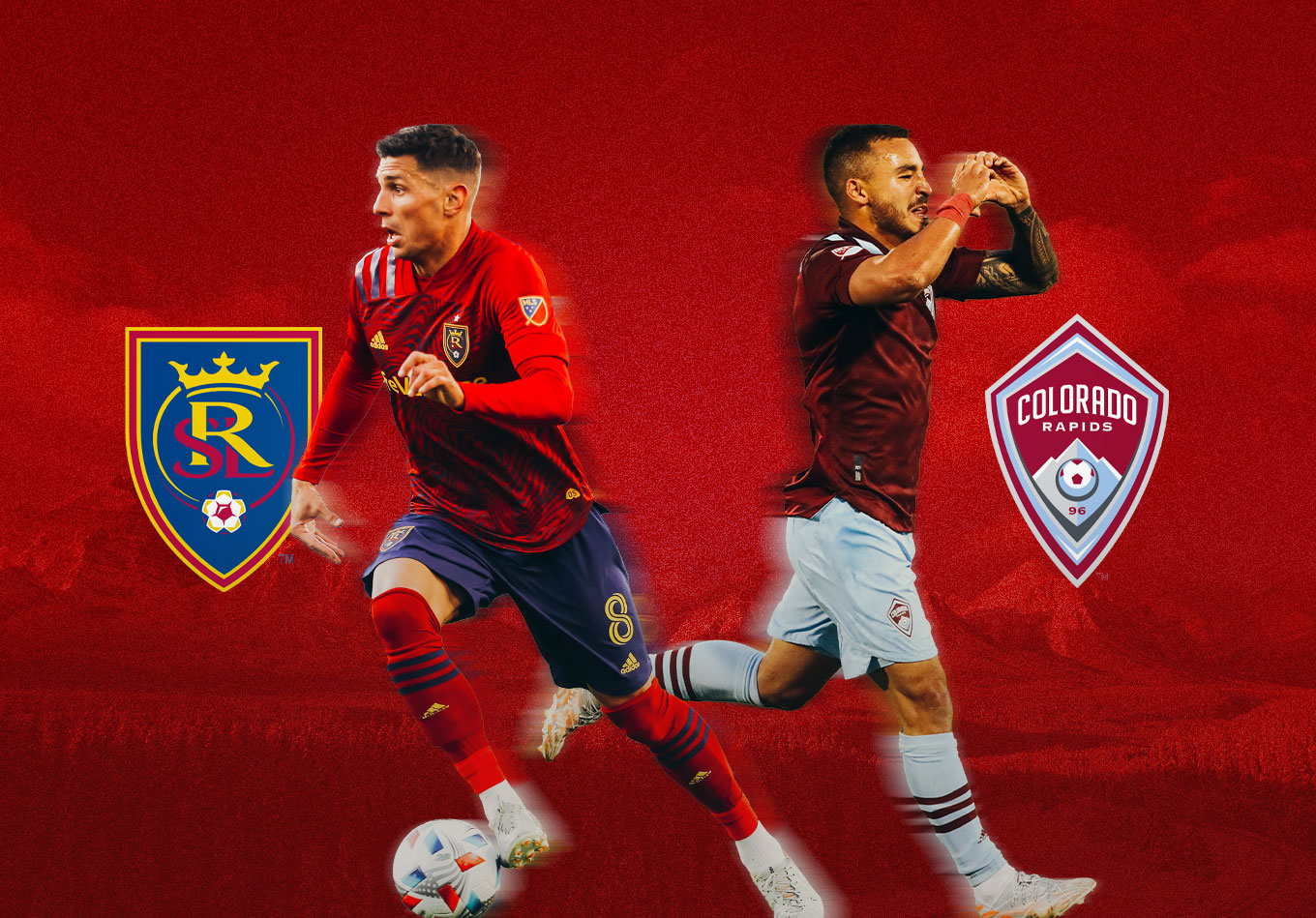 Real Salt Lake and the Colorado Rapids have jumped up the Western Conference standings and have forced themselves onto everyone’s radar above the playoff line. In fact, if Colorado win their two games in hand, they could lead the division after 20 games with 40 points while extending their home unbeaten run to nine.

Continue west and RSL are riding their home form and plus-8 goal differential to success, having beaten the Rapids last month for their sixth victory in the last seven meetings. Their home form won’t help in this one though, as Part 2 of the three-part Rocky Mountain Cup will take place in Denver Saturday night as they try for their first three-game winning streak since the tail end of the 2019 season.

Colorado’s main calling card is their defense, and it should be the difference between the two sides. The Rapids’ defense is interesting as they’re aggressive in the final third, yet fall back into a passive shell if the initial press is broken. They’re among the top 10 in MLS in possessions won in the final third, but near the bottom in possessions won in the middle and defensive thirds. It has worked so far. They’ve conceded the second fewest goals across the league, a goal per game at 18. They’re expected goals against per game at 1.25 is sixth best. They’ve let in some worldies from outside the box, but if the trade-off for that is being one of five teams with an xG against per shot faced of 0.10 or lower, they’ll probably take it.

However, when we look closer at some of the numbers, it becomes a little more interesting. RSL concede almost two more shots per game – 14.1 to Colorado’s 12.3. But Colorado actually allows more shots on target per game than RSL – 4.1 shots compared to 3.7. This is because RSL boasts the best shooting percentage against in the league with only 27% of opponents’ shots finding the frame. RSL have the second biggest gap in the league between their xG conceded and the xG on target conceded, 6.7. Even when opponents have a great chance to score, RSL defenders are getting a block in or providing just enough pressure to put the attacker off.

This occurs because Real Salt Lake keep a ton of people behind the ball. They have one of the least-aggressive defenses in the league, rarely press, and concede a ton of space to attacking teams. Their 387 defensive actions on the ball are the fewest in the league. Their 185 interceptions are second fewest and well below the league average of 227. The number of duels they’ve attempted is near the bottom as well. RSL aren’t going to beat themselves by going after a lost cause. They keep the ball in front of them and force opponents into mistakes simply by giving them nowhere to pass the ball into.  Colorado can be susceptible to these types of mistakes. The Rapids are tied for second-most shots following their own defensive errors with seven. Defensive errors were the tale of the tape with the first matchup between these two as well. RSL hadn’t registered a shot on target when they found themselves a goal up after a William Yarbrough howler.

Going down a goal so early and easily forced Colorado into chasing the game. This worked perfectly for RSL, who are one of the most direct attacking teams and have 35 instances of such attacks.

Interestingly, this is making for goals that are almost always accompanied by assists. RSL have recorded an assist on 25 of 26 non-penalty goals, including their last 10. Those 25 assists rank second in MLS, but their 16.1 expected assists are 14th, meaning Real Salt Lake are making good on the chances they create. Their +3.3 non-penalty xG overperformance (27-23.7) is the highest in the league. Efficiency, it seems, is the name of the game.

Whichever third of the field this game takes place in will decide the game. If Colorado can avoid an early mistake in their own half, their defense should hold out RSL’s attack. If the ball is in RSL’s third, Colorado might just force an error themselves.