Ben White Joins Arsenal: What Have They Got For £50m? | The Analyst 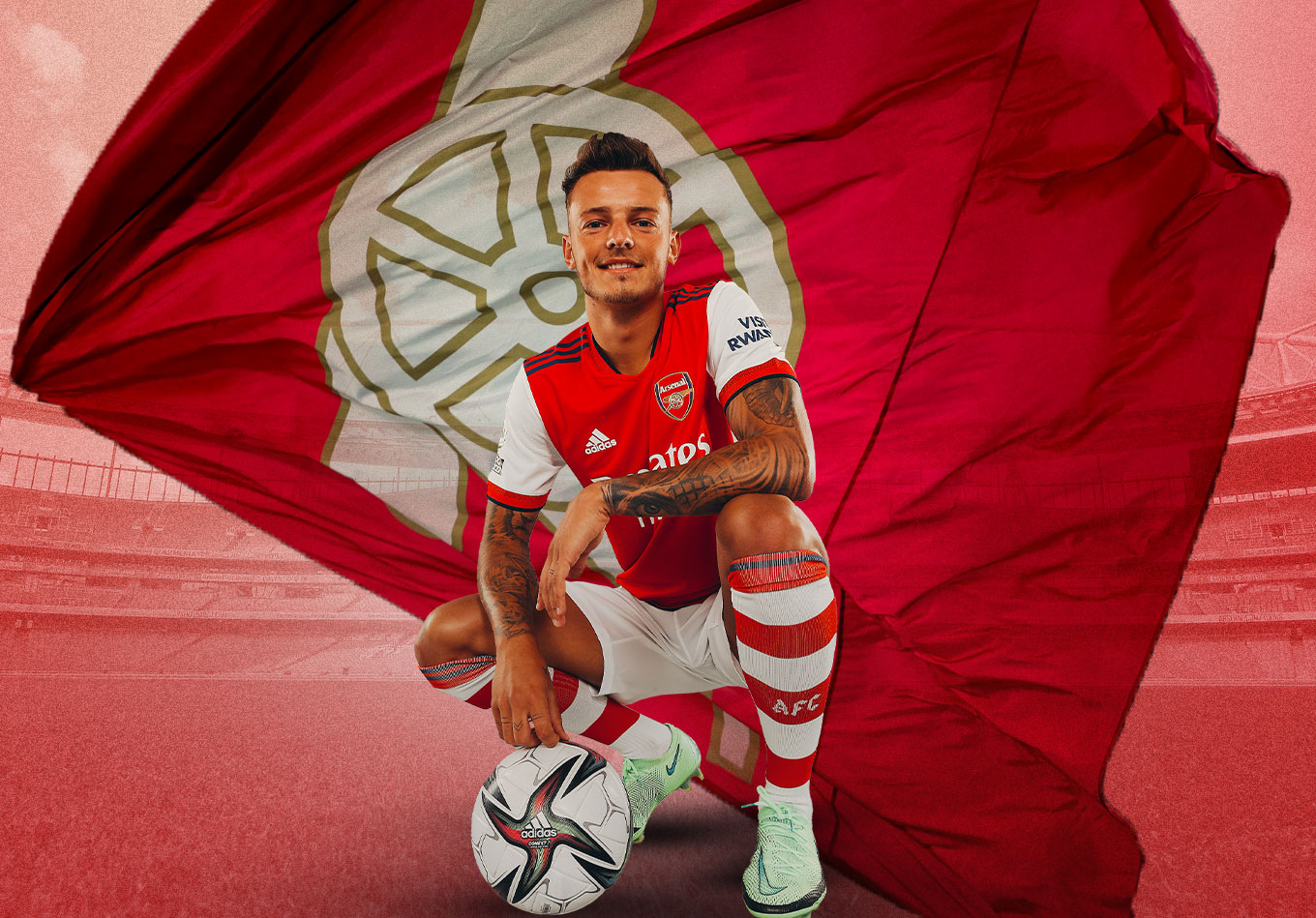 White Here, White Now: What Have Arsenal Got For £50m?

There are a lot of things you can buy with £50 million. At their current recommended retail price, you could buy 200 million Freddos and eat like a king for the rest of your life. You could use it to pay for roughly 8.3% of Lionel’s Messi’s release clause. Or you could use it to acquire the services of 23-year-old defender Ben White.

Arsenal have chosen the latter. But what are they getting for their money?

First, it should be said that £50 million is not cheap. For any player. If it were to go through, White would become Arsenal’s third-most expensive signing in history, behind Nicolas Pépé (£72m) and Pierre-Emerick Aubameyang (£57m). Not only that but per Transfermarkt, he’d become the ninth-most expensive defender in history.

And given Arsenal’s £27m-signing William Saliba is still yet to make a competitive appearance for the club despite signing in 2019, you’d be forgiven for looking at this proposed deal with a little bit of scepticism.

“Do Arsenal even need a new defender?” It’s a valid question to ask.

Say what you want about Arsenal’s style of play under Mikel Arteta, but one thing you can’t deny is that the Spaniard has improved them defensively. Last season in the Premier League, Arsenal conceded 39 goals. Only Manchester City (32) and Chelsea (36) conceded fewer. And looking at the underlying quality of chances they gave away, the data backs up their top line numbers. Only four sides gave up more expected goals against per game than Arsenal. Note the position of Brighton – White’s former club – third on the list below. Not bad company for The Seagulls to keep.

So if they didn’t need to bolster their rearguard with extra steel, why all the fuss?

The answer is because nowadays, we’re arguably in the most demanding era for centre-backs.  Defenders are required to do so much more than defend. And therein lies the reason that Arsenal have been so desperate to acquire White’s signature. For Arteta, like many coaches in the modern game, playing out from the back is a key part of his coaching philosophy. His defenders need to keep possession, start attacks from deep and progress the ball upfield. And Arsenal defenders understand that more than most.

Last season, only Manchester City – where Arteta cut his coaching teeth – progressed the ball up the field at a slower rate than Arsenal, while only three sides completed more passes per sequence on average than the Gunners. Arteta’s build-up play is patient and methodical. He needs someone who is comfortable on the ball, particular now that David Luiz has left. For all the Brazilian’s flaws, there is no doubt that at his best he is an exceptional ball-playing defender.

Ben White can fill that void. And he can do a whole lot more.

White first displayed his outstanding technical ability while on loan at Leeds in 2019-20. He played a pivotal role in their promoting-winning season and the very fact that manager Marcelo Bielsa was desperate to sign him permanently should tell us all we need to know about White’s talents.

The English defender was a fundamental part of Leeds’ attacking play that season, adept at building attacks from the back. During Leeds’ successful campaign, White ranked first among all central defenders for xG sequence involvement. Put simply, whenever White was involved in the attacking build-up for a Leeds’ shot, the end value of those shots were more dangerous than any other central defender.

And only Fulham centre-half, Tim Ream, was involved in more 10+ passing moves that ended in a shot or touch in the opposition box than White.

Leeds averaged 64% possession in the Championship in 2019-20, more than any other side, and White has demonstrated that he can play a key role in the attacking play on a team that dominates the ball.

In 2020-21, now back at parent club Brighton, White only went from strength-to-strength. He showed a composure and confidence on the ball that belied his 23 years. His passing was incisive, and he was not afraid to take risks by playing the ball forward, slicing through opposition lines.

Of all centre-backs to play over 1,000 passes last season, White ranked ninth highest for the proportion of those that were forward.

But the main area where White stands out among his peers is his ability to dribble the ball out of defence. Not only did White complete more successful dribbles than any other central defender last term, but he far surpassed any other contemporary for carries followed by a take-on.  His ability to dribble to ball forwards, beat a man, and then hand the ball over to a teammate is unmatched.

The below situation against Newcastle is a perfect example of White’s skillset.

In the second minute, White reads the play brilliantly, smashing Ryan Fraser off the ball after a slightly under-hit pass from Isaac Hayden.

He then picks up the ball and drives at Newcastle’s left back, Paul Dummett. He cuts inside into the space available, sending Dummett sprawling.

With Dummett out of the game, look at how mangled the line of the Newcastle back four is. White then calmly slips the ball to Neal Maupay, who’s in behind the defence.

Maupay whips the ball to the back post to Jakub Moder who slices the ball over from his attempted shot. It was a passage of play that perfectly summed up White’s qualities as a player: an ability to read the game, physical in the challenge before dribbling the ball past opponents with skill and composure.

Another attractive element that White brings is extreme versatility. Last season he played two-thirds of his minutes at right centre-back, his most comfortable position, but spent 18% of playing time in midfield and 10% at right back. His composure on the ball and range of passing enables him to play in multiple positions and England manager Gareth Southgate credited White’s versatility when justifying his Euro 2020 call up.

Lastly, White is one of those players that is sneaky fast. His strong athletic profile makes everything he does look graceful and effortless, but he can motor. He reached a top speed of 33.8 k/ph last season, which was quick enough to rank him 11th fastest in the league out of all central defenders. And only Ben Godfrey clocked up more sprints per 90 minutes than the Brighton defender, which again points to the defender’s athleticism. Arteta will be hoping Arsenal can play a higher line and rely on White’s recovery pace to bail them out of any trouble.

£50 million is a lot of money. But despite his age, White already looks like the real deal. Time will tell if Arsenal should have bought 200 million Freddos instead of a new defender, but we’re confident that White is a serious, long-term investment for a club in desperate need of some x-factor.