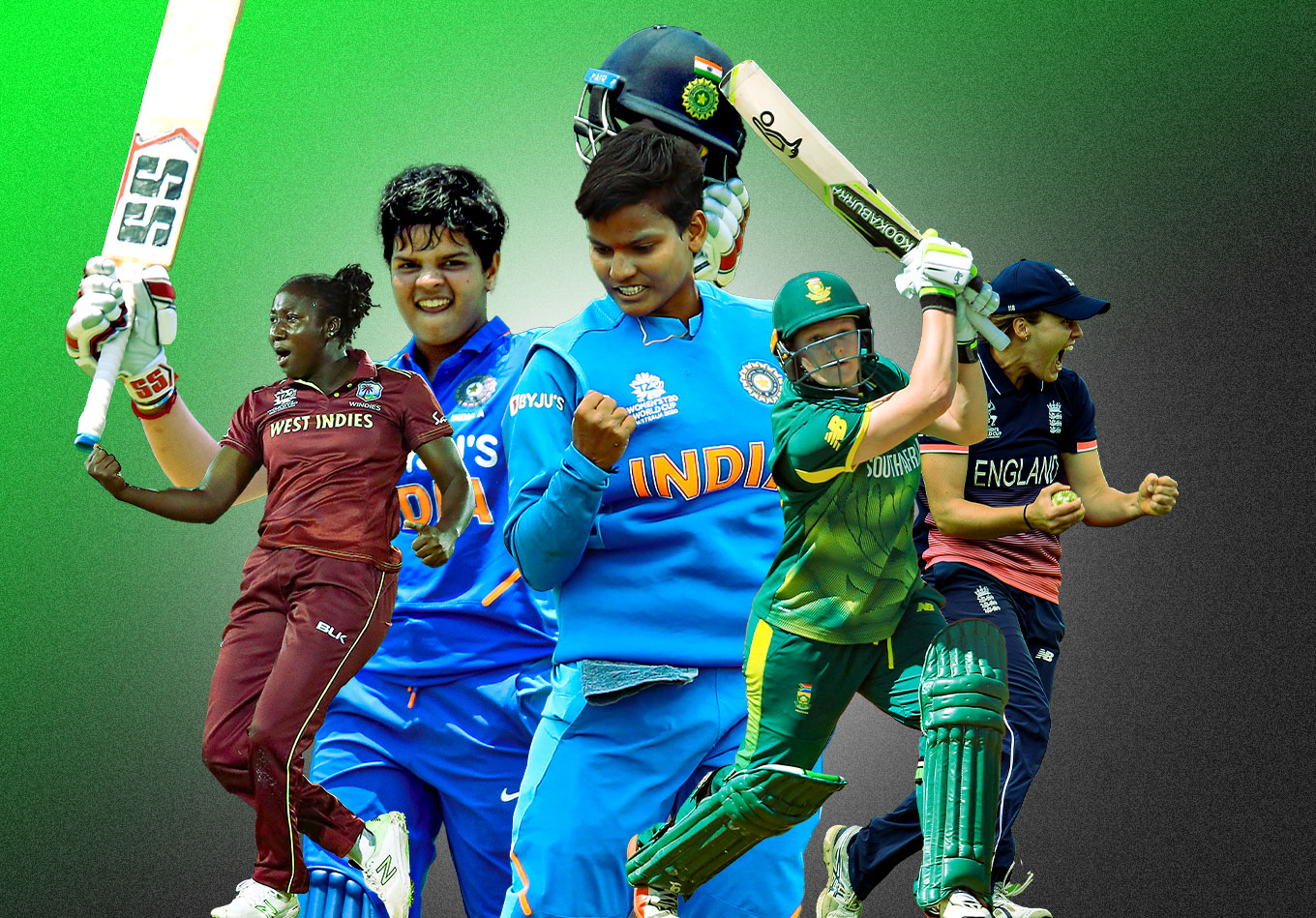 The Hundred: 5 Women’s Players to Watch

Given the brand-new format, there are a lot of unknowns. The prevailing strategies and tactics will take a while to emerge. But what we do know is that prowess in T20 cricket is a good place to start. And so here are five of the best from the women’s game.

Stafanie Taylor is undoubtedly one of the greatest cricketers of her generation. She’s been the star of the West Indies team for over a decade and is now their captain. In 2011 she won the ICC Women’s Cricketer of the Year and in 2020 she was named on a six-person shortlist for the Female Cricketer of the Decade accolade.

A true all-rounder, Taylor can do it all, finishing as top run scorer and wicket taker for her team at the 2020 ICC Women’s T20 World Cup. As one of just two players to score 3,000+ runs in women’s T20I cricket and needing just two more wickets to become the sixth to reach 100 scalps in the format, her value to any team is obvious.

Short-format cricket is Taylor’s speciality, and she has experience of franchise cricket in the UK having represented Western Storm and Southern Vipers, helping the former win the Kia Super League in 2017. The 30-year-old’s global experience doesn’t stop there though, having also helped Sydney Thunder claim the inaugural edition of the Women’s Big Bash League title in 2015-16, scoring 372 runs and taking 10 wickets across her 16 appearances.

Having the #1 ranked T20I batter in your lineup is never a bad thing and that is the honour bestowed upon Birmingham Phoenix as they welcome Shafali Verma to their ranks for the inaugural edition of The Hundred. Aged just 17, Verma has the world at her feet and this tournament could be another launchpad to showcase her remarkable talent.

Since her T20I debut in September 2019 she has amassed 665 runs in the format, only Beth Mooney (724) can better this. It’s not just the accumulation of runs however, but the rate of that accumulation. Her career strike rate of 145 is only surpassed by Mooney’s Australian compatriot Alyssa Healy (156), meanwhile her tally of 30 sixes is nine more than any other player in that time period.

Expect fireworks with Verma and expect them from the get-go. She is sure to become a crown favourite in Birmingham. 77% of her runs at the 2020 Women’s T20 World Cup came from boundaries, the second-highest rate in the tournament (behind Lizelle Lee at 79%) whilst her rate of a boundary every 3.8 balls faced was the best of any player.

The London Spirit women’s squad is teaming with talent, with real international quality pulsing through both the bowling and batting departments. Deepti Sharma is a key part of that puzzle and, ranked as the fifth best T20I all-rounder according to the ICC Rankings, she will undoubtedly be vital if the team want to impress in the inaugural edition of The Hundred.

That ranking as an all-rounder is propped up by her bowling where she ranks sixth (compared to 37th on batting rankings) but don’t underestimate her ability with the bat either. At the 2020 Women’s T20 World Cup, 62% of her runs came from singles, the highest rate of anyone to score 100+ runs in the tournament, whilst her dot ball rate of 28% was the lowest of anyone to face 100+ balls.

She may not be the fastest scorer, but she can be crucial in holding an innings together, anchoring things whilst a teammate tees off with confidence at the other end. No one knows for sure what the best tactics will be in this newest of formats but keeping the scoreboard ticking over and using all 100 deliveries will be fundamental.

At only 23 years old Sharma is a thrilling prospect, both for India and any franchise that is lucky enough to secure her services in tournament cricket. At London Spirit she will potentially be competing with Deandra Dottin for an all-rounder spot, although making space for both these superstars could be the wisest option.

South Africa’s Lizelle Lee is no stranger to franchise cricket having represented Western Storm and Surrey Stars in the Kia Super League as well as both Melbourne franchises (Stars and Renegades) in the Women’s Big Bash.

A glittering career has seen some standout innings, none more so than when she scored 104 from 58 balls to guide Surrey Stars to victory over Loughborough Lightning in the 2018 Kia Super League final. Lee is also one of just three overseas players to score a century in the Women’s Big Bash League (also Sophie Devine and Suzie Bates), in fact smashing two tons in the competition, one in 2018 and one in 2019.

Speed of scoring is sure to be a critical factor in success in this new format and that is one of the foundations of Lee’s game. At the 2020 Women’s T20 World Cup, 79% of her runs came from boundaries, the highest rate of anyone to score more than 20 runs, whilst only Verma (3.8) faced fewer balls per boundary struck in the competition than Lee (3.9).

Winning the World Cup is the pinnacle of any player’s career, regardless of the sport. Nat Sciver ticked off that goal four years ago when she helped England win the Women’s Cricket World Cup in 2017. In the final of that tournament at Lord’s she top-scored for her team with an unbeaten 51 as well as bowling an economical five overs for just 26 runs, assisting a run out and taking two catches.

Having been a stalwart of the England side in all formats since 2013, Sciver has also crafted a memorable career in franchise cricket, representing Surrey Stars, Melbourne Stars, Perth Scorchers, Northern Diamonds and the Supernovas. This global experience sets herself up perfectly for The Hundred and as captain of the Rockets she will want to lead from the front.

Currently ranked as the #1 all-rounder in T20I cricket Sciver will have a lot of pressure on her shoulders, but it’s not a situation that will daunt her. Any player that can get a shot named after her (the “Natmeg”) is the perfect fit for an innovative tournament that demands a new approach and creative thinking at the crease to keep the scoreboard rattling along.

At the 2020 Women’s T20 World Cup, Sciver was England’s top run scorer (201). Pair this with her economical bowling threat and she is undoubtedly going to be a match winner for the Nottingham-based franchise.

We also profiled five men’s players to look out for in The Hundred.