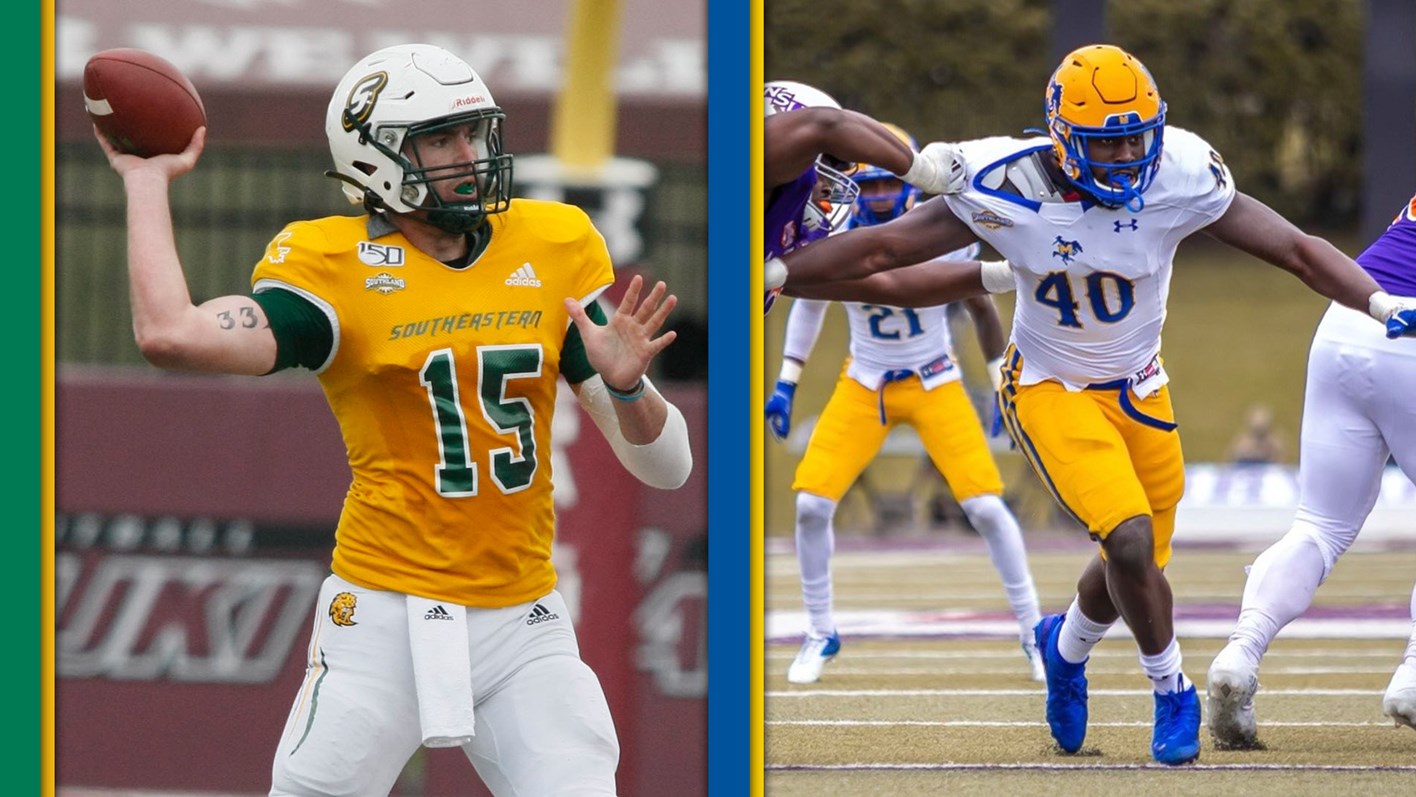 Hey, Southland Conference, it may be time for some … defense?

In an FCS league that is known for explosive offenses, excellence on the “other” side of the ball, or at least improvement, should go a long way in determining a potentially wide-open title race this fall.

Southeastern Louisiana is considered the favorite, having edged Nicholls for the top spot in the conference’s preseason poll during Southland media day on Thursday.

That factor alone gives defensive coordinators an extra wink or two of sleep, but even with the substantial losses, the Southland is returning a plethora of standout offensive talents, led by quarterbacks Cole Kelley of Southeastern Louisiana and Cameron Ward of UIW – the Walter Payton (FCS offensive player of the year) and Jerry Rice (FCS freshman) award recipients, respectively, during the recent spring season – big-play running backs Kevin Brown of UIW, Julien Gums of Nicholls and Scooter Adams of Northwestern State, and wide receiver Dai’Jean Dixon and left tackle P.J. Burkhalter of Nicholls.

“We played some shootouts this year, the ball’s up and down the field,” Southeastern coach Frank Scelfo said, “but the guys that take advantage of their situation, I think are the ones have been successful.

While the Southland left everybody breathless during a 2020 season that spanned last fall and this past spring, it led FCS conferences in passing yards, total yards and points per game. In fact, during the Southland’s Division I era – since 1976, with a move to the FCS in 1982 – the 274.6 passing yards per game (over both conference and nonconference) were a conference record, the 424.5 yards per game ranked second, and the 31.8 points per game, 5.94 yards per play and 60.3 completion percentage were third.

Adding to the concern of the defenses, the Southland’s top-five finishers in average total offense and four of the top five in scoring offense are from schools that remain in the conference.

The defenses, though, hope to strike back with havoc. Among the key returnees are McNeese defensive end Isaiah Chambers, the Southland’s spring defensive player of the year, defensive backs Ferlando Jordan of Southeastern Louisiana and Kevin Moore III of Nicholls, and linebackers Jomard Valsin of Northwestern State and Kelechi Anayalebechi of UIW.

“I think that this has the chance to be one of the most exceptional years in the history of the conference,” Houston Baptist coach Vic Shealy said, “because of how competitive it’s going to be.”

As the Southland continues to seek new regional membership, commissioner Tom Burnett said football is a priority, adding that he hopes the conference, which has eight overall members, will have a better idea about potential expansion by early fall.

This fall, Southland teams will play three of their five conference opponents in home-and-home series to reach an eight-game conference schedule.

“It’s something unique,” McNeese coach Frank Wilson said. “We’re prepared to adapt to it and something we look forward to. It’s difficult to beat a team twice, so you just want to be steady and consistent as possible, but you will probably have to be unique in game planning and schemes because that (other) team knows you just that much better.”

They certainly know a lot about the explosive offenses.