Offenses Seek to Strike Back in Patriot League | The Analyst 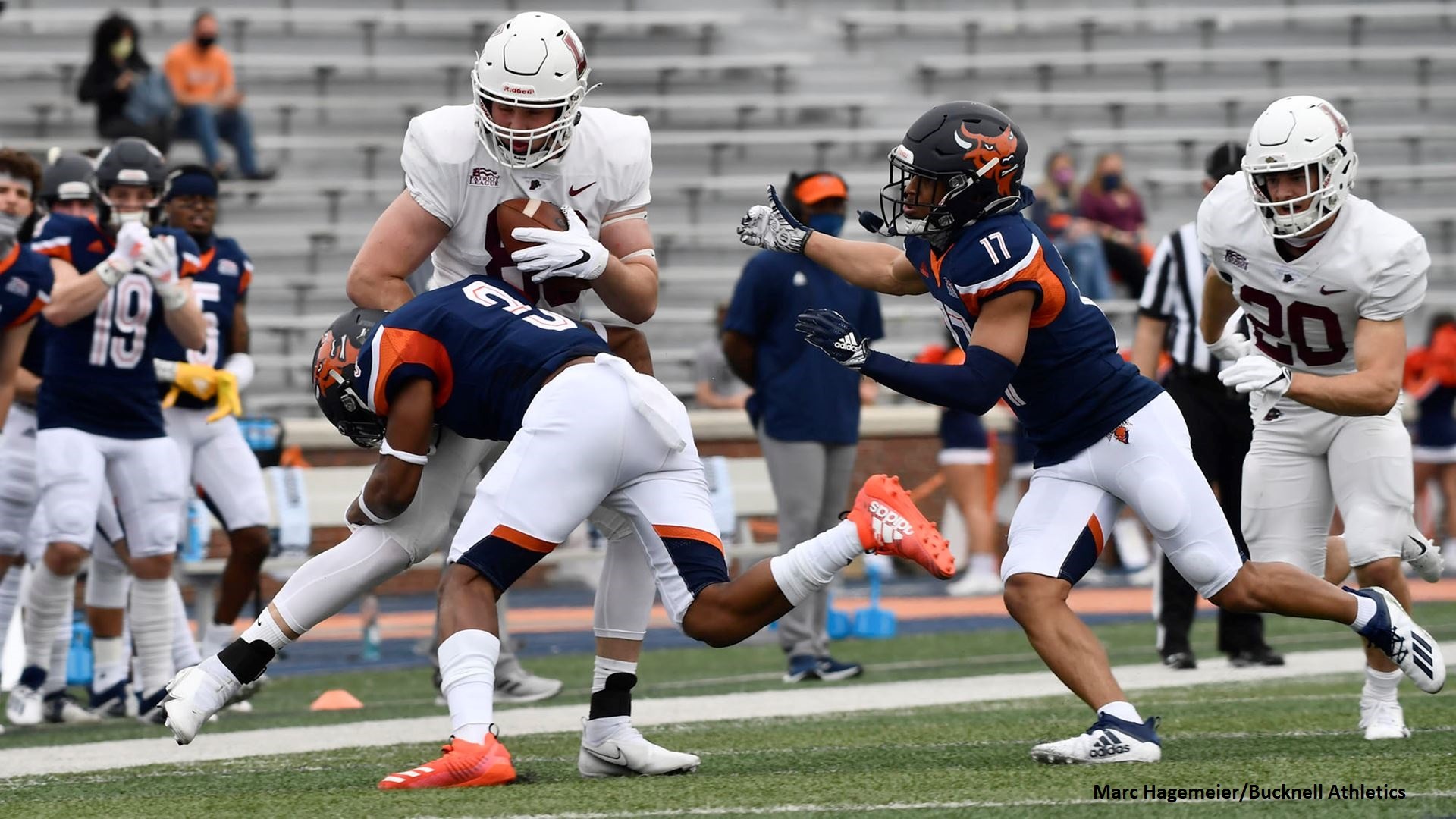 Offenses Seek to Strike Back in Patriot League

Retro may be in, but in an age of offensive firepower, the Patriot League is taking low-scoring, grind-it-out football games to an extreme.

While the recent spring season provided only a small sample size, Patriot teams combined for the fewest points-per-game average in the FCS for the fourth straight season.

That was despite Fordham having a fairly explosive offense, led by quarterback Tim DeMorat. The league’s reigning offensive player of the year has also added the fall preseason honor to his resume.

“You’ve got to score to win,” Fordham coach Joe Conlin said on Wednesday during a virtual Patriot preseason media day. His Rams were picked second in the league’s preseason poll behind Holy Cross, the two-time defending champion.

It wasn’t long ago that players such as Holy Cross quarterback Peter Pujals, Fordham running back Chase Edmonds and Lehigh wide receiver Troy Pelletier were tearing through Patriot League defenses. In 2016, the teams averaged 27.1 points per game, which was seventh-best among FCS conferences.

“I’ve been a part of this Patriot League for many, many years – it’s cyclical,” Bucknell coach Dave Cecchini said. “There have been some outstanding defenses and certainly there’s no doubt that as a whole top to bottom I think this has been more of a defensive league recently. But I’ve seen plenty of years where some of the top offenses in the nation have come out of this conference.”

Defenses in the league – “really sound, really well-coached,” Conlin said – tend to pick and choose spots to be aggressive, often playing with discipline and speed to the ball to make the offenses earn first downs.

This fall, though, most offenses are returning experienced players, from Fordham’s host of skills position standouts to long-time Colgate quarterback Grant Breneman, who has made 31 straight starts.

“I’ve been saying this for the last three years, it’s a very balanced conference,” Georgetown coach Rob Sgarlata said. “I’m never surprised on a Saturday afternoon when I pull the scores up and see the battles that are going on.”