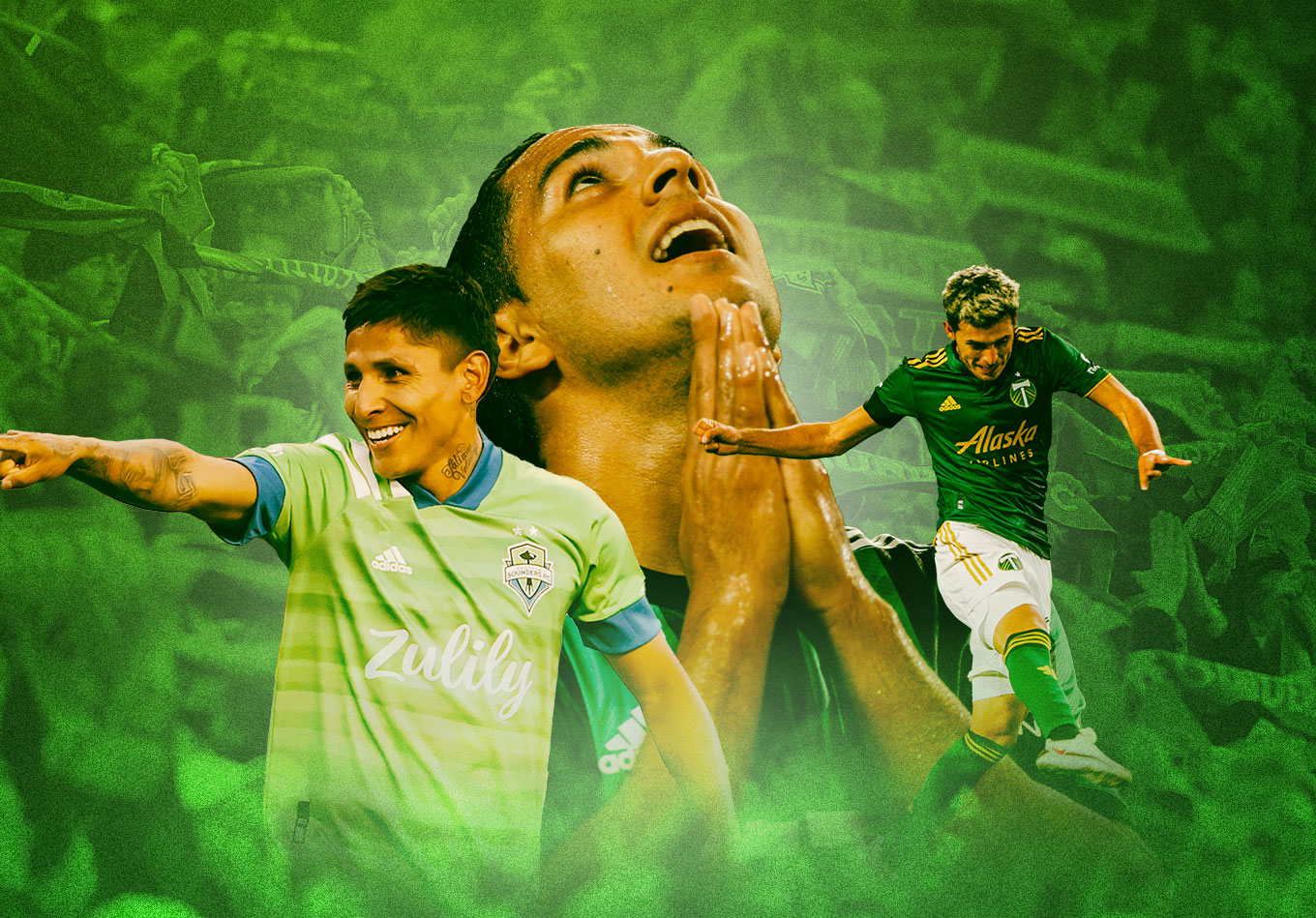 Last week, we took a look at the Eastern Conference of MLS and gave a brief summary of what we’ve seen so far. This week, it’s the Western Conference’s turn. Who’s been great, who’s baffled us, and who’s at the bottom. Let’s dive in.

Here’s a look at the West standings including expected goals and expected assists:

Normally known for their slow starts followed by late-season surges, the Seattle Sounders are not waiting around this year. The team at the top has the best goal differential, the best goals against tally, and the second most goals scored in the conference so far. They have the league’s top goal scorer, Raul Ruidiaz, and he’s got the xG to match it so these seem to be sustainable numbers.

He leads all of MLS in shot attempts (58) with an impressive 41% of those ending on target. Truly, one of the best goal poachers this league has ever seen is off to a good start.

However, Seattle will be most proud of their efforts on the defensive end. They’ve changed their formation to a back three and it has worked wonders. After 16 games, their 0.75 goals against per game is the best in the league. They have the most clean sheets in the West with seven. They’ve conceded a league-low eight goals inside the box, meaning that 33% of opponents’ goals have come from outside the penalty area. That’s the highest percentage in the conference. Instead of a passive defensive style, the extra defender behind has allowed Seattle to be extremely aggressive. They lead the league in interceptions (226) and lead the West in tackles won (175) and duel success (52.4%). Yeimar is the league leader with 48 interceptions and has 13 more than anyone else.

Having handed Seattle their first loss at home of the season, Sporting Kansas City will have something to say about being the best team in the West. At the most basic level, they’ve scored three more goals than Seattle and played one less game. That success comes from passing the ball extremely well. Their 6,491 successful passes and impressive 85.5% accuracy are both the best in the league, and it results in the third-highest average sequence time in the league (10.8 seconds) behind Austin FC and Atlanta United (both 11.3). Two of SKC’s players are in the top five of successful passes across the league: Andreu Fontas (1,060) and Ilie Sanchez (818). But it’s not just passing for passing’s sake either. Sporting have attempted more shots than anyone (243) and have the most shots on goal in the conference (85). As a result, they lead the league with a 29.5 xG with no signs of stopping. They’ve won four of their last five games and host FC Dallas next – who have yet to do anything but lose when playing away from home.

The Galaxy are a vastly improved team under Greg Vanney. While that’s no surprise, the degree by which they’ve improved has been rather astounding. They’ve already won more games than the whole of last season. LA have evolved from the least accurate passers (79%) to the second best in the West in 2021 (84.3%). Having better ball retention can of course help the defensive side of things: LA have dropped from 2.09 goals against per game to 1.73 this year. However, far more important is unlocking their star man, Chicharito. Better build ups mean more touches up top for the forward. He’s gone from 3.17 touches in the opponent’s box last season to 4.90. For a finisher who only needs one touch to score, an increase of almost two touches per game is absolutely significant and impressive. He looks much more comfortable with 10 goals in 10 games compared to last year’s two in 12.

A team surprising us in the opposite direction is the Portland Timbers. The club that tied for first in points in the West last season is currently below the playoff line. While they averaged two goals a game last year, this year it’s down to 0.95. Injuries have played a huge part in this season so far. Sebastian Blanco, one of Portland’s best attackers, has been recovering from ACL and thigh injuries and has only been able to appear as a substitute in five games. Several other shorter-term injuries plus players’ international duties have popped up, requiring coach Gio Savarese to change up his squad for seemingly every game. Over the last five games, he’s used three different formations, with several different combinations of starters for each. It’s one thing to not have continuity and an identity when playing in front of the Timbers’ faithful. It’s another entirely when playing away from home, where teams need to fall back on what they do best. Portland don’t have anything like that to hold onto right now, and their abysmal five losses in seven away games shows it.

Now, that’s not necessarily a bad thing, but it does mean they’re playing a direct style. Last season, they were seventh fastest at 1.72 meters per second, so it seems there was a bit more variety going forward. When they struggled to make the playoffs in 2019, that number was 2.04.

The Bad: Vancouver and Austin

The Vancouver Whitecaps have had a tough go of it so far. They have the worst goal differential in the conference and are tied with San Jose with the most goals conceded. Vancouver has a nasty habit of conceding these goals late while holding leads as well. On four separate occasions they went from winning to drawing, dropping eight points from winning positions; that’s more than the three games they’ve won. They don’t create very much for each other either. Their 8.7 xA is the worst in the conference. The team’s assist leader, Cristian Gutierrez, has only three, which doesn’t crack the top 20 across the league. Only two other players on the squad have more than one assist. It’s not happening on either end of the field for the Whitecaps.

Finally, we must discuss the team with the fewest goals per game across the league (0.71), Austin FC. Surprisingly, the team has only given up 15 goals so far, which is actually the second fewest in the West. Still, it’s hard to win games when you don’t score. While SKC possess and work the ball into dangerous positions, Austin possess for the sake of possessing. As mentioned above, they lead MLS in sequence duration (11.3 seconds per sequence). But Austin have only created 16.2 xG, putting them at the bottom of the conference. There are some promising passing statistics: their accuracy in general is top two in the West and top four on passes ending in the final third, but therein lies the problem. Austin are bottom three in the conference at attempting passes into the final third with 734, 72 attempts below the league average of 806. Austin will need to take more risks in the passing game if they want to create more goals. Another issue is, once they do decide to shoot, Austin are in the bottom three of shooting percentage. For shots that aren’t blocked, only 40% are finding the frame. Better shooting, more attempts to break into the final third, and a little more attention to the final pass, perhaps Austin could climb the table. Until then, they’re at the bottom looking up.