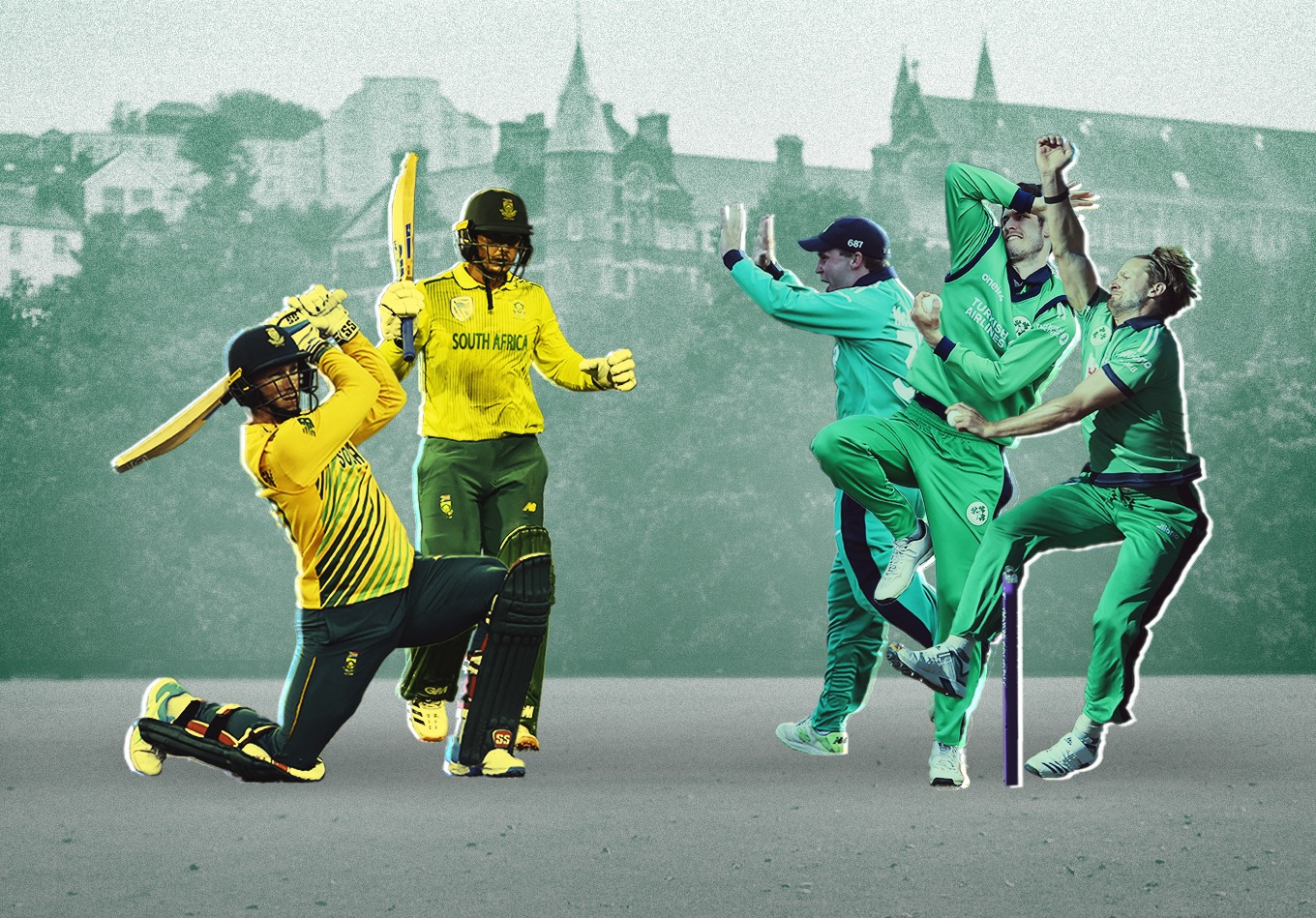 Inside the Mind of Cricket Ireland’s Chief Bowling Coach

We’re joined by Stuart Barnes, Assistant Head Coach & National Bowling Lead for The Cricket Ireland Senior Men’s team. Stuart has over twenty years of professional coaching experience and has with some of the best cricketers in the world. From Tom and Sam Curran to Craig Overton, Stuart Broad to Chris Woakes and Jade Dernbach, Barnes’ career has seen him work with teams such as Surrey, Gloucestershire, England, and Bangladesh.

Who better then, to give us an insight into the role that data plays in preparing a bowling unit for a crunch series?

“Ahead of any tour, we as a bowling unit ask ourselves the same fundamental question each time:

‘How can we, with the skill sets in our bowling group, put pressure on the opponents’ batters, create chances and take wickets within the first 20 balls of each batter’s innings?’

It is no different now as we prepare to face South Africa.

The 20-ball figure is crucial. From my days at working for Surrey, it was a marker that all the best teams in the Championship strived for.  The best teams take more wickets within the first 20 balls of a batter’s innings. When you think about it makes total sense. I have continued to use that as a marker.”

Barnes is very much onto something with that 20-ball figure.

Ireland’s ability to strike against their opposition batsman before they have managed to find their footing has been critical in their successes in recent history. Looking at recent T20Is for a moment, the team have impressed with the ball in hand, dismissing 42 of the 75 batsmen they have faced in their last 10 matches in the format within the first 20 balls that they have bowled against them. Four of the last five times that Ireland have managed to dismiss more than half of their opposition batsmen within their first 20 deliveries against them they have gone on to win on the day, though they were unsuccessful against Afghanistan when they last did so.

Even without overt dominance with the ball, Ireland have managed to keep the pressure on any incoming batsmen. They have skittled at least one third of opposition batsmen within their first 20 balls against each one in eight of their last 10 men’s T20Is, and as a result they have won (four) as many games as they have lost in that term (four).

“With that question firmly in mind, Cricket Ireland’s Performance Analyst, Scott Irvine, then gets to work. It’s his job to gather and filter the data and information from our various data sources. I’ve been fortunate to work with some outstanding Performance Analysts and Scott is another.

He leads a team of two analysts who cover all International and Domestic cricket. Scott plays cricket himself so understands a ‘coach’s language’ and interprets the game in an accurate way which makes a huge difference in the way he collects data.  Before his team go and source the data needed for analysis, we first sit down together and discuss the brief. This is usually centred around a number of key questions, including, but not limited to:

• How do the opponent batters play on similar pitches in other parts of the world to the ones we will play them on in Ireland?

• What length do our bowlers need to bowl to take wickets, particularly in the powerplays?

• What is each batters weakness? Is it against seam or spin? What lengths should we bowl to each player?

• Which of our bowlers have the skills to execute the above? What are the best match ups for us?

• If we are able to execute our plan well, where are the fielding ‘hot spots’ and where do we need our best fielders?

• How have our bowlers generally been going over the last month?

It is then his team’s primary job to gather and filter the data and information from our various data sources. Once he has gathered the information, we then catch up to discuss his findings and start piecing together a plan. In essence, we’re trying to capture the numbers behind the screen.”

Rassie van der Dussen has an impressive batting average of 80.9 for South Africa in ODI cricket and has scored 50+ in each of his last two ODI innings coming into this series. Where Ireland could bring him undone is via the medium pacers of Curtis Campher or Graeme McCarter. Rassie van der Dussen has played a false shot on 25% of the deliveries he has faced from medium seam bowling in ODIs since the beginning of 2018, his highest against any bowling type in that time.

“With all the information now at our disposal it’s really important that we deliver our thoughts to the bowlers in its simplest form. Scott and I lead on bowling group meetings where we discuss what we have found and how we believe our bowlers can seize any opportunities. We aim to leave the group with some basic individual and group plans. This usually boils down to two action points:

“Simplicity is Genius” is something I live by when putting together our presentations or discussions. With so much information we can access, it’s important we distil everything down so the players just know what ball to bowl, why and when.

In a practical sense, this sees Scott puts together a visual for all opposition players which is sent to our squad via WhatsApp and in a presentation format. It’s very visual which is great and normally creates some discussion.

I encourage players to ask Scott questions that are specific to them. I want players to have the information they want as opposed to just information we believe they need. We are all different and see, hear and feel things in different ways. It’s important to feel that it’s the players presentation as much as possible.

As always it all comes down to how we as a bowling group are able to execute our plans and whether I’ve been able to present a clear and simple plan to each of the bowlers. It’s important that they go onto the field with absolute belief and confidence and that I’m not asking them to come away from what is their strength.

All bowlers have a couple of deliveries they are good at delivering and, to a large degree, asking any bowler to deliver something outside of their strength changes the probability of what ‘might’ happen into something that becomes a risk and increases the chance of ‘losing’ that ball and the opposition winning it. Lose more balls than you win, and you increase your chance of losing the game.

I have grown to enjoy what analytics can give us when piecing together possible plans to give us any possible advantage.

The South African team possess a lot of talent and power. It will be an immense challenge for us but one we are relishing.