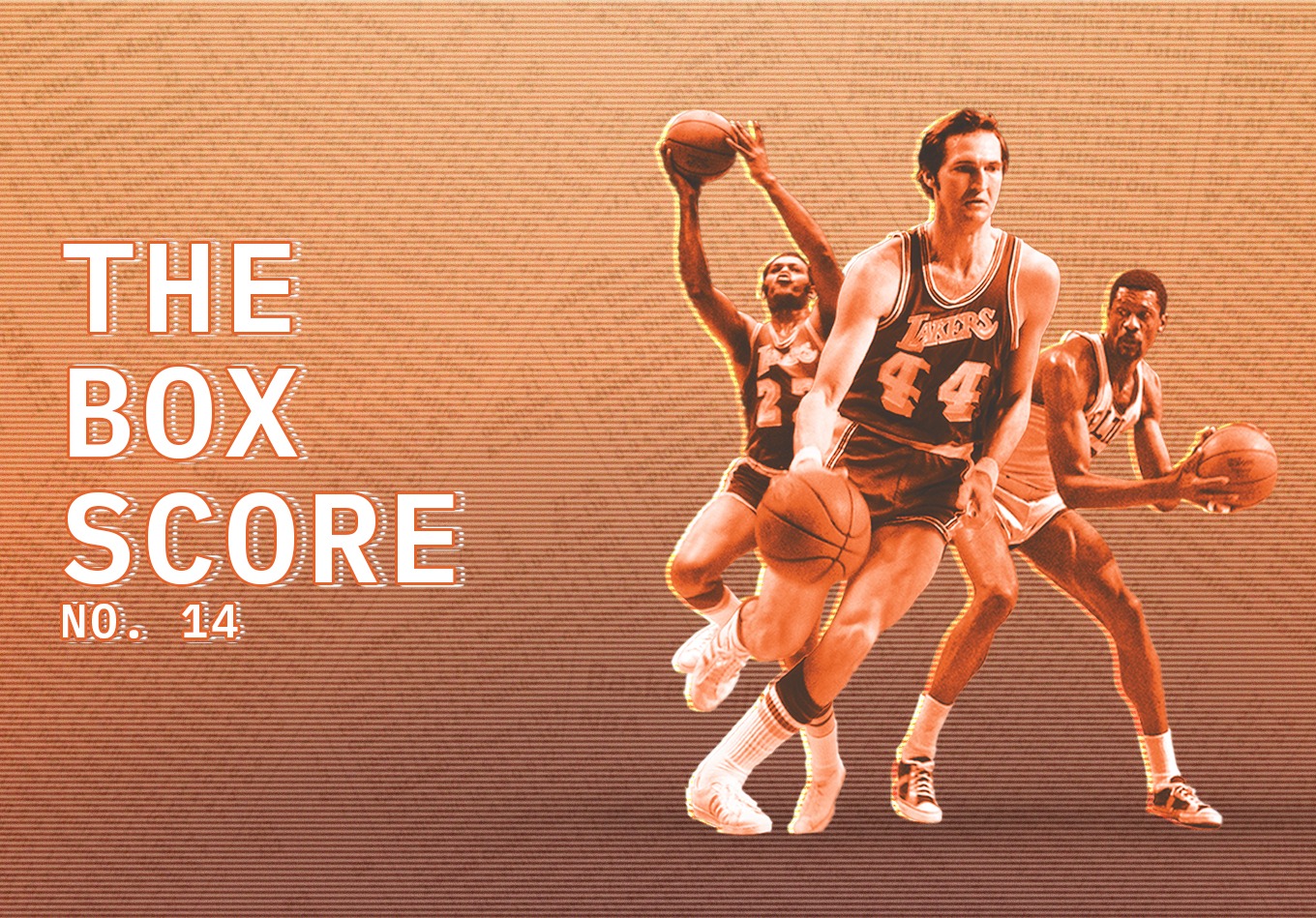 Game 7 of the 1962 NBA Finals: When Monsters on the Boards Roamed the Earth

Over the last 30 years, there have only been 14 separate instances when a player pulled down at least 30 boards. That number drops down to four separate instances if you look only at the last 25 years. It would appear the art of rebounding has seen fewer masters of the craft as time has marched on. There are two ways to look at this:

The names Chamberlain and Russell often go hand-in-hand because of their jaw-dropping stats. Bill Russell’s 11 championship rings or Wilt’s 100-point game in 1962. But it was another less-known, but debatably more impactful game in 1962 where Russell put on a show that is still a record-holding one to this day.

The date was April 18, 1962, and the two most storied franchises in NBA history were facing off in Game 7 of the NBA Finals: the Boston Celtics and the Los Angeles Lakers. By this time, the Celtics had established themselves as a dynasty by any definition of the word, and they were really only getting started. The 1962 Finals marked the sixth consecutive year the Celtics were in the Finals (they ended up playing in 10 straight Finals) and they were looking to win their fifth championship in those six years.

Boston hosted Games 1 and 2, which the Lakers surprisingly managed to split. After splitting Games 3 and 4 in Los Angeles, the series was tied 2-2. LA took Game 5 in Boston and the Celtics returned the favor by taking Game 6 in LA. So, as is often the case with legendary teams in legendary series, the championship would be decided by a Game 7.

The Celtics of that era were unlike any team before or since. Eight of the 10 Celtics players that saw court time in that Game 7 are in the Hall of Fame: Bill Russell, Bob Cousy, Sam Jones, Frank Ramsey, Tom Sanders, Tom Heinsohn, K.C. Jones, and Carl Braun. Imagine having a starting five made up of Hall of Famers with three more HOFers coming off the bench? That sentence grammatically should not end in a question mark, but it feels like it has to.

But the Lakers they were battling in a gritty seven-game series were no slouches either. “The Logo” himself, Jerry West, laced them up alongside “Mr. Inside,” Elgin Baylor. And those fellas had been creating their own Finals heroics. In Game 3, West stole an inbound pass and drove for the game-winning layup as time expired. In Game 5, Baylor scored a still-standing Finals’ record of 61 points. So, needless to say, the stage was set for an epic Game 7 to decide the 1962 champions. It delivered on the hype.

Four quarters wasn’t enough to declare a winner, so the evenly matched teams went into overtime. Russell played all 53 minutes (48 in regulation and five in overtime). The only other player on the court that night to play every minute was West. In fact, Russell played all but five minutes across the entire Celtics’ 1962 playoff run. The five minutes he did sit were spread across two games the Celtics won by a combined 42 points.

In the end, it was the seemingly unbeatable Celtics that came out on top in a 110-107 overtime victory. Hearing “Game 7 overtime” is enough to get most sports fans’ hearts racing, but when you read the stat line Russell had you’re going to do a double-take. Mr. Russell put up 30 points and grabbed … wait for it … 40 rebounds. Yes, you read that right. The legend had 30 points and 40 rebounds in a winner-takes-all, overtime, Game 7 with the title on the line.

Through the first six games of the series, Russell was averaging 21.7 points and 24.8 rebounds. In the closeout game, he scored eight points above his Finals average and had 15 rebounds above his series average. Russell’s 40 rebounds is an NBA Finals record, and his 19 boards in the fourth quarter are still the record for boards in a single quarter in any game – regular-season or playoffs.

The entire Celtics team had 82 rebounds in the game, meaning Russell accounted for 48.8% of his teams’ total. Comparatively, Baylor led his Lakers in rebounds that game with another amazing performance, nabbing 22 boards. The Lakers had 65 as a team, so Baylor accounted for 33.9% of his team’s rebounds.

Russell’s 40 rebounds, while absolutely staggering, isn’t as shocking when you look at his entire body of work and the nature of the game. There have been 105 performances in NBA history with 35 or more rebounds. Chamberlain owns 53 of them, Russell has 35, and all other players have combined for 17. A similar stat can be said for 40-plus rebound games. There have been 28 of those all time. Chamberlain had 15, Russell had 11, and there were only ever two other 40-plus rebound games, and Nate Thurmond and Jerry Lucas have one each.

Another clutch aspect of Russell’s Game 7 performance was his free-throw shooting. Russell had a career free-throw percentage of 56.1%, and for the 1961-62 regular season he made 59.5% of his free throws. But as is required by legends, Mr. Russell showed up when it mattered most. In Game 7, he made 14 of 17 from the line. That’s a 26.3% increase over his career average. His 14 made free throws in Game 7 were the most he made in a game all season. In fact, his 14 makes from the stripe tied his career high for made free throws in a game. It was also a feat he only repeated two other times in his 1,128 combined regular-season and playoff games. It ended up being a three-point game, so he certainly picked a good night to match his career high.

With the Game 7 win in the 1962 NBA Finals, the Celtics earned their fourth consecutive championship (they’d end up winning eight in a row) and their fifth title in six years. During the stretch from 1957-69, the C’s played in 12 of the 13 NBA Finals, winning 11. Granted, there were significantly fewer teams in the league at the time. In 1957, there were eight total teams in the NBA, and by 1969 there were 14. It made for some astounding career numbers: Russell has the most rebounds in NBA Finals history with 1,718 – nearly double the next closest total of Wilt Chamberlain’s 862 and nearly triple the amount of Elgin Baylor’s third-place total of 593.

There are two ways to conclude this. The first is sentimental: Hall of Famers stitch together great numbers throughout their careers, but true legends also show up on the biggest nights, in the biggest stages, and will their teams to victory. And perhaps that’s just what Russell did on April 18, 1962 on his hallowed home court of the Boston Garden in a championship-clinching performance for the ages.

That was the state of the NBA. There were rebounding opportunities aplenty. And Russell grabbed them. 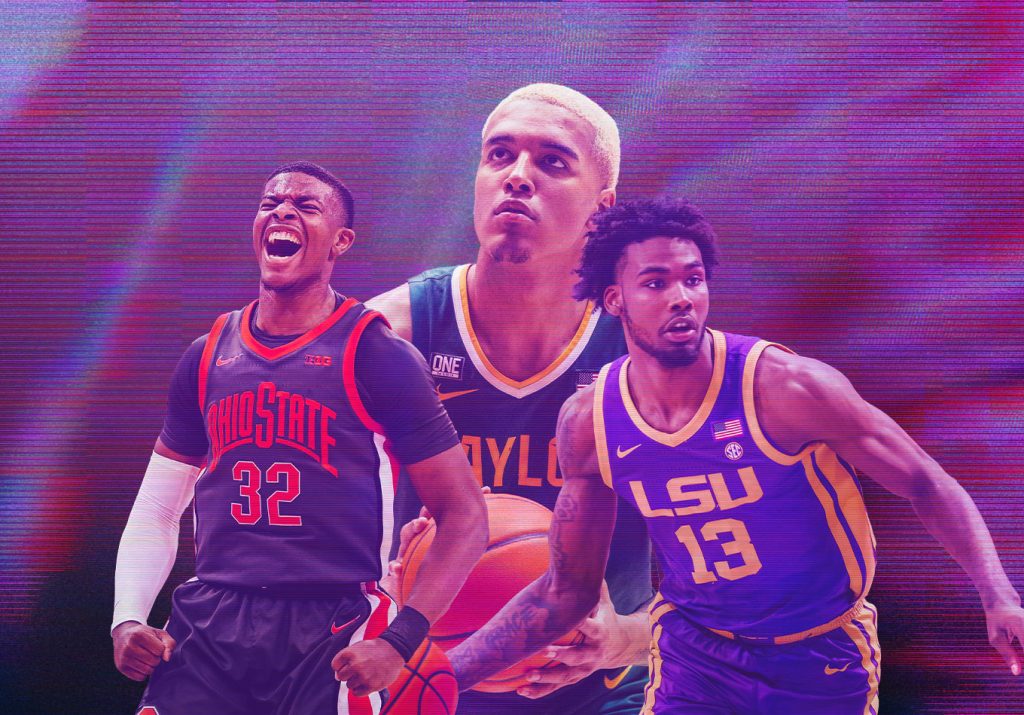