5 Key Differences Between International and Club Football | The Analyst 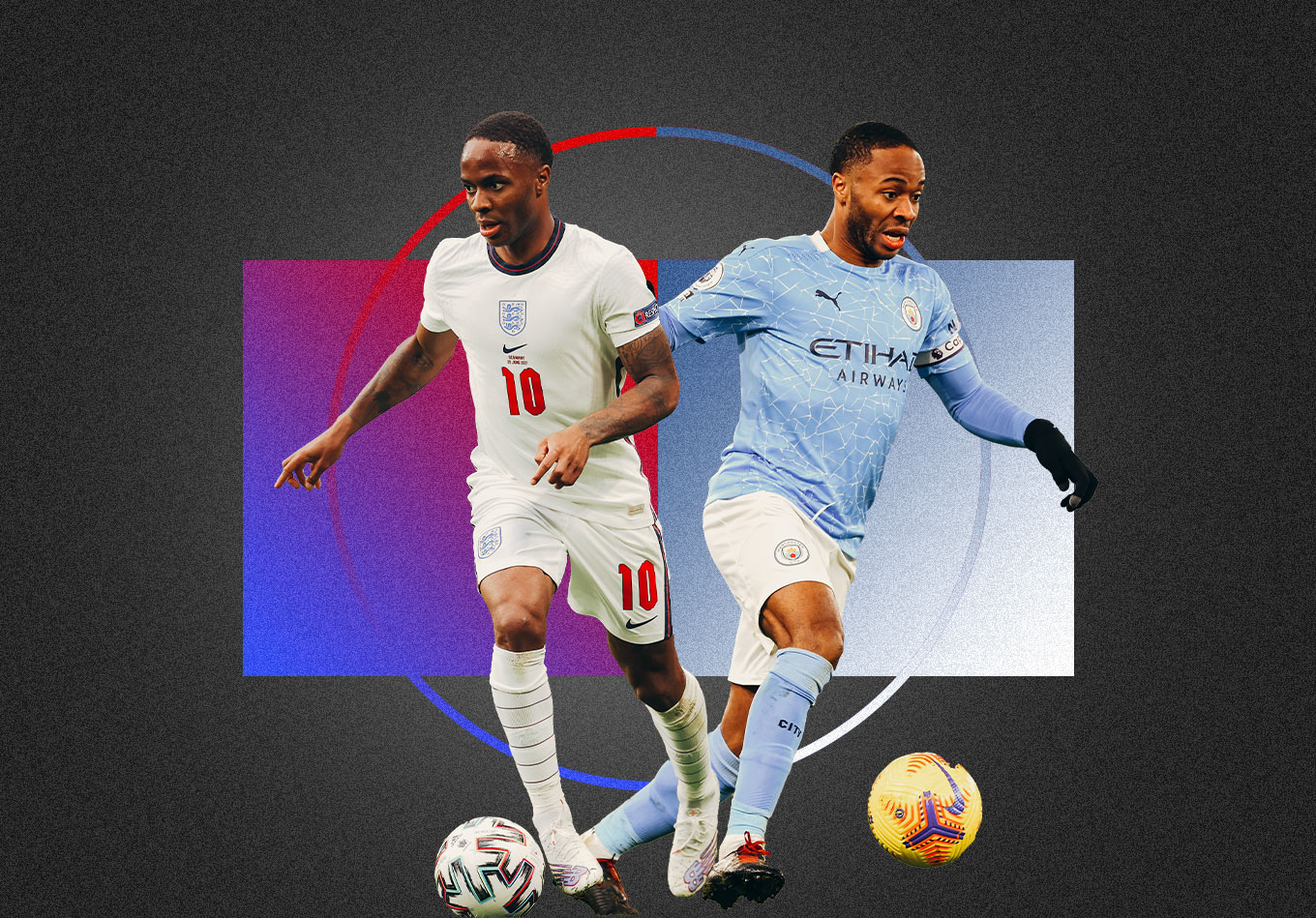 As the dust settles on Euro 2020 and the chants of “football’s coming home” feel like a distant memory, we now find ourselves in the middle of a one-month period of limbo where we’re being treated to (or cursed with) a rare absence of football. It’s left football fans turning their attention towards the new season.

With pre-season kicking off, it is an exciting time for teams debuting their new signings and giving minutes to their players who stayed at home this summer. Arsenal started with a 2-1 loss against Hibernian with the help of a goalkeeper error. José Mourinho’s first game as Roma boss saw him win 10-0. Some things don’t change. Some things do.

We often hear the clichés of how international football isn’t as quick or how Paul Pogba a player doesn’t perform as well for their club as they do for their national team. But what really are the differences between international and club football?

While football didn’t come home this summer, the Euro 2020 and Copa America 2021 players will. Some will be happier than others but all of them will be swapping their national kits for their club kits.

Players from the top five European leagues last season played 71% of the minutes at Euro 2020 and 42% of the minutes at Copa America 2021 this summer (a combined total of 61% of minutes played). So, when the 2021-22 season kicks off, what differences will these players be facing?

We will compare team performance data over the following windows:

International teams are only able to select players who are eligible to play for them by nationality. While dual nationality offers a rare choice for players to choose which national team to represent at senior level (e.g., Aymeric Laporte), the pool of players typically remains fixed. This leads to huge geographical advantages. Russia has a population of over 145 million people compared to North Macedonia’s two million, with both teams featuring at Euro 2020.

Club teams face a different restriction in economic terms. While a player may play for nearly any team in the world, the same open market of choice means a team’s success and finances – and the two are inextricably linked – become the key factors to influence transfers.

These high-level differences are fairly intuitive for a casual sport fan. So, let’s dive a bit deeper.

One of the most fundamental differences between international football and club football is the number of games they play. Liverpool and Spain midfielder, Thiago Alcântara, spoke about this before Euro 2020 to The Independent and said, “With your club, you have more days to train, more days together, more days to learn away from the pitch with the coaches, the teammates.”

Thiago is right. The average club side over the last five seasons played four times as many games (44.3 games per season) as the international teams (11.2 games per season). This is multiplied even more in terms of training and preparation time.

With international games spread out over the calendar year, consistent team selection becomes another issue. International teams don’t need to wait until the transfer windows to change their squads, nor do they have to depend on out of form or injured players.

This often leads to significant squad rotation between games. Gareth Southgate has made at least one change to the England starting XI for 37 consecutive matches, making a total of 200 changes in that time. The last time he kept the same starting line-up was in the 2018 World Cup semi-final.

Over the five seasons we’ve analysed, the average club team used 57 different players while international teams used nearly 55. These are remarkably similar numbers given that there were more than three times as many club games over our sample.

Putting this into context, over a 38-game window during this period (the typical length of a domestic league season), club teams used an average of 16 unique players while international teams used 56.

Given the lack of squad consistency and training time, the challenge for an international team to establish a stable game plan becomes greater. International teams are often accused of playing more patient and safe football. You can see in the graphic below how this plays out in their sequences:

Evidencing the accusations above, international teams over the last five seasons do play more passes per sequence on average (3.9) than clubs (3.3).

The predictable consequence of this is that they are also slower to progress the ball towards goal. The direct speed of international teams is 1.45 metres per second while it is 1.64 metres per second for clubs.

International teams average 12.5 sequences of 10 or more passes during a game, nearly four more than clubs (8.6). They are also more proficient at converting these into opportunities. 21% of these 10+ pass sequences by international teams ended with a touch in the opposition box or a shot (known as ‘build-up attacks’). Club teams had less success with 19%.

These may not seem like big differences, but they result in an extra shot per game from these types of sequences. As a result, international teams average 2.6 build-up attacks per game. For context, in the Premier League last season, the only teams that averaged more build-up attacks than this were the ‘big six’ teams.

Unfortunately for young players aspiring to represent their countries, the numbers aren’t so encouraging. International teams have the luxury of relying on players in the prime of their careers.

The average age of an international player over the last five seasons was 27.5 years old (adjusted for the proportion of minutes they played). While this doesn’t seem significantly higher than the average age of club players (27.0 years old), the key differences are in the distribution of these minutes.

Club teams gave nearly twice as many minutes to players under the age of 21 (5.8%) as international teams did (3.0%). This is without even taking into account cup competitions.

Their willingness to give opportunities to young players is in stark contrast to some of the international squads. Ten of the 34 teams at Euro 2020 and Copa America 2021 didn’t give a single minute to players under the age of 21. Kylian Mbappé (22 years old) was the youngest player that Euro 2020 favourites, France, took to the tournament this summer.

International teams instead turn to experience. Over a quarter of minutes played by international teams (26.7%) were given to players over the age of 30. The veteran Italian centre-back partnership, Giorgio Chiellini (36) and Leonardo Bonucci (34), who lifted the Euro 2020 trophy this summer are testament to this.

Similarly, within the so-called ‘peak’ football age bracket of 24-29 years old, 45.8% of the players featuring at international level fell into this category compared to 43.7% at club level.

With the luxury of analysing thousands of games from Stats Perform’s historical Opta data, the biases of comparing small samples of games over individual tournaments disappear. Having looked at the stylistic differences between international and club teams, let’s look at how this affects the core numbers during football matches.

Let’s start with the most important metric. Goals. More goals are scored by the international teams in our sample (1.73 goals per game) than the club teams (1.39 goals per game). This attacking output is echoed in the raw shots too.

In an inherently low-scoring sport, goals don’t always tell us the full story. In fact, the expected goals figures across this sample suggest that the quality of the shooting opportunities for club teams are actually higher in their games, both at the game aggregate (xG per game) and the average quality of their shots (xG per shot). What this does imply though, is that international teams were far more efficient with their goalscoring opportunities. Although the performances of Spanish forward, Álvaro Morata, may dispute this.

Much to the delight of the commentator cliché “you can’t make mistakes like that at this level”, players make fewer costly mistakes at international level but are punished more often.

While club teams make an error that leads to a shot once in every four games, international teams do so almost every seven games. It proves more costly at international level though, with 44% of these mistakes leading to shots converted into goals, compared to 38% in club football.

Squads are more consistent at club level, younger players get more minutes, and the pace of the game is quicker. With all these differences, you would expect the output of games to be vastly different. The evidence in the box scores says otherwise. Maybe international and club football really aren’t so different after all?