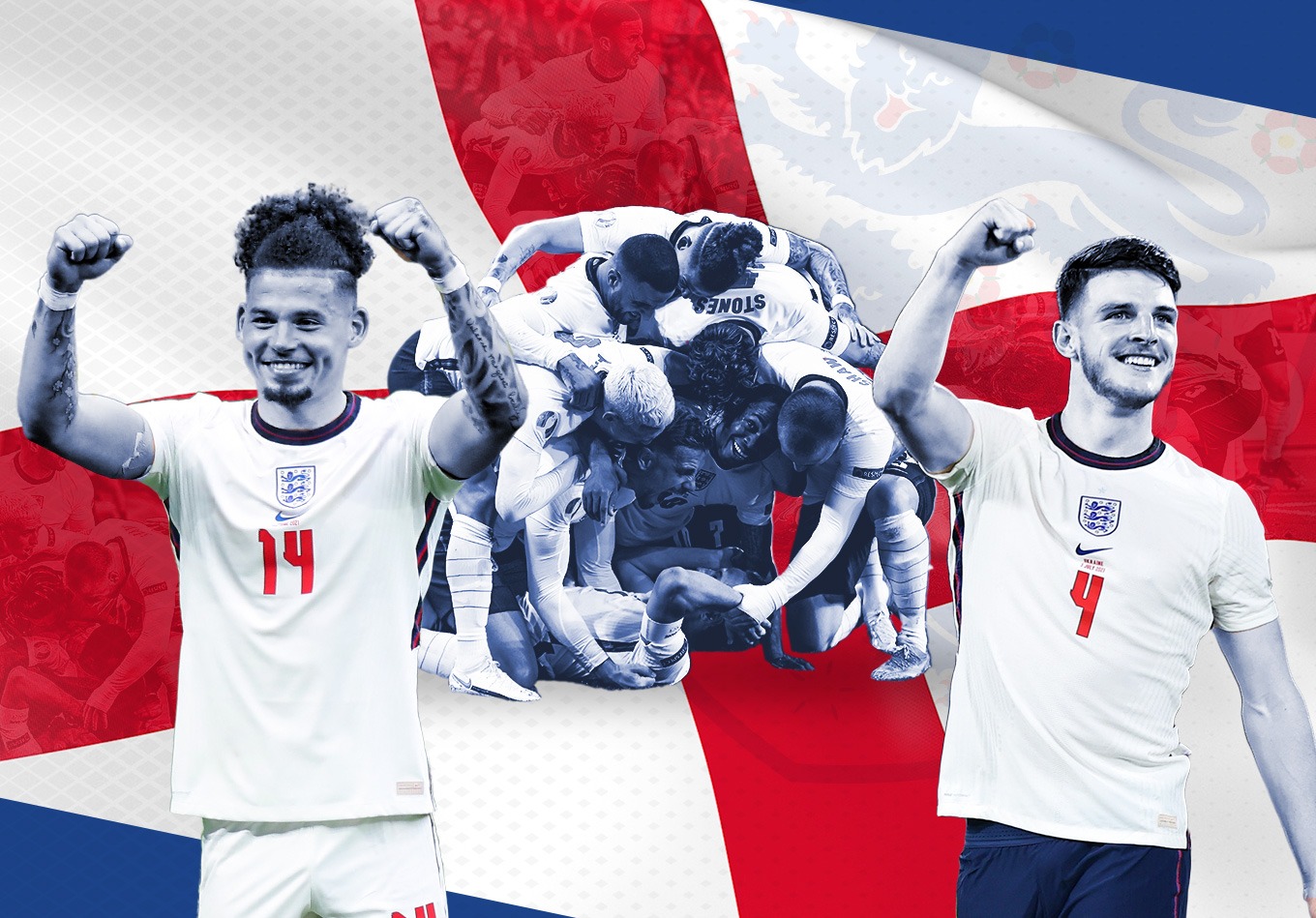 How to Negotiate the Build-up to an England Final

The European Championship final kicks off at 8 p.m. on Sunday night in London, or 9 p.m. if you’re tuning in from Italy. That’s a lot of weekend prologue to get through, even if you don’t have a dog in this fight. And a lot of people do. This will be a weekend of distracted social gatherings, of half-observed barbecues, of people who aren’t usually into football asking you “hey so how do you think the game will go?” And that’s fine, good even, but we all need to save energy for Sunday, so here’s a guide on England’s players to save you a bit of mental verve for the big match.

You can reasonably expect to be conversationally triangulated by two types of person at a social event this weekend. The first is someone who really doesn’t care about wallcharts because they have access to a computer. They want analysis and they want insight. Let’s call this person Brenda. The second is someone who is incredibly confident about England’s chances. They don’t want analysis, they don’t want to hear about Italy’s counter attacking, they just want to hear something that will make them smile and further convince them that yes, it very much is coming home. Welcome: Keith.

Brenda: Now I know you don’t like it when people claim Pickford is unreliable so please remember that he has already equalled the most clean sheets kept by a goalkeeper at a World Cup or Euros. One more in the final and he stands alone above all goalkeepers in the long history of those tournaments. Which would be impressive.

Keith: In 2017-18 Jordan Pickford had as many shots in the Premier League as Scott McTominay.

Brenda: Who’s that covering more ground than the world’s biggest tarpaulin? It’s Kyle Walker of course, the fastest 31-year-old on the planet. 6.2 recoveries per 90 is the best rate of any regular England outfielder at Euro 2020. An insurance policy de-luxe at the heart of England’s defence, whether they play 3-4-3 or 4-2-3-1.

Brenda: Luke Shaw’s recovery and redemption from the cursed era he suffered under Jose Mourinho at Manchester United has reached its zenith at Euro 2020. Three assists so far is one more than he managed in 55 games under the brooding Mourinho, while his xA figure of 1.91 is only bettered at the competition by Jordi Alba and Kevin De Bruyne. And unlike those two, Shaw can add to that total on Sunday.

Keith: Until June 2018 Luke Shaw was the only player born after the release of Jagged Little Pill to play at a World Cup. Now he isn’t, which is ironic, don’t you think?

Brenda: Neo-Libero England equals Harry Maguire. The commanding heart of the English defence loves to bring the ball out and treat the opposition press like a friendly giant swatting away a fly. Of England players to have played at least 180 minutes – the equivalent to two full games – Maguire tops the charts for carries per 90 (22), progressive carries per 90 (10) and carry distance per 90 (222m). As prophesised by Bishop Barnes, there’s only one way to beat them, bring it out from the back.

Keith: Harry Maguire has scored more goals in World Cup knockout games than Lionel Messi, or Cristiano Ronaldo. Or both of them combined. Your choice of sentence construction, Keith.

Brenda: The impressive quiet man keeping everything working at the back. Stones has been fouled (3) more times than he has committed fouls (2), has a 95% pass completion rate and has seen his reputation surge as his Manchester City defensive colleagues Aymeric Laporte and Ruben Dias saw their own national teams leak goals at an alarming rate at Euro 2020.

Keith: Go and upset that Italian by mentioning that John Stones has scored as many World Cup goals as Alessandro Del Piero.

Keith: Phillips is the youngest of the 14 members of England’s Euro 2020 squad to have been born when Euro 96 was played. He also wears the number 14 shirt and he has 14 caps for England. The connection is the number 14.

Brenda: Where Phillips smothers the opposition, Declan Rice anticipates. He has made 11 interceptions at Euro 2020, the most of any England player but 10 fewer than Jorginho in the heart of Italy’s midfield. Their battle of turf futurology on Sunday could hold the key to the game.

Keith: Declan Rice has as many Premier League goals as Danny Drinkwater, which is essentially what rice needs to do to become ready to eat.

Brenda: Where Phillips smothers and Rice anticipates, Mount challenges. His total of 11 tackles is the most of any England player at the Euros. His set-piece delivery is one of the most consistent across Europe and his xA per 90 at the Euros is 0.37. It’s not quite Kevin De Bruyne levels but it puts Mount in the chasing pack. And he will chase as part of a pack too.

Keith: Will you be shocked if I say that there are players on England’s bench who produced as many assists from open play as Mount in the Premier League last season? No? One of them was West Brom goalkeeper Sam Johnstone. Oh, now you’re interested, Keith.

Brenda: How young is too young? Saka isn’t yet 20 and is the youngest player to start a semi-final for England. He’ll still be in his 20s when the 2030 World Cup kicks off in [unknown location]. It could be in England or the UK as a whole? Beloved England captain Bukayo Saka to bring football back home… again?

Keith: Although he is younger than Andy Townsend’s Tactics Truck, Saka has already played as many tournament games for England as Stanley Matthews and Alf Ramsey.

Keith: Raheem Sterling is the first player born after Sensible World of Soccer was released to play more than 15 tournament games for England.

Brenda: Harry Kane heard what you were saying about the 2018 World Cup, that he filled his boots early on and then didn’t score in the latter stages, so this time he chose to make you wait until England’s seismic win against Germany at Euro 2020 to open his account. Then two more against Ukraine, then another against Denmark. That’s 10 tournament goals for Kane, no Englishman has ever scored more. 7.1% of all of England’s goals in World Cups and Euros have been scored by Kane. Two more in the final would almost certainly give him the Golden Boot and a special gold card exempting him from the doubt of others ever again.

Keith: Don’t remind Kasper Schmeichel but Kane has scored more Premier League goals in Leicester than 156 of the 170 players to play a Premier League home game for Leicester.

Jude Bellingham is the first player younger than Prometea, the first ever cloned horse, to play for England

Jadon Sancho was in Year 5 at school the last time Arsenal made it through a CL Last 16 tie.