The Brick Wall: The Summer of Chiellini and Bonucci | The Analyst 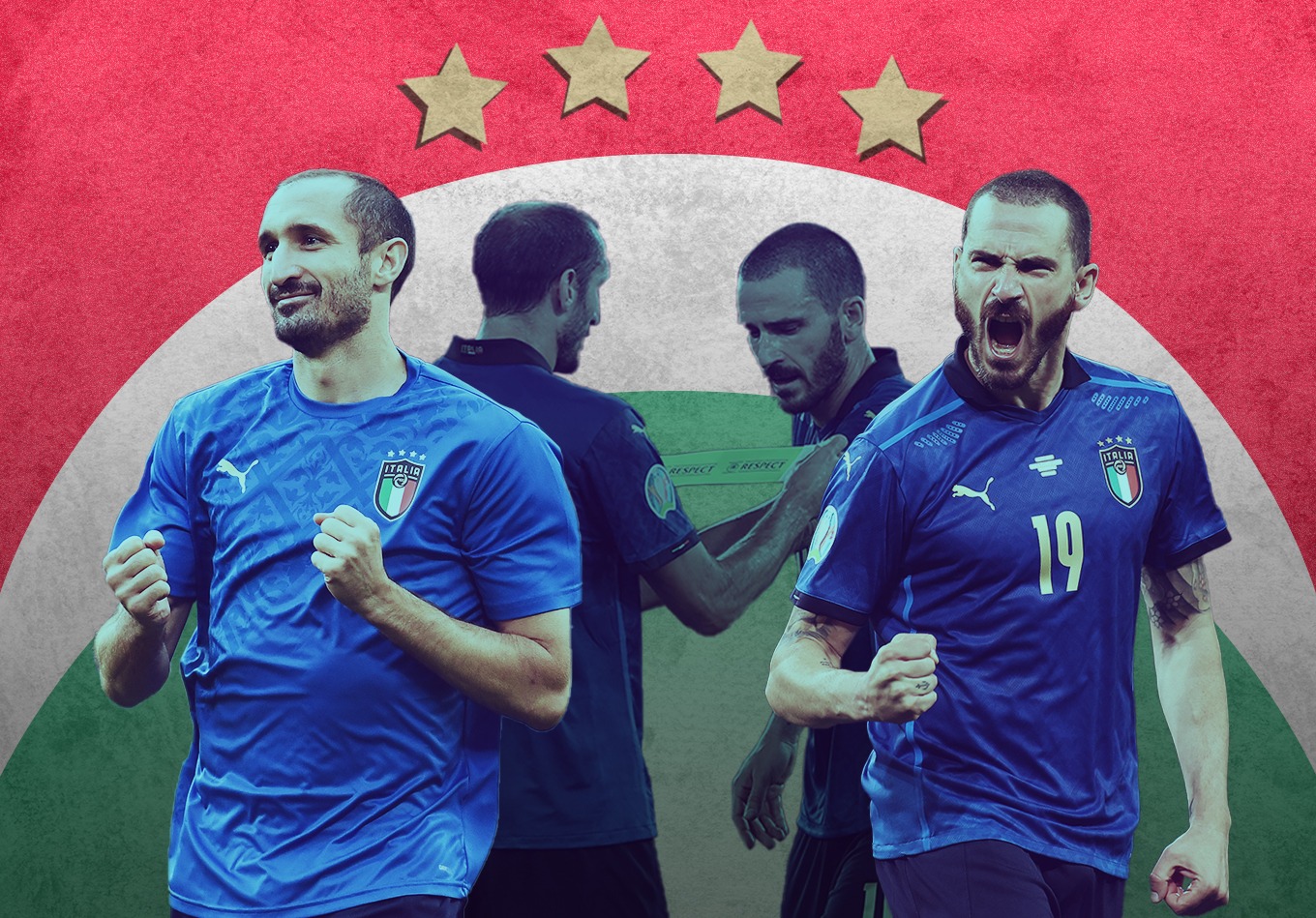 The Brick Wall: The Summer of Chiellini and Bonucci

For all the midfield whirring, Leonardo Spinazzola’s freeform left-back role, Lorenzo Insigne and Federico Chiesa dipping and ducking into pockets of space and Marco Verratti clipping delightful passes across the halfway line, there’s only one form of Italy that we really came to see. Against Belgium in their quarter-final, Italy’s defence offered a clinic on how to see out a one-goal lead. Against Spain in extra-time, Italy backed themselves to resist growing Spanish pressure and succeeded.

There is something deep within the Italian psyche that demands defensive grit. It has its roots in Catenaccio, that famous defensive system that was hugely successful until Total Football and pressing eventually exposed its flaws. It roared again with the ‘libero’ role that dominated in the 1990s when Serie A had a representative in a run of nine European Cup finals in ten years. Between 1985 and 1989, no Scudetto winner conceded at a rate of more than two goals every three games.

It goes beyond football. Resilience and resourcefulness are traits of which Italians are deeply proud. Slow-motion replays of strained, stretching legs, tactical masterclasses of obdurate ‘thou shall not pass’ rearguard actions are as alluring to the public as masterful attacking moves or joyous goal celebrations.

And even now, with Mancini aiming to create an expansive, high-intensity whirligig of a football team, he took care to leave the babies in the bath when he changed the water. You get the sense that Leonardo Bonucci and Giorgio Chiellini see the concession of a goal as an affront to their very philosophy. “I am so glad we’ve not just seen attractive, attacking football, but also everyone getting their hands dirty,” as Bonucci said on the eve of the tournament.

Here, adversity is seen not as a cause for angst but a chance to prove why Italy remains European football’s great survivor. Chiesa and Bonucci spoke of suffering with smiles on their faces during post-match interviews; Claudio Ranieri wrote the same in Gazzetta dello Sport with the smile implied. La Repubblica’s headline followed suit: ‘Italy, how much suffering – but now the dream is close’.

We can frame Italy’s redemption through the prism of this central defensive pairing. Italy last lost a game with Bonucci and Chiellini starting in November 2017, the ill-fated second leg of the World Cup playoff that consigned them to their lowest ebb and inadvertently marked the darkest night before dawn sprung.

After Italy’s brilliance this summer, it’s easy to forget that there were serious concerns about their central defenders despite a prodigious record over the last two years. Chiellini (with 16 Serie A starts last season) and Bonucci only started nine games together for Juventus in 2020-21. One of those was a 2-0 defeat at Inter in January that effectively destroyed Juventus’ hopes of retaining the title. Chiellini marked Romelu Lukaku too tightly and was repeatedly turned by the Belgian; a simple long ball from Alessandro Bastoni caused confusion between them both for Inter’s second goal.

Form is temporary, class is permanent and Italian defenders are ageless. If in doubt as an international manager, pick players in combination who know each other’s games inside out. Bonucci and Chiellini have spent nine of the last ten seasons together at Juventus, the exception being the former’s sojourn in Milan when it quickly became clear – and, to his credit, Bonucci quickly realised – that he was less than half the man without Chiellini. As he said in February, “by now, I think I know him better than my wife”.

The temptation is to conclude that each defender plays their individual role perfectly. Chiellini is the wily old soul, the defender’s defender who wins headers, blocks shots and performs the dark arts with grim and a wink. He has made headed clearances at four times the rate of Bonucci and made tackles three times as often. It would be unfair to describe Chiellini as a pure warrior for that conjures up connotations of throaty, wild charges into battle, but the personality type certainly fits.

Bonucci is the stereotypical antidote to that all-action, the clean-shorted central defender. He has attempted just two tackles and made three headed clearances in 555 minutes during this tournament and clearly possesses the better passing range and attacking endeavour. Bonucci has attempted three dribbles (Chiellini has none), attempted 42 passes into the final third (Chiellini 20) and averages just over 15 carries per game compared to Chiellini’s 10.

But the truth is a little less black and white. The magnificence of the Chiellini-Bonucci partnership is not that each has a distinct role (although they clearly have slightly different strengths) but that they operate with a telepathic understanding that allows each to swap roles and cover for one another. One goes for a header, the other drops deep in case it is lost. One sprints out to block a shot or pressurise an opponent, the other sweeps in behind or switches focus to block a potential pass.

That logical coalescence of clubmate central defenders has long been a successful strategy for international managers who possess the luxury, a cheat code of defensive solidity when you have far less time with players and thus can shift your focus to attacking strategies.

In 1958, Brazil used Bellini and Orlando (both from Vasco da Gama) as a defensive pairing. In 1974, West Germany had Bayern Munich’s Franz Beckenbauer and Hans Schwarzenbreck at the back and repeated the trick in 1996 with Markus Babbel and Thomas Helmer. In 1988, the Dutch defensive partnership of Frank Rijkaard and Ronald Koeman had spent six years together at Ajax. The most recent example is Spain in 2010, who avoided conceding a goal in the knockout stages with Barcelona’s Gerard Pique and Carles Puyol.

Italy have their own examples: Sweeper Gaetano Scirea and central defender Claudio Gentile both played together at Juventus and centre-backs Fabio Cannavaro and Marco Materazzi had spent two of the four years directly prior to the 2006 World Cup together at Inter. All of those teams above won the respective major tournament.  Bonucci and Chiellini have treated this summer as a glorious final hurrah, a final encore during which they are intent to play the hits. Chiellini has the liberated air of a man working out his notice period before retiring: The giggle with Kevin de Bruyne about his blocked shot, the histrionics with Jordi Alba before the penalty shootout, the public displays of patriotic affection for teammates who makes tackles, the high notes of Il Canto degli Italiani roared into the night because this might just be the last time he uses it as emotional fuel for what is to follow. With age comes longer recovery times and lessening pace, but Chiellini has rarely worried about either. His country, his glorious Italy, will see the best of him. They will remember him. 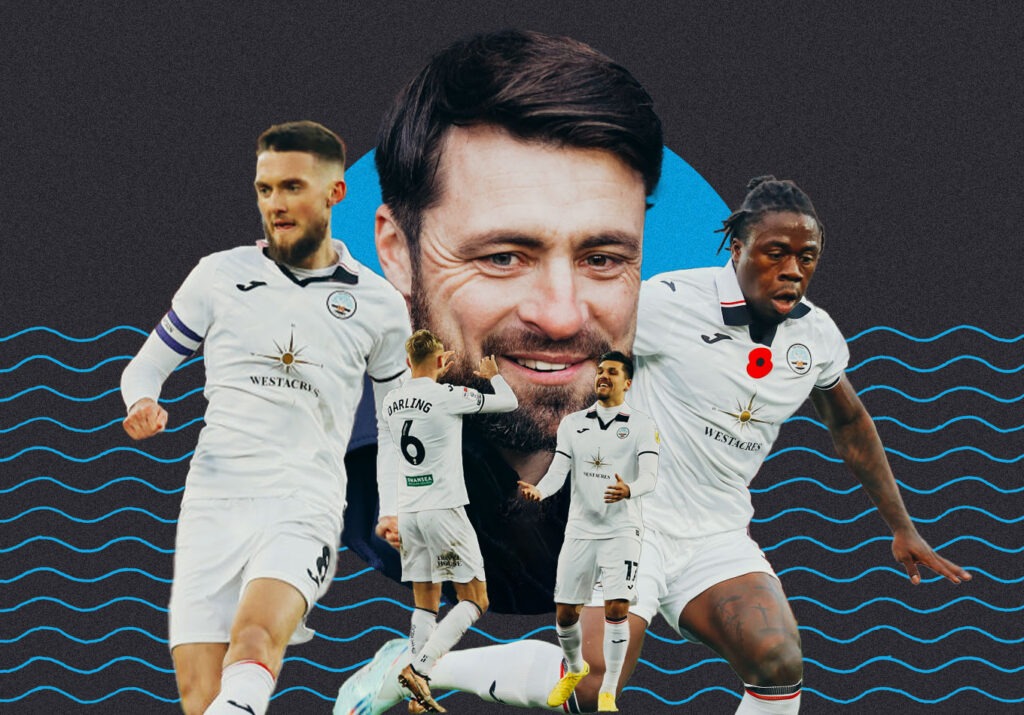 Swansea City: How Far Can Sticking to a Unique Playing Style Really Get You?