The NBA Finals: How the Bucks Are Finally Trusting Brook Lopez and Why He Is Thriving | The Analyst 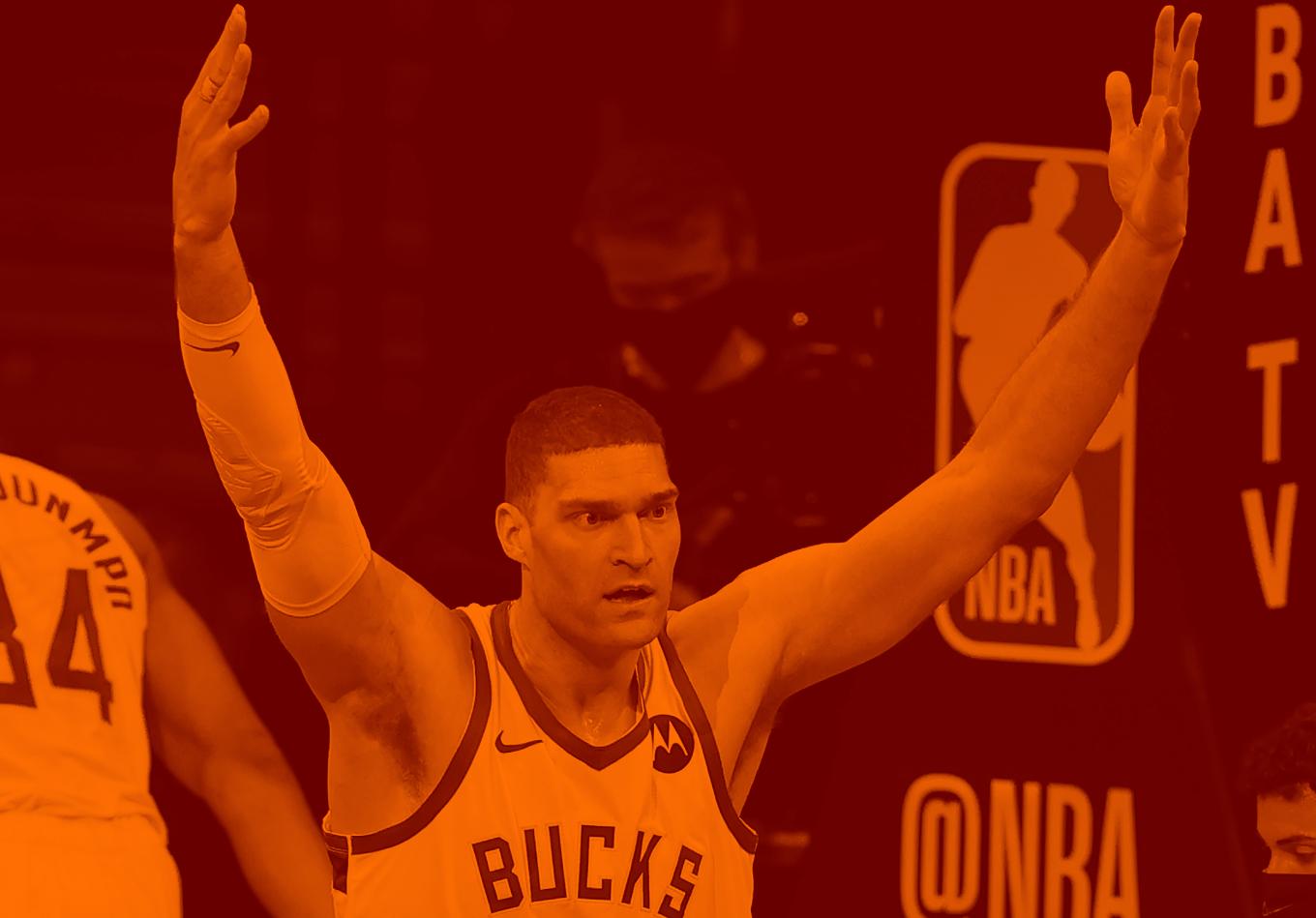 The NBA Finals: How the Bucks Are Finally Trusting Brook Lopez and Why He Is Thriving

Brook Lopez has been perceived as a liability in the postseason for his entire Bucks tenure. But, with Mike Budenholzer opting to use him in different ways this postseason, he’s been a key to Milwaukee’s Finals run

Since the dawn of the Brook Lopez Era in Milwaukee three years ago, there have been unyielding concerns about his playoff viability, which stem from perceived rigidity on both ends.

Defensively, he’s a 7-foot, 280-pound center on the wrong side of 30. Deep drop coverage may help the Bucks field three consecutive top-10 defenses (and two league-leading defenses) in the regular season, but its conversion rate for the playoffs concerned folks because most postseason clubs, especially in later rounds, have pull-up maestros that could spell trouble.

Offensively, he was largely viewed as a spot-up shooter and dunker spot release valve whom teams could hide lesser defenders on to divert focus elsewhere without fear of repercussions. Adaptability and versatility were not considered staples of his game.

Yet through three rounds, both traits have been prevalent in his arsenal on either side of the ball. They’re two of the foremost reasons the Milwaukee Bucks find themselves four wins away from an NBA title. Amid this run, Lopez ranks among Milwaukee’s three best players, perhaps even its second-best, and has inherited this status through tailoring his imprint on a matchup-by-matchup basis.

Lopez’s rim protection has been utterly elite throughout these playoffs. In addition to his 1.8 blocks per game, including five outings with three-plus rejections, he’s holding opponents 13.9% below their average on shots from 6 feet or closer.

He and Giannis Antetokounmpo were the punctuating reasons behind Bam Adebayo and Jimmy Butler’s round one struggles, closing off the rim on seemingly every venture down the court. At times in the successive rounds, his minutes were reduced or his impact was thrust into the spotlight for the wrong reasons, notably during some of Kevin Durant’s infallible scoring barrages and Trae Young’s masterful Game 1. But much of that feels tied to head coach Mike Budenholzer for sticking too long to deep drop coverage, though assigning some blame to Lopez seems warranted as well.

When the game-plan has been explicitly tinkered, though, Lopez has molded himself to meet the criteria. When Bruce Brown lit up Milwaukee’s defense with a series of floaters as a roller in round two, Lopez began playing higher up in pick-and-rolls to inhibit Brown’s space on those opportunities and take them away. When Young led the Hawks to a Game 1 upset win, in part because of a stubborn adherence to deep drop, Lopez played higher up in Game 2 to crowd Young and infringe on all the room he enjoyed a game prior, helping limit the All-Star guard to 15 points on 6-of-16 shooting and nine turnovers.

In Game 5 of the Eastern Conference Finals, the Bucks decided to switch across every position. Lopez performed admirably, posing a number of issues for Atlanta’s ball-handlers and perimeter scorers. His 2020-21 playoff tape is a marvelous display of malleable big man defense, retiring any rumors of rigidity as his downfall.

While defense is the bedrock of his stellar postseason campaign, his offensive production, reflected best in its diverse application and success, is similarly paramount. Milwaukee has deployed him in myriad ways. He’s been a floor-spacer (18 of 51 from 3, 35.3%), lob threat, roll man, off-ball scavenger, post scorer and putback maven, converting a staggering 67.6% (73 of 108) of his 2s.

In trotting out starting units of Jrue Holiday-Donte DiVincenzo-Khris Middleton-Giannis-Lopez and Holiday-Middleton-PJ Tucker-Giannis-Lopez (swap Bobby Portis for Giannis the last two games), the Bucks have wielded a hearty size advantage over every opponent during these playoffs. Lopez’s broad scoring utility helps levy that edge inside the arc, revealed through soft touch and brute force in whichever context requires them. Whether he’s faced actual small-ball lineups or merely traditional lineups that couldn’t approximate the towering Bucks, he’s sliced and diced from 2-point range.

Depending on the opposing defensive strategies, Milwaukee has tweaked his role and spots on the floor. Lopez has reliably delivered and it’s added substantial value to an offense often beset by malaise.

Regardless of whether Giannis suits up at any point against the Phoenix Suns, the Bucks, assuming Portis remains his replacement, will solidify their tall-ball persona. Lopez will need to maintain wide-ranging paths to pristine scoring.

Lopez has to exploit the Suns’ switch-heavy defense in the post and on the offensive glass — and even more so if any of his minutes align with Dario Saric or Torrey Craig as the backup 5. When ball-handlers like Holiday and Middleton draw help, he must migrate into pockets of space for easy finishes, as he’s done throughout the postseason. He needs to ease the choices of Holiday and Middleton, initiators with inconsistent decision-making processes (particularly the former), by properly timing rolls in ball-screens.

For as well as he has played offensively, he is still an ancillary cog on that end. Meanwhile, his defensive responsibilities will be amplified in the Finals. Phoenix is the most fluent offense he and the Bucks have encountered yet. Brooklyn’s offense when Durant and Kyrie Irving were healthy may have invoked more fear, but much of that is tied to individual talent rather than scheme and play-calling.

The Suns will get Lopez shifting side to side, tracking various movements and sets simultaneously. Chicago actions for Devin Booker, Spain pick-and-rolls and ball-screens will be abundant. Halting Booker and Chris Paul’s midrange rhythm, while also preventing rim runs for Deandre Ayton, an ornate balance, are entrenched in his principal duties. Varying coverages are required and expected of Milwaukee. Lopez’s rim protection and adaptability must remain exquisite.

He’s already extinguished many of the misguided worries or narratives involving him. If he casts them into further irrelevance for one more round, the reward might just be that coveted championship trophy. And then, the Brook Lopez Era in Milwaukee will be defined by a ring, with those pesky concerns about his playoff viability engulfed by the shadows of yesterday.