Machado vs. Bauer Highlights Baseball's Superlatives of the Week | The Analyst 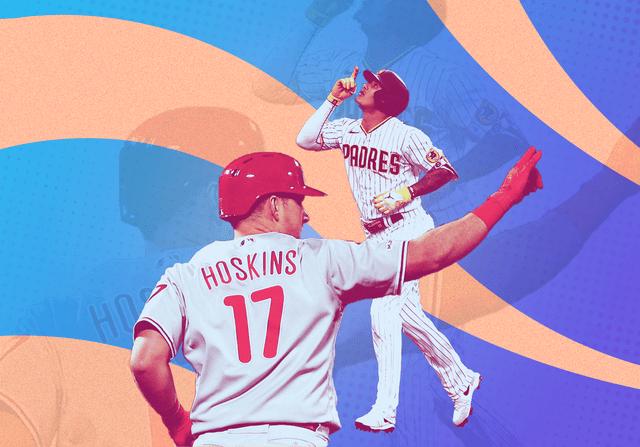 Machado vs. Bauer Highlights Baseball’s Superlatives of the Week

We’re digging into the advanced data to discover which players had some of the most remarkable hits, whiffs, home runs and at-bats of the past seven days.

There are some matchups that force you to stop whatever you’re doing and watch.

In the season series between the preseason favorites in the National League, there have been a few of those can’t-miss showdowns. Trevor Bauer of the Los Angeles Dodgers vs. Fernando Tatis Jr. of the San Diego Padres is certainly one of them, but Bauer against slugging third baseman Manny Machado also lived up to expectations on Wednesday.

After falling behind 1-2 in his first inning at-bat, Machado fouled off a couple of tough breaking balls and took another off the plate before hitting the eighth pitch of the battle into the left-field bleachers to give the Padres an early 2-0 lead in a game they would go on to win 5-3 to wrap up an impressive three-game home sweep of their SoCal rivals.

According to the data, Machado received a raw value number of at least .04 on six of the eight pitches he faced. He ranks 12th in the majors with a RV+ of 155 and sits well above the league average (100) with a BIP+ of 143.

For his efforts, Machado has earned our most value-added at-bat of the past week. How did we determine this? Using all three of the components of raw value+ (RV+), we’re able to measure how much value a player adds to his offensive line in a single at-bat.

Machado has won his share of showdowns versus Bauer. He’s now 13 for 25 with five home runs, two doubles and seven RBIs lifetime in the matchup. His .520 batting average is the highest of any player with at least 14 at-bats against the right-hander.

Best Hit off the Toughest Pitch

When they get ahead 0-2 or 1-2 in the count, pitchers often rely on the high fastball out of the zone to put batters away. They’ve learned that even big-league hitters have trouble catching up with the high heat if they’re forced to protect the plate.

But that strategy backfired in a big way for a shell-shocked Tanner Rainey of the Washington Nationals on Tuesday. With the count 1-2 in the eighth inning, the right-hander went to – you guessed it – the higher than high fastball to try to get Rhys Hoskins of the Philadelphia Phillies to chase.

The problem? Hoskins ambushed him, somehow taking a fastball well above the zone and sending it nearly to the upper deck in left field. No easy feat considering Rainey is 15th in the majors in whiff+ (141) among relievers who have faced at least 100 batters.

We’ve already identified the high fastball as a favorite for pitchers once they get ahead in the count, but the breaking ball in the dirt has got to be right up there too.

So when Zac Gallen of the Arizona Diamondbacks threw a slider way down and away and saw Donovan Solano of the San Francisco Giants begin to offer, the right-hander probably figured he had a strikeout in the books. Gallen has become quite good at throwing pitches like this where he wants them, ranking 28th in the majors with a command+ of 114.

But Solano somehow manages to stay alive by making seemingly impossible contact and fouling it off. Perhaps it’s not as much of a surprise when considering Solano ranks in MLB’s top 50 with a contact+ of 108.

In this category, we look at the pitches with the lowest probability of contact and then dig into whether any batters made contact on those pitches. Solano somehow did here before fouling out, but the effort was good enough to earn our most unlikely contact of the week.

Though he’s had some stumbles this season, Aaron Bummer remains one of the Chicago White Sox’s top relievers with a 2.37 ERA, a .195 opponent batting average and 40 holds over the past three seasons.

And he’s been one of MLB’s best so far at both generating swings and misses and getting called strikes, ranking 15th in all of baseball among pitchers who have faced at least 100 batters with a strike+ of 122. So it’s fitting that Bummer has earned our extreme chase of the week for his work victimizing Jose Altuve in Sunday’s 8-2 road loss to the red-hot Houston Astros.

Altuve has a discipline+ right at league average at 100, but he’s 14th in the big leagues with a contact+ of 110 – meaning he usually makes contact even when swinging at pitches out of the zone. Bummer, however, has him so fooled that there’s no chance of that here.