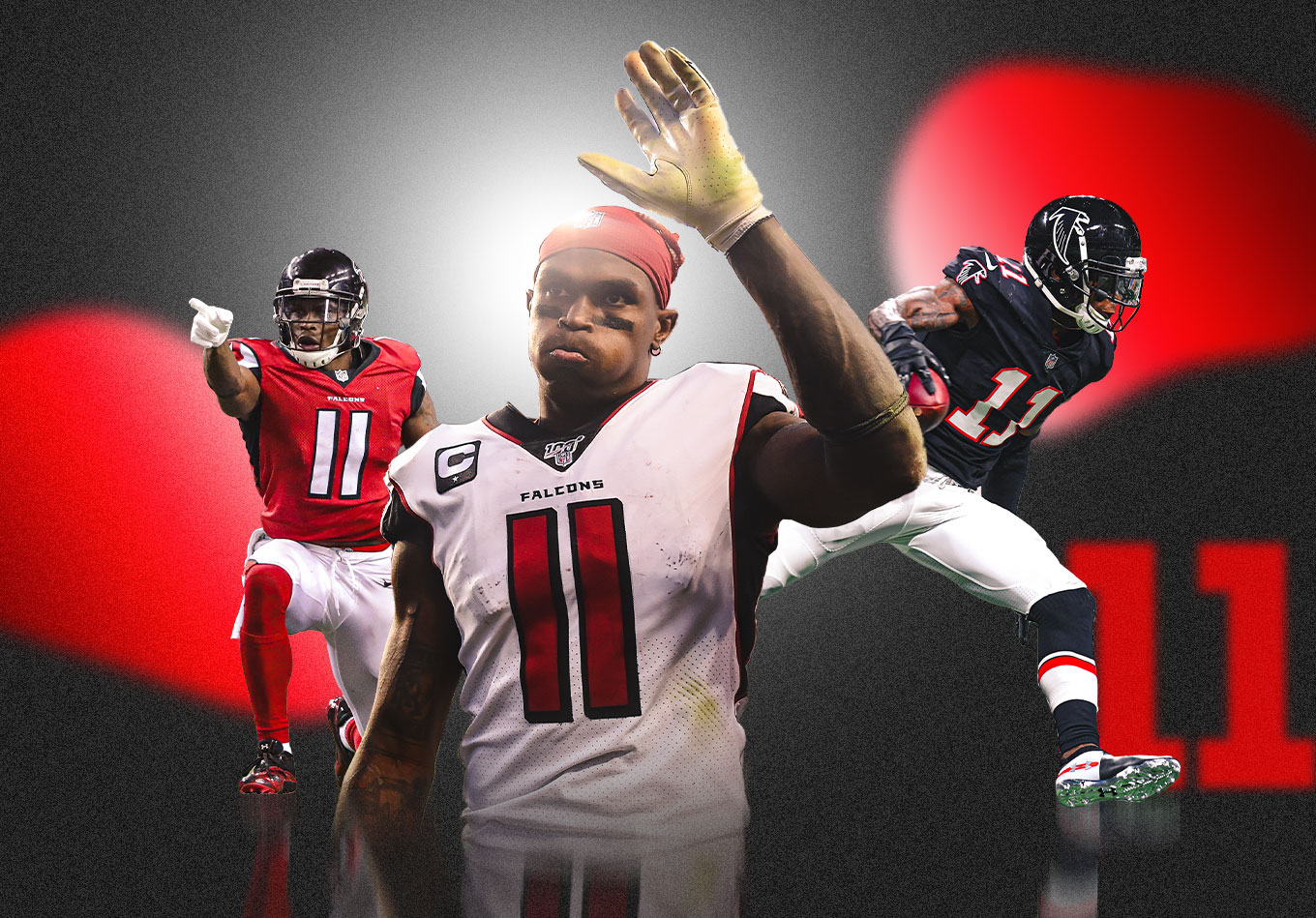 One of the NFL’s premier receivers over the past decade is available via trade, and Julio Jones appears to have no shortage of suitors with several teams seeing him as the final piece of the puzzle on offense.

As a seven-time Pro Bowler who led the league in receiving yards in 2015 and 2018, Julio Jones has the resume of an all-time great.

Since he entered the league in 2011 as the sixth overall pick of the Atlanta Falcons, no player has more receiving yards than Jones with 12,896 – well ahead of Antonio Brown’s 11,579. Jones also 119 receptions of 25 yards or more in that time, again the best mark in the NFL ahead of T.Y. Hilton’s 104.

The veteran wideout has topped 1,300 yards in six of the last seven seasons, but a 2020 campaign in which he missed seven games and posted his lowest yards per game average (85.7) since 2012 raises the question about whether a 32-year-old Jones can be considered among the best of the best at his position.

There seems to be little doubt that Jones’ departure from Atlanta is imminent, but is he still the type of player that can put a contending team over the top?

As his career tally of plays of 25 yards or more illustrates, Jones has long since been one of the premier big-play threats in the NFL.

His comparative lack of time on the field in 2020 meant he produced only seven such plays last season. However, even though he played just over half of the games, Jones still proved himself an efficient downfield receiver.

Jones produced a ‘big play’, a burn for 20 yards or a burn for a touchdown, on 27 of his 67 targets, giving him a big-play percentage of 40.2 that was eighth among wide receivers with at least 50 snaps and 50 targets.

It was also a marked improvement in his performance in that metric in 2019. Over the larger sample size of 157 targets, Jones registered 53 big plays, a percentage of 33.9 that put him 22nd among receivers with a minimum of 50 snaps and 50 targets.

Jones may be getting older, but last season’s numbers indicated he is getting better at finding ways to make impact plays down the field.

And he has remained consistent when it comes to winning his matchup with opposing defenders.

At 6-foot-3 and 220 pounds, Jones’ athleticism and route-running ability has continually made him a nightmare for cornerbacks to defend.

The 4.3 speed with which he entered the league may have declined somewhat, but any drop-off in his physical gifts has not hindered his success in getting the better of those tasked with guarding him.

Jones recorded a burn (when a receiver wins his matchup with a defender on a play where is targeted regardless of whether the pass is considered catchable) on 63.7 % of his targets in 2019. That was comfortably above the league average of 60.9 for receivers with at least 50 snaps and 50 targets, and he improved on that in 2020, recording a burn percentage of 73.1 that ranked sixth among wideouts to meet those thresholds.

Only seven receivers had a higher burn yards per route average than Jones’ 3.2 in 2019, and he marginally bettered that last season with 3.3. That mark was tied with Justin Jefferson, who set the rookie record for receiving yards with 1,400.

Jones was also seventh in burn yards per target (13.69) among receivers with 50 snaps and targets last year, demonstrating he can still regularly leave defenders trailing in his wake, providing his health allows him to deliver the kind of influential displays that have defined his career.

A lingering hamstring injury restricted Jones’ availability in 2020 as the Falcons endured a 4-12 season and his failure to shake off a soft tissue problem may raise concerns over whether teams can rely on him to stay on the field and contribute.

But franchises interested in investing in Jones’ services need not look far for an example of a comparable player performing at a Pro Bowl level at this stage of their career.

Jones, who turned 32 in February, can draw inspiration from Larry Fitzgerald. The longtime Arizona Cardinals receiver racked up 1,215 yards during his age 32 season in 2015, helping the team reach the  NFC Championship game.

Fitzgerald was invigorated by the coaching of Bruce Arians and the opportunity to play with quarterback Carson Palmer and his 2015 campaign was the first of three successive 1,000-yard seasons. Fitzgerald led the NFL in receptions in 2016.

The success of Fitzgerald during that span is instructive as it was partially a product of Arians’ abilities as a play-caller and the undoubted upside offered by Palmer, a former No. 1 overall pick who led the league in passing touchdowns for the second time in his career in 2015.

Situation plays a substantial role in the performance of any player and Jones could land in one of several excellent spots. A reunion with Kyle Shanahan, who oversaw Jones’ most productive season (1,871 yards) in 2015, with the San Francisco 49ers has been mooted.

The New England Patriots and their talented offensive play-caller Josh McDaniels also reportedly have an interest in Jones, as do the Baltimore Ravens, who boast a former MVP at quarterback in Lamar Jackson. The Seattle Seahawks and Russell Wilson, whose superb accuracy saw him throw a pickable pass on just 2.64% of throws in 2020, also could be in the mix for Jones.

Jones compares extremely well with Fitzgerald as a physically imposing and dependable receiver who dropped only one pass last season after registering two drops in 2019. While conventional wisdom would point to him declining as he gets older, the numbers suggest Jones may be getting better with age.

For the contending team that lands him, Jones still has what it takes to be a pivotal element of a potential Super Bowl-winning picture provided he can stay on the field. 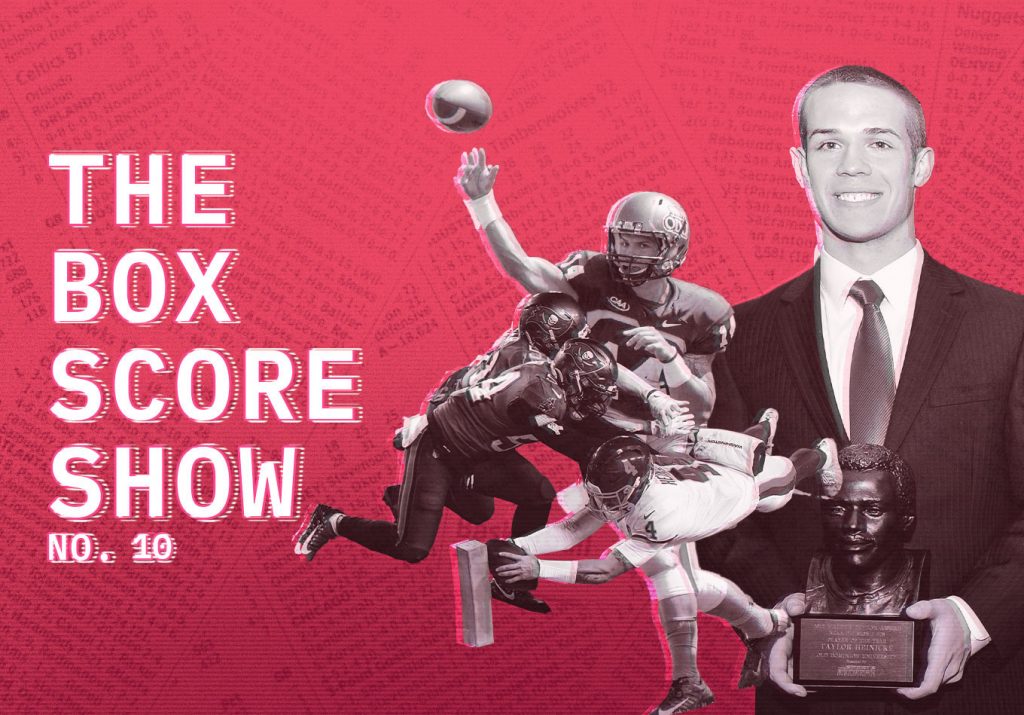 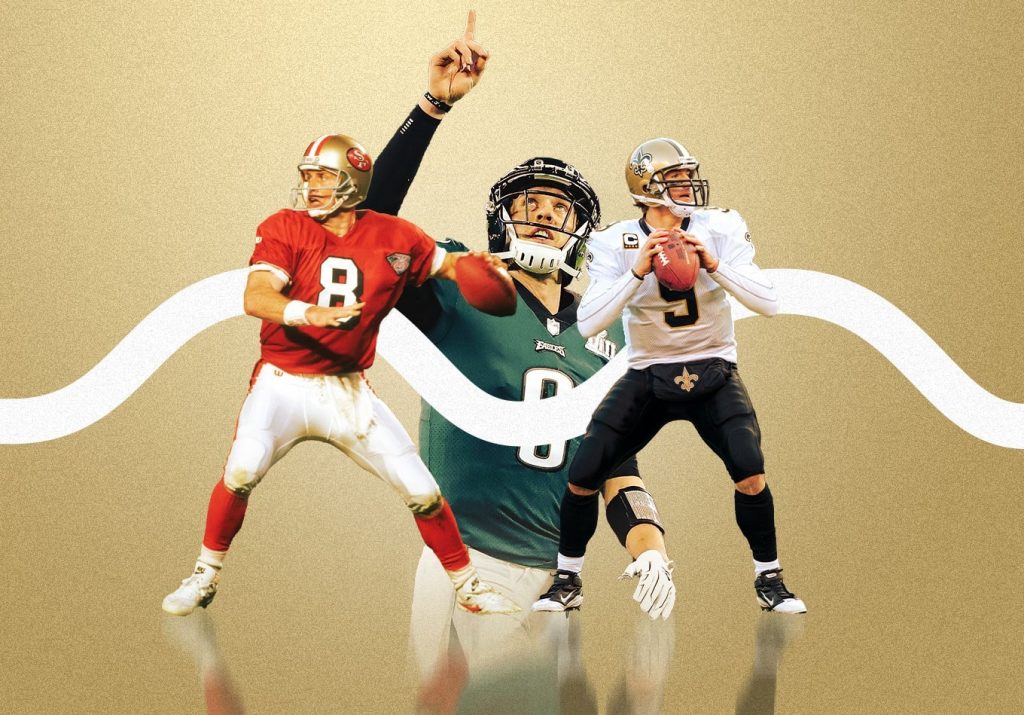 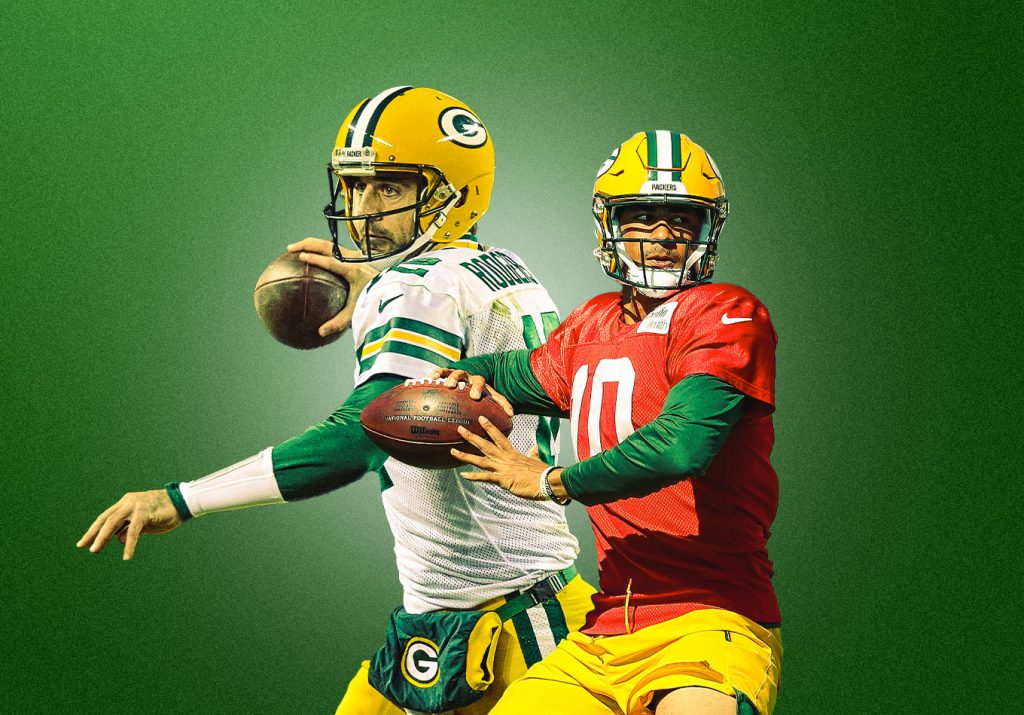