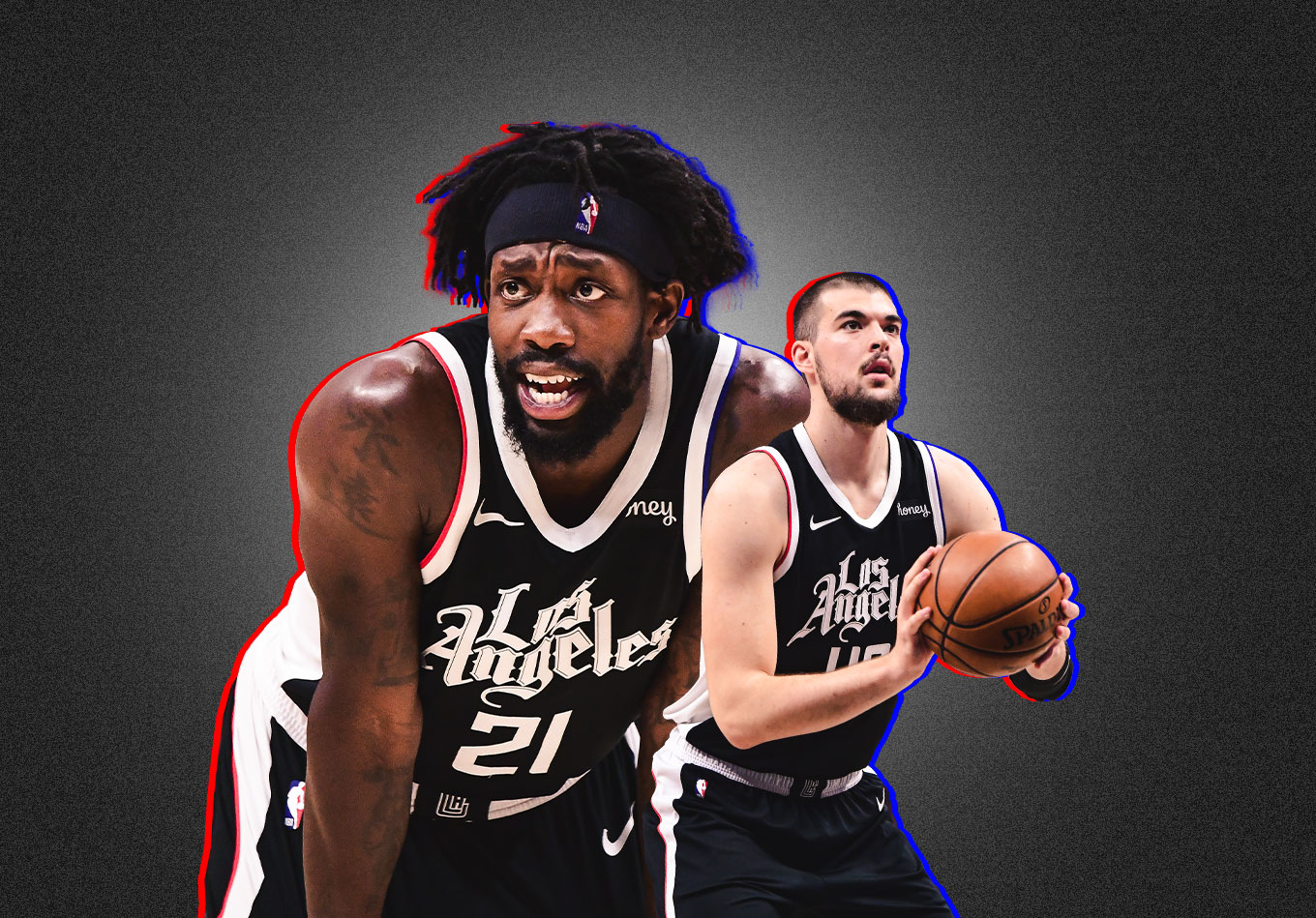 Through the first two rounds of the NBA playoffs, the Los Angeles Clippers’ five-out attack with an emphasis on the 3-ball was bulldozing opponents by way of a 123.4 offensive rating.

Even Kawhi Leonard’s absence hadn’t derailed them. In Games 5 and 6 against the Utah Jazz, they set the nets ablaze with a 133.7 offensive rating.

Game 1 of the Western Conference finals against the Phoenix Suns was a continuation of offensive proliferation when they posted a 121.6 offensive rating and drilled 20 of their 47 (42.6%) 3-point attempts in a loss. But the subsequent two games have seen the offense dry up. Paul George’s jumper is in a funk. Marcus Morris’ poor decision-making has produced inadequate results and a reduced role. Cracks are surfacing without Kawhi to salvage any broken possessions and spearhead creation.

Despite these developments and Kawhi’s status as a fan rather than the shining star, Los Angeles fell by just a point in Game 2 and rode a second-half surge in Game 3 for a 14-point victory. They’ve done so on the basis of their defense, inserting Patrick Beverley and Ivica Zubac into the starting unit, and holding the Suns to an offensive rating of 105.4.

Chris Paul’s Game 2 absence and Cameron Payne’s early Game 3 exit, along with some uncharacteristic cold spells from Booker and Paul are aiding the Clippers’ efforts. But these numbers are largely the result of Beverley and Zubac’s renaissance, as well as shrewd defensive game-planning and well-connected execution across the board.

Beverley is the evident shift, with his screen navigation, rear-view contestability and aggressive, physical demeanor posing issues for Booker, who’s scored 35 points on 41.0% true shooting the past two games. The arrival of Beverley has eliminated much of the space in which Booker thrives and it’s flustering him.

When he struggled in Games 3 and 4 against the Los Angeles Lakers in the first round, a similar trend was responsible, as the Lakers shrunk the floor and closed off the slivers of space he prefers to navigate. Whether it’s dribble hand-offs, isolation or traditional ball-screens, Beverley is unrelenting, practically sharing jerseys with Booker. Typically, Phoenix’s offense excels at generating space to operate. Beverley is vetoing those chances to find said space.

It’s also worth mentioning the contributions of Game 6 folk hero Terance Mann, who has wielded his size and mobility to frustrate Booker on occasion:

For as pestering and impactful as Beverley has been, his co-star in this revival, from the periphery of the rotation to critical, potentially series-swinging players, has been even more instrumental. In Paul’s return to the lineup Thursday, Zubac was crucial in limiting the Point God to 15 points on 5-of-19 shooting.

When the 24-year-old center is on the floor, the Clippers predominantly employ drop coverage. It encourages or demands point-of-attack defenders to chase ball-handlers over screens and funnel them to him in the paint. Mid-range jumpers are the optimal outcome for drop coverage. That sparks a quandary against Paul, one of the game’s greatest mid-range maestros and someone who prioritizes such shots over off-the-bounce 3s and rim forays. On Thursday, Zubac was masterful in disrupting Paul’s rhythm, particularly on his patented right elbow pull-ups. He hosted a clinic of technical drop coverage, taking away the roller and contesting jumpers, sending Phoenix into a cycle of contested shot attempts or stagnant possessions.

After Deandre Ayton had 10 points on 5-of-6 shooting in the first quarter, he scored just eight on 4-of-7 shooting the rest of the way. That disparity isn’t because Phoenix bafflingly forgot about its rising star, but because Zubac and the Clippers curbed most of its advantages forged through pick-and-rolls. Rarely was Ayton open on the roll, and Zubac also prevented his offensive rebounding chances – an area he’s feasted on in the playoffs – by boxing out and inhaling 10 defensive boards.

Zubac’s drop coverage wizardry and stout screen navigation, from both Beverley and Mann, have been augmented by the Clippers hawkishly stunting on the wings, led by George. The intention is to interrupt Booker and Paul’s shot preparation as they eye a mid-range bucket.

In addition to Zubac’s impact on many of these plays, note where Los Angeles’ wing helpers position themselves, making it much more challenging for Booker and Paul to maneuver as they please. Impactful ball-screen defense occurs when perimeter and interior defenders work in tandem. No one party can usually stymie an action. The Clippers are illuminating this theory.

For Phoenix, the Game 4 counters to alleviate this offensive slide should likely be: more empty side/corner pick-and-rolls to eliminate the presence of those aggressive stunts, more weak-side actions to occupy help defenders or capitalize on their inattention if they do stunt, and posting up Booker against Beverley – and fewer hand-offs or ball-screens – to maximize his size advantage and mid-range touch in rhythm. All of these tweaks are in the playbook for coach Monty Williams and Co. Expect to see some of them, especially the first two, which harken back to adjustments in the first round against the Lakers’ once-smothering defense.

Freeing up Booker and Paul will free up Ayton on the roll and shooters beyond the arc. The ripple effects will be obvious if the Suns solve some or all of these issues. Of course, Booker and Paul not going a combined 15 of 56 from the floor since Game 1 is a solution, too. But the other suggestions are more correlated with process rather than results and thus, more controllable.

Contrastingly, whereas the Clippers’ five-out offense was still quite effective against the Jazz sans Kawhi, circumstances have changed. Phoenix’s perimeter defenders are much better. Los Angeles cannot rely on dicing up the Suns with a resolute path to paint pressure and almost exclusively go small to simply outscore the opposition. Zubac, who is averaging 14.5 points, 13.5 rebounds and 1.5 blocks on 72.4% true shooting over the past two games, requires minutes in this series, boosting the Clippers with interior scoring, offensive rebounding and screening.

Unlike the small-ball, five-out personnel, he offers a genuine finishing threat in the paint – an outcome that’s more stable than waves of 3s. That’s not to say the Clippers are wrong for taking so many 3s, just that a little less variance and more stylistic diversity is always useful, especially with points harder to come by and hoisting open 3 after 3 not quite as reliable in this matchup.

When the action diverts Ayton’s attention away from his assignment, Zubac is showing he’s capable of scoring on lobs, putbacks and lay-down passes. As a screener, he’s a massive human – 7-feet, 240 pounds, to be exact – and chisels out space for ball-handlers and silky shooters. On both ends of the floor, he’s the Clippers’ best option at center in this series and his most recent outings exemplify that.

Zubac’s sudden dominance and Beverley’s re-emergence are reminders of how closely tied playoff successes or failures are to singular matchups. Against the Dallas Mavericks in Round 1, neither guy was integral to the rotation down the stretch. Last round, Beverley found footing as Donovan Mitchell’s foil, but Zubac still hardly saw the floor.