The Darling Buds of May: How the Rays Returned to the Top of the AL | The Analyst 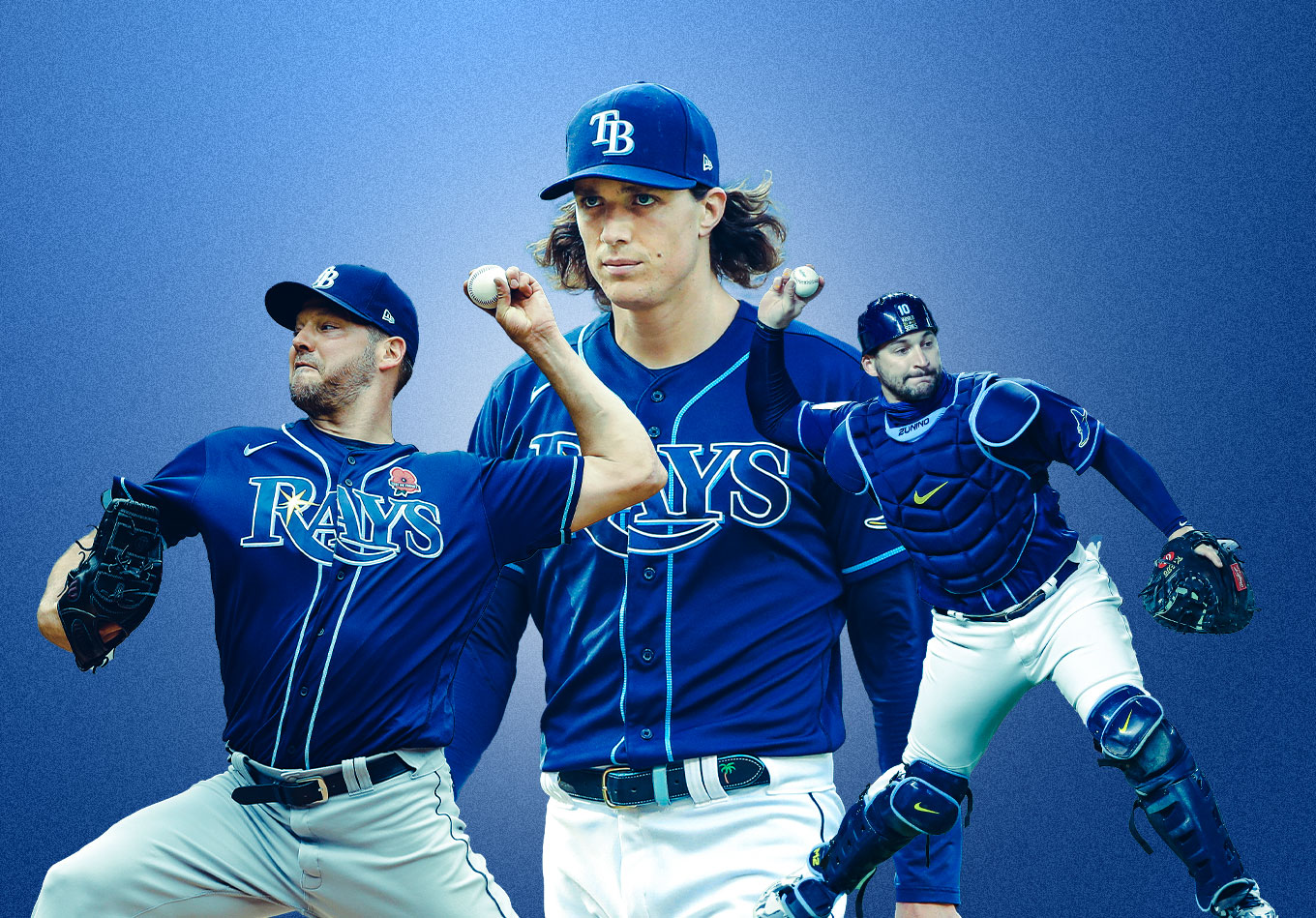 The Darling Buds of May: How the Rays Returned to the Top of the AL

May was simply a quite magnificent month for the Tampa Bay Rays.

After an indifferent start to the season when many thought that the bubble might have burst, Kevin Cash’s club put together a 22-6 record that included an 11-game winning streak to move into the summit of the AL East.

The Rays’ MLB-best 38 wins have come despite playing 42 games against teams at or above .500, recording 24 victories in those alone. It’s a team that has been built upon success across the lineup, so let’s take a look at why Rays fans can feel good about actually supporting them this season.

The offseason departures of Blake Snell and Charlie Morton left Tyler Glasnow as the clear-cut ace of the rotation. And he went to work on adding a third pitch to his repertoire for this season.

The right-hander tinkered with a slider that was pretty indistinguishable from his curveball in 2018, but now his new definitive slider is providing major dividends as he ranks 15th in the majors with a raw value- of 70.

Glasnow, who owns a solid 2.69 ERA through 12 starts, is inducing more swings and misses than the majority of the pitchers in MLB, leading the AL in whiff+ at 142.2. He trails only Jacob deGrom (186.6), Corbin Burnes (155.4) and Max Scherzer (148.4) across the majors in that category as batters continue to try to figure out how to counter his newfound weapon.

Glasnow has been especially dominant at Tropicana Field, where he’s had at least 10 strikeouts while limiting opponents to five hits or less in all five starts this season. The only other pitcher to achieve this in the modern era in five consecutive home starts at any point in a single season was Johan Santana back in 2004 (he did it in six straight).

Despite all of this, it isn’t Glasnow who has taken home the first pitching honors of the campaign – that would be the evergreen Rich Hill, also the owner of maybe the unlikeliest Twitter trend of the season so far.

Like Tom Brady and Phil Mickelson, the 41-year old left-hander proved that age is really just a number by earning American League Pitcher of the Month honors in May. He went 3-1 with an 0.78 ERA over his six starts to put himself amongst elite company within the ‘greybeards’ rotation.

Elsewhere, Ryan Yarbrough has been one of the beneficiaries of Cash’s use of an opener over the years, but the left-hander has struggled to repeat such performances when taking to the mound from the start of the game.

However, Yarbrough came out on top in a pitching duel against Gerrit Cole of the New York Yankees on June 3, throwing the Tampa Bay’s first complete game in 731 attempts and ending his own 24-game stretch as a starter without a win – just four shy of the longest run in league history.

While the pitchers have been taking most of the plaudits this season, the offense has quietly gone about its business to help the Rays stand in a tie for third-best run differential in the majors at plus-75 – equal to the San Diego Padres and behind only the Chicago White Sox (85) and Los Angeles Dodgers (83).

That might come as a surprise when you consider the Rays have the second-highest strikeout rate (one every 3.66 at-bats) behind the Detroit Tigers. But a patient approach appears to be the key to their success as they’re sixth in walk percentage and 11th in discipline+. Yandy Diaz is leading this charge, ranking sixth in MLB with a discipline+ of 126.2.

Perhaps this is best highlighted by the resurgence of Austin Meadows. A disappointing 2020 led those to wonder if he could bounce back to the form that made him the initial key part of the trade that sent Chris Archer head to Pittsburgh in return for Glasnow, Meadows and minor-league pitcher Shane Baz.

Having trimmed down over the offseason, Meadows has not lost any of his undoubted power but has been able to add consistency. He’s hitting .395 with five home runs during a 10-game hitting streak and his 39 RBIs since May 2 lead all of baseball.

Mike Zunino is also enjoying a renaissance 2021 season. The much-maligned catcher, whom the Rays put a lot of stock in for his ability behind the plate in terms of pitch-framing, hit just .161 over his first two years with the franchise.

However, the third overall pick back in 2012 has found a power stroke at the plate. Though he’s only hitting a slightly better .197, Zunino ranks second among all big-league catchers with 12 home runs in 122 at-bats after he totaled 13 dingers in 341 at-bats from 2019-20.

It’s probably best to address the elephant in the room here. Of course, much excitement surrounds Wander Franco, the unanimous No. 1 prospect in baseball. And when the club traded Willy Adames to the Milwaukee Brewers, there was an expectation that Franco would come fill that spot.

Of course, there are many options when it comes to the game’s top-ranked farm system. And Taylor Walls has taken advantage of his opportunity, hitting .262 with four doubles and four RBIs in 15 games. Vidal Brujan, another highly rated prospect, will likely be the next to get the call while Franco continues to develop time with the Bulls, aiming to win more steak and add to his five home runs in 115 at-bats at Triple-A.

For Rays though, there can be no let up. The Boston Red Sox, led in the front office by former Rays senior vice president of baseball operations Chaim Bloom, are close behind with five straight wins (including a sweep of the Yankees in the Bronx).

If the Rays are to make it back to the World Series, don’t be surprised if a four-game set in Tampa Aug. 30-Sept. 2 and a three-game series in Boston from Sept. 6-8 decide the outcome.