Will Vladimir Guerrero Jr. Be Even Better Than His Hall of Fame Father? | The Analyst 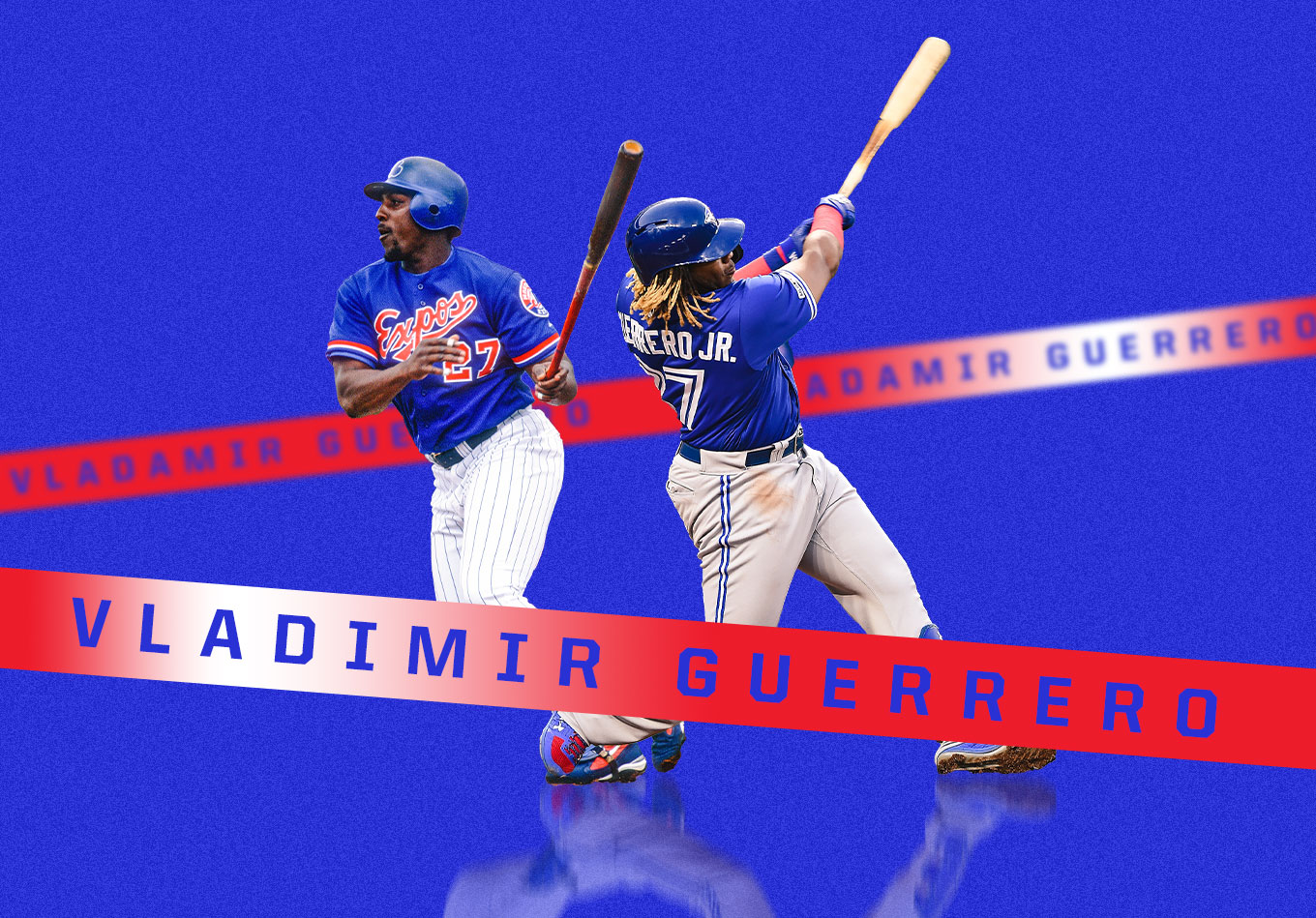 Will Vladimir Guerrero Jr. Be Even Better Than His Hall of Fame Father?

Vladimir Guerrero is a name that’s synonymous with baseball.

Guerrero Sr. was one of the game’s most feared hitters during a stellar 16-year career that included an American League MVP, nine All-Star selections and eight Silver Slugger Awards.

Powerful just like his dad, Guerrero Jr. is now flying the family flag and living up to the hype. He’s playing a leading role for the young and exciting Toronto Blue Jays as they try to build toward their first World Series title since 1993.

From Prospect to Star

Guerrero Jr.’s success is no surprise. He had long been on the radar when the Blue Jays signed the top international free agent in 2015.

Before making his major league debut in 2019, he worked his way through the minor leagues – initially with the Rookie Advanced Bluefield Blue Jays before opening the 2017 season with the Class-A Lansing Lugnuts. He then joined the Advanced-A Dunedin Blue Jays later that year.

John Schneider, now part of manager Charlie Montoyo’s coaching staff on the big-league club, was the skipper at Dunedin that year. His loaded roster included not only Guerrero Jr., but Bo Bichette, Cavan Biggio, Lourdes Gurriel Jr. and Danny Jansen. Guerrero Jr. finished the season with a .333 average with six homers and 31 RBIs.

“Everyone sees the talent and the name obviously because of his dad and all that kind of stuff. But just how intelligent he is… and him as a team-mate and person,” Schneider said. “His teammates love him. He loves coming to the yard and playing every day, having fun.

“It’s been cool to watch him transform himself from a young kid with a ton of talent and having fun to a really established, difference-making major league hitter right now.”

Guerrero Jr., who was born in Montreal, is batting .310 with seven homers and 23 RBIs while boasting a .447 OBP and .995 OPS – all career highs through 33 games in his third season in the majors. He’s also eighth in the majors with a raw value+ of 169.2. His 456-foot moon shot against the Kansas City Royals on April 15 put him in esteemed company in terms of distance this season, while his max 116.1 exit velocity is a number not many in the sport can even dream of matching.

A popular player with an infectious smile, the 22-year-old Guerrero Jr. also celebrated an accomplishment beyond even what his famous Dominican father achieved on April 27 when he launched three home runs – two off Washington Nationals ace Max Scherzer – and drove in seven to become the youngest player in MLB history to achieve that feat.

He also hit his third career grand slam in that contest to become the youngest player since Alex Rodriguez (20 years and 345 days in 1996) at the time of his third slam.

“We’ve always kind of seen him as a hitter, being this talented and hitting the ball hard,” Schneider added. “But being able to watch him and look at advanced reports, have a much better plan going into every game has been a big difference. Watching him evolve at first base and third base for that matter has been great. You get the exceptional offense and forget that he is 22 years old and there is always going to be continued development throughout the course of his career.”

During the coronavirus-shortened 2020 season, Guerrero Jr. finished with a .262 batting average and nine homers as the Blue Jays returned to the postseason for the first time since 2016. He had one hit as Toronto bowed out in the wild-card round at the hands of eventual AL champion Tampa Bay Rays.

Guerrero Jr. is now reaping the rewards after an intense offseason in which he shed the pounds between the playoffs in October and spring training in February.

His walk percentage has rocketed from 8.2 in 2020 to 17.7 this season – a plus-9.5 differential that is the largest increase so far in 2021, ahead of the Houston Astros’ Yuli Gurriel (plus-7.7), Los Angeles Dodgers infielder Max Muncy (7.5), Detroit Tigers outfielder Robbie Grossman (7.5) and Nationals outfielder Victor Robles (6.7).

“Throughout the course of his career, in the minors, he was always finding himself in good counts,” Schneider explained. “Part of it was people were very careful with him and I think it’s a little bit different in the minors command-wise. Now, the biggest thing is that he’s doing the same thing – you look up and it’s 1-0, 2-0, 2-1 and he is laying off of borderline pitches where I think in his first two years he was putting in play.”

Guerrero Jr. has also been solid with the glove at first base. He ranks fifth in the majors for the most total fielding chances without committing an error (228) this year.

In the grand scheme of things, Vlad’s career is still in its infancy and he has barely scratched the surface of his potential, but he is on track to follow in his dad’s footsteps, and then some.