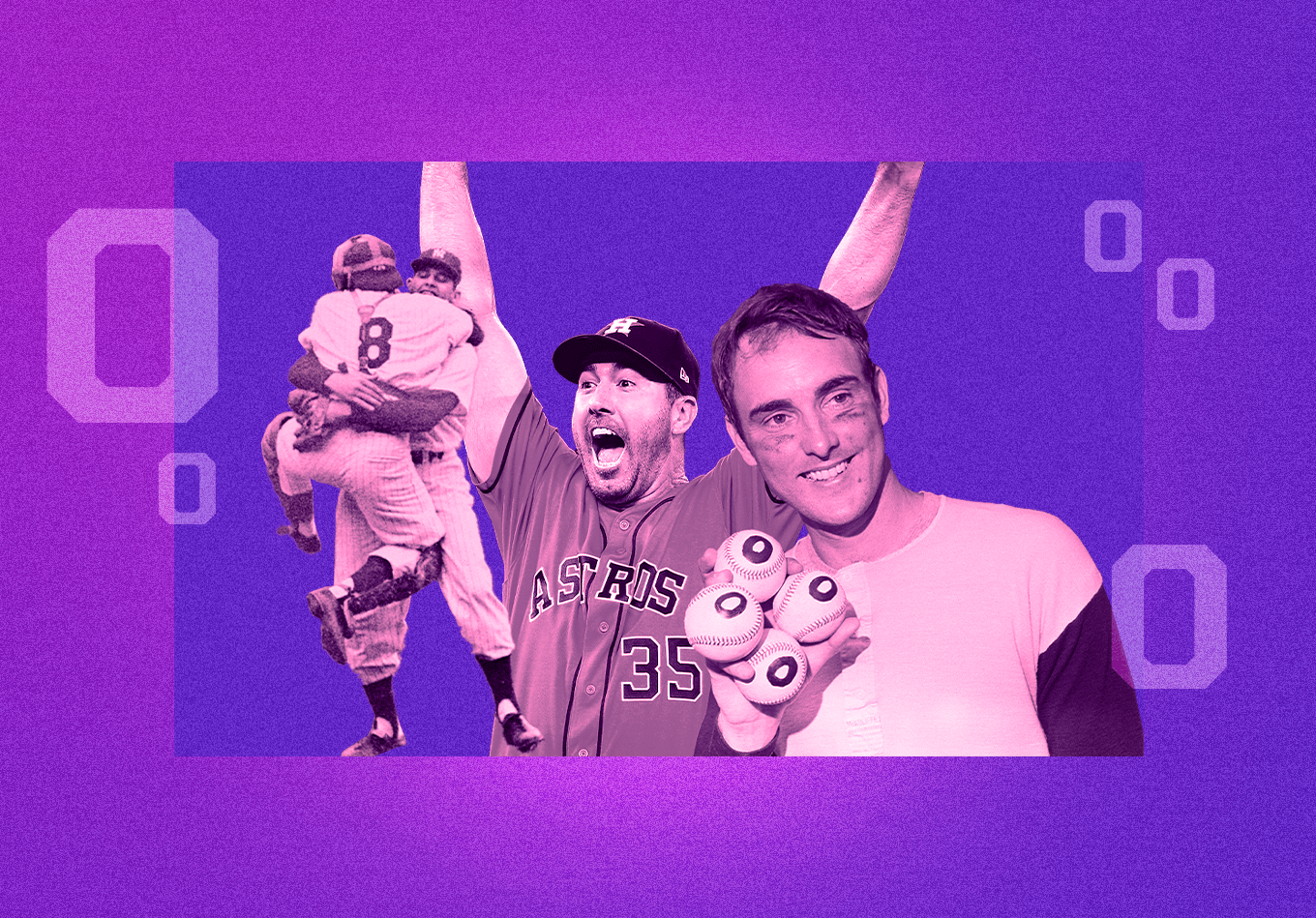 Not All No-Hitters Are Created Equal

The avalanche of no-nos has fallen at a historic level in 2021. In celebration of this year’s bunch, we assess where those gems sit historically while also taking a look at some of the most interesting no-no rankings of all time.

Is it a fluke? Is it a product of the times? We can debate for ages on the reasons it might be the case. But what once seemed to be a rarity is now almost a weekly occurrence.

And that’s hardly an exaggeration. We are more than seven weeks into the season and there have already been seven no-hitters thrown if you include Madison Bumgarner’s controversial seven-inning gem against the Atlanta Braves on April 25 (an official no-hitter has to go at least nine innings).

Even the six “official” no-nos are the most we’ve ever seen before June in a single season.

Major League Baseball’s record for any given season? Eight in 1884. The modern-day mark is seven set in 1990, 1991, 2012 and 2015. We’re on pace for about 20 official no-nos. Entering this season, there had been an average of about two per year dating back to 1876. And that includes the 14 no-nos that have been thrown by a combination of the starting pitcher and relievers.

Because this feat no longer feels “rare,” some fans and media are concerned that the all-or-nothing approach of today’s batters is leading to a watering down of this once great, historic accomplishment. The MLB-wide batting average of .237 so far in 2021 is the lowest it has been since 1968, which was such a big deal at the time that the league decided to lower the mound, and the strikeout rate of one every 4.2 plate appearances is on pace to be an all-time high yet again.

At the same time, others are relishing the fact that one of the most exciting, quick-turn-on-the-TV moments in all of sports is happening with greater frequency.

We’re celebrating this year of the no-no by unveiling the game’s no-hit kings in various scenarios, excluding combined no-hitters. There are some categories we aren’t able to measure, like the number of no-hitters thrown while under the influence. We can only assume that distinction goes to Doc Ellis of the Pittsburgh Pirates, who fired a no-no on June 12, 1970, and later confessed that he was on LSD at the time.

As one can imagine, the right-hander was far from perfect in that outing, walking eight while striking out six. His walk total is actually tied for the third highest in a no-hitter (since 1901) behind Cincinnati Reds hurler Jim Maloney’s 10 free passes in 1965 and Florida Marlins right-hander A.J. Burnett’s effectively wild no-no in 2001.

Edwin Jackson of the Arizona Diamondbacks might have needed to ice down his arm for days following his eight-walk effort against the Tampa Bay Rays in 2010. The right-hander threw 149 pitches in that contest, the most in a no-hitter since pitches began to be tracked in 1988.

In case you’re wondering, the late Darryl Kile had the fewest number of pitches in a no-no since ’88. The Houston Astros right-hander needed just 85 in a masterpiece against the Mets in 1993.

But were those grind-it-out, high-walk efforts the worst no-hitters of all-time? Maybe. But then again, there was also Chicago Cubs right-hander Alec Mills, who only got five swings and misses and walked three while striking out five in a no-hitter in Milwaukee in September. That tied Dallas Braden of the Oakland A’s for the fewest whiffs in a no-hitter since 1988. Braden also had five in his 2010 perfect game.

To further the point, only four of the 57 individual no-hitters since 2000 have had five or fewer strikeouts. And only Mills and Francisco Liriano of the Minnesota Twins had at least three walks to go with them.

Getting back to this season, after Joe Musgrove – probably the last member of the vaunted San Diego Padres rotation expected to throw one – twirled his no-hitter on April 9 and Chicago White Sox left-hander Carlos Rodon did the same on April 14, John Means of the Baltimore Orioles joined elite company by throwing one while striking out 12 and walking none. Felix Hernandez is the only other AL pitcher to fan at least 12 while walking none, and he did so in a perfect game for the Seattle Mariners on Aug. 15, 2012.

Who had the most strikeouts in a no-hitter? Max Scherzer of the Washington Nationals fanned 17 without a walk against the New York Mets on Oct. 3, 2015 – just three months after his first no-no. California Angels right-hander Nolan Ryan (more on him later) struck out 17 with four walks against the Detroit Tigers on July 15, 1973 – exactly two months after his first no-hitter.

Just two days after Means’ performance, Wade Miley tied a single-season record (already) by becoming the third left-hander to fire a no-hitter in 2021. It’s the first time three lefties have thrown no-nos since Randy Johnson, Fernando Valenzuela and Terry Mulholland did it in 1990.

The others to do it? Sandy Koufax of the Los Angeles Dodgers, Bo Belinsky of the Los Angeles Angels and Jack Kralick of the Twins in 1962 and Ed Morris of the Columbus Buckeyes, Dick Burns of the Cincinnati Outlaw Reds and Ed Cushman of the Brewers in 1884.

Only 11 days passed following Miley’s effort when Spencer Turnbull took a 9-25 career record into his start against the Mariners. The right-hander sure looked like an ace to Seattle, which was no hit for the second time this season. Turnbull became the first pitcher in the modern era (since 1901) to throw a no-no after entering the game with a sub-.300 career winning percentage (minimum 10 decisions).

And the very next night, the avalanche of no-hitters continued. New York Yankees right-hander Corey Kluber’s masterpiece against the Texas Rangers on May 19 gave the league its first no-nos on back-to-back days since April 30 and May 1, 1969.

It wasn’t only a no-hitter for the Big Unit, then a 40-year-old starter with the D-backs, it was also the 17th perfect game in MLB history and meant Johnson had become only the fifth pitcher to throw a no-no in both leagues.

The intimidating left-hander set a record that still stands at 5,099 days between no-hitters after he had thrown his first with the Mariners during that previously mentioned 1990 season.

Most Days Between No-Hitters – All Time

Back to Kluber. His improbable no-hitter was the 12th in Yankees history. And any time New York’s no-nos are mentioned, you have to add the phrase ‘including the postseason.’

That’s because of Don Larsen’s legendary perfect game against the Brooklyn Dodgers in Game 5 of the 1956 World Series. How many others have thrown a no-hitter on the game’s biggest stage in the playoffs?

Only one. The late Roy Halladay of the Philadelphia Phillies, who no-hit the Cincinnati Reds at Citizens Bank Park in Game 1 of the 2010 NLDS.

We’ll have to wait a while until we get the chance to see history made on the mound in the postseason this year, but at the rate no-hitters are being thrown, could we see someone throw no-nos days or weeks apart?

Aside from Cincinnati’s Johnny Vander Meer, who threw back-to-back no-hitters just four days apart in 1938, the shortest span between no-nos is Ryan’s previously mentioned 61 days in 1973.

Fewest Days Between No-Hitters – All Time

It also seems possible that a young phenom could come up and hold a team hitless in one of his first big-league starts. That pitcher, however, would be joining an exclusive club. Dating back to 1901, only Bobo Holloman of the St. Louis Browns in 1953 and Wilson Alvarez of the White Sox in 1991 have thrown no-hitters for their first career win.

Meanwhile, with plenty of time left in the season, Musgrove, Rodon, Means, Miley, Turnbull and Kluber now have an opportunity to equal the big-league record for no-hitters in a single season. Vander Meer (1938), Allie Reynolds (1951), Virgil Trucks (1952), Ryan (1973), Scherzer (2015) and Roy Halladay (2010; including the postseason) are the only pitchers to throw multiple no-nos in a season.

But in today’s era of limiting stress on pitcher’s arms and avoiding excessive workloads, there’s one area in the no-hit record books that might never been matched – the extra-inning no-no.

Only four pitchers in MLB history have taken a no-hitter through 10 innings, and Maloney was the last to do in his 10-walk effort in 1965.

Given that he may have had no clue where the ball was going much of the time, it’s safe to say that Maloney was fortunate to complete his no-hitter and beat the Cubs 1-0 that August day.

Dean Chance of the Twins and Joe Cowley of the White Sox were also lucky to come away with their no-nos. Chance walked five and allowed a first-inning run in a 2-1 win over the Cleveland Indians in 1967, while Cowley, who only pitched in five big-league seasons, walked seven and struck out eight in a 7-1 win over the Angels.

Dating back to 1913, they’re the only two pitchers to allow an earned run while throwing a no-hitter.

Who wasn’t so lucky? Houston Colt .45s right-hander Ken Johnson, who became the only pitcher in baseball history to throw a no-hitter – and lose – on April 23, 1964.

The knuckleballer pitched well enough, striking out nine while walking only two. But two errors in the top of the ninth inning – one by Johnson on a bunt attempt by rookie Pete Rose and the other by the normally surehanded Nellie Fox at second base – led to the Reds’ 1-0 victory.

On July 1, 1990, Andy Hawkins of the Yankees threw an eight-inning no-hitter (so unofficial) but lost 4-0 to the White Sox thanks in part to three New York errors.

From tough luck to the guys who didn’t need luck, this is the ultimate list. The who’s who of no-hitters in baseball history. And the guy at the top was feared by opponents every time he stepped onto the mound.

For those who did try to stand up to him, it didn’t end well. Right, Robin Ventura?

There are plenty of legends on this list, but you guessed it, the Ryan Express is the king of the no-hitter. He also remains baseball’s all-time strikeout leader with 5,174 career punchouts.

Perhaps what’s most remarkable about Ryan’s no-nos is that all seven of them came against teams that finished that season with a winning record. No one else in big-league history has more than two no-hitters against winning teams.

Who has a chance to catch him? Well, no one realistically right now. But if veteran right-hander Justin Verlander is able to get back to his previous form, he could move into a tie with Koufax for second on the all-time list with one more no-hitter.

Otherwise, the best bet is on the previously mentioned Scherzer approaching Koufax. The 36-year-old right-hander has thrown a pair of no-hitters and continues to have no-hit stuff with a raw value- of 55 that ranked seventh in baseball entering the week.

With the hits so difficult to come by in 2021, we’re not ruling anything out. 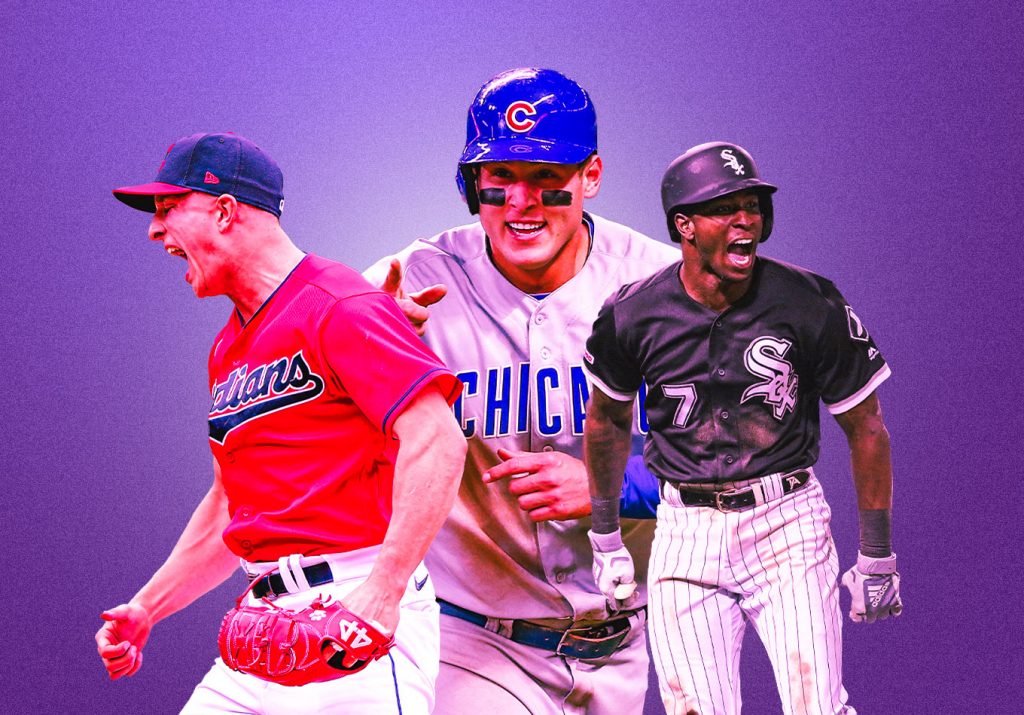 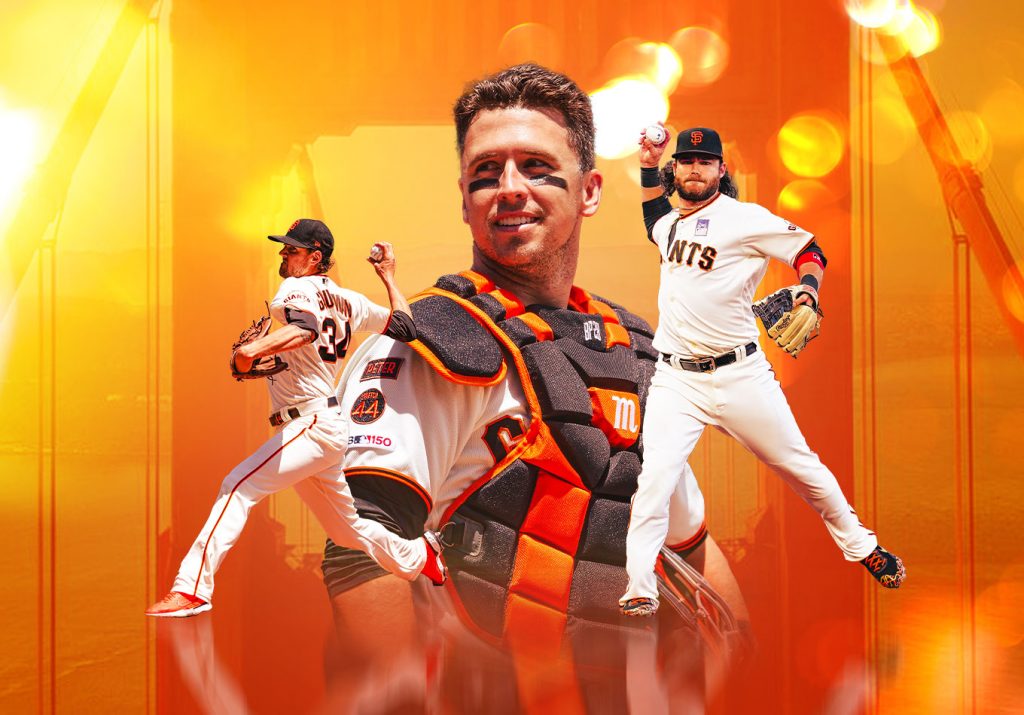 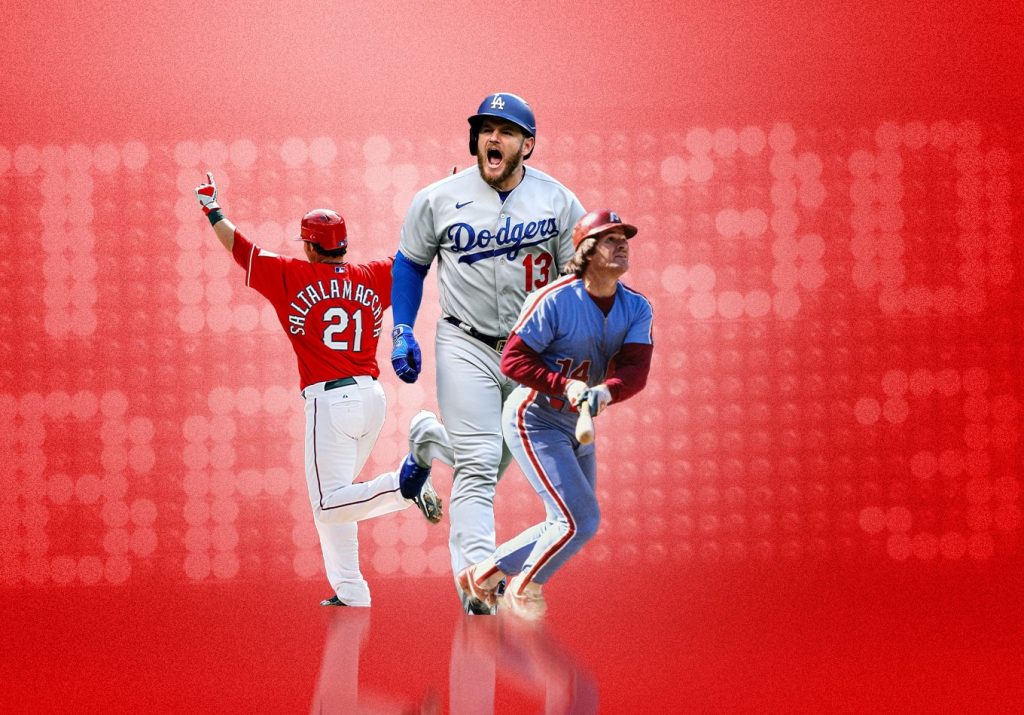