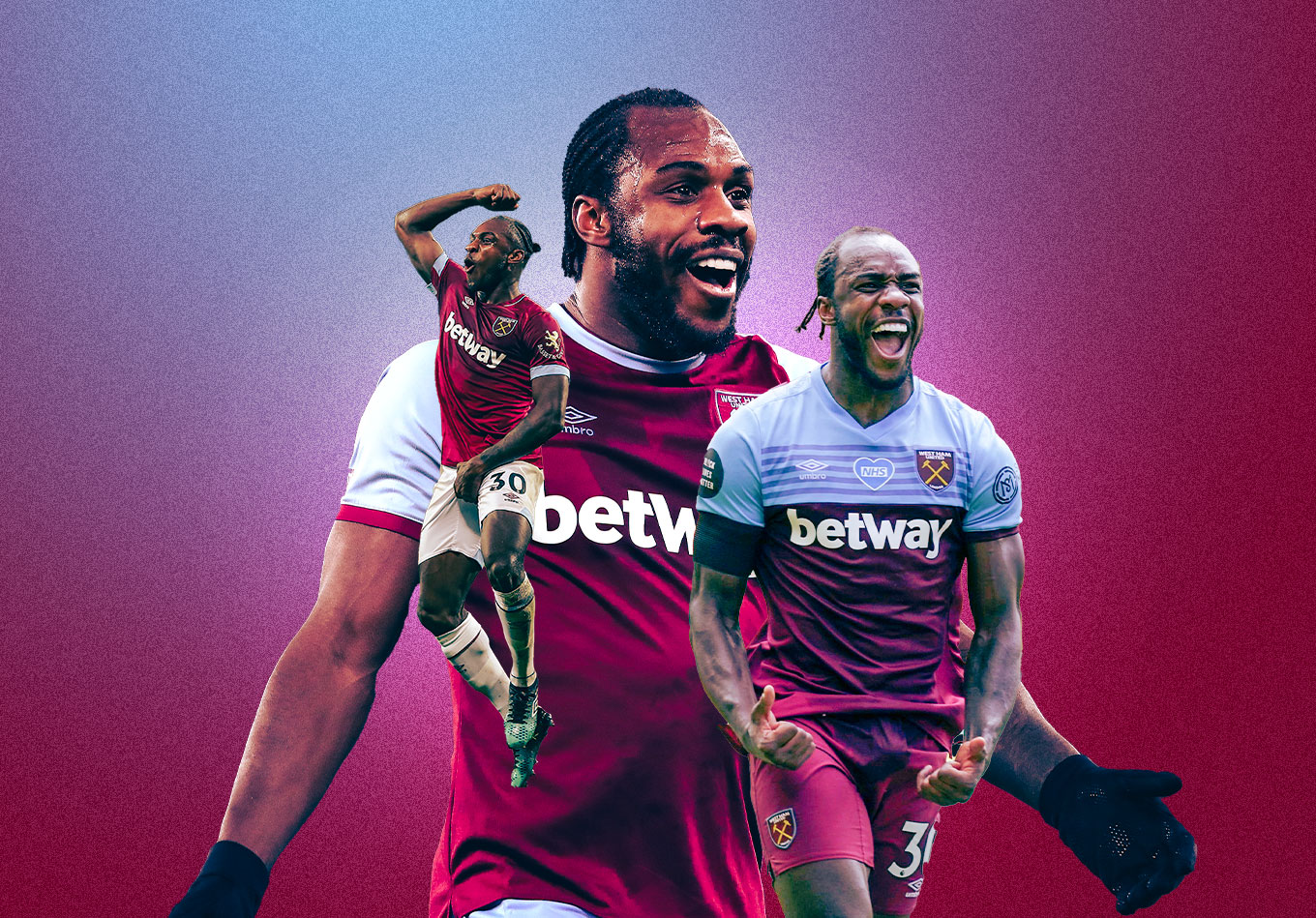 Age Ain’t Nothing But a Number: Michail Antonio’s England Oversight

However, there will also be a number of men who tick the most important boxes for the squad, and will still be nowhere near it.

One of these men is Michail Antonio, a man with multiple previous England call-ups who is symbolically so far from the current squad that he is expected to represent Jamaica in the upcoming CONCACAF Gold Cup. As discussed, as far as the England eligibility stakes go, ‘literally playing for another national team’ puts you pretty far down the list. But as Southgate embarks on his first Euros campaign as England boss, might he be left regretting the decision to let Antonio turn his attentions elsewhere?

Sure, there’s invariably enough discourse around the England squad to restart an entire economy, and that’s without getting into layers beyond which of the million eligible right-backs is considered 1% more suitable for the setup than the others. It may well be that England are doomed to forever shimmy from hope to disappointment due to a Béla Guttmann-style curse the nation has already wiped from its collective memory, but which is no less powerful for it. This. Might. Not. Mean. Anything.

Our role here is to crunch the numbers and provide some insight into what might have worked based on the information we have in front of us. Which is where Antonio comes in.

On the surface of things, Antonio’s age might jump out as a justification for excluding him from the squad. For reasons which aren’t always entirely fleshed out, international managers are often expected to value youth over experience with a view to building towards an amorphous future, ignoring the fact that the manager in question has no guarantee of overseeing said future. Among the men in charge of the eight favourites for the tournaments (per bookmakers’ odds), only three have been in their position for more than five years, and one of those three will be leaving after the tournament’s conclusion.

The idea that a national team can deliver after moving from Sam Allardyce to Southgate, or Dick Advocaat to Ronald Koeman, supports the idea that we might be better off viewing the international manager as a temporary overseer rather than the midpoint in a consistent run between points A and C. More than a substitute teacher, but less than a tenured professor. However, even if we’re taking steps to future-proof international squad structures, there’s reason to believe a 31-year-old Antonio and a 31-year-old Harry Kane, for example, are not the same.

While Antonio’s age might be cited by some as evidence of him not being a longer-term option, he has played fewer senior competitive games than Kane, a man more than three years his junior. Furthermore, those who have reached the top level later in their career can bring into question the received wisdom over supposed peaks.

This is not to suggest there’s some kind of Fountain of Youth quality which only presents itself when you play at a level below the National League, but Jamie Vardy (a Northern Premier League player at 18) and Ian Wright (a Sunday league forward at the same age) both enjoyed 23-goal Premier League seasons in their thirties. Contrast this with those who racked up the minutes as top-level teenagers and you’ll see Wayne Rooney’s last 15-goal season in a top-five league came aged 28, Fernando Torres’ at 26 and Michael Owen’s at just 24.

Antonio might not have managed the same just yet, but his underlying numbers suggest someone whose peak doesn’t follow the same rules as those who took a quicker path to the top. His big chance conversion percentage in 2020-21 sitting at just over 47% – a 10% year-on-year increase and a substantially higher return than fellow England prospects such as Ollie Watkins, Patrick Bamford and Marcus Rashford – might be read as the return of a man finding his feet as an out-and-out forward rather than hitting a wall.

This has also come in a season where he has taken more punishment than most, being fouled once every 52.1 minutes. That’s more frequently than almost any England striker – only Kane, at 50.1, has him ‘beat’ in that respect – while he won more fouls than anyone else in the group (including Kane) in 2019-20.

While the idea of a well-travelled pro usually refers to movement from one club to the next, in Antonio’s case it relates to positions on the pitch. Since joining West Ham under Slaven Bilić, the former Tooting & Mitcham player has featured at full back, wing back and on either wing before settling into his current role as a central striker.

Like a particularly literal German language student, David Moyes has regularly looked at a nine and said ‘no’. Tim Cahill and Marouane Fellaini both nominally led the line for him at Everton, while Marko Arnautović was pushed forward from a wide role in the manager’s first stint at the London Stadium, and now Antonio – who had the occasional game in attack under Bilić and Manuel Pellegrini – has been Moyes’ leading man (or one of a front two) since his first start in the Scot’s second spell in early 2020. Honestly, for a manager with such affection for players who can do a job at right-back, Southgate’s failure to hand Antonio a single minute of senior international football feels like a personal attack.

The positional shift, in part, explains the drastic improvement in those underlying numbers. After averaging 0.36 non-penalty expected goals per 90 minutes in the 2016-17 campaign, where to describe his role as anything in particular would do a disservice to the performance art of Bilić’s tactics, Antonio’s output dropped below that mark for the next two seasons.

Over the past five seasons, the only forwards in or near the current England set-up to average north of 0.60 npxG/90 across a whole season are Harry Kane (0.65 in 2017-18) and Tammy Abraham (0.68 in 2019-20). Neither of those players, nor Danny Ings, Dominic Calvert-Lewin, Ollie Watkins, Patrick Bamford, Marcus Rashford, Raheem Sterling nor Mason Greenwood, has come within 10% of Antonio’s return this season. Which brings us back to the age thing.

The idea of a footballer making their tournament debut in their thirties isn’t as rare as it might seem, and it isn’t even necessarily a one-and-done situation (not that there’s any automatic problem with this).

At Euro 2016, for example, a 35-year-old Aritz Aduriz made his tournament bow for Spain, while Italy’s Graziano Pellè and Turkey’s Burak Yılmaz – born on the exact same day in 1985 like a B-List Ruud van Nistelrooy and Patrick Kluivert – both played and scored in France. And while Pellè’s last Azzurri cap came later that year, Yılmaz has been a key man for Lille and is expected to captain Turkey for their Euros campaign this summer.

While England had no debutants in their 30s at the last World Cup, a 30-year-old Iago Aspas had the honour for Spain – scoring against Morocco – and a 30-year-old Oribe Peralta scored a winner on his World Cup debut for Mexico four years prior.

We have to go back a little further for what might be the best example from an England point of view, though there are some non-attacking success stories from the interim (most notably a 31-year-old Scott Parker playing a big part at Euro 2012). There’s no obvious reason why players with West Ham United on their CV fit this so well, but Parker is one of many older tournament debutants to have spent time in east London, along with David James and Matthew Upson in 2010. And then we have the more instructive example, a 30-year-old Teddy Sheringham – long before his arrival at Upton Park – earning a seat on the plane coach for Euro 96. Yes, there will be counterpoints, though in Rickie Lambert’s defence there’s only so much you can do in three minutes on the pitch.

Sheringham had only made his senior England debut at the age of 27 (Antonio was 26 at the time of his first call-up under Allardyce), but famously scored his first competitive goals at that tournament and would go on to represent the Three Lions at two further major tournaments – so much for such inclusions representing a reluctance to look to the future.

Indeed, we only need to look at countless ‘team of the future’ predictions to appreciate how success as a teenager is not necessarily any more likely to bring longevity than success at a later stage of one’s career. Renato Sanches starred as the junior member of Portugal’s Euro 2016 triumph but failed to make the World Cup squad two years later, while the same fate befell Anthony Martial after his inclusion in France’s squad for their home championship at the age of 20.

If we want to extend the Euro 96 metaphor, Antonio’s surge in form syncs up ‘brilliantly’ with an inclusion on the back pages for the wrong reasons. Sure, England’s semi-final squad didn’t literally crash their collective car into a family’s garden while dressed as a snowman, but spiritually that’s exactly what happened.

There’s no magic bullet in international football, and the longevity of some talented youngsters is no reason to put one’s faith in a player solely because he is young. And while an international tournament should demand a manager select the best squad rather than the best individual players, such an approach ought to work in favour of the versatile rather than against them.

On the plus side as far as England are concerned, Southgate’s team won’t be left with the what-if of an eligible player representing another country at the same tournament, as could be the case with formerly France-eligible Aymeric Laporte turning out for Spain.

If you were sat there thinking this will help us avoid detailed post-mortems after anything less than a tournament victory, though, you’re likely to be mistaken. Thankfully,  those dissecting England’s failures rarely find themselves lacking in material with which to work. Consider this an effort on our part to get in early.