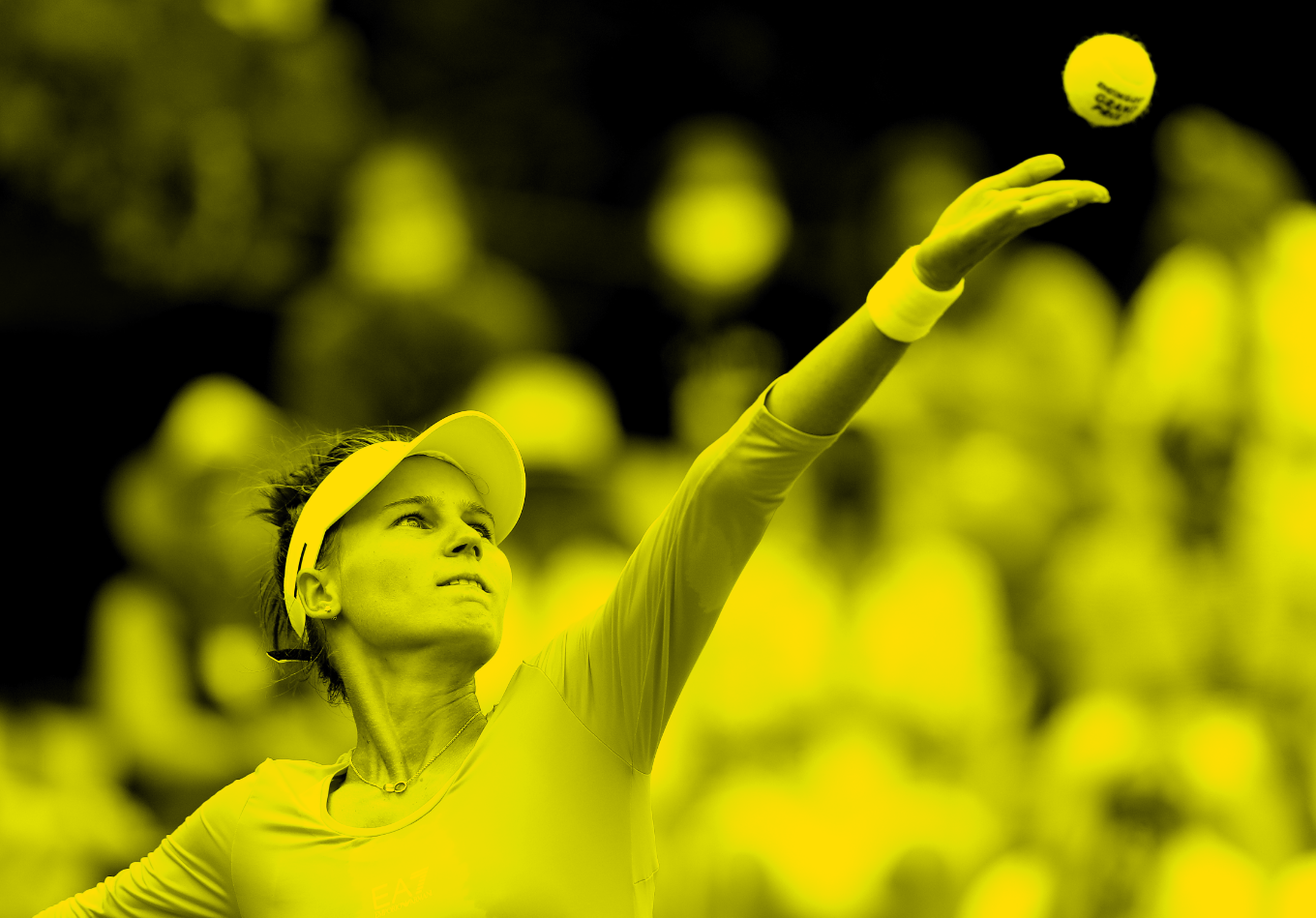 The Charleston Open has an illustrious hall of fame. And last weekend it welcomed a new member as 23-year-old Russian Veronika Kudermetova steamrolled through the draw to win her first career title. Will 2021 be her breakout year?

The WTA Tour has been resurgent in 2021 after COVID-19 wreaked havoc last year, and the big names of the sport have been lining up to reclaim their authority. With Serena Williams sidelined with injury since January’s Australian Open, there have been plenty of candidates attempting to push their way into the conversation among the world’s best. Naomi Osaka lifted the trophy in Melbourne, her fourth grand slam title in a little over two years and her second in a row. The Japanese star has not lost a grand slam match in more than 12 months. Despite that, she’s still not top of the rankings.

It’s Australian Ash Barty who has held that honor since 2019, when she finished the year by lifting the WTA Finals crown in Shenzhen. After a lengthy hiatus during the coronavirus pandemic when she chose to stay close to home, she returned to the court to win the Yarra Valley Classic in January. Earlier this month, she became just the sixth player to defend the Miami Open title, beating three top-10 players and former grand slam champion Victoria Azarenka en route to lifting the trophy.

Garbiñe Muguruza has also been reborn in 2021. The Spaniard had seen her ranking slip to No. 36 by the end of 2019, but under new coach Conchita Martinez, she seems to have rediscovered the type of form and consistency which saw her win two grand slam titles. She’s played three finals this year, more than anyone else in 2021, winning the title in Dubai and losing at the Yarra Valley Classic and Qatar. Throw in her epic round of 16 defeat to Osaka at the Australian Open, and the 27-year-old has shown she’s still capable of mixing it with the best.

The hardcourt season had seen every WTA 500 or 1000 event won by a current or former top-20 player. That trend was expected to continue as the tour moved to the green clay of Charleston, with Barty and Muguruza among the favorites for the Volvo Car Open, along with Petra Kvitová and Sofia Kenin. But for the first time in 2021, we saw an outsider challenge the established order.

Enter Kudermetova. The Russian has shown glimpses of her talents over the last few years as she’s battled her way into the top 100. She bested the fifth-ranked Elina Svitolina on her way to the final in Abu Dhabi in January. Turns out, that was to be the precursor to something special.

Last week, Kudermetova put together the sort of run in Charleston that most players only dream of as she surged to the first WTA title of her career.

Not since Serena Williams in 2012 has a player lifted the trophy in South Carolina without dropping a set. Kudermetova never even faced a set point as she blitzed through the field. She was the higher-ranked player in all six of her matches but never gave any of her opponents a look in. Her 6-3 6-4 win over former grand slam champion Sloane Stephens was particularly impressive.

At 5-foot-9, she doesn’t possess immense power from the back of the court like some other stars of the tour, but, like Barty, has the all-court game to compensate for that. And on serve, she showed herself to be at a different level to her rivals last week.

Her numbers make for impressive reading – 31 aces for the week taking her tally for 2021 to 130. That’s more than anyone else on the WTA Tour. It wasn’t just the aces though. She won 75% of points on her first serve, which is an incredible level to maintain over the course of six matches. Her mixture of power and consistency meant she was broken just six times in the tournament – no one who played more than once in the main draw was broken fewer times than that.

Kudermetova’s 6-4 6-2 win over Danka Kovinić in the final capped a well-earned triumph and sees her rise to a career-high No. 29 in the WTA rankings. She’s also fifth in the 2021 Porsche Race to Shenzhen standings. Her celebration after the win was somewhat muted, but she admitted she had battled to keep her emotions in check leading up to the final.

“Right now I’ve taken the pressure off my shoulders. When you win your first title you feel amazing because I think I deserve it. I work every day so I’m really happy,” she said. “Last night I didn’t sleep very well because I was thinking about the final, about winning the title, it was a nervous night.

“I try to put emotions out and just focus on the work. I try not to think about the result. I had no expectations when I came here. I said to myself ‘Veronika just keep working’ and I’m proud I could just focus on that. I played really smart and really well here, and the most important thing is to win the title. It doesn’t matter that I didn’t drop a set, it was most important to win my first title.”

Success at the Volvo Car Open has proved to be a good omen in the past. Kerber won two majors the year after her victory in Charleston in 2015, while Stephens went on to similar success after her title run in 2016. Jelena Ostapenko and Daria Kasatkina are two other nameswho have seen their stars rise after deep runs in South Carolina.

While it might be too soon to tip Kudermetova for grand slam success, she’s certainly shown she’s got the weapons and the temperament to make 2021 a breakout year.